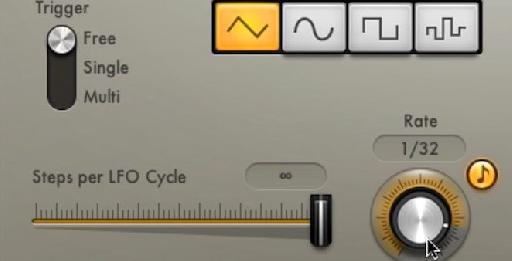 Language
Getting unique sounds and effects out of Logic Pro X doesn't have to mean taxing your Mac's CPU. G. W. Childs shows how to make use of the new MIDI FX plug-ins to get creating wherever you are.

I'm going to be honest. As I write this, I'm on a 2008 MacBook Pro. You may think this is just the computer I use to write, but, I'd also like to inform you that this is my main music machine as well. Granted, I have an iMac to give me a hand, also. But, it's the music portability setup that tends to get used the most.

Because my machine is as old as it is, I have to be careful with the amount of effects I use. This being said, I was more than happy to discover and start using the new MIDI FX devices that Apple included with Logic Pro X.

Real-time FX and Your CPU

Nothing will eat up valuable processing power faster than real-time FX. And, when you're running on a system as old as mine, every effect counts. As a result, I tend to use a lot of Auxiliary effects so that I might spread big effects around over different instruments. Some tracks, especially drums and bass require individual compressors, per track. This brings me to the first MIDI FX device from Apple...

Keep in mind this device is only really helpful if you are using an external MIDI device or a virtual instrument. If you're using either of these, let me explain how Velocity Processor can tighten things up, quickly. 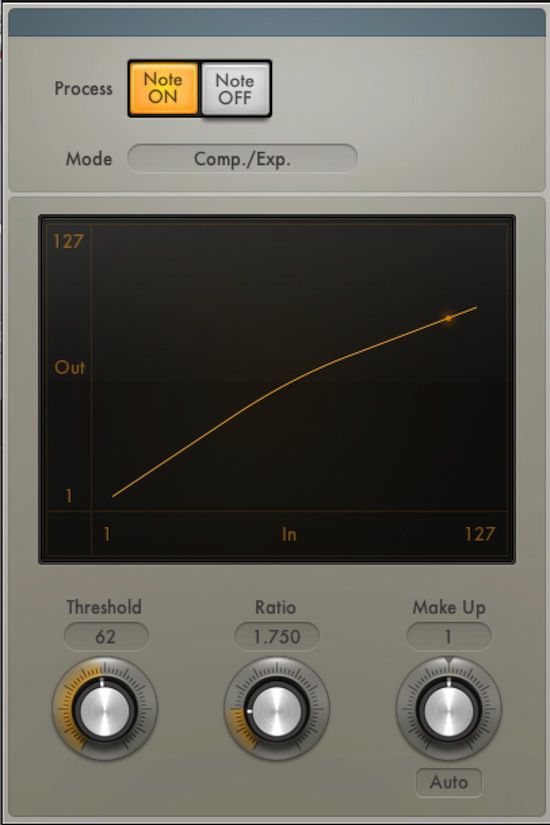 Velocity Processor's default mode is Comp./Exp., short for Compressor/Expander. And, it works visually just like a compressor. After all, there's a Threshold, a Ratio and a Make Up knob. There's even an Auto function that works similarly to Auto Gain. It works by applying a maximum velocity reference level, which is set with the Make Up knob.

Where the Velocity Processor comes in handy would be in situations where you've played out a really cool drum loop by hand. Except, you notice after doing a little light quantization that the hi-hat velocity is all over the map, along with the rest of the drums. This is all too common, because virtual drum module sound designers tend to make the kits highly velocity sensitive. Yes, you can go in and tweak the patch. But, instead, try this...

Apply a Velocity Processor to your MIDI Drum track

Lower the threshold to a comfortable level. Keep in mind the velocities will be lower until all of these settings are complete. 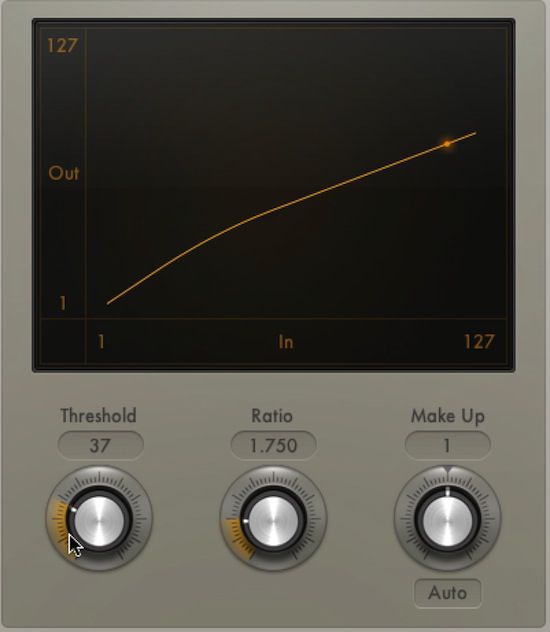 Increase the ratio so that the difference between the lowest and highest velocities becomes smaller and smaller. Again, everything will sound weaker for a minute. The end result, visually speaking, is having the small dot appear as close to the same place as possible. A little variation is fine, and up to you. Go by sound more than anything else. 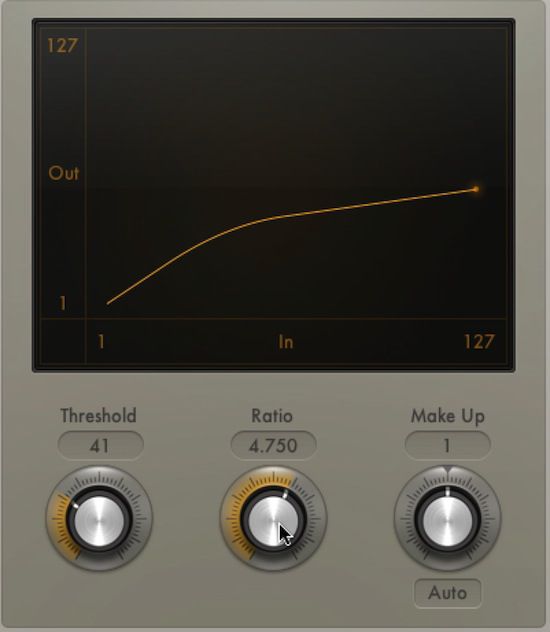 Increase the Make Up knob until you get a level and texture that sounds good to your ears. 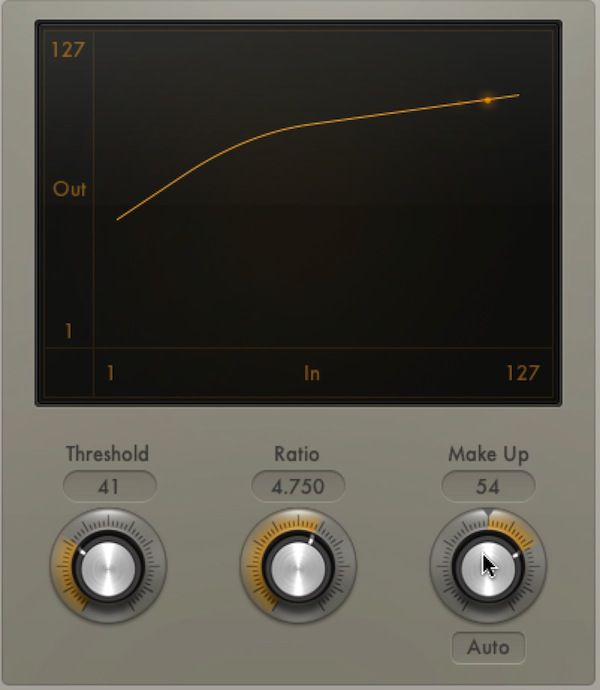 Remember that many synth and drum patches have their envelopes mapped to velocity. Meaning, that a harder hit on a keyboard causes a brighter sound, or possibly even another sample altogether. Make sure that Velocity Compression will work for your patch!

Another popular effect type would be chorus. Choruses make things sound bigger, and fatter by doubling the source signal, and then modulating slightly in and out of pitch. The end result winds up being a bigger source that really takes up some space in a mix.

Choruses don't tend to be terribly processor intensive. But, the trick that I'm about to show you can, if you let it, give you a bigger synth sound (especially for bass patches) without even having to use a shred of processing power.

To do this, we're going to use the Modulator MIDI FX device. Modulator is a wonderful tool that can be used to modulate certain parameters of the instrument that you are using through the use of its LFO (Low Frequency Oscillator) and Envelope, which can also be mapped to MIDI parameters for creating a pitch envelope effect, filter envelope, and so on.

Remember, I mentioned that choruses take things slightly in and out of pitch? Well, using the Modulator, we're going to do the exact same thing. Go ahead and load up a Modulator on a synth bass track.

As you can see, there are two sections, LFO and Envelope. The LFO (Low Frequency Oscillator) is designed to move whatever parameter it's assigned to, up and down. But, the way that it moves things up and down, and how fast, is up to you, through choosing a pattern and adjusting the rate. Before we do anything though, we need to choose a parameter to modulate or move up and down. Click where it says Mod Wheel, and switch it to pitch bend. 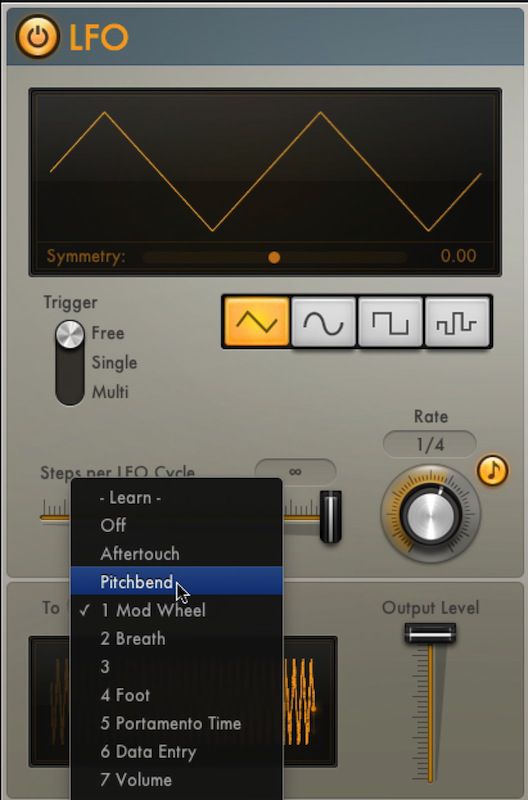 Immediately, you should begin hearing a big difference in what your bass, lead, or pad sounded like. There should be a wobbling in the pitch. This is good. Go ahead and increase the rate a little bit. Try a thirty second note. 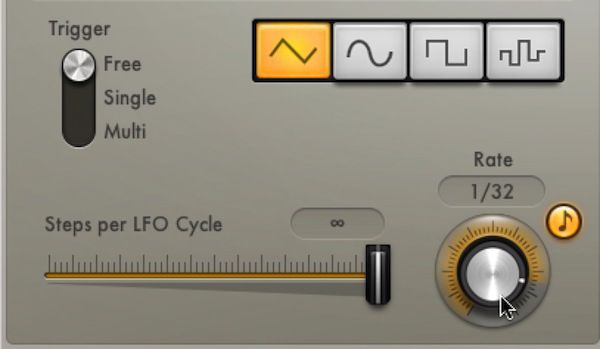 Now, lower the output level so that you are getting modulation, but not as thick as you were. The speed is still there, but the bending isn't as severe. Lower the output till it sounds a little less... wobbly. You may also choose to take the rate back, now that you can hear how things are at a lower intensity.

Hear that? It's just a little bit thicker, because it's a little bit detuned. It's a subtle effect that can really aid you in thickening up your own patches. And, we haven't even scratched the surface of what Modulator, or Velocity Processor can do.

Keep in mind we're at the very beginning of learning what Logic Pro X has to offer. There are a lot of tricks that haven't been uncovered, yet. And, I can guarantee, MIDI FX are going to be part of many of those new tricks.