Logic Pro X & MainStage: Making The Most Out Of The Partnership

Logic Pro X and Mainstage share more than a little DNA, and that means that using them together is easier than you might have thought. Here's how to do it in style.

MainStage was originally bundled with Logic Pro X in its infancy, but after a while it was broken off and offered on the app store at a ridiculous price of under 30 bucks. The amount of content you get with MainStage is fairly staggering, but the relationship that Logic Pro X has with its ‘live performance’ counterpart is only growing on a yearly basis. Let’s take a look at some of the cool ways you can connect the content in these apps.

Engine Under the Hood 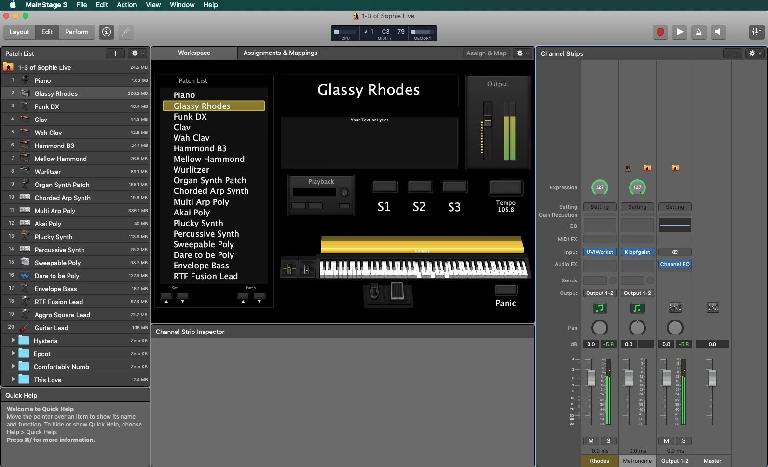 The main engine that powers MainStage shares its DNA with Logic Pro X in a huge way. If you’re a Logic user, your first day in MainStage won’t be totally foreign. The channel strips on the right side are set up exactly the same as mixer channels in Logic. Think of each one as a track that you can’t record on, only play with a MIDI controller or for routing live audio through FX. 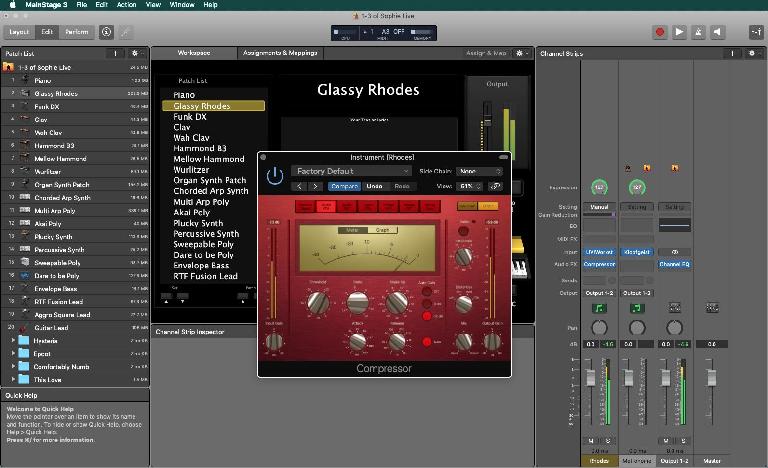 While we’re on the subject of FX, the effects you use in Logic will have parity with the effects you can use in MainStage. As you can see here, the user interface matches, the offerings are the same, and even your third party virtual instruments and AU effects will be the same. If you can run it in Logic, you can run it in MainStage. That leads us to…

You CAN Take It With You

Since the virtual instruments and effects are consistent between Logic Pro X and MainStage, you can feel free to save a preset in one app, then open it up in another. This is incredibly convenient if you’ve worked really hard to nail down the perfect guitar tone or aggressive synth patch and you want to use the same exact sound live as you did in the studio. Simply click on the ‘setting’ drop down menu at the top of the channel strip in either app. Choose ‘save channel strip setting’ and give your creation a name. When you open up the other app, if you click the same drop down menu, your custom patch will be saved there. This can be an FX channel strip for audio such as amp processing for a guitar, or a huge combo of virtual synth and effects that uses an AU instrument. 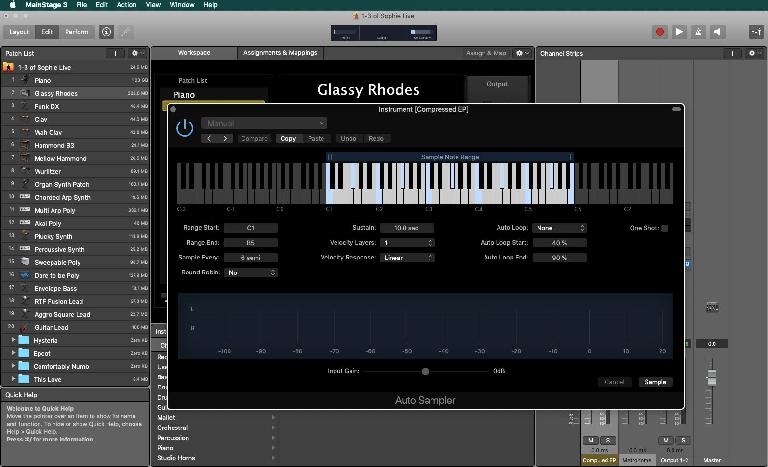 Ok, so that title needs some work. That shouldn’t distract you from one of the coolest features of MainStage and Logic Pro X integration - AutoSampler!! With AutoSampler you can sample vintage gear in a snap (we’ve got a great tutorial on this if you get stuck). Not only can you sample external gear, but you can sample combinations of internal virtual instruments. This way if you’ve created a huge and massive synth sound with layers upon layers that might choke your computer live, you can feed it into AutoSampler and turn that CPU chomper into a RAM muncher instead!

AutoSampler runs in MainStage only, but fortunately as we’ve discussed above, any instruments you create and save in MainStage will show up in Logic Pro X! So if you only have that vintage Moog on loan for a few days, you can use AutoSampler to siphon off your favorite presets, then open them up and use them as a virtual instrument in Logic Pro X at your leisure!

Become a Logic Pro and Mainstage expert with hundreds of pro videos: https://ask.audio/academy?nleloc=category/audio/application/logic

Enkerli
â€œthat title needs some workâ€
Care to workshop this? What were you trying to convey?