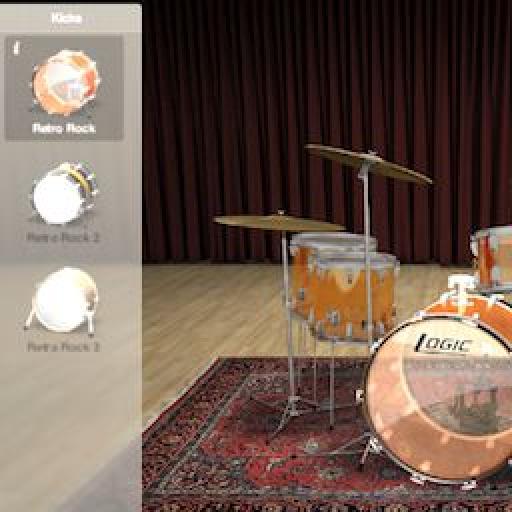 Logic Pro X already had me intrigued with Drummer, but Drum Kit Designer is also something really special. There are a lot of drum kits out there. We have BFD2, Oceanway Drums, the Abbey Road kits... I have to admit though, I'm always looking for more drum kits. It's an obsession of mine. I love old kits, new kits, red kits, blue kits. If I was a drummer I would be hopelessly poor because of my drum kit hoarding tendencies. 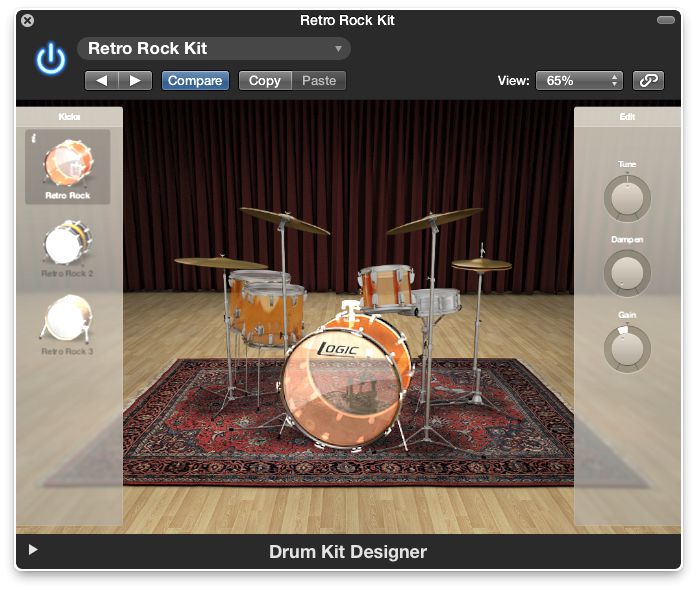 The Drum Kit Designer interface is clean and simple. What it lacks in terms of controls it makes up for with high-quality drum sounds.

Drum Kit Designer has some things going for it. It sounds really good. It's got a nice selection of the greats. From Ludwig to Yamaha, they have a nice range of kits to choose from. Editing the drum kits is very easy and choosing the pieces of a kit is also bonehead simple. The trick once we have our kit selected is to figure out how to properly prepare it for mixing.

Select the Multi Out instance of Drum Kit Designer.

Get the Mixer Ready to Receive

In the mixer, we find a single channel strip with the familiar '+' and '-' button. Hit that '+' several times. The Multi Out Drum Kit can create up to 16 auxiliaries for use with the drum kit. Personally? I think if you use 16 auxiliaries you might need your head checked, but of course I have been guilty of far worse! 

Get the Mixer ready to receive multiple outputs from the Drum designer plug-in.

The first five auxiliaries will automatically be named according to their corresponding drum kit piece. This is for the factory default kit, though. Try loading a different preset, say, Birch Kit?

Now, use the '-' button (bottom of the channel strip) to pull those auxes back in. Click again on the '+' button to expand them again. Whoa! That's quite a bit better. Now we get:

When the drums are broken out like this, we get choices we previously did not have. We can now process the room microphones, and pan our kit how we like it, audience perspective or drummer's perspective. We can also add all of these auxiliaries to the Main Window, select them all, and create a summing track stack for ease of organization and to help conserve precious real estate in the mixer GUI.

Drum Kit Designer loads presets ridiculously fast. Compared to BFD or Kontakt, it is really astounding. This speeds up workflow a lot. One thing that gets me about the drums in Drum Kit Designer is just how well these kits are sampled. The cymbals of any virtual drum kit are usually going to tell you a lot about the care taken in sampling the drums. Play the cymbals and listen to the variation. It's incredible. The optimization of the cymbal decay is also just wonderful. these cymbals can be placed in a mix without sounding like they are 'machine-gunning' (A term for drum kit samples that sound too similar every time they are hit).

Drum Kit designer also has many of the popular kicks and snares any producer would want. They may not be able to use the manufacturer's names in the kit pieces, but names like 'Black Beauty' and 'Noble and Cooley' will come to many producer's minds. As well as 'Zildjian' and 'Paiste' for cymbals. These are very nicely sampled drums.

Drum Kit Designer has a lot for us to explore. I hope you have as much fun with it as I have had!