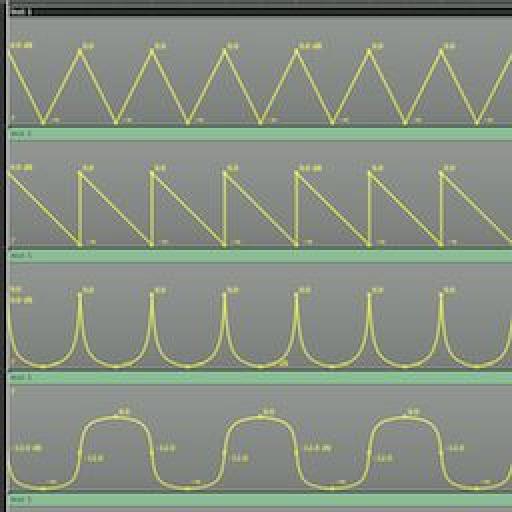 Language
Automation is often a big part of most Logic projects. In this tip Darren Burgos shows you how to create your own preset patterns you can apply to any automation parameter. A must read!

In today's world of electronic music composition, automation is used for much more than simply controlling the volume of your tracks. Nearly every parameter you can think of can be controlled through automation like pitch, LFO rate, filter cutoff, resonance, EQ, panning and more. Creating rhythmic patterns with automation can add life and texture to your songs. Wouldn't it be nice if there was a library of pre-made automation shapes you could drop in on your tracks?

When I'm producing, I'll often pull from a small library of shapes I've made and saved into a Logic Project. I can easily copy these pre-made patterns into my existing songs because they've been saved inside a standard region. This also makes it easy to stretch or compress the automation ...but we'll cover that in just a bit! 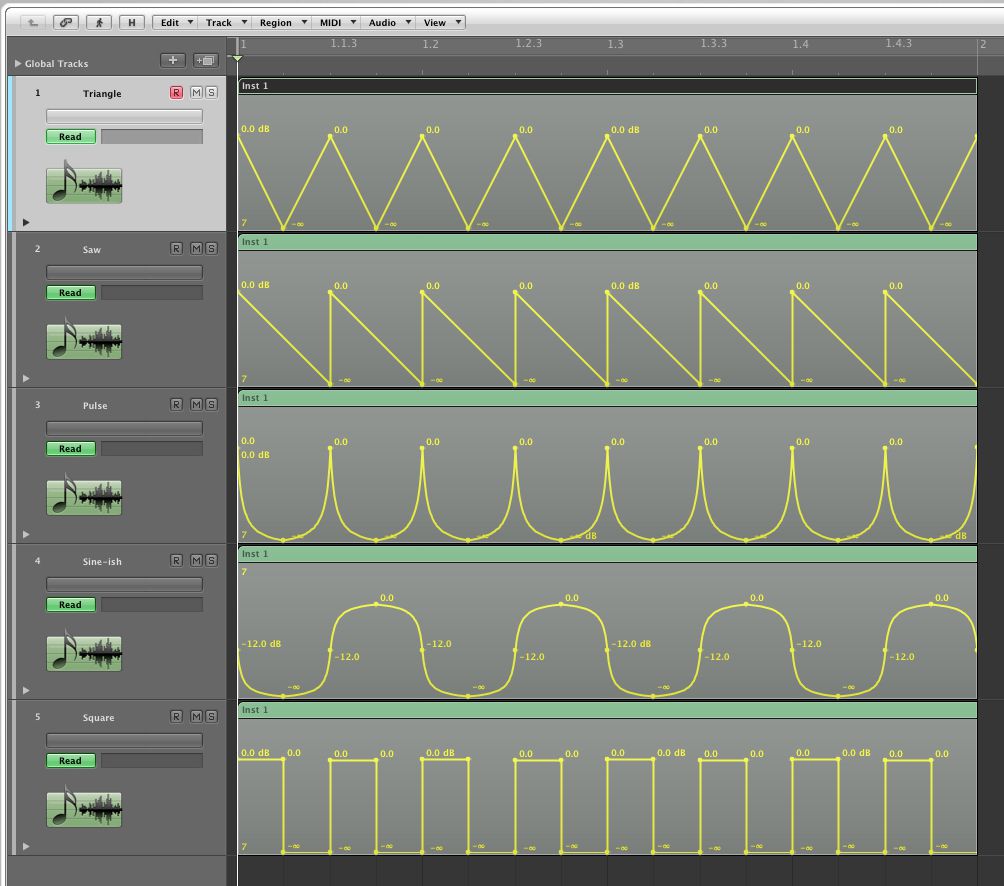 I've included a Logic Project called Automation Pattern Library. Download the project first. In this article I'll show you how easy it is to get these into your songs, and what you can do with them...

Open the Automation Shape Logic Template and copy the region of your choice with Command-C, then click back into the song you'll be adding the automation to.

Step 2 - Create a clone of the track

Click the track of the instrument/audio track you want to add the automation to, then from the Track menu, select “New with Same Channel Strip/Instrument.” This is a cool function that not many people use. It clones the selected track, but doesn't actually make a new one. It's still the exact same track you started with, but now you have a new lane to add things like automation in our case. 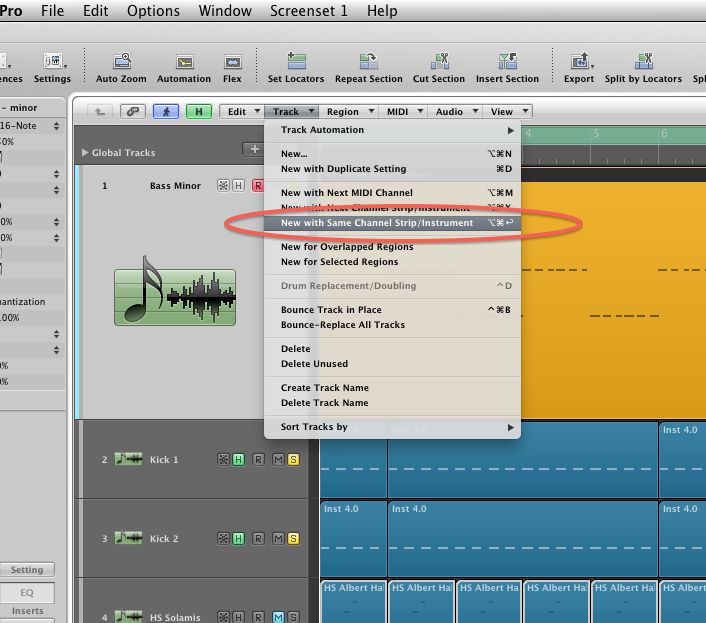 After you create the new track, place the timeline where you'd like the automation to start, and Command-V to paste it. The automation only lasts one bar, but I want the automation to last 4 bars. I'll copy it by Option-Click-Dragging the region 3 times. 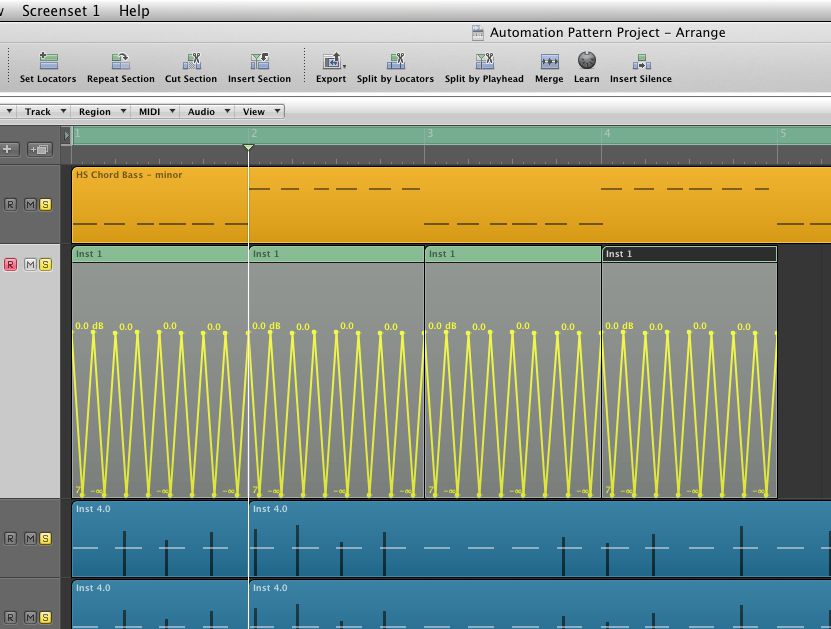 Step 5 - Convert automation to track based 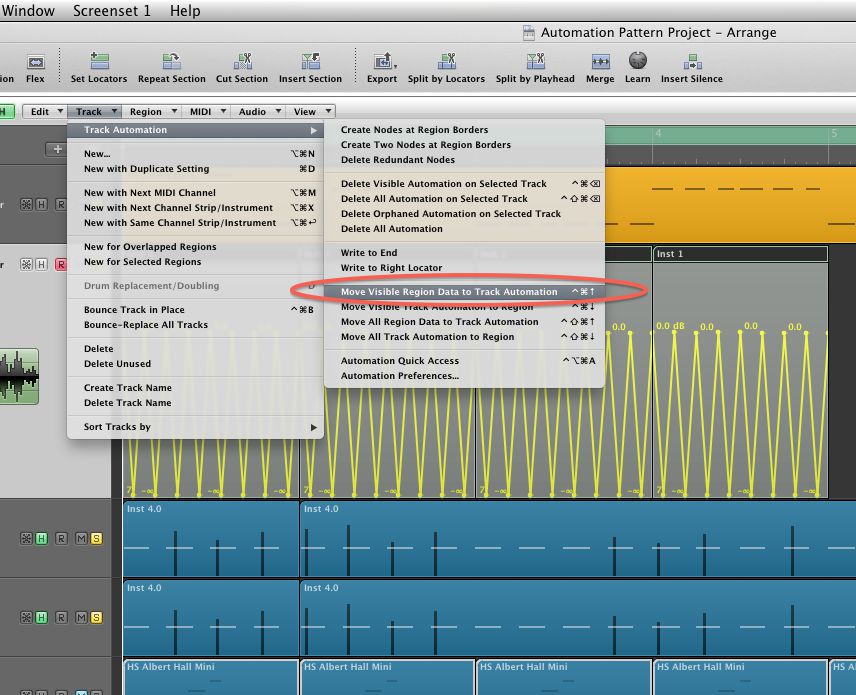 Step 6 - Toggle to view the automation

Now press A on your Mac's keyboard to toggle Track Automation. The automation contained in the region is volume, but we'll be changing that in just a moment. You'll notice that both the original track and the new one you created have the same automation of them... this clearly reveals the nature of the “New with same Channel Strip/Instrument” track. It really is, just a clone of the track above it. Step 7 - Convert automation to another parameter 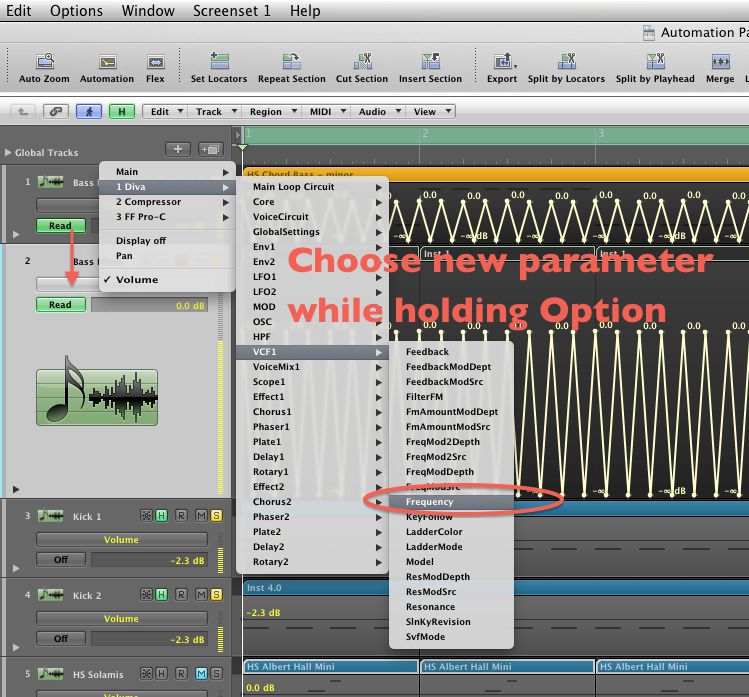 Now let's say you've decided that the pattern is too fast and you'd like it to play back slower. First make sure the automation selection menu is displaying the correct automation, then go back to the empty regions and select them. Merge the regions together with key command Control-= first, then select Track > Track Automation > Move Visible Track Automation to Region. This will place the automation back inside them. Now drag the region out while holding the Option key and the automation data will be time stretched to the length you choose. Hope you enjoyed the article!

vibrance
great tutorial- I get it all except the time stretching.

Words cannot express how grateful I am for not only the fantastic tutorial, but the invaluable project file! My production partner and I are automation junkies, so this "library" will save us loads of time with regards to drawing basic automation. We've often dreamed of a built-in shape library similar to Massive's Performer and hope that the fine folks at Apple will include it in Logic X when it's finally released sometime in the next 100 years. :-)

Darren Burgos
Hi Lostinthesound, that is great to hear! I appreciate your response so much, and yes, this could be an amazing feature added to the next Logic. Let's hope they read this! :)
Mat Monteiro
Cool Darren! Thanks a lot.
theupgrade
It's retard that Logic does not have a solution similar to Studio One. No workaround needed.


Mordichi
Wow, that looks fantastic, submitting feedback right now. You should too!
Mordichi
Hi, great tutorial! I managed to successfully follow through all the steps, but when I got to Step 8, I couldn't get the automation to 'time stretch'. Any ideas?
Rounik
Hi Adriane,

Are you holding down the Option (Alt) key when stretching the automation? Make sure your release the mouse button before releasing the Option key.

Hope this helps :)
Mordichi
Yes, I am. Still not working.. :(
Mordichi
Rounik, I'm a little confused here... in Step 8 above, it says to 'drag the region', but in your question to me, you asked whether I'm 'holding down the Option key when stretching the automation'. Which one is it? Do I drag the region or do I drag the automation? While holding down the Option key and clicking on the top right of the region to drag it, the cursor always turns into the Loop cursor, and I'm unable to drag the region.
Darren Burgos
Hi Adriana, this is the author of this article Darren. Since this was written, somewhere along the way of Logic updates it may have changed a bit. This worked perfectly at a point (see comments above it, and even the screen shot of me actually doing it), but you're right, stretching at the top of the region no longer seems to work.