Language
Parallel/New York Compression is all the rage right now to make that pumping sound but Serial Compression can also create impressive results. Gary Hiebner looks into the dynamics of audio!

Serial Compression is a technique where you use more than one compressor in a channel strip to achieve different dynamic results. Every compressor has its own character, and by using the characters of multiple compressors in serial you can create a sound which is dynamic and unique in its sound and 'color'.

In this article I will be using Logic's Compressor as it has many emulation modes that can be used. But I will also touch on a few 3rd party plug-ins that are great to have in your sound arsenal.

What is very interesting about Logic's Compressor is the inclusion of the Circuit Type menu. Here you can choose various circuit emulations that give different compression results. You get the Class A_R (a Neve 2264/33609 circuitry), the ClassA_U (a Vari-Mu circuitry emulator), the VCA ( a DBX 160/SSL emulator), the FET (Urei 1176 emulator), as well as Logic's own Platinum compressor circuit: 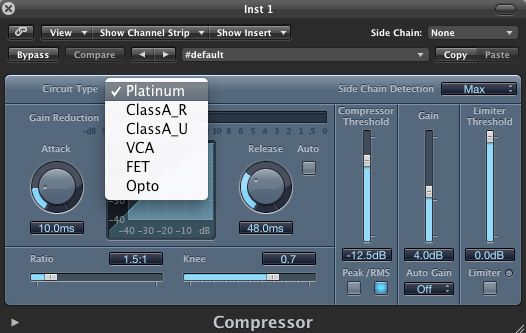 For more details on Logic's compressors you can read Mike Watkinson's article on building a Multiband Tube Compressor in Logic. He also explains the different circuit types in detail.

By using different settings from a selection of compressors you can really start to tailor your sound.

Where serial compression really comes in handy is with vocals. You can use the first compressor to gently flatten the dynamics of the vocals. You can then use a second compressor after this with a more aggressive setting to color the sound and give it a tonal character.

With my vocal track I have used Logic's Compressor with the VCA circuit. This is a fast, transparent compressor. It will help flatten the peaks in the vocal track. On your material adjust the attack and release settings to catch the peaks of the vocals. Then adjust the threshold so that you are getting between 1-2 dB of gain reduction. This will help level out the dynamics of the vocals. I am using a mild ratio of 2.3:1 and an Attack of 8.5 ms with a Release of 38.0 ms. I have pulled the Threshold down to -19 dB where I am getting a gain reduction of about -1 dB. This gives me a drastic Gain Reduction of -10 to -12dB. But I like how the slow Attack and fast Release reacts to my vocal audio, and how it colors the sound. Without having the subtle compressor in the beginning, my vocals will have reacted differently to the drastic compression setting, and they would have sounded quite different. Each compressor feeds off of the compressor before it. So you can really alter the dynamics of the sound with multiple compressors. 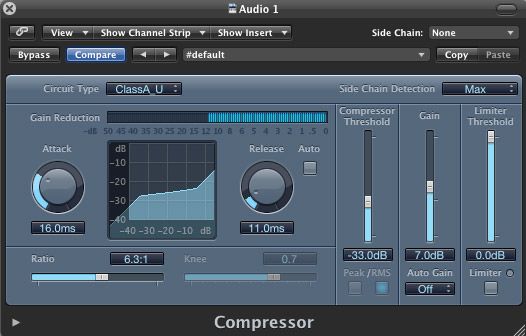 Here is a screenshot of my audio waveforms after each compressor: 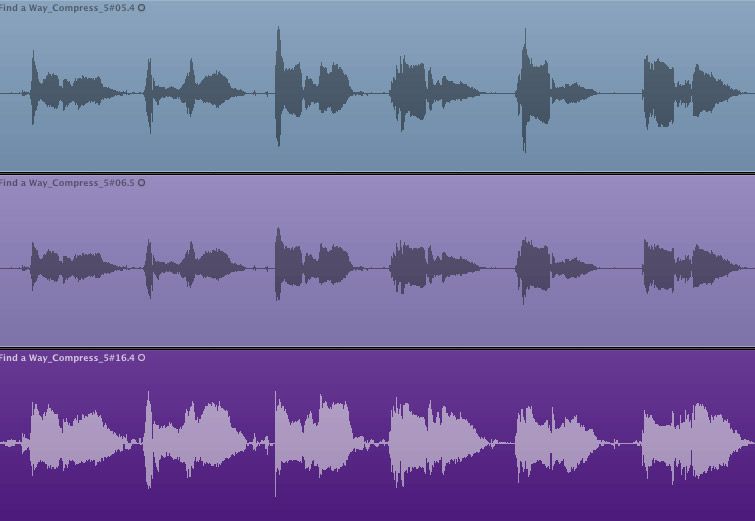 The effect of compression on the audio. (Top = uncompressed, Middle = VCA, Bottom = ClassA_U).

The first waveform is the audio before it has been compressed.

The second waveform is after the first VCA subtle compressor: You can see that some of the peaks have been tamed, and the waveform looks more unified.

The last waveform is after the dramatic ClassA_U compressor: As you can see, the waveform has been beefed up and is a lot 'hotter' compared to the other waveforms.

You don't have to stop at only using two compressions in a chain; you can go wild. Just make sure you don't destroy your sound instead of improving it (unless that's what you are after). If you're going to use more than two compressors, I would recommend subtle settings with each compressor. As I mentioned earlier, each compressor feeds off of the one before it. Each one will add its own character, and by using subtle settings with each feeding off of each other, you will have quite a different result at the end of the chain.

There are many 3rd party compressor plugins that are not used for correction but for more of an EQ and tonal purpose. The software developers have been working on emulating many of the classic infamous compressors. The hardware circuitry causes much coloring to the sound. Sometimes just adding a specific compressor on a channel and not even adjusting the settings will add some tonal change to the sound. I would definitely recommend adding some of these plugins to your arsenal. Plugins such as PSP's Vintage Warmer, which adds lovely tape-style emulation to your sound. 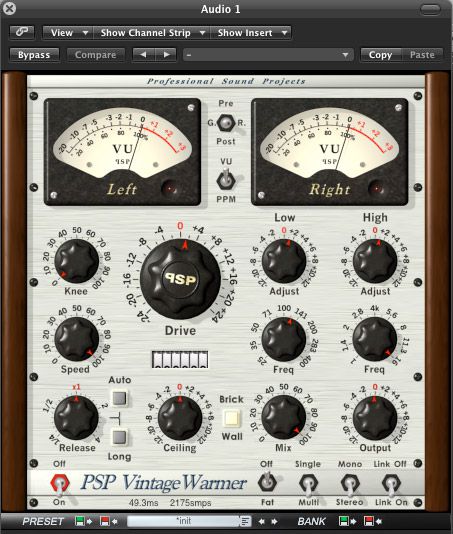 IK Multimedia's T-Racks also has the Vintage Comp 670, which is based on the Fairchild 670 analog compressor. With its fast attack and release times it can act as a compressor or limiter, and at the same time add its own character to the sound.

Then there is SoftTube's Tube-Tech CL 1B and FET compressors, which are really great to add as well. Most of these plugins allow you to try before you buy. So maybe give a few of them a spin before to see which suits your mixing style.

Just by adding these to your signal chain and making subtle adjustments can bring huge changes to the sound and dynamics of your audio. Each compressor will add their own flavor and together you can create unique audio results. Most of these plugins don't have many buttons or knobs. Sometimes only 2-3 knobs, which makes it real quick to dial in results.

Try your hand at serial compression. It works really well with audio material where the dynamics are quite sporadic, like on vocals, drums or recorded bass. It can really change the results of your compression techniques and add something that was missing to your mix. With the character and color from each compressor you can really start fine-tuning the elements in your mix, while at the same time making the elements more punchy as well.