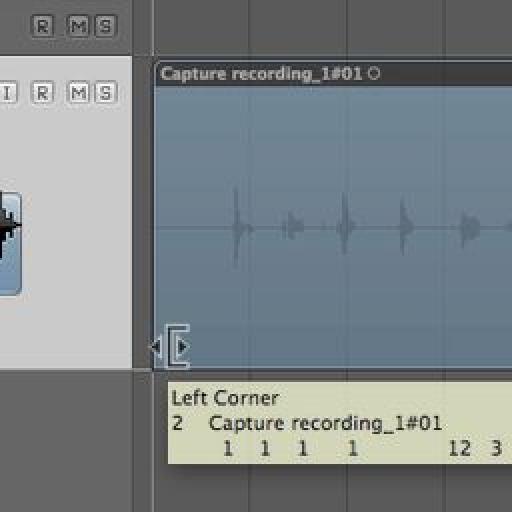 Language
You've just played the performance of a lifetime but Logic was in playback, not record, mode. All is not lost! Rounik Sethi shows you how to recall your last played MIDI or audio performance!

So, you've just played the performance of a lifetime but Logic was in playback, not record, mode. All is not lost! Let's take a look at how you can recall your last played MIDI or audio performance even when Logic wasn't in record mode.

Yes, you read that right and this isn't just for you MIDI fiends. Logic Pro is able to recall the last played audio performance too!

Let's start by exploring how this works with MIDI performances... 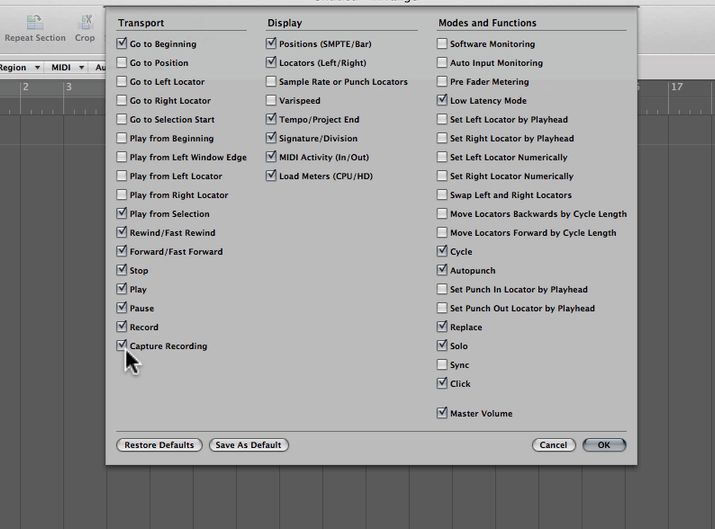 Fig 1. Enable the Capture Recording button in the Transport.

Note: You can also assign a key command to 'Capture as Recording'. Go to Logic Pro > Preferences > Key Commands to set this up.

And that's all there is to it. Your last performance will be written to a MIDI region on the track! Make sure to capture the recording immediately after stopping Logic's transport. If you perform other functions before doing so Logic may forget that last performance.

Capturing the last played recording on audio tracks is considered by all but a handful of Logic experts as impossible. However, impossible it is not! Follow these steps and you'll never lose a performance again! 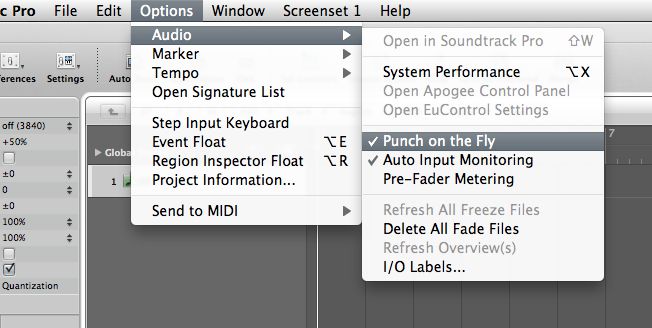 Fig 2. Make sure Punch on the Fly is enabled.

As expected a short audio region appears when you hit record. Because Logic was in Punch on the Fly mode that region contains the entire audio file from when you started playback! Now drag out the left-corner of the region to reveal the entire audio performance captured as a recording!

Drag the bottom left-corner of the audio region to the left to reveal the entire audio performance.

And that is all there is to it! Unless you forget to have Punch on the Fly enabled, or Logic's transport was not in play mode… there's no excuse to lose that all important, once-in-a-lifetime jam when you're using Logic Pro!

Tieg
Incredible. Can we get a lesson on what Logic CAN'T do? Because I think that's the last thing I don't know about it.
Rounik
It is a cool trick! You know, I believe Logic can't make tea... but that's got me thinking, with a little bit of Environment trickery and suitable MIDI hardware it might be able to do just that...

Tinnitus
One thing Logic won't do is start, at least on my computer...and a quite a few other folks out there too, according to what research I've done in the last few days.

Logic ran fine for about three weeks, then decided it didn't to start anymore. Since I downloaded my installation from the App store, I got ZERO support. They just said there's nothing they could/would do and refunded my money to my credit card. And boy that pisses me off.

Reach
@tinnitus were you able to goto an apple store?
Tinnitus
No. Apple Stores are a long way from where I live.

Perhaps next months new OS release will bring it back to life, maybe.

But the Apple store online didn't even ask questions about anything. Didn't try. Just basically said "Sorry, here's your money back."

I really like what I saw in Logic and wanted to learn more about it. But...

Could you give us some more details. Even better post a new thread on the Logic MPV forums here:
http://www.macprovideo.com/forum/

Rounik
In fact, what version of Mac OS X are you running? Did you run all the updates for Logic 9 on your Mac (through software update)?

I've fixed the problem (nobody asked). I went deep into the darkest part of the library folder and found
com.apple.logic.pro.plist and moved it to the desktop. then I started Logic and it works fine.


Do you guys use a little signature thing at the bottom of this text box so everyone can write their system specs there...?
Rounik
Well, that's good news of course... I thought from your previous message that Logic wouldn't start on your Mac period... and you'd taken the refund.

Logic is a massive application and with anything so complex can occasionally need a little troubleshooting. Removing the logic.pro.plist is a great way to remove any errors caused when starting due to the global settings.

In case anyone else reads this and needs to know more check this out:
http://www.macprovideo.com/hub/logic-pro/trash-talk-guide-reset-logics-preference-files

We don't have a signature on The Hub comments - as The Hub is an online magazine more than a forum.

However, we do have an excellent forum at macProVideo with some Logic and audio experts that hang out there. Check out the forums here:
http://www.macprovideo.com/forum/

:)
logicluvva
Wow. That was trippy about the audio capture. GOOD Trippy though ! Ha.. Ace as always
Jan
The midi capturing will work only if Logic's Transport running.
If anybody wants to capture midi always, there is an application for that in AppStore. Capture midi or www.audiocr.com
Rounik
Hi Jan,

Actually Jan, that's simply NOT true. MIDI Capture does work when Logic's Transport is not running!! Once you've stopped the transport simply hit the Capture MIDI take button or use the key command and voila your MIDI performance will appear. Best not to do anything between the time the transport stops and you capture MIDI though.
Jan
Unfortunately it is true, Logic Pro will not record any melody you play when logic playhead is not running. Logic Pro playhead must be running in order to remember your play. Once is stopped you can recover what you have played but only the melody when Logic Playhead has been running. This is huge limitation comparing to Cubase, as it has 10 000 midi events default retrospective buffer, and Cubase can recover melodies even when your playhead is not running. Imagine you setup a piano and improvise, everything you played can be recovered in Cubase. For Logic or other DAWs that miss this amazingly useful feature, Capture midi will do that.
Rounik
Yes Jan, you're correct. Your previous comment made it sound like Logic's transport needs to be running to capture MIDI... but in fact, it needs to have been running to capture MIDI.
fedtho
Well - three and a half years later, the tip is still good, big thanks!
It was too late for me - I hadn't enabled automation recording (latch) and had already started listening to the result when I found your tip; I guess that qualifies as "too late".
...after reading the last posts, though, "Capture midi" seems like a very good tip, so thanks for pointing that out too!