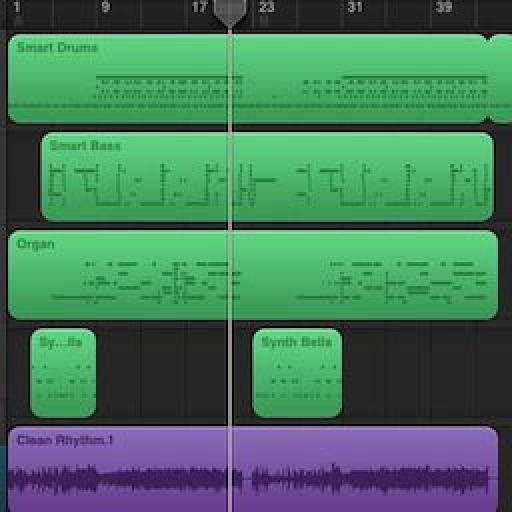 Language
The iPad has been a huge success since its debut and it’s no small wonder that since its release artists and musicians have found ways to turn it into a creative tool. Initially many felt the iPad was

The iPad has been a huge success since its debut and it’s no small wonder that since its release artists and musicians have found ways to turn it into a creative tool. Initially many felt the iPad was simply a consumer tablet for browsing the web, sending emails and playing games. However, as soon as the iPad 2 hit the shelves Apple turned this idea on its head when they announced GarageBand for iPad & iMovie for iPad 2. Third party developers have been also been busy creating all manner of audio apps including those that transform an iPad into a Logic Control Surface. Regardless, there are still many Logic users out there calling for a dedicated Logic for iPad app. So is Apple about to release Logic for iPad?

Now, I’m not privy to Apple’s iPad app development roadmap, so it’s impossible for me to say with any certainty this won’t happen. But I feel it’s pertinent to ask whether it is in Apple’s interest to release Logic for iPad?” The short answer, in my opinion, is No. I don’t believe there will be a dedicated Logic for iPad coming out this year. There is no need for it. In fact, I’d go as far to say that we don’t need it because it’s already here...

Let’s take a brief look at Apple’s Logic on the Mac platform. 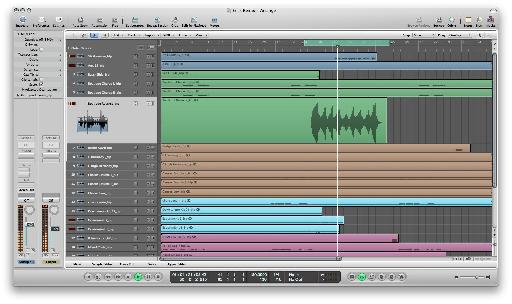 Since Apple acquired Logic they’ve implemented a fair few changes. The price has been slashed dramatically, all the separate plugins are now included as standard, the interface is easier to navigate and Logic is simpler to setup and use. But it’s safe to say that Apple didn’t buy Logic to primarily create the best DAW for a relatively small demographic of professional users or to make a large profit through retail sales. While it is a great way to sell Macs and professional studios use it daily to produce music, Apple used Logic to created a stripped down version that is accessible to every Mac owner: GarageBand. 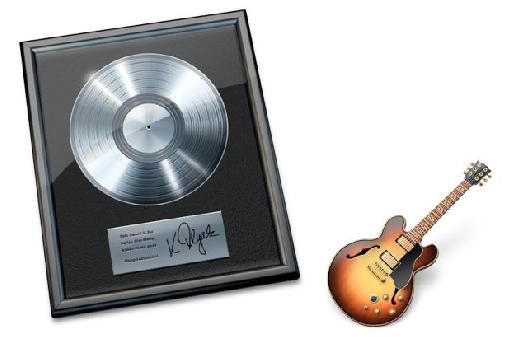 GarageBand and Logic are cut from the same cloth. They’re built on the same audio engine and knowledge that created Logic. Whether you’re a musician or non-musicians it’s an incredibly easy to make music on a Mac now. While some accuse it of being a “dumbed down” Logic, I feel Apple have created as an easy to use sketch pad where your projects can be transferred to Logic for more professional editing and mixing.

Both these applications are important. Without Logic, there’s no easy step up for GarageBand users to go to if they reach its limits. Logic is important to Apple, but GarageBand quite simply appeals to a larger user base than Logic.

So what does this have to do with a Logic for iPad and why I believe it won’t be coming anytime soon?

So in my opinion the performance of GarageBand for iPad is as good as Logic for iPad would be. And as excellent as it is, wooden trim and all, the iPad version has its limitations. For example there’s no Piano Roll Editor or effective way to fine-tune and edit audio. The iPad may simply not be powerful enough yet to elegantly run a feature laden version of GarageBand or Logic. Apple are creating an entire platform experience here and are not going for a cram a bunch of advanced features in and watch as the iPad crawls to a halt. 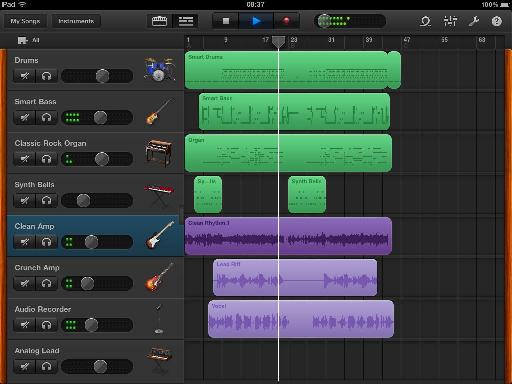 GarageBand for iPad is the ideal portable 8 track with enough features to keep most users happy until they get their project on to their Mac. And this is a very important point. Apple don’t want the iPad to replace our need for a MacBook Air or MacBook Pro. They’re not interested in the iPad cannibalizing sales of their portable Macs. Perhaps in the future there will be less of a distinction between the Mac and iPad, but right now if you want to run the full version of GarageBand, let alone Logic, you still need a Mac. After all, the marquee feature in the latest minor update for Logic (9.1.4) was compatibility with projects created in GarageBand for iPad.

The Third World of Apps?

It’s common to find Logic users complaining that Apple haven’t created their own Apple branded Logic controller for iPad. Often these users refuse to buy an iPad on that basis. Yet, there are third-party apps that do the job. One in particular, TouchOSC, is tightly integrated to work with Logic and is the only iOS app to be natively recognised as a Control Surface in Logic! There’s no need for an Apple branded controller when there’s a 3rd party app that does the job just as well. It’s much better to pool resources and support TouchOSC just as they support hardware control surfaces & audio interfaces on the Mac platform. 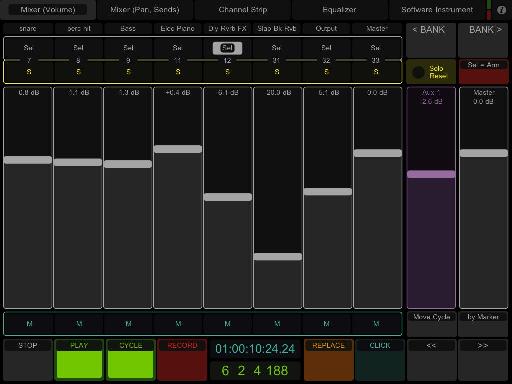 TouchOSC: Probably the Best Logic Controller for the iPad. Probably...

OK. What about Logic for iPad?

Again, I need to empahsise that GarageBand for iPad, in essence, is Logic-lite for iPad. Apple are committed to creating clear and well defined products and not confusing the market with multiple applications that perform the same task. GB for iPad works great and does the job. Now that the Logic 9.1.4 update allows “Logic can now open songs created by GarageBand for iPad.” In my opinion this speaks volumes about Apple’s commitment to GarageBand for iPad being the iPad music sketchpad of choice for both GarageBand and Logic users.

And if you really need to use Logic on the road/in the field, then Apple would prefer you invest in a MacBook Air or Pro with the option to use your iPad as a Touch based control surface.

In a more distant future, however, as portable tablets become more powerful, I think running Logic or **insert preferred DAW here** on an iPad will be the inevitable next step. Logic for iPad this year? I highly doubt it. What do you think?

airforceguitar
I’ve been saying for a while if they would create an iPad control surface to work through Wi-Fi or bluetooth, but use the original GUIs of Logic’s Plugins, they’d have an instant winner! Control the EXS24, Sculpture, EVB, Channel EQ etc. from an iPad with the familiar interface of the original plugin’s GUI… brilliant!