FoldR is great for adding spice to monophonic synth leads. Long, slow, free running modulations are perfect for grungy ambient drones. Rhythmic, tempo based modulations can turn drum loops into totally new entities! In short there's lots to love about FoldR if you're an iOS musician.

Wave folding is a form of wave shaping distortion where, instead of clipping the waveform and reshaping the flattened portion, the wave peaks that exceed the clipping threshold are “folded” or inverted back onto themselves adding interesting harmonics to the original sound. FoldR also provides a simple traditional wave shaper section after the folding section and you can mix or blend between the two forms of distortion. 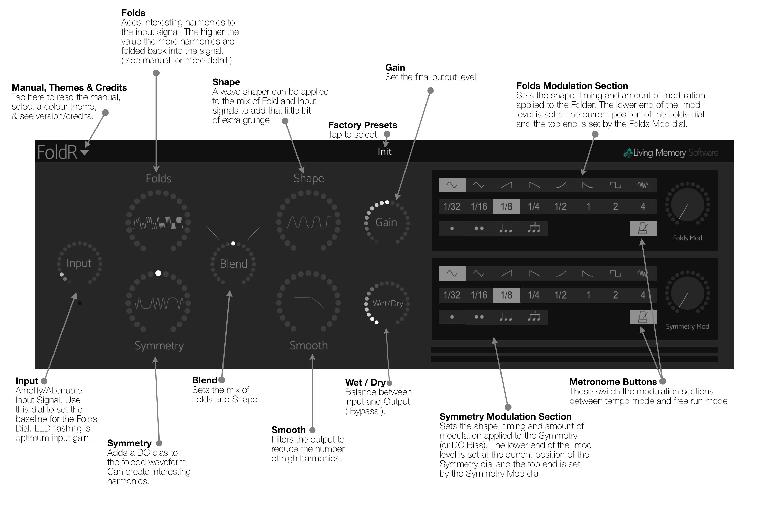 The tempo based modulation sections allow you to modulate the folding amount using various shapes and applying FoldR to rhythmic material like drum loops can create a whole new world of interesting rhythms. Apply FoldR to long low ambient drones to change their character or add a bit of dirt and using FoldR on lead synths can be like having another “inverse” filter at your disposal.