This powerful multitimbral synth for iPhone and iPad gets a slew of fixes, upgrades and a major new feature - Macros - to help you get better control over your synth performances.

Living Memory Software has released LayR Version 1.3 to the App Store. This release of the multitimbral synthesizer fixes all known bugs and introduces a new feature: The Macro. The update is free for existing users.

The Macro Panel is a level above the instrument mixer and is used for globally adjusting parameters in the entire multi- instrument Performance, taking LayR's MIDI control to a whole new level. 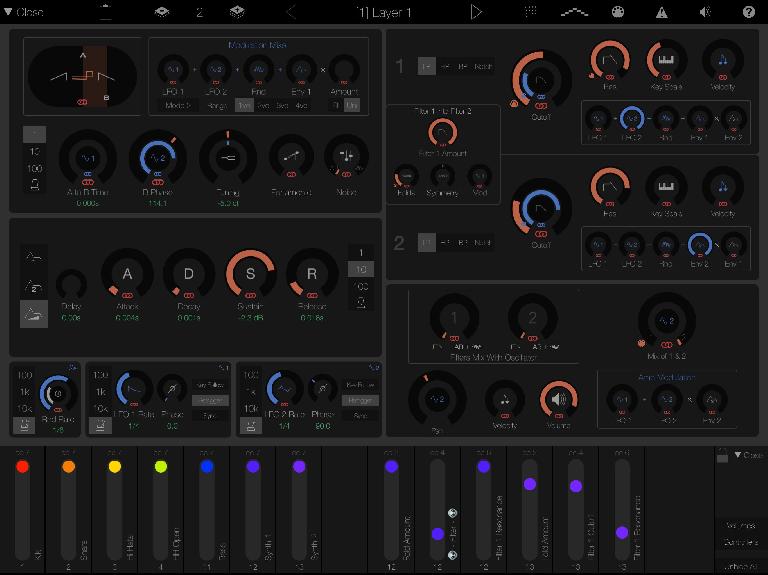