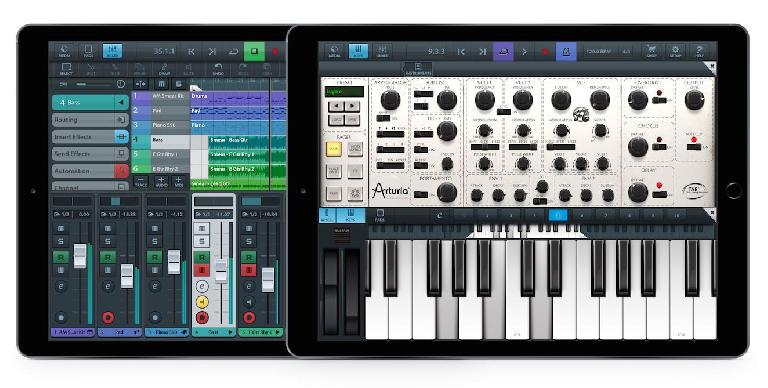 Cubasis 1.9.8 features MIDI over Bluetooth LE for connecting MIDI controllers to Cubasis without the use of cables and at low latency. The second highlight is AU (Audio Unit) support, allowing for instruments and effects in AU format to be accessed directly from within Cubasis. The included MicroSonic workstation now features 28 additional brand-new instruments that deliver a wide range of fresh sounds, while the redesigned effects are now easier to control. To store projects and files, Cubasis now offers the possibility to do so via iCloud, external hard drive or a wireless flash drive.

Cubasis is fast becoming a serious, fully-featured DAW for iPad.

Visit www.steinberg.net/cubasis for details on Cubasis.

Some of the new instruments included with Cubasis 1.9.8