Language
Korg tell us the new analog volca Kick synth delivers powerful percussive and chromatic kick, bass, and sub bass sounds. Plus it uses the filter from the MS-20 and has new performance features.

Whether you're a fan of the Korg volca series of synths or not, the new Volca Kick has an impressive set of features, from the new Touch FX to the filter borrowed direct from the MS-20. All in all, this analog synth is deisgned to create fat kicks, percussive sounds and basses, but not based on a sine wave. And it'll be available in October 2016 for $159 USD. Korg's official press release is below to explain more. Melville NY - - September 1, 2016 - - With the latest edition of the ever-growing volca series, it’s all about massive kicks, toms, and basses. volca kick starts with a true-analog oscillator and offers drive and MS-20 resonator circuits to shape earth-shattering sounds that can be played and sequenced chromatically. It’s the perfect addition to any volca or desktop hardware set to bring serious boom to the user’s sound production.

As opposed to generating sounds using a typical sine wave, volca kick starts the sound of an oscillating filter from the original MS-20. The powerful filter of the MS-20 self-oscillates when resonance is increased to the maximum, and this is used to produce powerful kick sounds ranging from solid kick drums to crisp kick basses with complex overtones. “The volca Series has consistently brought renewed attention to classic groove machines and historical synthesis. It now has a new focus. This time, it's the most important sound in dance music: the kick,” shares James Sajeva, Director of Technology Brands for Korg USA, Inc. Like all volcas, kick has a personality all its own, and combining it with other volcas or any other hardware adds unique character to users’ setups. The familiar Audio Sync connection means it plays exceptionally well with other volcas, minilogue, electribe and SQ-1, and the MIDI IN jack lets you use the volca kick as a sound module via DAW or MIDI controller.” 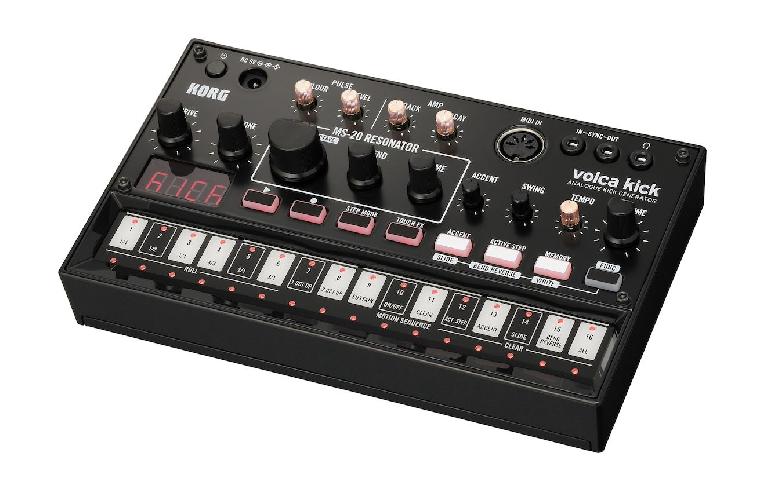 With its compact size, battery operation, and built-in speaker, it's easy to take the volca kick anywhere and perform any time.

This comment from Jurgen Klopp, manager of Liverpool football club sums up our thoughts on the Korg Volca Kick:

rjg700
Really cool piece of kit and the swing function will play very well with the other Volcas!

P.S. You really earned my respect for that Klopp quote ;)
Rounik
Thanks rjg700. I agree. Looking forward to checking this one out... ah yes, the Klopp quote... would've been rude not to use it really ;-)