The new Korg Prologue is a multi-voice poly, analog synthesizer. The Prologue 8 and 16 come equipped with 49 or 61 full-size keys and are 8-voice or 16-voice respectively. Here's the official details.

Rumors of the Prologue from Korg have been flying around since late 2017. Today, despite a brief leak of some photos by an international distributor, Korg have officially announced their next generation multi-voice programmable analog synth. In fact, there are two models of the Prologue: 8 and 16.

Here's all the details of the new Korg Prologue that will be available to buy later this month.

Melville, NY – January 18th, 2018 – In 2015, Korg released the Minilogue; a four-voice polyphonic analog synthesizer that took synthesis to the next level by offering a beautiful user interface and supremely usable sounds, at a price point unlike any other in the industry. Following its success, 2016 brought us the Monologue; a programmable, powerful and groundbreaking monophonic analogue synth, with a unique sound and further technological advances. Today, Korg has unleashed the ultimate multi-voice, multi-timbre, multi-engine polyphonic analogue synthesizer: the Prologue. 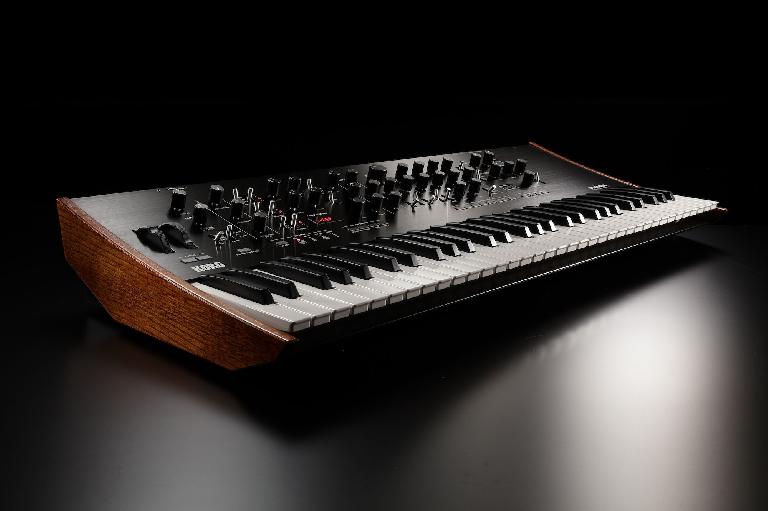 “The features, power and one-of-a-kind architecture that Prologue offers result in a completely unique polyphonic analog synthesizer, capable of producing an expansive range of sounds that are simply not possible on any other synth,” says Director of Technology at Korg USA, James Sajeva. “Korg’s best-selling minilogue and monologue synthesizers have definitely set the mark for analog synthesis, but the Prologue raises the bar even higher and we’re ecstatic to introduce this state-of-the-art product to the world,” Sajeva ends.

The new prologue is a two-timbre synth that allows two different programs to be played simultaneously. In addition to layer and split, the Prologue provides four voice modes: Poly, Mono, Unison or Chord, allowing the user to freely combine the 16 or 8 voices for performances. The dual effects section includes Mod and Delay/Reverb, each with areas for user-created algorithms.

Korg’s Prologue will make its debut at the 2018 WNAMM show at the Korg USA booth; #8802 in Hall B, with exclusive demonstrations planned throughout the show.