After reviewing the Koma Field Kit, Scott Riesterer was keen to see how it fared against his own, custom-built rig. Here's what he discovered.

I really enjoy going out with a portable recorder and a shotgun microphone to try to capture the unique ambience of an environment. I then use those recordings as a foundation to create music that tries to evoke some aspect of that place. Initially I used software to heavily edit those recordings to isolate sections to loop, create rhythms, or add tonality. In particular, I often used Vierring from Native Instruments' Reaktor, a sequenced filter bank groove box. Sometimes I would first run the recording through one of Ableton’s resonators before feeding it into Vierring, meaning I would have musical tonality and rhythm with the unique texture of the ambience.

When I discovered the 4MS Spectral Multiband Resonator, I realized that I could process my recordings without a computer but in a similar manner using the modular environment. This started me down the slippery slope that I now find myself still sliding happily upon. My system is roughly modelled after my Ableton Resonator to Vierring signal chain, but was also swayed by some of the unique eurorack offerings available. In addition to the SMR, I have Rings from Mutable Instruments, a physical modelling resonator that is able to take an input and impart the characteristics of real world objects like metal bars and strings.

Rainmaker offers a deep treasure trove of delay options, and can even function as a resonator if desired (check out my in-depth review here). Springray2 gives me real real spring reverb without any digital emulation. Morgasmatron provides a flexible dual filter with distortion (my review is here), and I have a range of modulation options from Maths, Planar, and Dual ADSR. I also have helpful utilities like Quad VCA, Quadratt, Audio IO, Headphones, a Buffered Mult and a MIDI interface. The most recent additions are the Steady State Fate Ultra Random Analog, and Marbles from Mutable Instruments. Marbles covers a lot of bases like quantizing, clock dividing, pseudo sequencing and Turing machining that I wanted, without having to buy separate dedicated modules. As the name implies, the Ultra Random Analog gives me all the random my arrhythmic robot heart desires.

Out Of Left Field

Naturally, when Koma Elektronik announced their Field Kit as a Kickstarter project it piqued my interest. However, I quickly realized that it was not designed for field recording, but for explorations of electro acoustic techniques. The unit features a radio, an interface for controlling DC motors, special inputs for sensors, an envelope follower, and four high gain inputs for microphones. They offer an accessory kit with contact microphones and motors specifically designed for their kit.

Now Koma has put out an effect unit companion to their Field Kit, so I thought it would be fun to compare it to my own system (more on the Field Kit FX here). I was curious to see what would be similar or different, how much they would manage to pack into such a small box, and how it would stack up to my own system.

Both our kits feature spring reverb. The Koma verb has a filter that can be toggled between low pass and band pass, while Springray2 uses a variable Q boost or cut and has a limiter with a threshold that can be set to control feedback overload. The Field Kit FX has a digital delay with CV control over delay time and feedback. One thing it has that Rainmaker surprisingly does not is an insert connection within the feedback signal path. The Koma kit has a neat little four step sequencer that can be toggled into an envelope generator. Interestingly it can be controlled using an external signal’s strength based on the threshold value. While my system doesn’t have a traditional sequencer, I can use Marbles to generate repeating sequences of up to 16 steps. 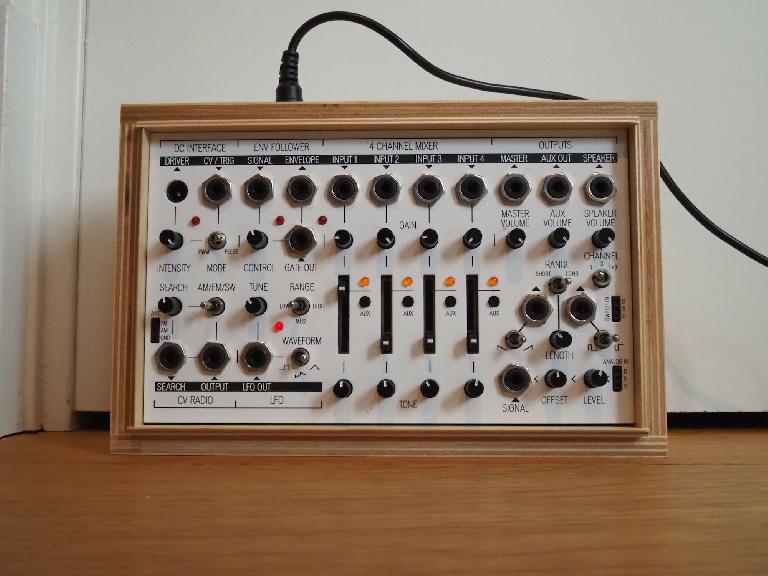 Another feature present in the Field Kit FX but not in my system is a looper. Because I had the Elektron Octatrack before starting my system, I never felt the need to add a eurorack looper or sampler. I do sometimes question if that is the right approach, as a sampler would allow me to play back field recordings without anything other than my system. It’s definitely possible I may try to cram some sort of sampler into my remaining 14HP. Koma’s looper doubles as a frequency shifter and bit crusher, which I achieve through Rainmaker and the Ultra Random Analog respectively.

Well that covers the general similarities and differences between our systems, but to hear how these differences sound you’ll have to check out my video above.