Language
So you need bi-directional conversion of MIDI Clock to DIN Sync in your music studio setup? Kenton have the answer and at a very attractive price point. 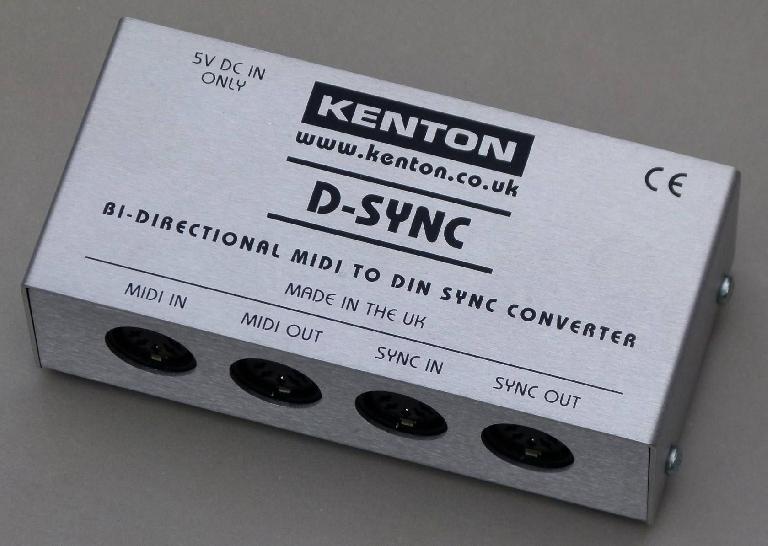 Appreciating the intrinsic value of this unassuming, yet useful little utility box — as attractively priced as it is — involves an appreciation of electronic musical instrument synchronisation; so, for the benefit of the uninitiated, here goes...

History has it that celebrated Californian electronic musical instrument designer Dave Smith — famed for being the brains behind the trailblazing Sequential Circuits Prophet-5, the world’s first fully-programmable polyphonic synthesizer — acted as the primary driving force behind MIDI (Musical Instrument Digital Interface). In fact, he coined the acronym back in 1982 and was the worthy recipient of a Technical Grammy® award as a long-overdue thank-you in 2013. Not necessarily so well-known nor celebrated is the DIN Sync standard — simply called SYNC or sometimes sync24. Introduced in the early Eighties by Roland Corporation for the synchronisation of sequencers, drum machines, arpeggiators, and other devices — think TR-808 Rhythm Composer (1981-84) and TB-303 Bassline (1982-84), DIN Sync was soon superseded by MIDI. Many years later, the extended MIDI protocol positively remains at the core of current electronic musical instrument synchronisation standards while DIN Sync... well, what happened there, then? There are still an awful lot of TR-808 Rhythm Composers and TB-303 Basslines being used in modern-day music production — testament to the enduring analogue sounds of those trailblazing Roland relics, which is exactly what drove Kenton to create the D-SYNC bi-directional MIDI to DIN Sync convertor. Today those vintage classics can ‘talk’ to the MIDI world with the best of them, thanks to the D-SYNC bi-directional MIDI to DIN Sync convertor! Central to the D-SYNC bi-directional MIDI to DIN Sync convertor’s namesake MIDI to DIN Sync-converting ‘dialogue’ is an ability to receive MIDI Clock and run/stop signals and convert them to DIN Sync (sync24) — and back again. 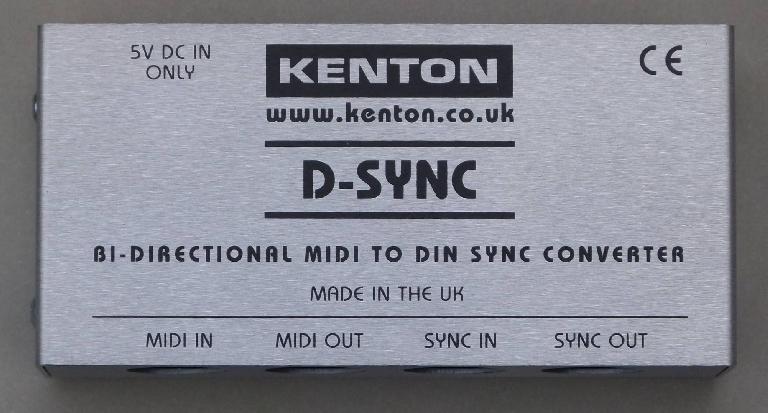 Again, for the benefit of the uninitiated, the DIN Sync standard is so named as it uses five-pin DIN connectors. These are the same as those used for MIDI, actually — albeit using different pins on those connectors, so a cable created specifically for MIDI usage will not necessarily have the pins required for DIN Sync physically connected within the cable itself. The DIN Sync standard consists of two signals: clock (tempo) and run/stop. The clock signal is a low frequency pulse wave ‘suggesting’ the tempo; that way, the DIN Sync signal-receiving machine merely has to count the number of pulses to know when to increment its position in the music sequence, rather than having to measure the waveform’s frequency. Roland DIN Sync-equipped devices use 24 pulses per quarter note (PPQN) — hence that sync24 alternative appellation. As such, any Roland DIN Sync-equipped device playing sixteenth notes would have to advance to the next note after six pulses and so on. The run/stop signal simply shows whether or not the sequence is playing.

Perfectly equipped to ‘translate’, then, the D-SYNC bi-directional MIDI to DIN Sync convertor conveniently packs MIDI IN, MIDI OUT, SYNC IN, and SYNC OUT five-pin DIN sockets into a road-ready metal box attractively finished in brushed aluminium with black screen print measuring merely 110mm (W) x 55mm (D) x 35mm (H) and weighing in at a pocket-friendly 250g (including the multi- region power supply). Simply connect the MIDI output of any keyboard(s) and/or computer to MIDI IN and connect the SYNC OUT to the DIN Sync input of the device to be controlled for full MIDI to DIN Sync conversion. Conversely, connect the DIN Sync output of any Roland DIN Sync-equipped device to SYNC IN and connect MIDI OUT to the MIDI input of any suitably-equipped device to be controlled for full DIN Sync to MIDI conversion. Converting in both directions simultaneously is perfectly possible. Time to take the likes of those one-time trailblazing TR-808 Rhythm Composers and TB-303 Basslines back to the future, perhaps?