These two plugs - a modulator and a tape delay - bring K-Devices' processing to the masses. Noah Pred road tested them and liked what he discovered...

Italy’s K-Devices have made a name for themselves in the Max For Live community as purveyors of highly unusual devices with somewhat cryptic if stylish interfaces. With WOV & TTAP, they make their debut for producers outside the Live domain with a pair of audio effects available in both VST and AU formats.

Both feature a flat vector-based design with handsome yet somewhat esoteric parameter denotations, and a flexible yet ultimately singular DSP objective. For those seeking to get a better sense of the parameter functions, there’s a toggle in the lower right that switches icons to text – though even in that case a bit of knob twisting is needed to get a real sense of certain controls.

Notably, both devices eschew dedicated value displays, favoring a single contextual value display at upper right that only shows the numeric value of the parameter currently altered. Ostensibly designed to help producers focus on actual sonic results rather than potentially arbitrary and distracting numerics, along with the unique GUI, it adds to a general sense of welcome playfulness. One only hopes these admirable if unusual design choices won’t leave entry-level users confused.

Described as a creative amplitude modulator, WOV can do everything from subtle tremolo to extreme amplitude modulation, with sequencing functionality that allows for intricate rhythmic gating patterns. WOV particularly shines when applied to continuous tones, drones, pads, or atmospheres that provide a steady backdrop for the changes in amplitude imposed by it. 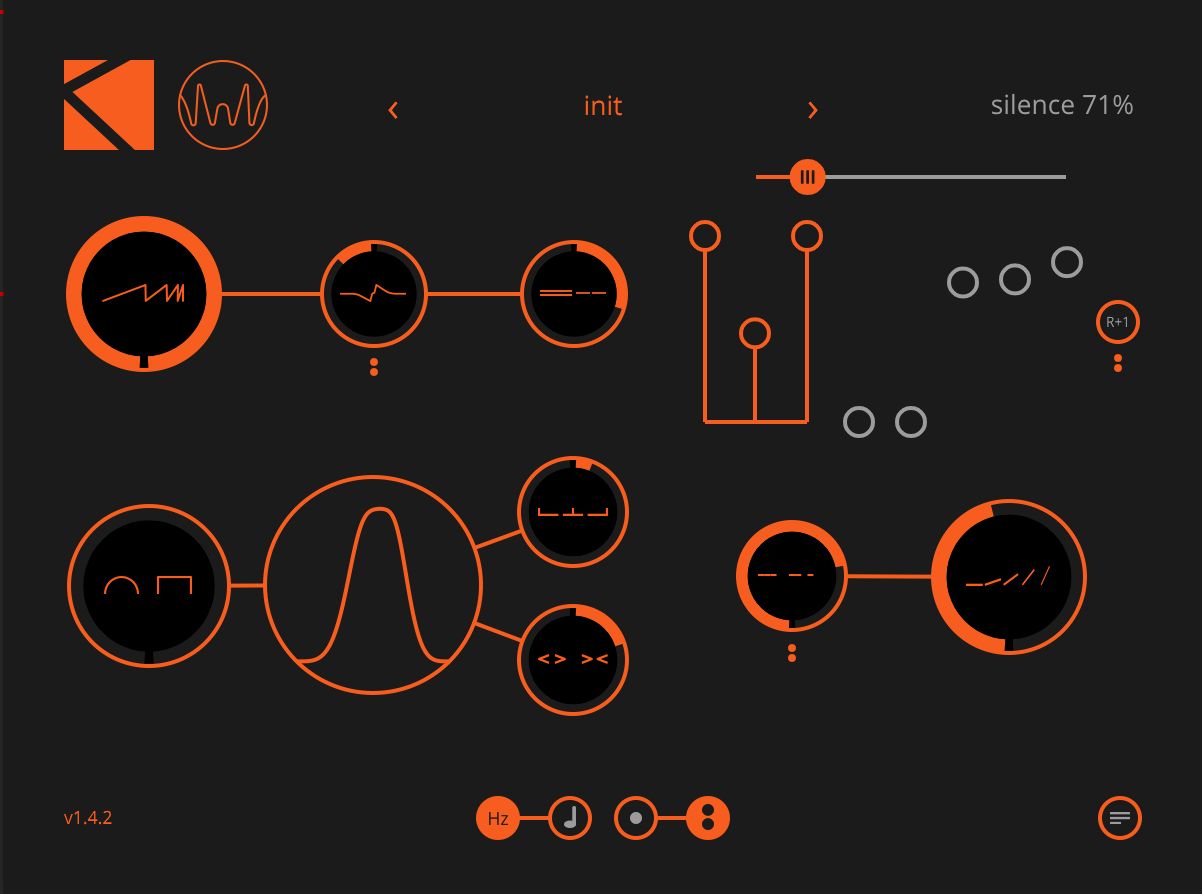 At the bottom, two key toggles determine whether rates are measured in Hertz or host-synchronized, and whether resulting modulations are reproduced in mono or stereo. Up top are the timing controls. In BPM-sync mode, a note value denominator selects from 1, 2, 4, 8, 16, 32, 64, or 128 notes, while the numerator above goes from 1-16, allowing for all manner of unconventional note divisions; Triplet and Dotted options are available along with standard Note value to open rhythmic possibilities.

A Response dial pushes the resulting amplitude ripples up or down, while a Variation dial allows for occasional double-stutters to make the results less repetitive. At upper right, a sequencer can be enabled up to 8 steps, allowing for rhythmic control of classic gating effects, while at bottom left, three dials govern the shape of the steps, with a real-time display allowing you to fine tune the contour of your pulses, from smooth ripples to sharp spikes. Finally at bottom right, a Depth dial controls the overall intensity, while a Silence dial increases the random chance of occasional steps being gated out completely, making results rather less predictable. 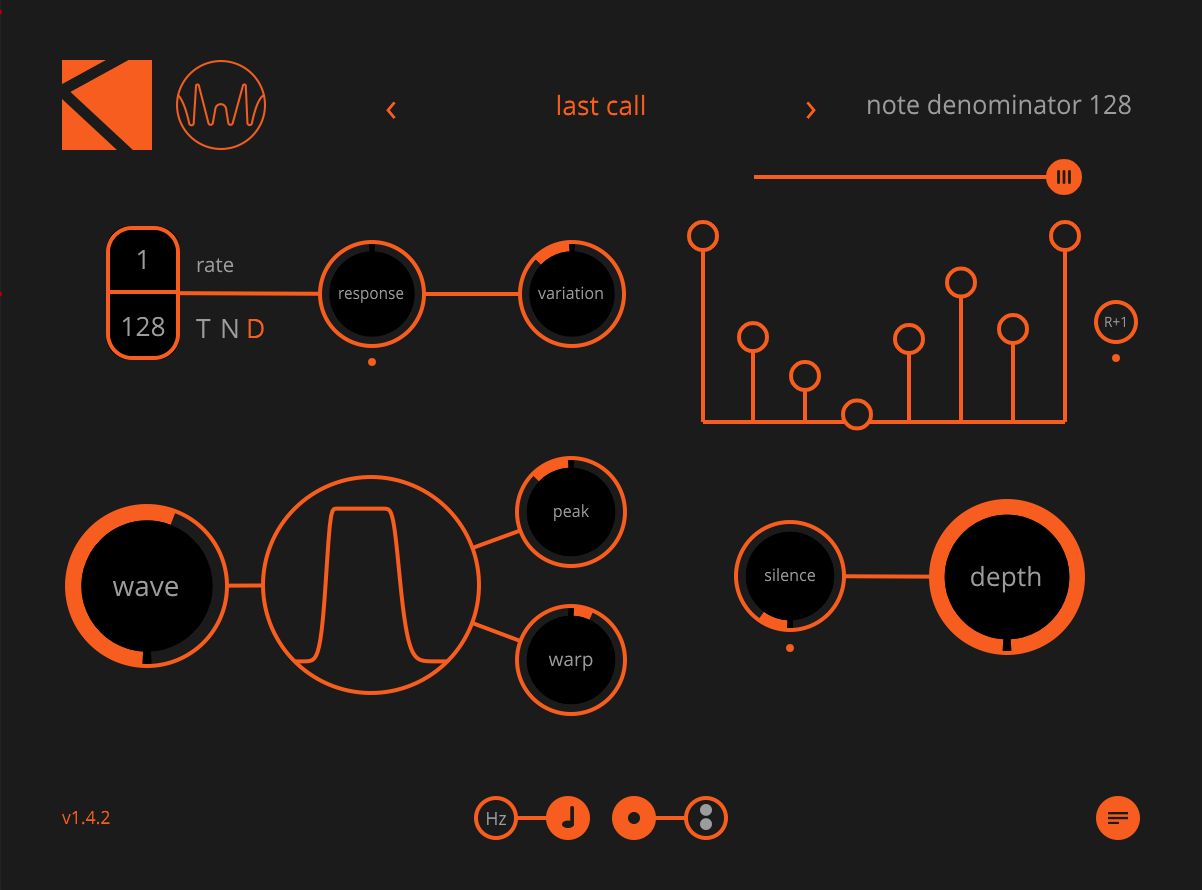 Taking an unconventional approach to tape delay emulation, TTAP uses a pair of delay lines, referred to here as tape heads, with a balance control to fade between them. Both Time and Section intervals are important, each of which can be toggled between host-synchronized or millisecond timings at bottom; with BPM sync engaged, the timing options are identical to those described above for WOV. 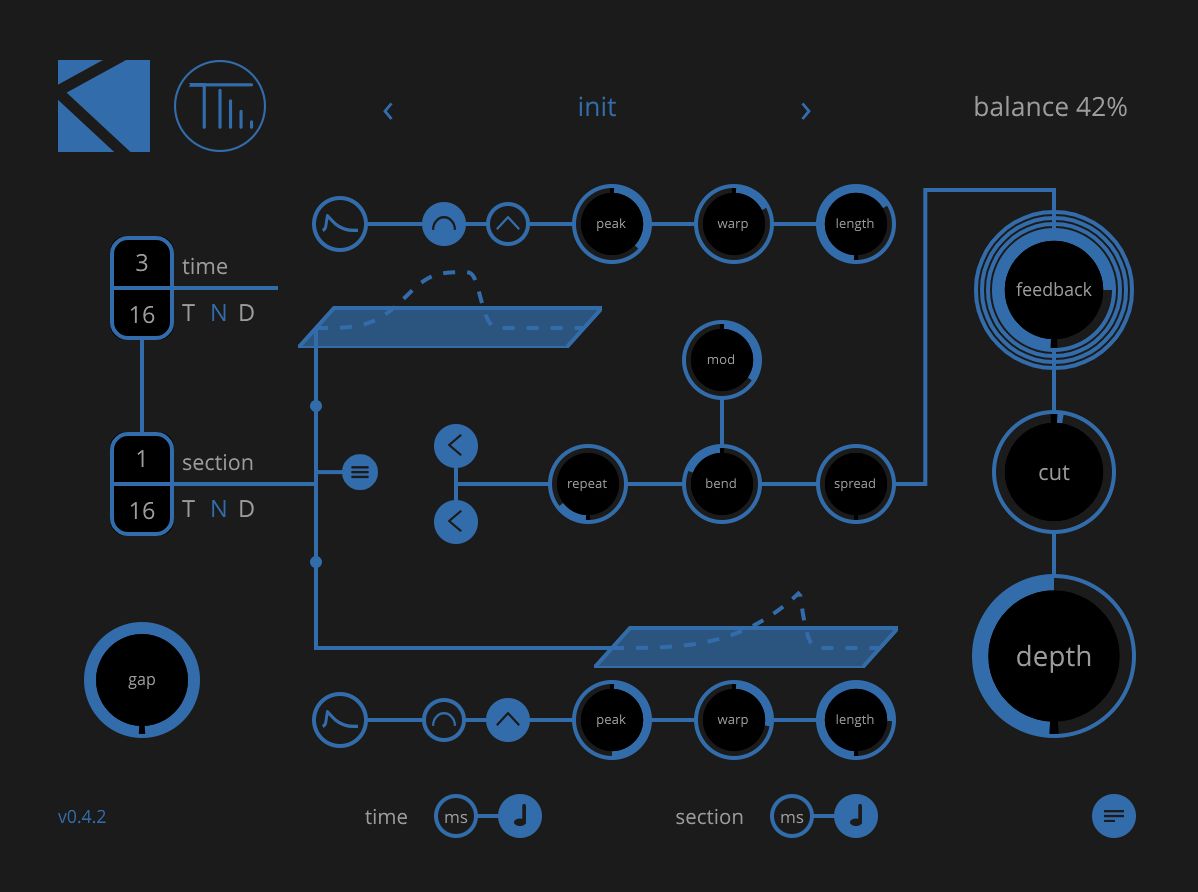 Each delay line can be reversed independently, while Bend skews the tape playback for unique pitch effects; a Mod amount whose rate corresponds to the Section timing can be applied to give movement to the Bend effect. The Section value can also control the Repeat function, with a Repeat dial increasingly the likelihood of tape sections being repeated at the Section interval. A Spread dial increases the randomized panning of echoes to increase perceived width.

An amplitude envelope can be applied to the delay taps resulting from each playhead, with either a parabolic or triangular envelope shaped by Peak, Warp, and Length controls, conveniently displayed in real-time. Applying different envelope shapes drastically alters the sound from short staccato taps to smooth ambient echoes. Envelopes for each tape head can be disabled for a rougher-edged sound, while a Gap control can impose a delay between the two tape heads, from 0-100% of the Section length setting. 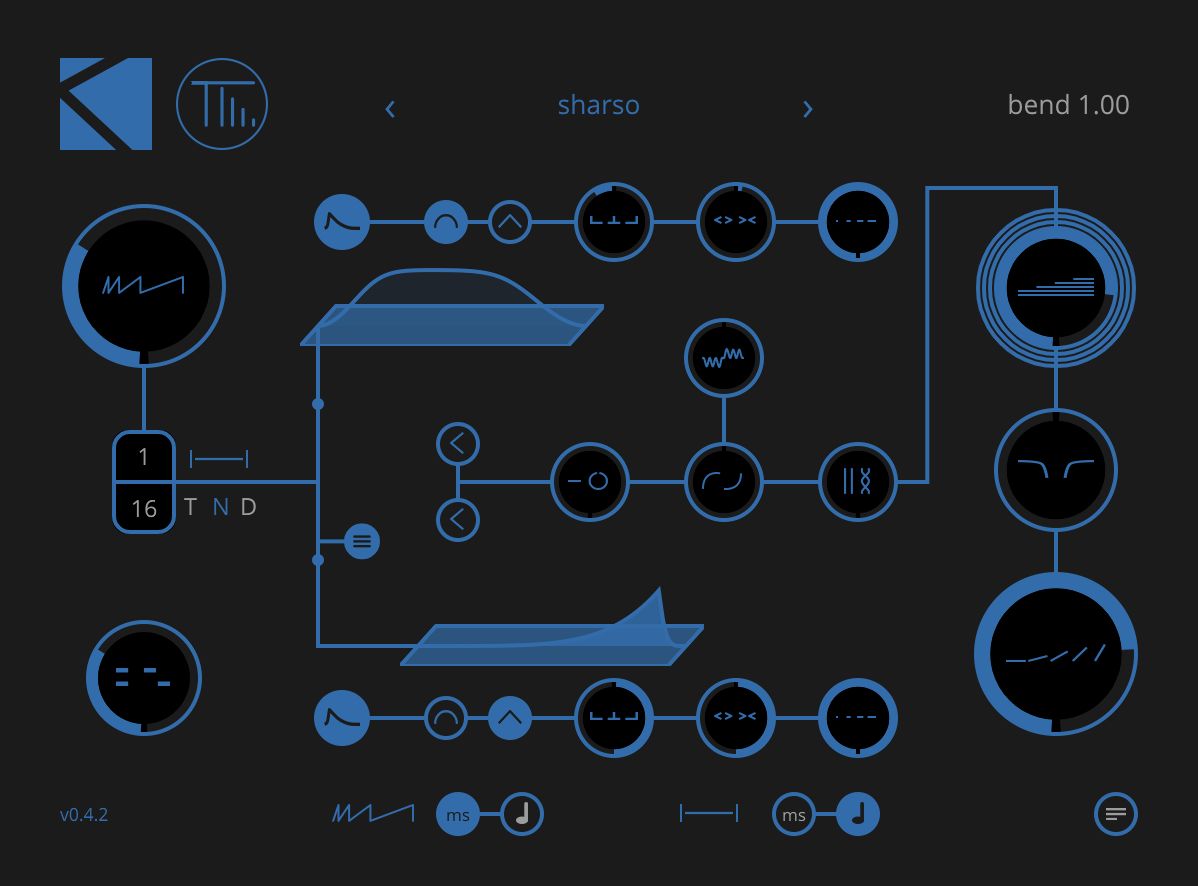 At the output stage, a Depth dial controls the Dry/Wet balance, while a Cut dial skews feedback through a high pass filter towards the right, or a low pass towards the left. TTAP’s Feedback is extremely clean when maximized, and doesn’t produce the faithfully saturated intensity one might expect from a vintage tape delay – but that’s not really the point here; using TTAP’s unconventional options to generate unusual spatio-temporal effects, it’s easy to coax highly compelling textural patterns unavailable in other delay plug-ins.

New Kids On The Plug

WOV and TTAP mark an auspicious debut for K-Devices as they deliver a pair of useful and sufficiently niche effects while firmly establishing an aesthetic stance – both sonically and in terms of their interface design. Included presets show off these unique devices’ full functionality and creative potential. Anyone looking for extremely flexible gating, tremolo, and amplitude modulation, or a fresh take on delay, would be well advised to give these a try.

Cons: No in-line output gain compensation; would be nice for WOV Hertz rates to go up to 100 Hz for stronger amplitude modulation effects; randomization functions could have been nice, especially on WOV.