RX7 is capable of some amazing tricks, and isolating, separating and remixing audio sources is one of its most impressive. Joe Albano shows you how it's done.

The latest version of iZotope’s premier audio repair application, RX7, introduced a number of new modules offering useful and often cutting-edge processing options—the new Music Rebalance module is a good example of the latter. Music Rebalance is capable of isolating three audio stems in a full mix—drums/percussion, bass, and vocal—leaving everything else in the mix as a fourth stem. 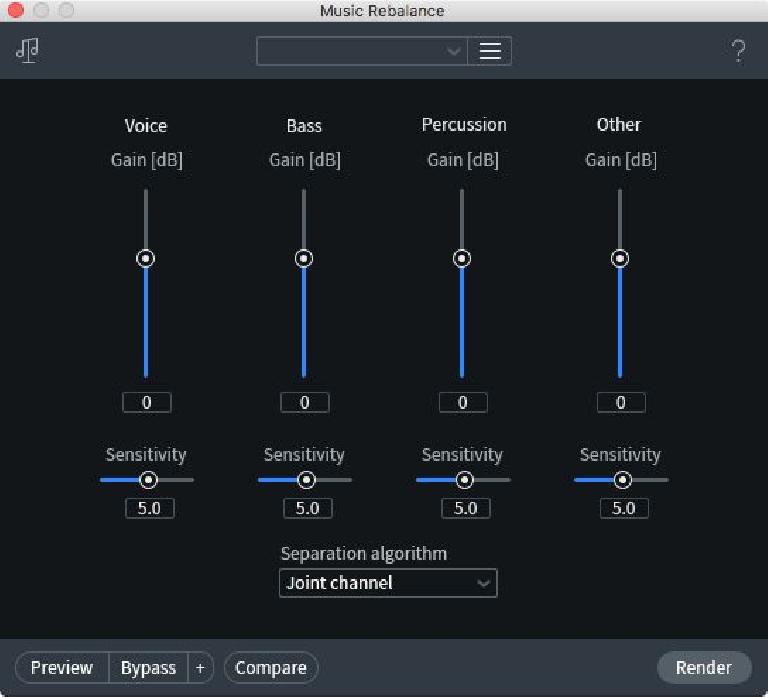 Audio separation has been around for a while now, but it remains a work in progress. It’s still not possible to completely separate all the tracks or stems in a finished stereo mix file, and tracks and stems that are extracted are often accompanied by noticeable audio artifacts—a telltale “watery” sound consisting of bits of the surrounding audio that couldn’t be fully isolated from the desired signal. The flip side of extracting individual tracks or stems is the ability to remove a particular part from a finished stereo mix, and this is also sometimes possible, but again, often with a certain amount of artifact, in the form of a ghostly trace of the removed part.

iZotope’s Music Rebalance module can do a surprisingly good job of both extracting and removing parts at times, keeping in mind that—with all implementations of this technology—success is heavily dependent on the particular stereo mix audio file. 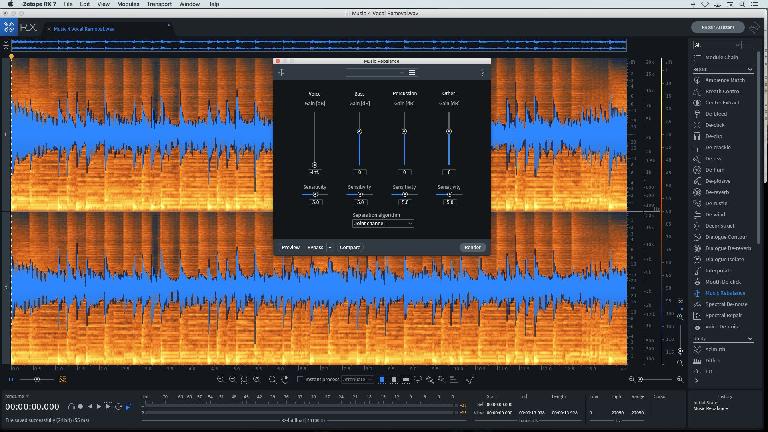 Audio example 1 A stereo mix file with a vocal

Audio example 2 The same mix with the vocal removed by the Music Rebalance module
But what Music Rebalance consistently does extremely well—with clean, fully natural-sounding results—is allow the user to remix the available stems, which is in fact is its intended purpose.

Here’s an example—a mix where the drums are a bit too loud and the vocal is slightly buried at times, and a little rebalancing is needed—a typical scenario for mastering engineers.

If a mastering engineer came across this file and wanted to try to fix these imbalances, he traditionally might turn to tricks like M-S processing, which can provide some degree of isolation between the center and sides of a stereo mix. But in this situation, both the drums and vocal are centered in the mix, so an M-S solution isn’t really in the cards.

But RX7‘s Music Rebalance module is perfectly suited to the task. It’s very simple to operate—the sliders adjust the level of each stem, all the way down to 0 for removal. The Sensitivity controls let you dial up a tradeoff between the isolation of a particular stem and the amount of artifact that may be heard; they really only need to be used for more aggressive level changes—for subtle level adjustments the default setting (5) usually seems to work best.

For this example, modest changes in level are all that’s needed to get the vocal and drums to sit in the mix in better balance. 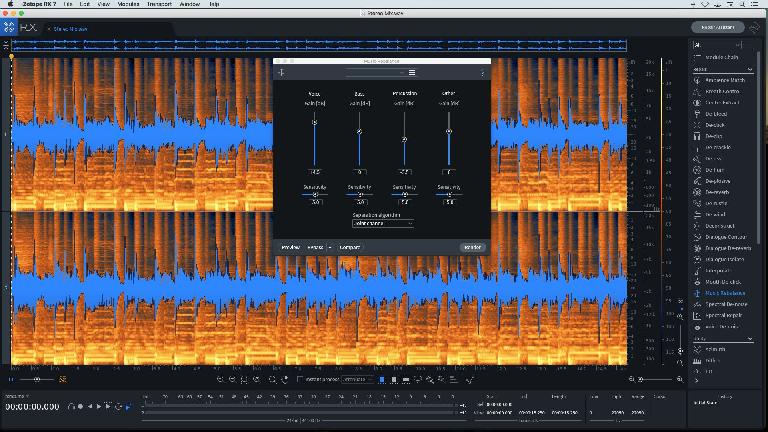 And for the majority of applications, that’s all it takes. Of course, more ambitious users will undoubtedly want to play around with more extreme separations, and that may take a bit more trial and error, especially with the Sensitivity controls. But at its stated purpose, Music Rebalance is capable of production-quality tweaks to just about any mix with the kind of subtle balance issues that so often show up in mastering sessions, saving a time-wasting round trip to the mixer and back.
Watch the unofficial video manual for iZotope RX 7 to learn tons of tips, tricks and techniques to help you manipulate, repair and create with audio like you didn't know was possible: https://askaudio.nonlineareducating.com/course/3259/rx-7-the-unofficial-video-manual