Apple has certainly delivered on its promise to totally revamp its biggest and fastest Mac, with a price tag to match its stunning specifications. But what does it mean for producers?

The Original Mac Pro was an iconic design, and actually pretty much kept the casing from the earlier G5 tower models while replacing the insides with Intel CPUs and faster graphics cards. There was nothing inherently wrong with the box it came in - the tower design had always been the standard approach since the days of the PowerMac and later the G3 and G4. The reasoning behind sticking with it was that a large box meant that you could allow a user access to service, upgrade and configure their Mac in many different ways. People who have been producing music for a while will remember SCSI cards, PCI cards and the like - and if your Mac needed a second hard drive you could fit an internal one yourself.

Apple’s relentless drive for more beautiful design and smaller machines led it to make its Macs less and less user serviceable over time, an approach which irked some in the pro community. When Apple retired the Mac Pro “cheesegrater” design in 2013, it was replaced with the unkindly-nicknamed “trash can” Mac Pro - a far smaller and a more powerful machine, but one which relied entirely on plugging things in to it. You had to spec it up at the time you bought it, and extra drives and graphics cards could be used but over Thunderbolt, meaning more cables and clutter. Pros were by and large unimpressed with this approach and in an unusual move, Apple acknowledged it hadn’t made a product that its pro users were happy with. 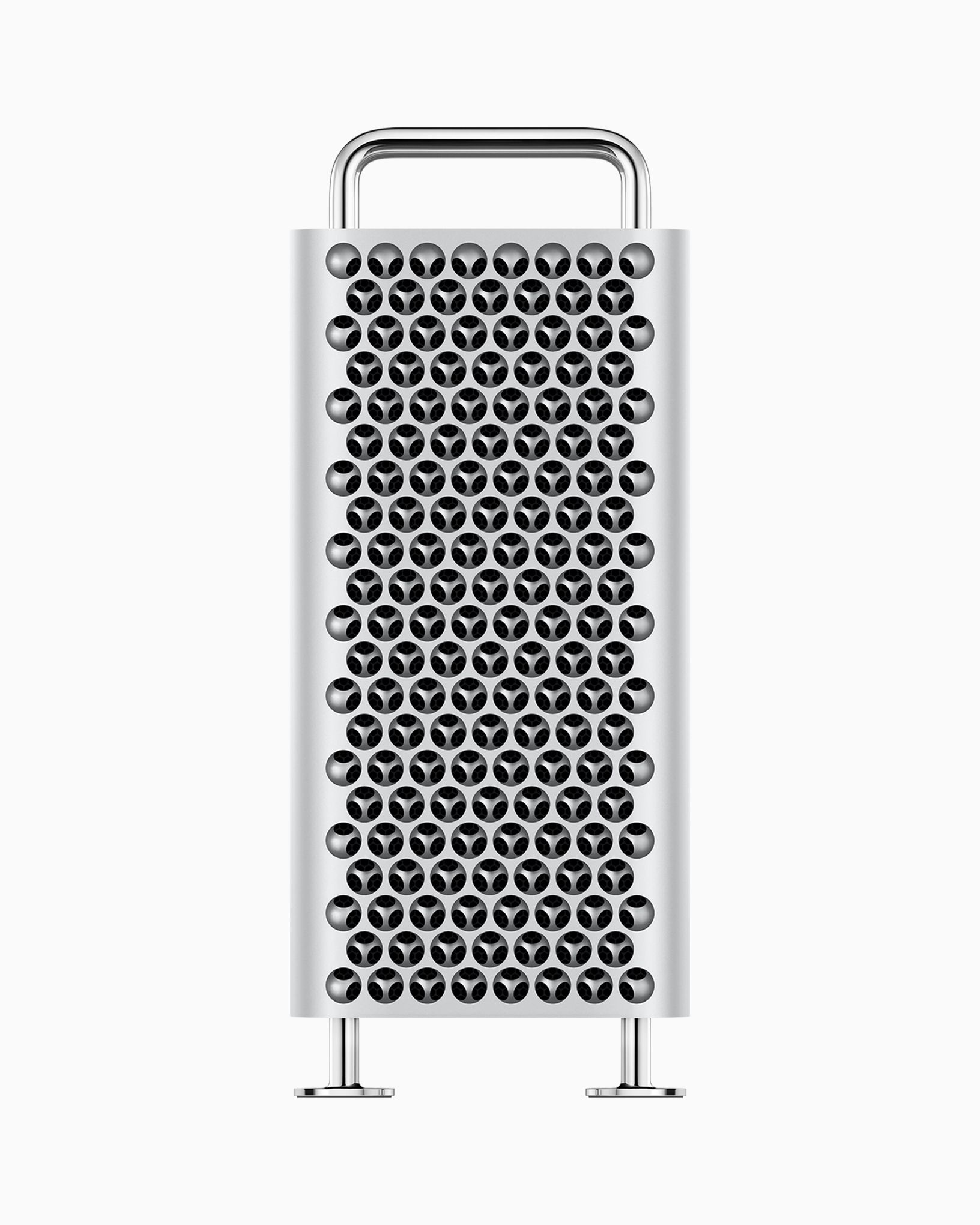 Now, some time after first announcing that a new model was in development, Apple has shown off the new Mac Pro design at WWDC 2019 and it’s quite something to behold. Strikingly reminiscent of the core look of the cheese grater (although actually a completely different machine), it would seem on paper at least to address users’ complaints, returning the best aspects of the tower design but with seriously powered-up components. With up to 28 cores / 56 threads and up to 1.5TB of DDR4 memory, it’s far and away the most powerful Mac Apple has ever built. 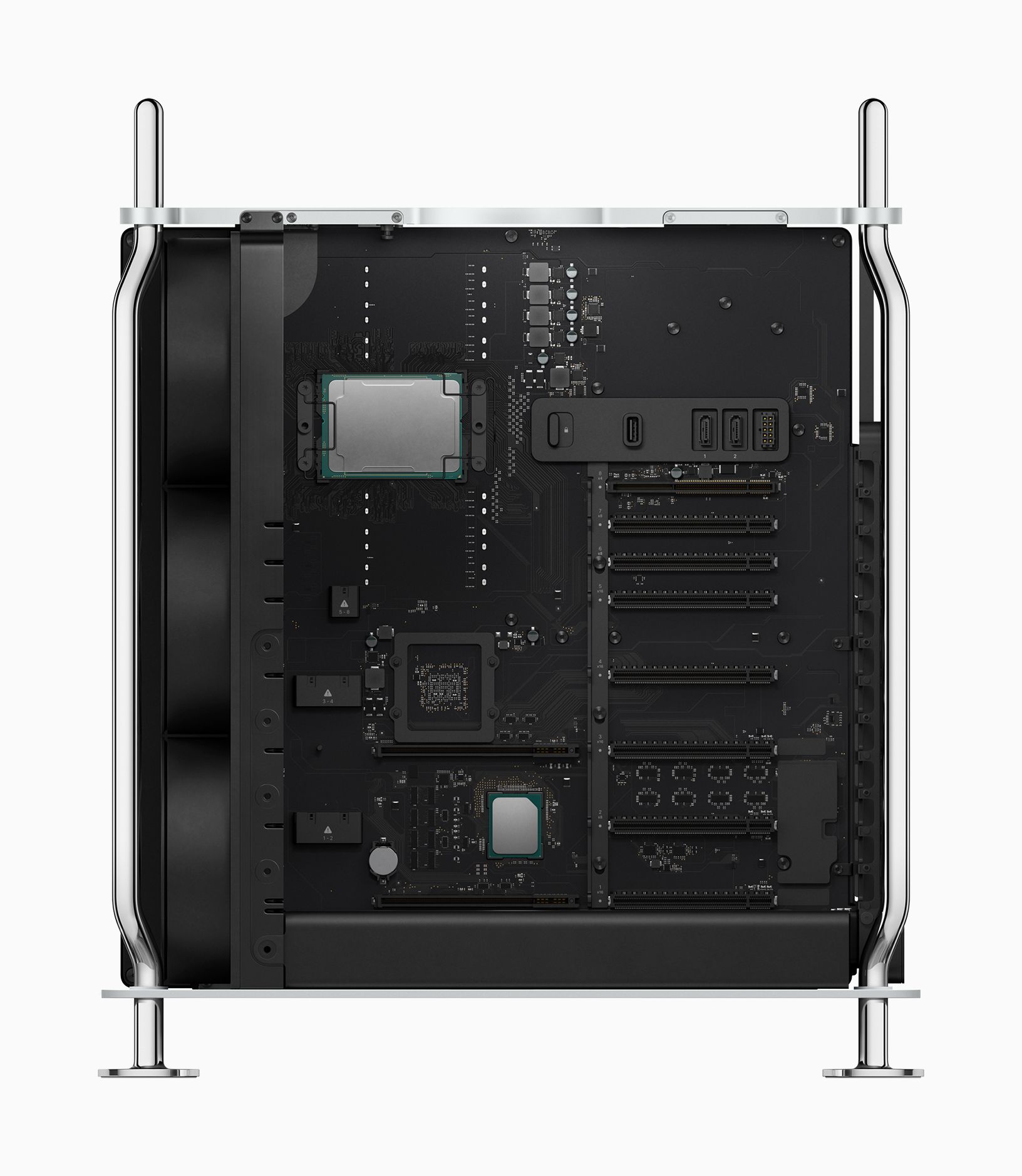 For musicians, the prospects are indeed enticing. Ever on the hunt for more processing power, it’s hard to imagine running out of juice on a machine like this. You'd run out of ideas before you ran out of plug-in slots. Apple has even teased a forthcoming update to Logic Pro version 10.5 that will be fully optimised for the stunning amount of processing power it will offer. While other developers may take a little longer to update their apps (Apple owns Logic so it has a head start), more or less any software you run on this machine is going to absolutely fly. Let’s have a look at the specs and what they mean for musicians.

Like the older towers it is designed with vents at front and rear to allow air to flow across the huge heat sink, meaning less reliance on the three fans for heat dissipation. It remains to be seen how loud they get under load, but we would hope they would be quiet enough to run in studios without getting noisy.

There’s a ton of I/O, starting with the return of PCI slots so you can connect extremely high-bandwidth peripherals without relying on cables, which can become dislodged. There are 8 PCI Express expansion slots - 4 double wide, 3 single wide and one half length, which is double the number of the previous Mac tower. Cables are catered for too of course, since many interfaces and peripherals work this way. You get 4 Thunderbolt 3 ports, two USB-A and two 10GB ethernet ports. Further Thunderbolt ports or indeed any connections you want can be added using the PCI card slots, which was not possible with the previous model. 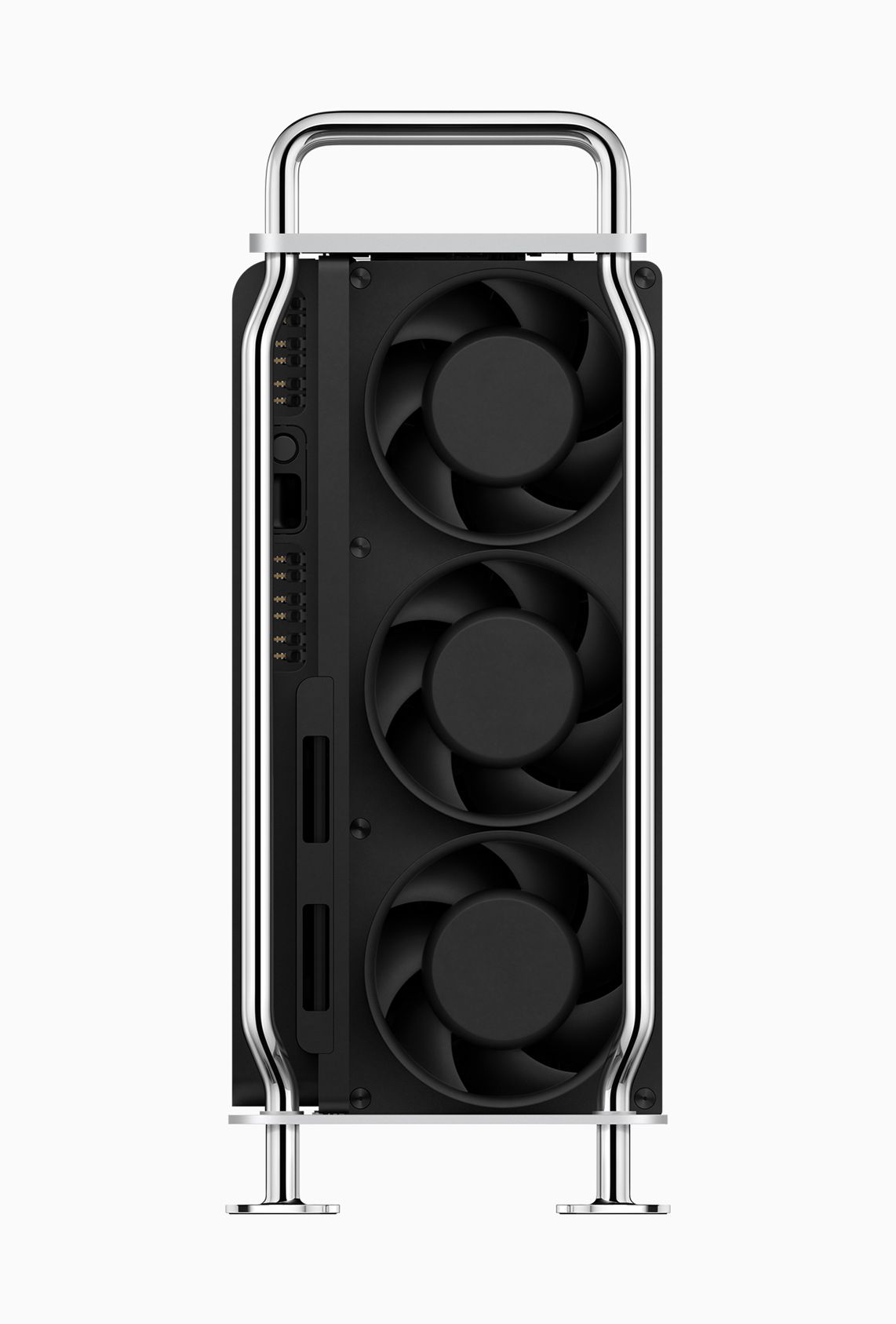 Graphics performance - although generally less crucial for music applications - is via 2x or 4x GPUs and you can connect up to 12x 4K displays. Raw processing power however is vital for music, and you can get 8, 12, 16, 24 or 28-core configurations with a base speed of 2.5GHz and up to 4.4GHz turbo boost. Most DAWs are well optimised for multicore performance these days, so the thread count is usually more important than the base clock speed.

RAM is another vital component for audio production, and there are 12 physical DIMM slots that will accept up to 1.5TB of DDR4 RAM, with up to 140GB/sec memory bandwidth. At higher capacities, you will be able to load vast sampled instrument libraries into memory faster than ever, meaning much less waiting around for Kontakt to load its samples. Moving audio files into and out of memory will also be incredibly quick. There’s up to 4TB of onboard storage using SSD drives which is still a little disappointing (especially given that the higher SSD capacities will surely cost a lot), but you will still be able to add many terabytes more using external Thunderbolt drives. 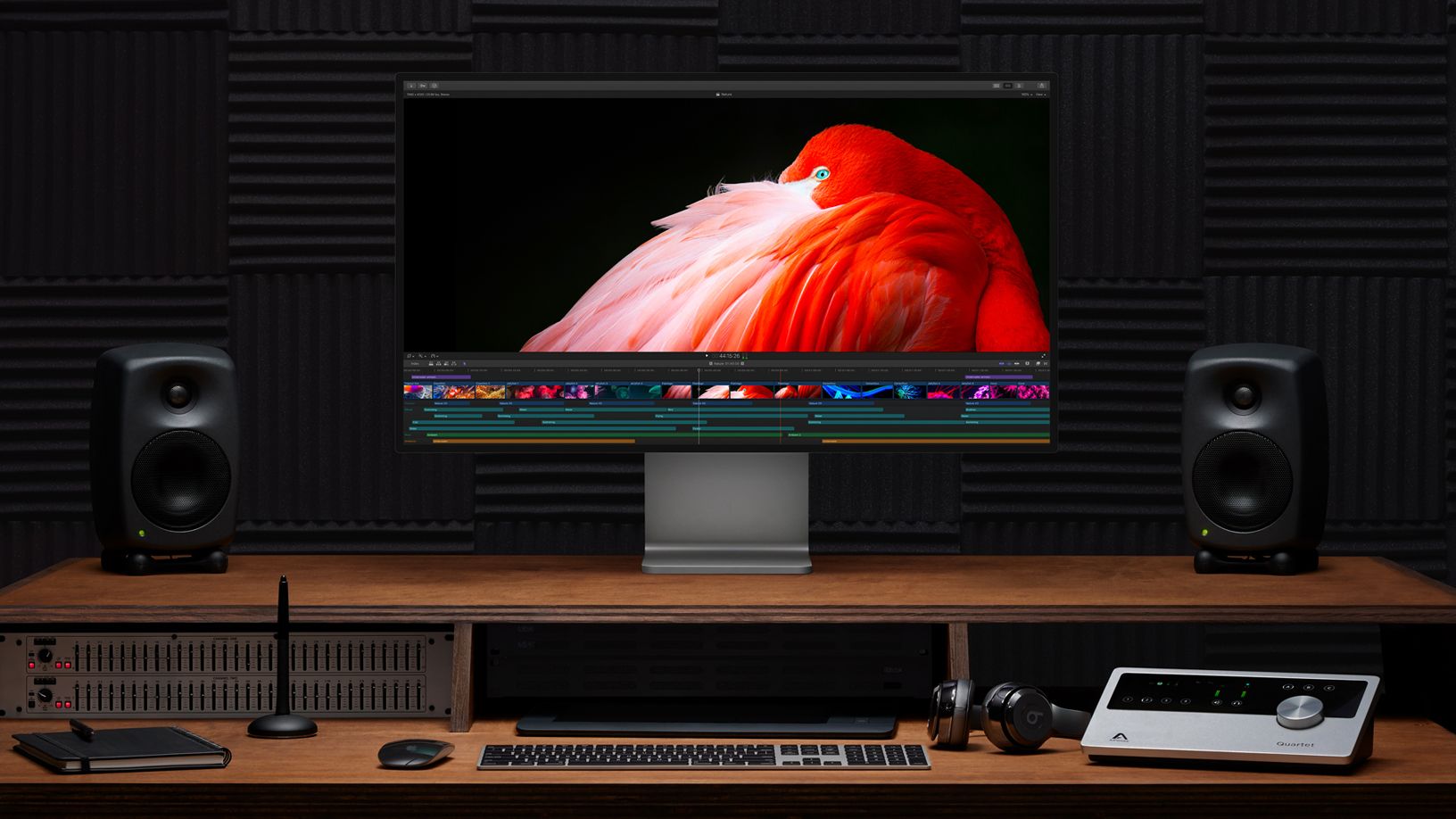 Then there’s the cost, which is pretty eye-watering. It will start at $5999 for an 8-core model with 32GB RAM and 256GB SSD. We’d guess that most people will bump these specs up, since if you’re already spending that much, an extra $1000-$2000 for more cores and RAM is going to be something you’d seriously consider. While it is modular in some respects, it’s still unlikely that you’re going to be able to start replacing the CPU after purchase, although the RAM will be user-upgradeable and this has always been much cheaper to do yourself than to buy from Apple at the time of purchase. Some estimates have the cost of a fully stocked Mac Pro at around $50,000, although that’s not something that many people will likely be ordering.

So what do you think about the new Mac Pro? Are you going to be ordering one as soon as they are available in the fall of 2019? Let us know in the comments!

Cristian Good
The price of this pro machine is absurd. The whole point of the pro users asking for an upgradable machine is that it would be accessible at multiple price points. They should have put way less thought into how the machine looks and instead focused on how it is priced. By not starting the machine at a $3000 or even $4000 price point you have already excluded so much of your potential user group. The fact that you can get an iMac pro with 64gbs of ram and a 2tb SSD for the same price as the base of this Mac Pro shows you how little they thought about this.

I personally really wanted to get this machine but the price is too outrageous. Maybe the high price is so they don't have to adjust for inflation for the next 7 years until the next time they release a mac pro? Who knows. Also, when the monitor stand costs as much as an iphone (or even your previous monitor for that matter) they should have realized at that moment the mistakes that were being made. lol