An increasing number of users are reporting issues when trying to record audio via certain audio interfaces on Apple computers that use the T2 secure chip. What is going on?

As producers we have become used to a pretty smooth ride as far as our operating systems go. Largely gone are the days when an update to Mac OS (or Windows) could break your whole system, kill your DAW or your favourite plug-in. Not that it doesn't happen, but it's far less common than it was even a decade ago. 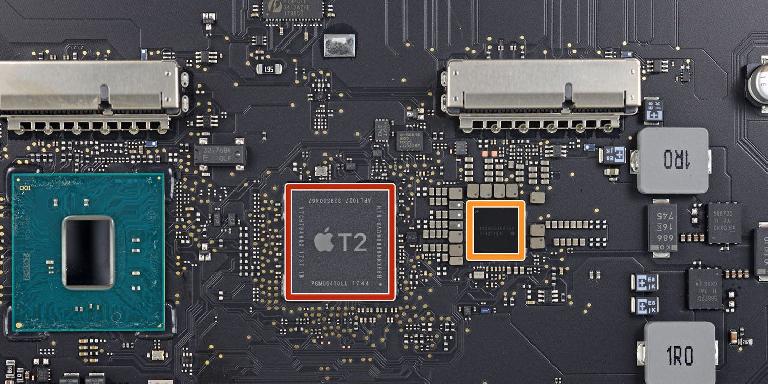 But some users have been reporting serious issues related to Macs that use Apple's T2 chip - a secure hardware element that handles everything from startup to authentication. Introduced with the Touch Bar MacBook Pros but now used in the iMac Pro and 2018 models of the Mac mini, MacBook Air as well, it's claimed that there is some issue between Mac OS and these specific models that's causing dropouts and pops when using USB and Thunderbolt audio interfaces. You can check out some of the discussions here and here.

Manufacturers including Apogee, Focusrite, Native Instruments, Yamaha, RME and MOTU are affected, suggesting it's Apple's issue, since those companies all develop their own hardware and drivers. According to Appleinsider, "the cause could have something to do with macOS' system time daemon, "timed," as some people have reported success by unloading it. The daemon returns once a Mac is rebooted, however."

Apple is aware of the issue and it sounds like the kind of thing that could be fixed with a software update - but in the meantime it seems to be causing headaches for producers who rely on their gear every day. Have you come across this issue? Let us know in the comments.

Nik
It is not just happening with external audio interfaces, but on internal audio too, see: