This new instrument brings the traditional sound of the piano to a whole new level. Similar to the other instruments in the Augmented series (Augmented STRINGS and Augmented VOICES), Augmented GRAND PIANO lets you morph between beautiful organic sampled sounds and a variety of synthesized engines (virtual analogue, wavetable, and harmonic). 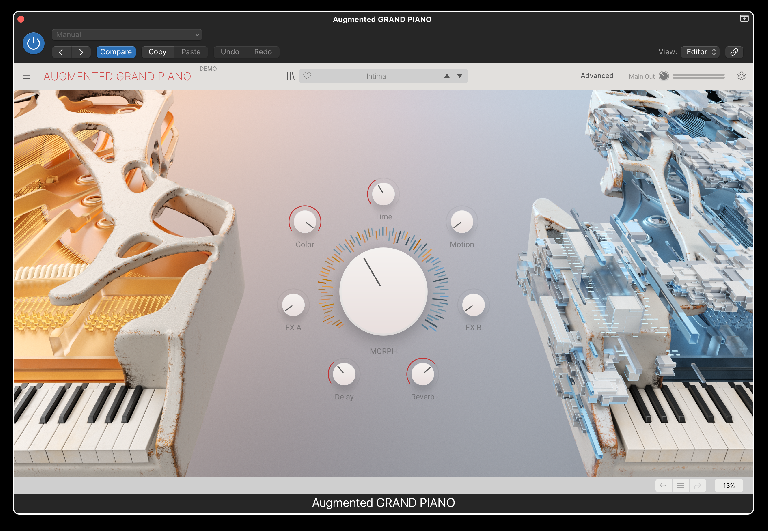 At first glance, the interface is pretty simple with just a few knobs, but dig into the Advanced panel to fully take full control of your sound and dive into a complex and out of this world sonic palette. You can customize every aspect of your piano timbre with 2 distinct layers, each including 2 sound sources, letting you weave your own compound textures with whatever combination of samples and synthesis you need.

To celebrate the launch of this addition to the Augmented Series, Arturia is offering exclusive prices on Augmented GRAND PIANO and The Augmented TRIO, including 2 other titles: Augmented STRINGS and Augmented VOICES until November 3, 2022.