Victor Ruiz has gained international acclaim for his original productions, remixes and signature sound. We caught up with him to find out how he works and what his future holds.

Victor Ruiz is an established artist in the Techno scene. His “unofficial edits” of classic songs are very famous and part of Victor’s performances. The most popular ones are “Breathe” from The Prodigy, “Children” from Robert Miles, “Everything Counts” from Depeche Mode (in collaboration with Thomas Schumacher) and his latest edit of “Teardrop” from Massive Attack. He states that this is his way to pay tribute to their influences.

Apart from remixing officially big names of the electronic scene such as MOBY, Stephan Bodzin and Dubfire, he has reached many times #1 on Beatport with his signature peak time melodic sound.

Ask.Audio: Can you tell us a little about what first got you into music making? What were your earliest experiences of music?

Victor Ruiz: Well, if I am going to be really honest I have been making music since I was a child. Not electronic music though. Back in 1998 I got a given a bass guitar from my parents for Christmas. Since then, I have been playing and writing music. Of course, my first compositions were really terrible but with a lot of time and patience I managed to actually write some cool stuff. It was primarily rock and heavy metal, but it was interesting. Fast forward to 2006, I started to produce electronic music for fun and I couldn't stop. My earliest experiences and memories with music were definitely with my mother who regularly listened to The Beatles, ABBA and Eric Clapton on the weekends by the pool


AA: What was your first big break in the business?

VR: I don't think I ever did have a big break, which is quite funny when I think about it now. However, I have definitely accomplished all the goals I’ve set and that's how I have been working my way through my career – step by step. I think it’s important not to rush things, and that's where it’s led me to today. It was my drive and consistent work that paid off, and that's what it’s all about at the end of the day. 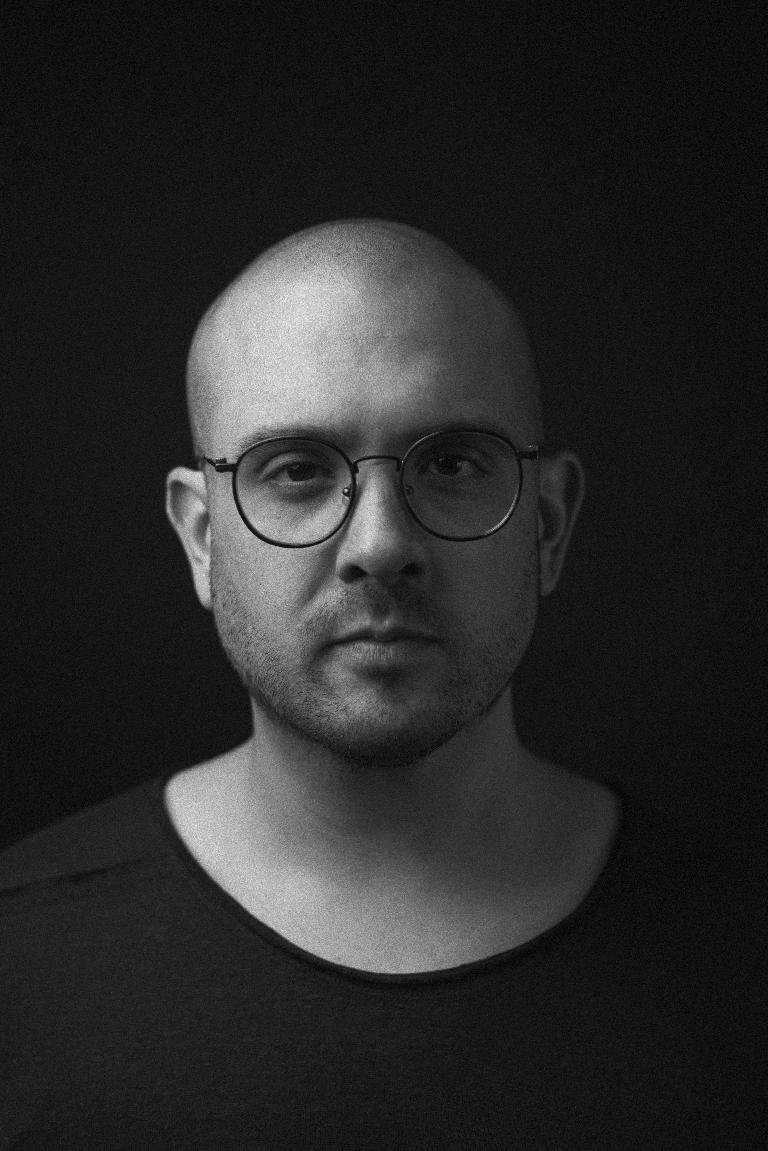 AA: What kind of gear did you use when you started out DJ’ing and producing?

VR: For producing I was using only borrowed headphones and a crappy computer. I didn't have much during my first years of producing, so I did a lot with just a little. As a DJ, I started at the CD era, I had so many CDs and also borrowed headphones until I managed to buy my first Sennheiser HD25’s which I use until this day. I still believe that the fewer tools you have, the more you learn to push yourself to do better.


AA: How would you describe your sound?

VR: Oh, man. That’s a tough one! It’s like me trying to describe myself. My music is very personal. I can say it’s energetic but deep, hard but melodic and always from the depths of my heart. I consider my music an extension of my being, so there’s not much I can say - you have to experience it.


AA: How does a track usually come together? Does it start with beats or melody? Or maybe a top line?

VR: Definitely with a kick (LOL). As for the rest it depends. There’s no formula. If it’s a more melodic track it can start with the main harmony or melody, or even the rhythmic part (beats), and if it’s a harder track the same thing. It goes with my mood. 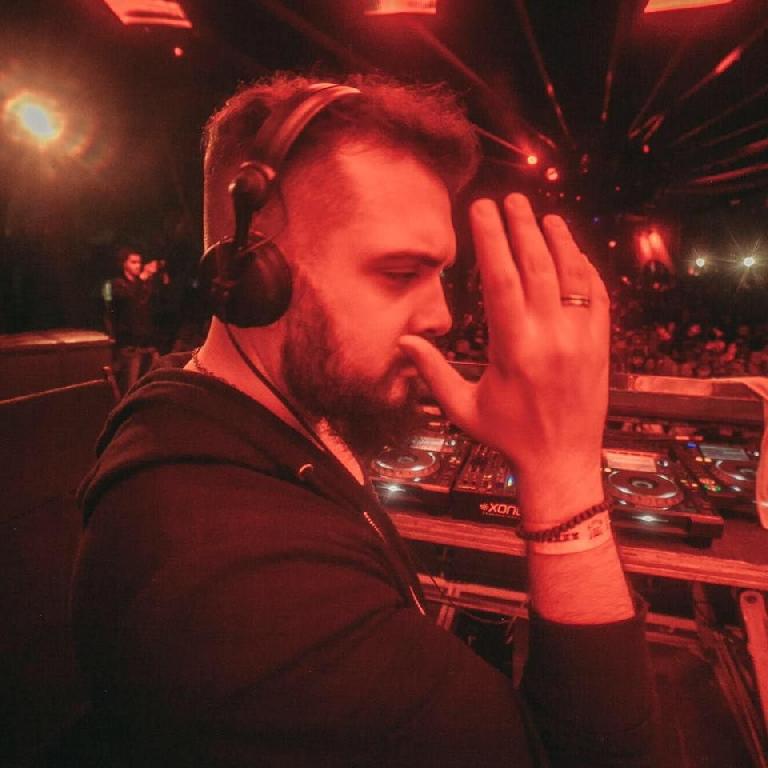 AA: Do you use mostly hardware or software when you make music?

VR: Lately 100% software as currently I have no studio. This never bothered me, to be honest. I love to make music either way. I used to have so much hardware and it’s a completely different way to write music. It pushes the creativity a bit more and I love that, but also you have to be more patient as you have to record everything. With software you can edit and tweak stuff in an easier way.

AA: Can you give us a brief overview of your current music making set-up? Like what DAW you use, what DJ gear, synths and effects.

VR: Very simple. Macbook Pro with Logic Pro X, Apollo x8p as my audio interface, Neumann KH310 speakers and my loyal Sennheiser HD25 headphones. I have a Moog Subsequent 37 and a Roland SH101, but as I don’t have a studio at the moment, I’m not using them properly.


AA: Do you think technology has levelled the playing field for people making music – if so is this a good or bad thing and why?

VR: As technology enabled so many people to reach and create stuff easily, at the same time it made us all very lazy and not creative. It could only be bad if you don’t make a good use out of it, apart from that is all good. Just be smart about that. 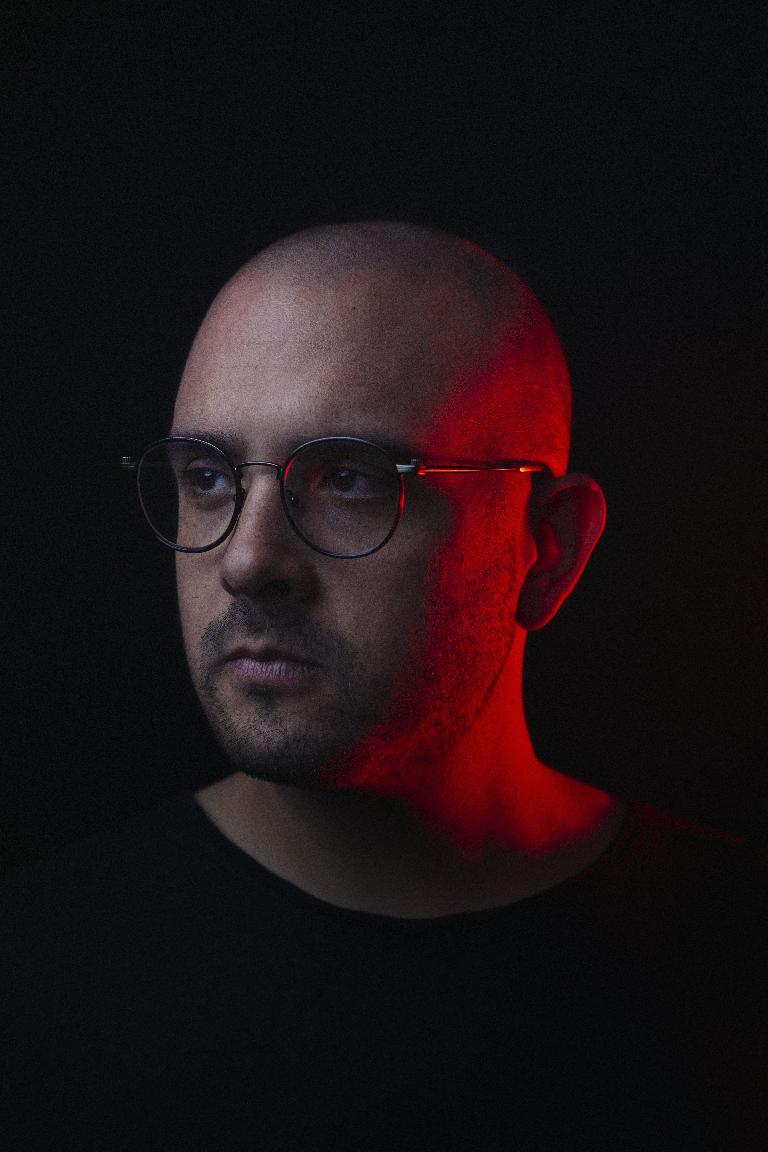 AA: You have a remix coming out with Enrico - can you tell us about how it happened? How to you typically work when collaborating or remixing?

VR: Enrico contacted me to remix one of his album tracks. I had to hustle a bit in order for him to agree for me to remix ‘Symbiosis’. I made a first version, we both didn’t like it, and to be honest I almost dropped it. Only after a second chance that I gave to myself did I manage to make it within a few days. It's very interesting how it happened. I really like to work on remixes because I can put my imprint in other people’s work and I find it beautiful, this kind of collaboration.

AA: How has the music business evolved in your experience?

VR: Before it was a lot about music, releases, gigs etc. Now is mainly about social media. It’s undeniable. And I see many old artists struggling to go with the flow, they simply don’t detach from the old ways. It is what it is like in any other business - you either go with it or you’re gonna be left behind.

AA: What do you have planned for the future?

VR: A very special project that I can’t announce yet, and some other stuff too. Sorry!

AA: Do you have any advice for people who want to make a living making music? Or just enjoy performing?

VR: The best advice is to work hard. And then work even harder. Set your goals and go for it. Work extra when everybody is resting and then work some more. Don’t think there are shortcuts because there aren't. Be yourself and make your own thing. There is already a Sven Väth, an Adam Beyer and a Nina Kraviz, as well as thousands of copycats. But there’s only one YOU.