Interview: TORUL On The Obsession Of Producing, Mixing & Mastering

Language
Slovenian musicians and producers TORUL are involved in every stage of their creative process from mixing music through to producing videos. Ask.Audio CEO Martin Sitter finds out what makes them tick.

As the CEO of macProVideo & Ask.Audio, I’m constantly meeting very interesting characters in the music industry. But few compare to Torul. Or actually, I should say Borut, though I’ve always just known him as Torul, the creator of the band with the same name. Torul, both as a man and as the Band, are a force to be reckoned with. Slovenian Rock Stars in the making. Long-boarders. Partiers. Musicians extraordinaire. Every single time I’ve gone to visit them in Ljubljana (including last April) I’ve needed to extend my stay at the Ljubljana Grand Hotel by an extra night or two - just to recover. 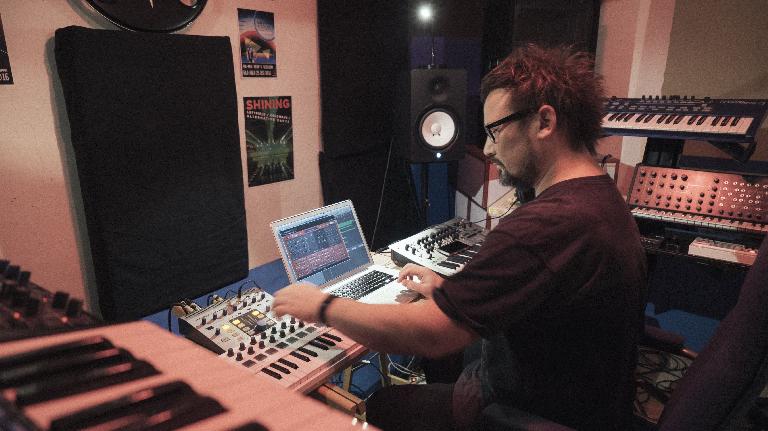 Torul embraces an existential form of Carpe Diem that is simply sublime. I think it is best expressed by their video “Difficult To Kill” which is how I feel each and every time I’m with them.

In my opinion, Torul are musical genius. Pulling on deep rhythms direct from the 80’s, Torul brings Synth-Pop into the modern era. Huge baselines, poetic vocals (all in perfect English) and entrancing melodies create a musical experience that harkens back to the albums of yesteryear. Torul is what Tears For Fears always dreamed of being – when you listen to Torul, you start from track 1, and go right through to the end.

Martin: You just released a New Album Called Reset. The first track “Saviour Of Love” features a huge bass line that I absolutely love. How did you make that?

Actually, I've just prepared a full tutorial about how to make that bass for Ask.Audio!

Basically it's how I usually approach making such sounds: from scratch. I'd go for U-He Diva or Sylenth1 when having in mind a bass like that. The sound of the mentioned VSTs easily competes with real analogs. I can't recall why I used Sylenth1 and not Diva in this example, but it might have something to do with the CPU hunger of the Diva. I try to picture first where I want to go before programming a sound - the sound is not done when it's just "close to...", the trick is to achieve the certain mood, the feeling. Here it must have been a gloomy, apocalyptic, distant atmosphere, a fat sounding, beautiful falling bass pad. There's probably not enough space here for a full description, so let's leave this to the tutorial.

Martin: Your music takes everything I loved about 80’s synth pop and elevates it to the modern era. What bands have influenced your sound and inspired you?

There's music of many genres that are pieces of this puzzle. Let's start with naming a few: The Cure, Joy Division, Yello, Pet Shop Boys, Nick Cave, Gary Numan, Depeche Mode, Jesus & Mary Chain, Kraftwerk, Ladytron, Anthony Rother, Plastikman, a lot of techno, also most of Warp records' stuff, some jazz stuff and classical music, on which I grew up in the early days…

Being open to different stuff instead of focusing only on a single genre is crucial.

I have always tried to be as open as possible to different music and to me it's basically all one. Music is the real communication and for open heads there are no borders, so being open to different stuff instead of focusing only on a single genre is crucial, I'd say. 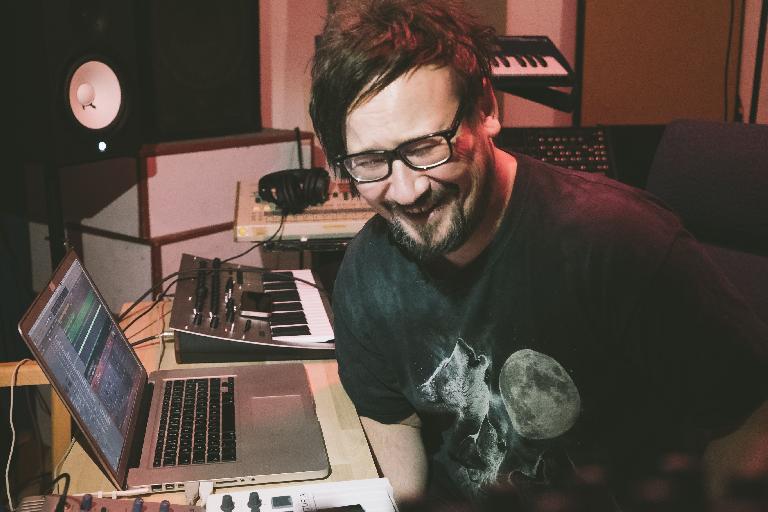 My go-to synth is a Sylenth1. I'm also a big fan of Diva.

Martin: Big Synth Lines are a signature Torul sound. What are your go-to synths?

My first go-to synth is a Sylenth1, it's so fast to work with and still sounds so good. I'm also a big fan of the Diva sound and I wish I had a computer that could run several instances of it. From the other corner, there's the fairly complex Synapse Dune 2, which is also amazing, able to do all these multi-layered sounds from a variety of digital waveforms. On the hardware side, I've been using Korg MS10/20, Teisco 67f, Arp Odyssey, Novation Ultranova, Minilogue, Korg Volca Sample...

Martin: One thing I really like about Torul is the level of your production. Just listening to Torul, I learn new things about how to make sounds bigger. Who mixes and masters your music?

I am obsessed with production and constantly studying mixing and mastering, so it's all me. To me, making music is both songwriting and production, I am equally passionate about those. I have invested a lot of time and effort in exploring and learning mastering, and I still do. It's a never-ending story, I am very strict on myself and far from being satisfied overall. I feel and I know there's always space for improvement.

Martin: Are there any plugins that you find essential to your mastering chain?

There's a variety of plugins that I use, depending on what the source material is. When I find a track "easy" to mix, I do it all at once: arranging, mixing and mastering. There are advantages and disadvantages of doing that - the advantage is that you can quickly change something that is not a part of mastering in a mix realtime, without having to go back and re-export the pre-master. The disadvantage is if you don't do that, and then try to fix things in a master mastering chain.

When mastering an album, I have a separate mastering session, so I am watching the coherence of our sound through the whole album.

In a mastering chain I'd typically use Compressor1(groove)—>EQ1—>Dynamic EQ—>Compressor2(control)—>Limiter1(peaks)—>Limiter2(final touch).

That is the basic flow, but there could be some other plugins in the process, such as stereo tools and some subtle saturation, or even some hardware compressors / EQ, but it all depends on the material. Sometimes I'd use a compressor in a parallel way. I tend to use a lot of Logic plugins and also some freeware. I also have a lot of stuff from Brainworx, Elysia... the most important thing is always to adjust processors in a proper way, more than which EQ, compressor exactly to use. 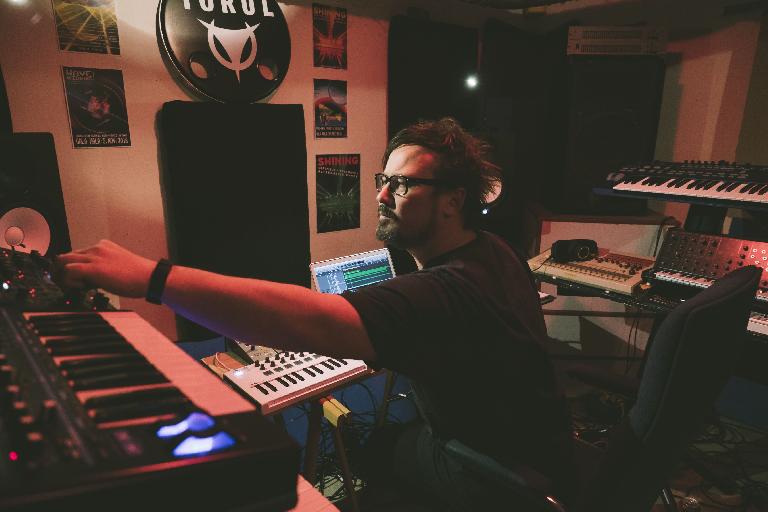 Martin: Vocals are a key component to your songs. For example, “The Fall” pays a lot of attention to how the vox sits in the mix. What process do you use to make your vocals stand out?

First of all, it really depends on the arrangement, how the vocals will sit in the mix and/or stand out by themselves. When there's not too many elements in the mix, you have a lot of space for vocals and this makes things easy. But when there's many sounds, or even a 'wall-of-sound', getting the vocals to stand out is quite challenging. You have to approach it in a creative manner, i.e. compress more, cut away more in low and mid areas, maybe boost a bit in the 2-3k area. Sometimes vocals, prepared like that, won't sound very pleasant when soloed, but in the mix they will be functional.

Martin: I often find myself going to YouTube to and just putting on the Torul playlist, because all your videos are so well made. How do you come up with the concepts and images that you put to music?

With videos, there's always teamwork. After we did the stop motion music video 'Try', we found that we were enjoying making videos in spite of it being quite challenging. We have been working with extremely modest budgets, or even say almost no budget. Luckily, there are some cool people we know, who work in the photo/film/directing industry, and as they happen to like our music, they often help us to do it. We usually come up with the concepts ourselves and then develop it. Also, the three of us are always quite involved with the whole process and usually also do the edits ourselves, which is why we like to call the crew “The DIY Initziative.”

I have invested a lot of time and effort in exploring and learning mastering, and I still do.

Martin: One of your most moving videos - and songs - is “All”. What was your motivation for making that?

'All' is one of the few videos that was basically someone else's concept. Primoz Lukezic, a photographer, came up with this. Being a static photo installations photographer, he wanted to do something very minimal and powerful. We loved the idea and also what came out of it. We were of course on the shooting set ourselves, and it was very very intense: silence most of the time. Which buttons Primoz pressed on Gea, the acress in this video, we will never know, but I can tell you that the emotional outburst was so freaking real. She cried her heart out over something, man... it was painful. Knowing that, I find this video a unique video. Oh yeah, and that was actually her mother at the end of the video.

Martin: If you could look into a crystal ball, where would you see Torul in 5 years?

I hope Torul gets some more recognition, but what really matters for us is that we evolve constantly musically, while keeping our core sound, which is already recognizable. Producing a variety of different tracks, some being more club-style and the other more indie sounding or sometimes even experimental. There is so much more to explore. Currently, being between albums again and touring Reset, we are trying out some things related to the future productions.