We all know how important strings, necks, picks and bodies are to our guitar tone. But how about pickups? It might be argued that they could be the most important aspect in the overall picture to a great sound. With that in mind, industry veteran Rob DiStefano of Cavalier Pickups talks about some of the factors that are involved in pickup production and tonality. 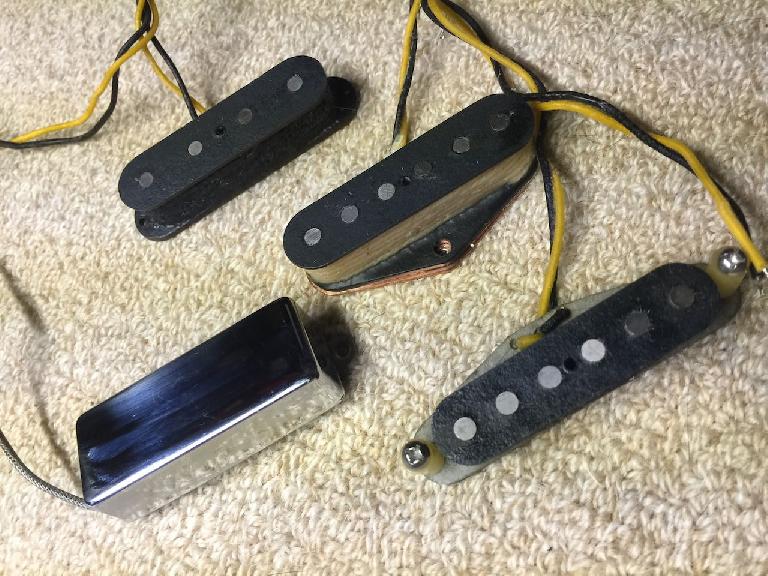 RT: Breaking it down simply, the fundamental basic styles are single coil and double coil.

RD: Yes, in terms of passive transducers. These are the typical high resistance pickups found in the majority of guitars in use. Their counterpart are active, low resistance pickups, but we’ll just talk about the hi-z types.

RT: OK, so then what are the benefits of single coil?

RD: They have their own unique tone. Single coil pickups typically can offer lots of treble. You can do it with a double coil (humbucking pickup). The reason humbuckers cancel signal noise is because one of the two bobbins is wound in reverse, and that bobbin also has reverse magnetic polarity, when the two bobbins are connected in series or parallel. When you do this with a pair of coils, you start losing inherent treble as treble shares that part of the audio signal where the noise lives, but you also lose most if not all of the signal noise. 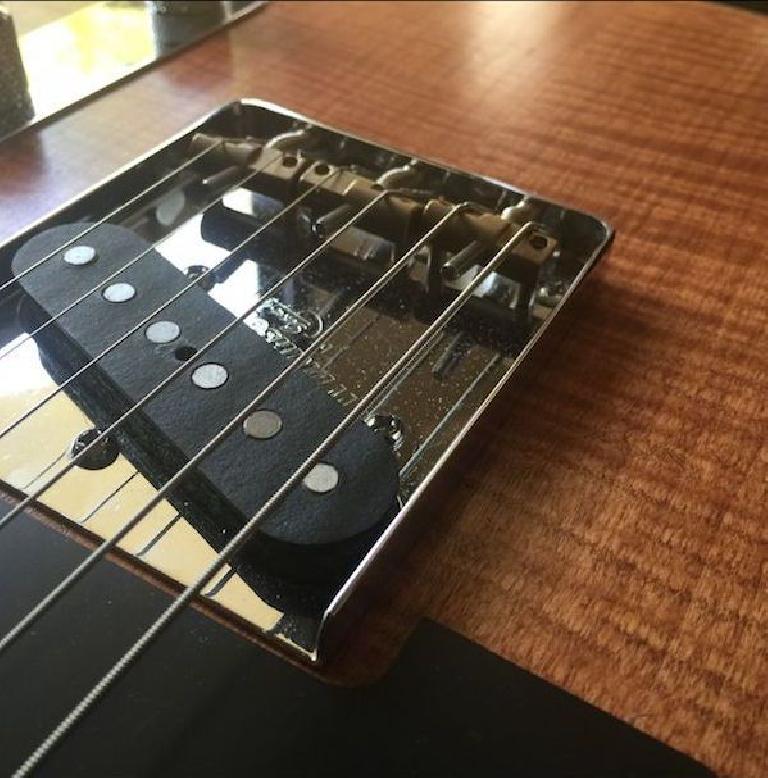 RT: Why do the old Fender pickups sound like they do?

RD: It has mostly to do with the pickup’s footprint (the size and height of the bobbin), the gauge of the wire that’s being used and the thickness of its insulation, the coil wire turn count and winding tension, and the magnet types. There are other considerations.

RT: Okay. What does turn count do for you?

RT: Okay. A typical, single coil that you wind is how many?

RD: Well, they’re all single coils but with specific footprint/bobbin shapes we all know and love like the stratocaster, Telecaster bridge and neck, they’re essentially just different bobbin. Why Leo (Fender) chose those sizes, I really don’t know. I do know that the Telecaster bridge pickup started off as a steel guitar pickup. 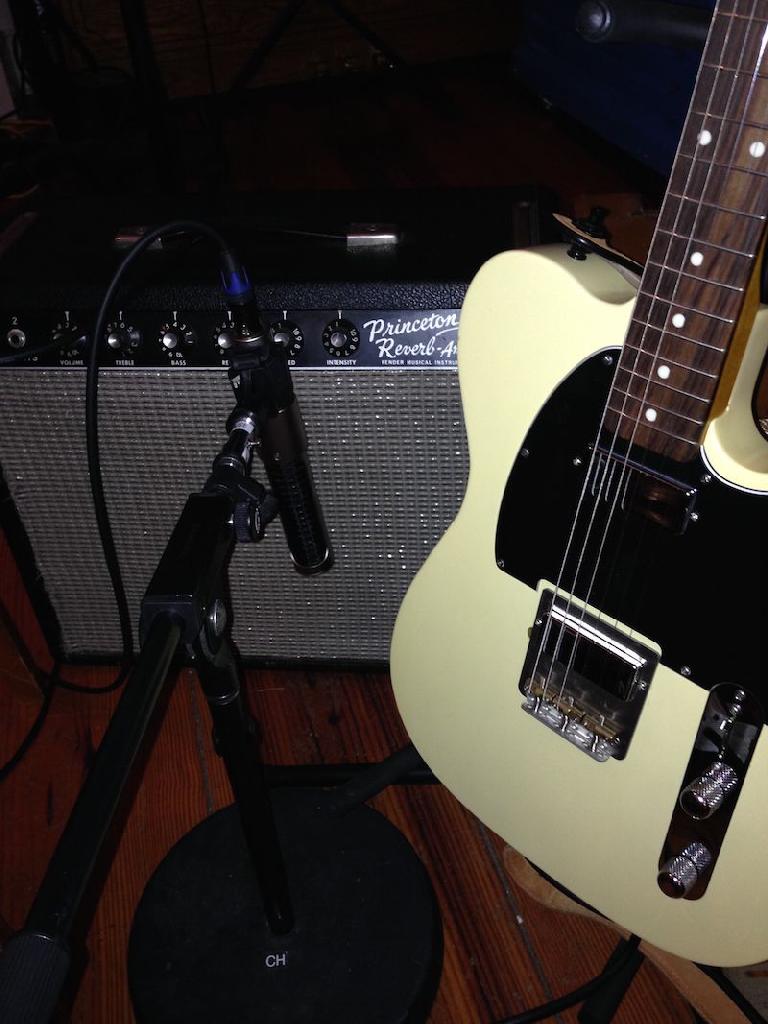 RD: Yes, and it’s larger than a strat pickup. It’s beefier, it’s bigger. It has a bigger bobbin footprint and that allows you to wind on more wire. Once again, more wire that you put on, you’re going to increase the midrange, you’re going to have more of an output to it. It also depends on the kind of guitar and the placement of the pickup. If your pickup is placed near the bridge, it’s typically going to be more difficult to pick up the excursions (or the vibrations) of the strings because near the bridge they’re quite small, but if you look more towards the neck, you’ll see that the string excursions or vibrations are much larger. Larger vibrations picked up by the same pickup are going to just come out louder. It’s going to be able to transduce the signal louder, whereas the bridge area creates a smaller signal. So, typically what we like to do is to have a “bigger” bridge pickup so it can work with the smaller string excursion. 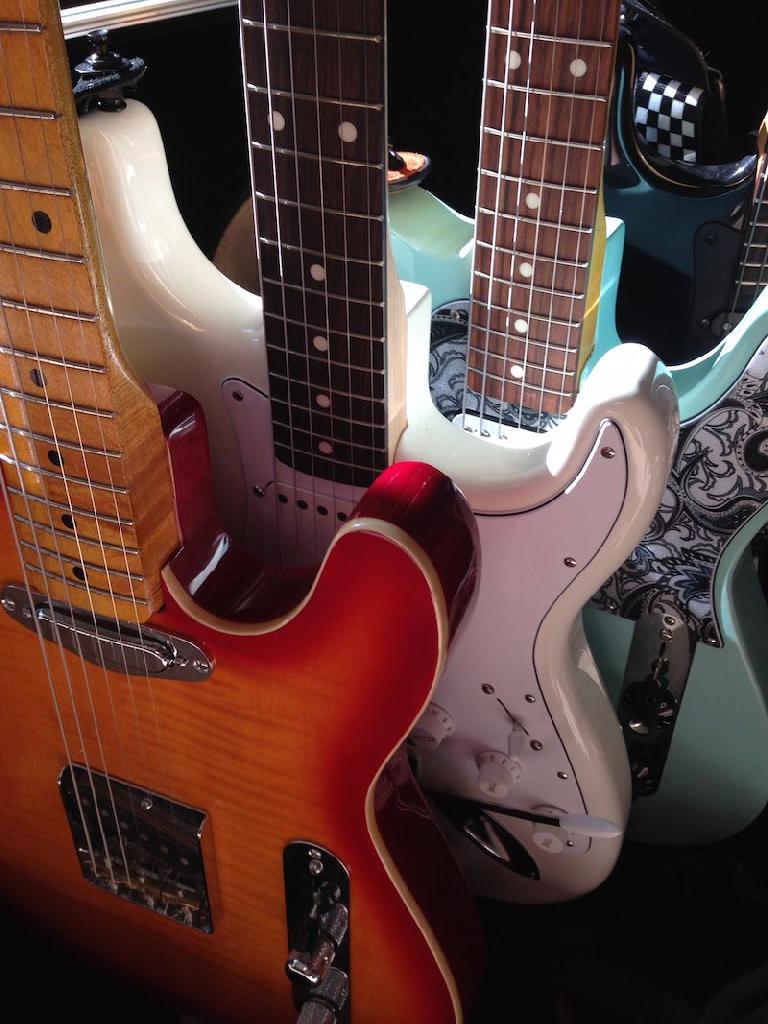 RT: And the strat pickups are all the same size?

RD: Yes, I think it was just cheaper to make all three the same. In fact, the early ones were all wound the same. That’s why over time, the ubiquitous vintage Strat blues-rock sound is the neck pickup. The vintage style Strat bridge sound is typically anemic, it just doesn’t have the drive. No matter how close you make the pickup to the strings of the bridge, it still doesn’t give you the womp or the power if you’re trying to balance the pickups, and so you have to really goose up the bridge pickup—bring it up closer to the strings—push the volume of the amp, as well as the guitar up the highest that they can be, then when you switch to the neck pickup, it’s just going to overpower everything. It’s going to be that much louder. And pickup height rules for tone. 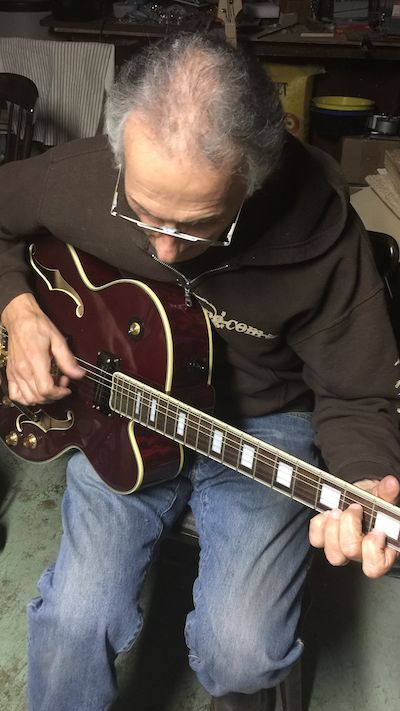 RT: How about the height of your pickup then?

RD: The pickup height is really super important. I can’t stress how important it is. The closer that the pickup is to the strings, the easier it’s going to be able to transduce the signal and therefore, it’s going to give you the most volume. It’s also going to give you the most ballsy, aggressive tone. As you drop the pickup down away from the strings, you’ll notice that output decreases, but so does balls. The aggressiveness starts to decrease and what takes its place, typically, is a more acoustic-like tone. You get a sweeter, more mellow, more acoustic tone out of it. So the decision as to where to place the pickups is a personal one, it’s a subjective one and you can’t go by number (rulers). You really just have to let your ears make the decision for you.

RT: Okay, let’s talk about wire. Different wires—what’s the difference between wires that you’re winding around a pickup?

RD: The American Wire Gauge (AWG) that’s probably the most common and used is 42 gauge (42AWG).

RT: What does that mean?

RD: It’s the mean diameter of the copper core, not of the wire itself because the wire itself has a coating on it, insulation. The insulation could be enamel, lacquer, polyurethane—there’s a number of mediums that can and are used for coil wire insulation. If the insulation is thick and you have a given bobbin shape, then you can only put so much wire on it. If the insulation is thin, you can increase the turn count and output for that given bobbin and pickup type. Not that output is the goal, output is just what it is. It doesn’t necessarily mean that the pickup is going to sound better or be better or be “best”. It’s very subjective. Sound is very subjective, period. The next wire gauge that’s probably used most is 43AWG, which is smaller than 42AWG, everything is inverse.

RT: Is there any tonal difference between 42 and 43? Subjectively.

RD: It’s not subjective. It is an objective thing because let’s just say you take a Telecaster bridge pickup, which originally was wound with 43 gauge wire—if you put 10,000 turns of 43AWG wire on a Telecaster bridge pickup, the amount of output that it’s going to give you for the 10,000 turns probably equates to, for arguments sake, 10K. If you put 10,000 turns of 42 gauge wire on that same bobbin, the probable DC reading on that is going to be 8K.

RD: And that’s going to tell you that there’s a difference between the two pickups that will clearly equate to tone and output. So what you probably will find is that the higher resistance with the smaller amount of wire will probably have a bit more of a treble edge and less output than the slightly more midrange sound of the 42 gauge wire and maybe the slightly bit more output. These things are quantifiable, they are objective, they’re not subjective, they’re hard fast and you have to listen to them to decide what’s going to work out best for you 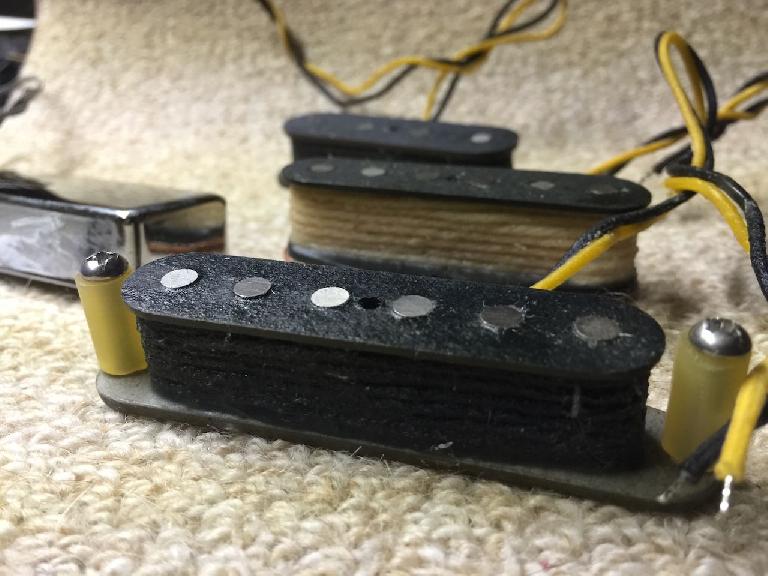 RD: There’re basically three flavors. From the vintage style, there’s either the AlNiCo (aluminum, nickel, cobalt) or AlNiCu (copper substitutes the cobalt). Then we’ve gone to ceramic magnets and then you go into neodymium magnets, which are super, incredibly powerful magnets. I mean a dot of neodymium, 1/8 of an inch in diameter by 1/8 of an inch thick could probably power an entire pickup. They’re really super powerful. In fact, I use neodymium magnets to charge AlNiCo/Cu pickups.

RT: Okay, so is that what you use in our pickup designs?

RD: I use AlNiCo.

RT: Why do you want that?

RD: Because the human ear likes how weaker magnets work with the footprint of our transducers and the wire gauge that we use in them. Now, AlNiCo magnets come in a whole variety of flavors, that is, the blend that’s used to produce these sandcast little rods. There’s an AlNiCu magnet, which is aluminum, nickel, copper. That’s your A3 magnet that usually has a lower gauss rate, you notice you can’t charge that as much as you can an A5, which is an AlNiCo magnet. If you look at the spectrum of AlNiCo magnets, the A5 is probably the one that will store the most amount of magnetism, it’s gonna have the highest gauss rating and you can measure that with a gauss meter. I measure all my rod magnets with a gauss meter to make sure that they’re the right type, that they’re going to give me the right amount of output, and that they’ll take the proper charge. AlNiCu magnets, the A3s, are also extremely popular and then there’s the A2 magnet, which is even softer and has a slightly less gauss rating. There are other AlNiCx flavor magnets. Would you hear a difference in those different magnets? Some people say they do, given the same bobbin footprint, same coil wire, same turn count. If you substitute an A5 for A3s, for A2s, some people claim that they can hear a difference, some people claim that they can’t hear a difference. I’m not really sure what all that means but I just stick with the proven formula that Leo Fender created way back when.

RT: There you go. It still works.

RD: It works awesome. It’s the way to go!