Interview: Richard Devine on Music, Gear, Software and his Love of Modular

Language
Pioneer, imagineer and eclectic designer of sounds, Richard Devine, talks music tech, the resurgence of analog hardware, software that blows his mind, and what he's been working on behind the scenes.

Ask: How did you get into music?

My first introduction to music was via my mom to classical piano at 7 or 8 years old. Some of the first composers that struck me were Bach, Debussy, Haydn, and Chopin. My last piano teacher introduced me to Erik Satie. His pieces had such a strange melancholy and really got through to me. It was the first time I'd been interested in hearing and playing more of a certain composer.

"I realized I could actually play and write music as a form of enjoyment!"

That same piano teacher didn't treat me like a machine (to only read and play pieces correctly), he wanted me to find composers I liked on an emotional level. He encouraged me to forget the technical aspect and keep up with the movements and changes in the music I liked. It was then I realized I could actually play and write music as a form of enjoyment!

Ask: Is that when music became your main pursuit?

Yes. Then, my brother and I got introduced to different genres of music like hip hop and thrash metal, the music that came along with skateboarding culture. Also, a lot of DIY punk bands, which I loved for their raw energy. It felt like something within my grasp. Something I could achieve on my own. I loved the idea of being a bedroom or garage producer.

Later, I became fascinated with avant-garde, industrial and noise, techno, electro, early house music. Around the age of 16, I bought my first pair of turntables and started DJing, buying tons of records and then about a year later I thought it'd be really cool to start making music. When I'd DJ I'd setup tracks to be within a specific genre/sound. It's like taking the audience on this journey, starting at one point and ending at another point. Where you take them between those two points is entirely up to you. It's like this sonic roller coaster ride and you're basically sequencing the tracks on the fly. In fact, it's like an early form of sequencing and arranging.

Ask: What was your first drum machine?

The first drum machine I got was a TR-909. At the time '91/92 you could find these classic analogue machines for very cheap here in Atlanta. I knew of only one other producer at that time and I actually bought his 909! He was Chris Brann of from the Wamdue Kids. It taught me so many things because it had MIDI and I would sequence it with my first AKAI sampler (bought soon after). I'd have these half drums, half sound sequences which was very linear in style, but taught me the basic fundamentals of setting up a track.

"I was amazed by artists like Speedy J and Autechre. That period for me was like the Renaissance period in electronic music."

I then acquired a TB-303 inspired by the sound of acid. Probably the single biggest turning point in that time was hearing the work of Aphex Twin. I was listening to the syncopated rhythms with alien analog percussion. It was so forward thinking for me it was just revolutionary. I'd never heard anything like it, and I knew I'd love to make music like this. That led to me discovering a whole host of other producers in the experimental dance genre. I was amazed by artists like Speedy J and Autechre. That period for me was like the Renaissance period in electronic music. They were taking a very linear-based style of music and pulling out rhythms, sounds, timbres into very abstract and different concepts. The way they were composing and playing these machines was so futuristic to me. 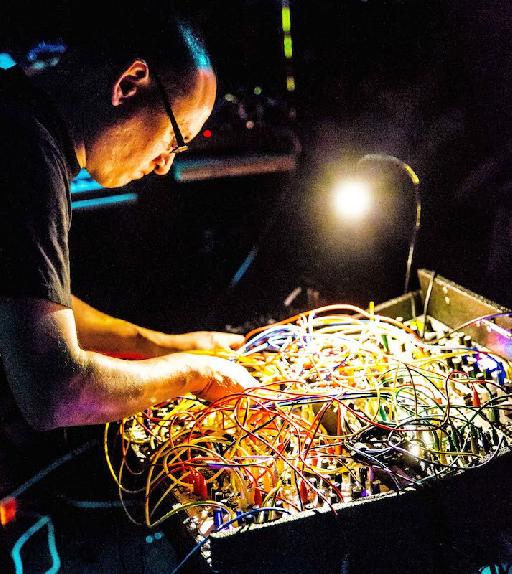 Ask: Back in the '90s electronic was in its prime. Where do you feel the state of EDM is at now?

Well, it's exploded; you now have genres on sub genres of music. There are hundreds of different styles compared to what there was then. You could go into records shop, you'd see maybe 20 to 30 different genres of music. Now you'd see post-dubstep, dubstep grime, UK whatever, and you could easily have 30 different variations of dubstep. Now there are 10 times more people making electronic music. Technology has made this possible. Back then it was harder to find the right equipment, and it wasn't cheap. Often it wasn't user-friendly either: just to get everything to sync together was a real challenge and headache. Now it's much easier'