While recording and mixing acoustic guitars is never easy, one can always get better at it through experience. With that in mind, we turn to the expertise and insight of multiplatinum, Grammy Award winning producer/engineer Neil Dorfsman. With credits ranging from Paul McCartney, Eric Clapton and Sting to Dire Straits and Bruce Springsteen, he's tracked more than his fair share of acoustic instruments. Below, Neil shares some well-worn wisdom about this topic with the AskAudio audience.

Well, to me, like everything in the recording world, there's a million ways to skin a cat. Big picture wise, it depends on two things: your vision of where you want to go—where you want the song to sit, and technically where the guitar is going to be in the mix. So if it's a singer/songwriter thing with vocal and guitar, I would do it one way or a couple of different ways, and if it's going to be a supporting rhythm track or a percussive type of thing, I would try another approach.

Let's go with the singer/songwriter.

Well, I used to use a mono mic back in the day for guitar and vocal, in particular if it was live. Then I found that if I use a coincident stereo pair in XY, it would feel mono-ish but it would sort of leave a hole in the middle of the soundscape in which the vocal could sit. So I started doing XYs micing—generally with small capsule condenser mics. Something like a Schoeps CMC5—or one of my favs—a Schoeps 221B, Neumann KM 54 or 64, sometimes even an AKG C451s, or the new sE RN17 mic—which sounds awesome. I find it often can fight the lead vocal a little bit if the guitar is also in the middle—in addition to elements of the full mix. It also depends on how many other production elements are in the pool. 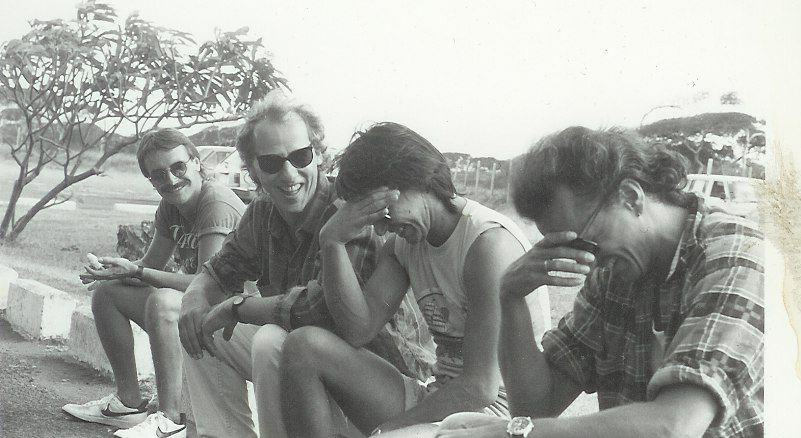 Then how do you deal with the bleed of the vocal into the guitar mics?

It's always a pain for me as I always feel like I'm compromising on both ends of the sound sources. Most people can't really not sing and still play with the same great feel as if they were, so you just try to deal with it and get a great performance. Of course often you have to punch in or composite multiple takes to get the perfect take.

How about recording acoustics if you know it's in a band and not necessarily with a vocal.

I still sometimes would do the stereo pair set-up, but would generally pan them out to one side, particularly if they were going to be doubled. Sometimes with the XY I would pan one completely hard left and then one a little bit in, maybe 8 o'clock and do that on each side if it were doubled.

I've recorded guitar so many different ways, from a mono large capsule like a Neumann U67 or 87 or FET 47 to a single 451 to a mic over the player's right shoulder looking down at the body of the guitar, to "spaced" cardioid mics with one on the neck one on the body. Believe it or not, even the all purpose Shure SM57 can sound just great on an acoustic. 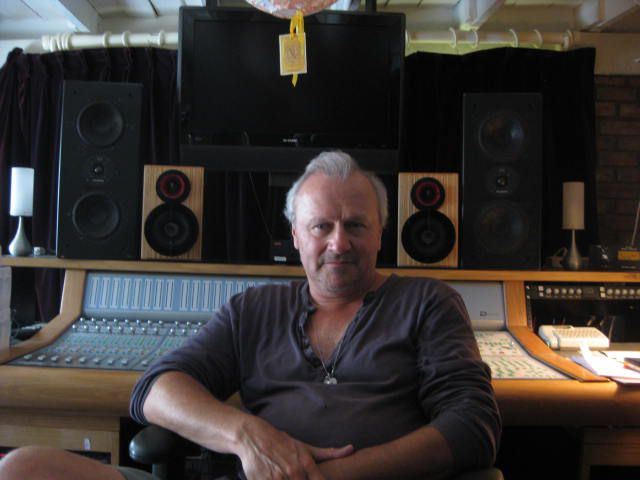 Sometimes, just a single mic works best. One of the sounds I'm most happy with was a Jim Steinman project I was working on and Davey Johnstone was going do an acoustic overdub. There just happen to be  a Neumann FET 47  already set up 3 feet away in front of him as a room mic,  and we were in a hurry so I said to the assistant, just kind of face it at the guitar. We recorded it, and I thought it was one of the best sounds I had ever gotten—and basically did nothing!!! Now that being said, he had a beautiful sounding guitar and is just a great player. So you get lucky sometimes, but you do have to be ready and willing to experiment. It really is one of those instruments you just have play around with to find what is appropriate for the music you're recording at the moment.

How do you acoustics to sit when a mix is busy?

Generally, the first thing I do is take out some of the 200–350 Hz are, then I'll often roll off 60 Hz and below. As for tonality, sometimes they have to be extraordinarily bright or mid-rangey to cut through the mix. Also, panning can help a lot. Sometimes, I don't really need to hear them that much, and just need to feel them—almost like percussion. As with most everything I do, I try to use parallel compression in addition to the clean signal.

Parallel compression even on acoustic guitar ?

Yeah, yeah and I'll tuck it in there, sometimes using a Distressor or an 1176.

Talk a little bit more about how you do a parallel compression with acoustics .

Well, I'll often do that on all guitars, on electric and acoustic. Let's say it's a classic 1176—I'll set the attack really fast and then release really slow so the thing always has "the pedal down". I'll set the threshold quite low so there's at least a good 10 dB of compression and the meter takes some time to release after the guitarist stops playing. It's a pretty hammered sound, not very flattering on its own, but it definitely adds size and punch when combined tastefully!!!

This is on a separate track?

Yes it's a duplicated track (say in Pro Tools) or multed to 2 channels if I get to work on a desk. I'll split it out and then pretty much hammer the clone, leaving the straight signal fairly clean with maybe a little EQ, or a slight bit of compression with an LA-3A or something relatively high-fi and then just tuck the morphed signal in at a 70/30 or 60/40 kind of relationship until I feel the power of the compressed version adding its special character to the guitar—without it changing the tone too much. That will really help it speak in the mix without adding much overall VU level. It just lets the guitar come forward and speak a little bit better!