Interview: Josh Aker on Composing the Music for Infinity Blade 3

Language
How do you create the music for Infinity Blade III: the latest, most visually and sonically stunning game for iOS to date? Composer, Josh Aker, knows the score and reveals all to us in this interview.

Yes, it was... and I'm pretty exhausted. But I've come to realize that if I don't feel exhausted after a big project like this I probably didn't give it my best effort. The music for this final chapter of Infinity Blade is more intense, more intricate, more emotional, scarier, bigger, etc. The average length of each musical cue has increased by a couple of minutes. Almost every cue feels like a self-contained story and is very dynamic. It's been a blast and I feel like I've done some of my best work ever.

"I let creativity, and storytelling, dictate how the music would proceed and then found appropriate ways to break the music into segments that worked for game placement."

The game is much, much bigger than IB2 and with a new hero, [Isa]. Did having a female protagonist change your composition approach?

In all honesty, not really. With a few exceptions, the various themes for the game were more based on location than character. There are seven main areas in the game, eight if you count the hideout, and each one of them is very large. I wanted all the new exploration music to be unique to each area, to each its own history. The few exceptions to that are “The Deathless Kings” music, the updated version of which is called “Revenge of the Kings”, and the main “Infinity Blade” theme, which you actually don't hear in any of the new music until the final track, “I Believe In Redemption” (which is the final battle music for fighting the Worker of Secrets). 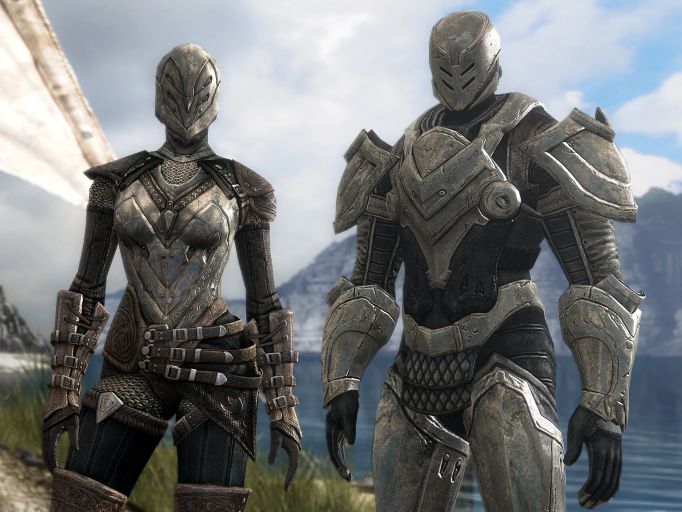 Siris is joined by Isa in Infinity Blade III.

The main character, Siris, actually never had his own theme music per se. His character is complex and I wanted to underscore that by associating him with a certain sound, or maybe two. I use a dissonant, evolving, synthetic drone throughout the entirety of the Infinity Blade score that, for me, represents a certain aspect of his character. I use the accompaniment around that sound to determine whether this aspect of Siris is good or bad given the situation. In other words, if the Siris' signature sound seem to be in discord with the accompanying music it represents the darker side of him. If his sound beautifully compliments the accompaniment, it represents the person he's become and the good that he seeks.

I've treated the antagonists in the game the same way. Radriar, the God King villain of the first two games, has a high pitched metallic drone that you hear anytime he's on the screen. And the Worker of Secrets has for his aural theme a low pitched drone based on a time-stretched Shakuhachi flute paired with a constantly upward modulating synth sound.

I know it's somewhat abstract and I'm not sure if anyone would ever pick up on such an approach, but it works for me and it allowed me to highlight the one common thread, Siris, into every musical aspect of the game without repeating a musical theme ad nauseum. Additionally, it allows me to have a duel between the aural themes no matter what the accompanying music is.

So when it came to Isa, I stayed true to my compositional approach from the first two games. That is, she is represented by a sound, and in her case, a technique of creating a sound. The first two games feature to a small degree a hypnotic pulse that I actually created with a few different instruments, including electric bass. In Infinity Blade III, the sound is all over the place, and often stands in contrast to other sound sources that are droning. It's yin and yang. It's Siris and Isa.

"I'm pretty happy with the end result and at the end of the day just getting something out for the masses to hear is preferable to that elusive state of perfection." 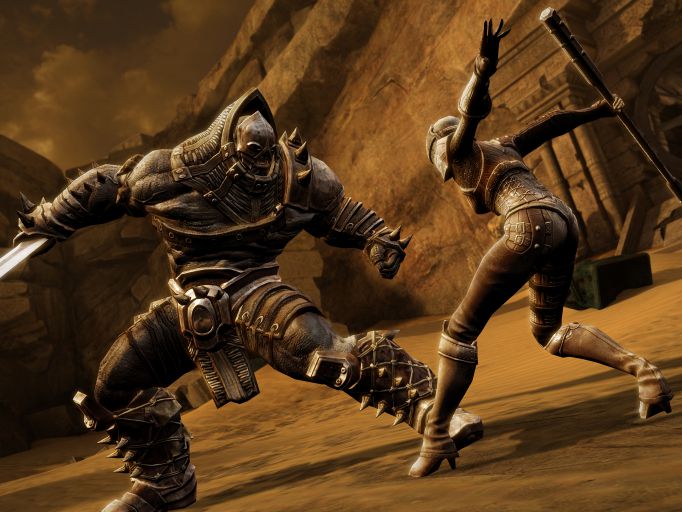 What have been the major differences in composing for IB3 over the other games in the series? (This is even more epic than previous versions!!)

I think the most important difference was the time I had to compose the music. Because the game was so much larger in scope it took a substantially longer time to develop than the previous two games. That gave me the opportunity to compose music and then walk away from it for a short while... more than once. Time away from a creative project really gives perspective and it's something that I usually don't get. So it was a nice luxury to be able to hear the music I had created for what would be the final episode of the Infinity Blade saga and then hear it again a while later with fresh ears. I'd be lying if I said I wouldn't try and improve on the music even now but I'm pretty happy with the end result and at the end of the day just getting something out for the masses to hear is preferable to that elusive state of perfection.

Another marked difference is that for the first two games I composed within the parameters dictated by certain game characteristics i.e. average length of battles, explorations and so forth. This means that I would begin creation from the mindset of - need 60 sec. loop, 45 sec. loop, exciting, terrifying, pensive, sad, etc. and these loops need to be able to move into another section seamlessly, yadi yadi yada... That type of thinking. The music always turned out fine for game play but left me with two and three minute songs for the soundtrack. This time I let creativity, and really the storytelling, dictate how the music would proceed and then went back retroactively to find appropriate ways to break the music into segments that worked for game placement.

This approach may seem a little disconnected from what's happening on the screen, but to some degree game music is always disconnected because while the music is basically always the same, the person playing the game might always do something different. This new approach was better in so many ways. For one, it allowed me to score the epic story of Infinity Blade as opposed to scoring a 60 sec. fight that is different every time you play it, and I could do this without diminishing the music's effectiveness in game play. This approach also results in a much more cohesive and epic original soundtrack.

There is customizable music in the game. Tell us more how that works both for the user and for you as the composer!

Actually the customizable music is simply a feature that allows the player to use music from their own music library in place of the original soundtrack while playing the game. Obviously, the original soundtrack suits gameplay very well but I also understand that for a game as addicting as Infinity Blade it is a nice feature to be able to change up what you're listening to while you play. And I remember way back when ChAIR was seeding the first Infinity Blade to test groups, one person made a comment that the music made him so anxious that he could hardly play the game. I took it as a compliment. But now every player has the option of listening to something of their own choosing if my music makes them anxious.

"Way back when ChAIR was seeding the first Infinity Blade to test groups, one person made a comment that the music made him so anxious that he could hardly play the game. I took it as a compliment." 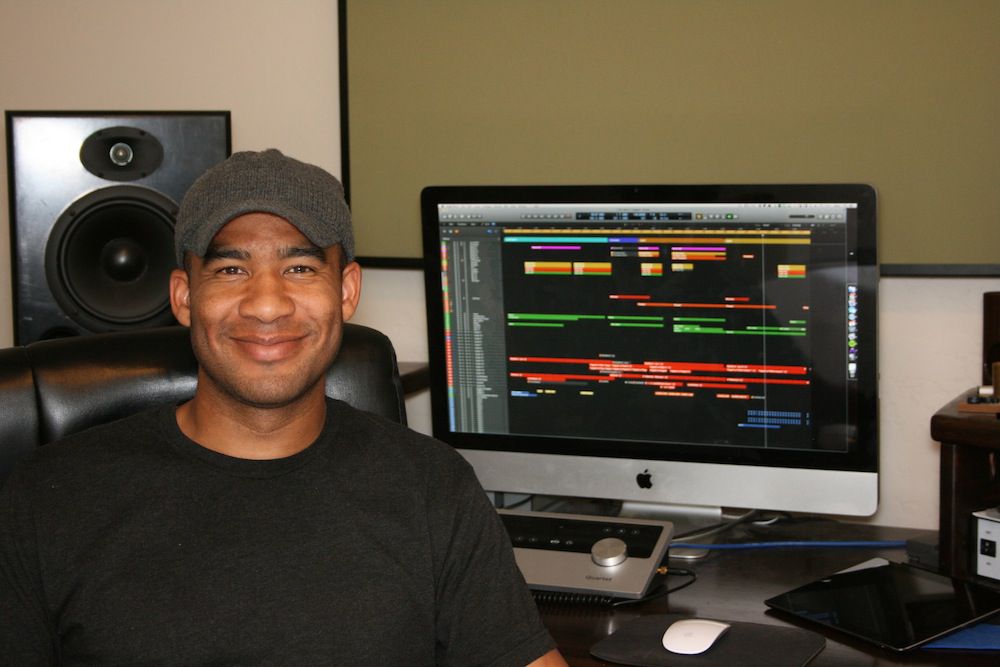 Josh Aker relaxing in the studio after the mamoth task of scoring the music for Infinity Blade III.

What are your favourite tracks in IB3?

It's hard to say. It depends on what time of day it is and what I ate for breakfast maybe. For a pure adrenalin rush mixed with a shot of scary, I think “Ascending” is the best medicine. For emotional Orchestral, “I Can't Escape My Sins”. If I want to put myself into a trance, I'll definitely listen to “Safe Haven”. But at the end of the day, I think that “Your Reputation Precedes You”, “I Remember Everything” and “I Believe In Redemption”, which happen to be the three longest and dynamic pieces on the soundtrack, will probably be fan favorites. I think they're mine.

Tell us about the main studio tools you used?

"There is probably as much pure sound design as there is the composing of melodic lines and accompaniment."

Any unusual creative techniques or found sounds you recorded for IB3?

Found sounds are the hallmark of this latest installment of music. Without going into specifics, many different things are banged on, bowed, thrown, sung through, destroyed. etc. and then mangled with a host of different effects. There is probably as much pure sound design as there is the composing of melodic lines and accompaniment. 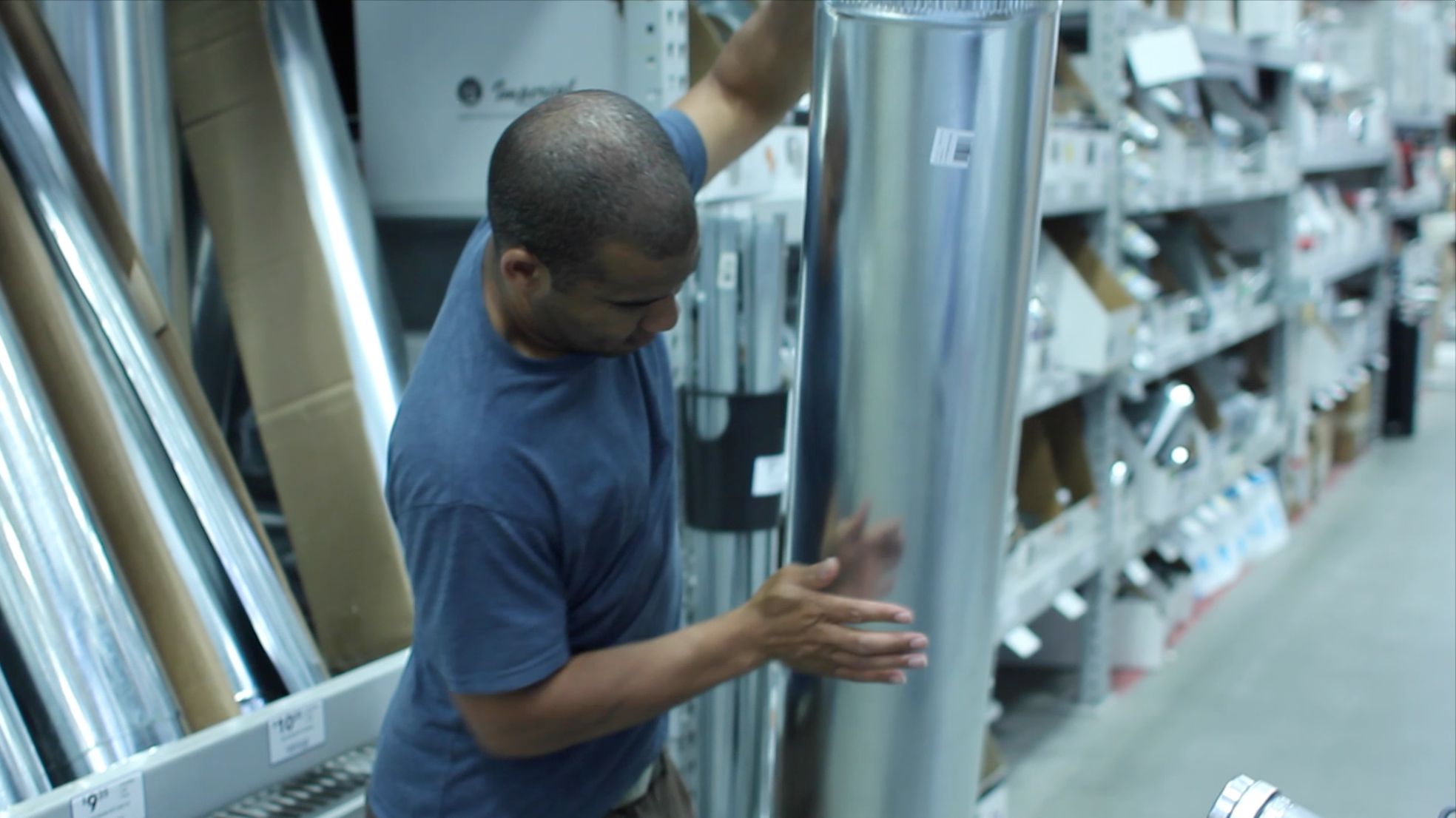 My absolute favorite found sound that I use all over the place in the music is... well actually I don't want to reveal that one. But my second favorite is a sheet of metal that I play with a mallet. I found it in a hardware store. It has the perfect recoil each time it is struck which allows it to be used rhythmically. It's used through “Ascending” and in the battle section of “I Remember Everything”. I also love the underlying war drum beat on “Your Reputation Precedes You”. The raw performance sounded quite tinny and abrasive. But by the time I finished processing the sound, it possessed a very organic quality. And then for the last minute or so of the piece, I run it through a plug-in called Bucephal and intentionally make it disgustingly abrasive...the result is intense.