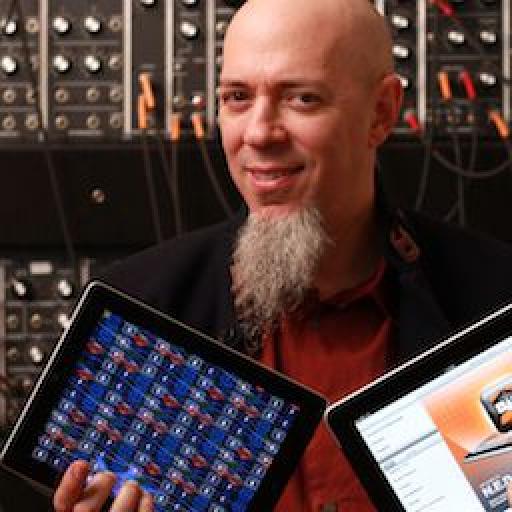 Language
The legendary Jordan Rudess shares his inspiration behind his popular iOS apps, Dream Theater's creative process and how advances in music technology have changed the way he makes music.

There are a handful of musicians that really push the boundaries. For anyone that knows Jordan Rudess, it will come as no surprise that he is one of them! In this exclusive interview with MPVHub Jordan reveals the inspiration behind his popular iOS apps, talks candidly about Dream Theater's creative process, and explores how music technology has changed the way he approaches the music making process.

Rounik Sethi: I've been playing with your new iPad app, Geo Synthesizer. I've been so impressed, there are a whole bunch of things I'd like to chat with you about. So, you've got three iOS apps now: SampleWiz, MorphWiz and Geo Synthesizer?

Jordan Rudess: Actually I have 4 iOS apps. One of these is a photography app called SketchWiz. It was one of the first ones that could turn your images into pencil and ink drawings. We released it after MorphWiz, which as you know is an app that integrates visuals and audio together. When we were experimenting with different ways to do the graphics we had an idea of doing an edge detection thing. I mentioned to Kevin Chartier, my partner, if there was any way to do this in real-time and a couple of days later he made a prototype of SketchWiz. I thought, 'Wow, OK. Now we're in the Photography app business!'