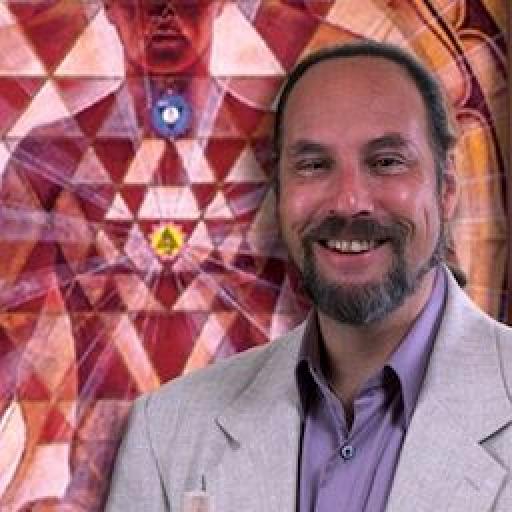 Language
How does sound affect us? Can sound be used as a healing tool? Lynda Arnold sits down with sound healing pioneer, Jonathan Goldman, to discuss this and more (including his new Chakra Tuner iPad app).

In this installment of the sound healing series, I was honored to interview Jonathan Goldman, an internationally acclaimed sound healer, author and grammy-nominated recording artist, about his Chakra Tuner App for iOS. You can '˜tune' your energy centers called Chakras by singing specific vowel sounds at specific frequencies from the Root Chakra to the Crown Chakra. The App provides detailed information about the 7 energy centers and features the voice of Jonathan Goldman himself. 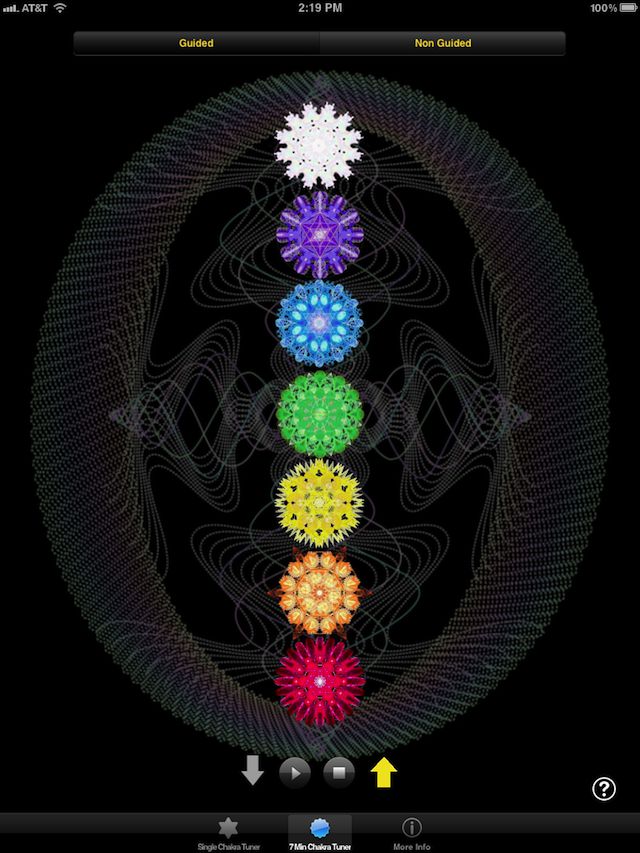 LA: The use of vowel sounds with the different chakras is very interesting. Can you give us a brief explanation of how the particular vowel sounds for toning came to be paired with the energy centers?

JG: 30 years ago, when I was completing a Master's Degree researching the uses of sound for healing at Lesley University, I found there were two basic ways of resonating the energy centers'"the chakras'"using the voice. The first was through use of mantras. The second was through use of vowel sounds.

While I work with mantras'"they are great, time proven sounds for healing'" I was most specifically drawn to the vowel sounds. This is particularly because the vowel sounds are non-denominational and therefore they are easier and more generic to teach to audiences.

They are also extremely easy to learn and effective in their ability to resonate the chakras. What most people are unaware of is that the vowels are considered sacred in many different traditions. The explanation of how the vowels resonate both the body as well as the energy centers is rather complicated and lengthy. It has to do with the fact that when we hear sounds, we are actually hearing composite sounds, called harmonics. Just as clear light is actually made up of all the different colors of the rainbows, which we can see when we use a prism, so the sounds we hear are made up of composite frequencies (called harmonics) that create the specific tones of different objects'"musical instruments, our voice, etc. Different harmonics are in fact responsible for why things sound the way they do. With the vowel sounds, there are specific harmonics that are most audible for each of the vowels and these harmonics seem to resonate particular parts of the body as well as the chakras. This information comes, not only from esoteric literature, but also from speech pathology in which the resonance of the vowels sounds in our body is well known. 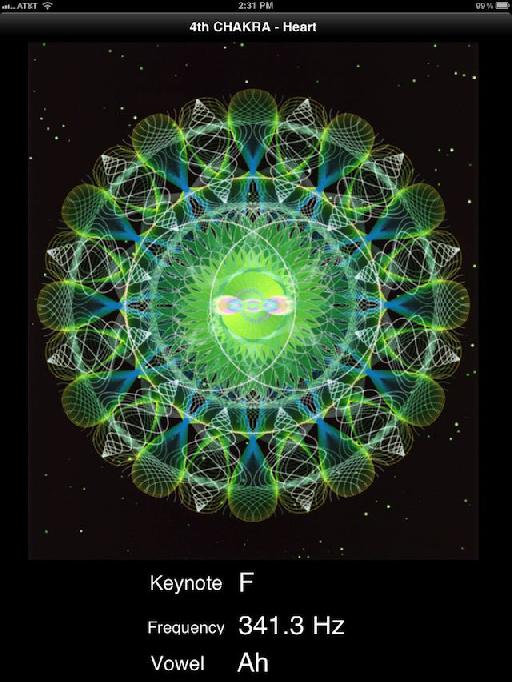 '¨'¨LA: How do singing or toning these vowel sounds affect the body?

JG: First, it's important to realize that there is a relationship between pitch (which is a subjective term for the frequency of a sound'"what is scientifically measured as Hertz or Hz) and the different parts of the body. Different pitches affect different parts of our body. Our body parts and our energy centers are interrelated. The throat chakra, for instance, is located in the region of the throat. So, for example, a deep sound will often resonate the lower part of our body'"the lower abdomen, etc. A mid-range sound will affect the mid-range part of our body such as our chest and a high pitch sound will affect our head. If you couple this aspect of pitch with the vowel sounds, you then have a very good method of resonating both your physical body and your chakras as you make sound (also known as toning) or as listen to these vowel sounds and feel their effects in order to resonate your chakras. 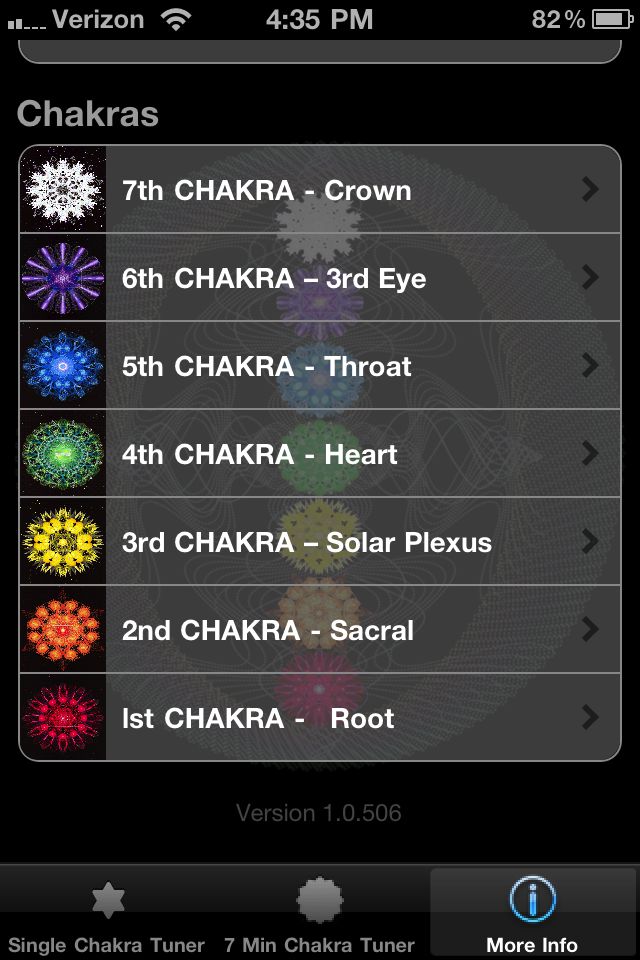 LA: You have also provided a specific frequency for each chakra. This is very interesting for all the audiophiles on macProVideo.com. Can you tell us how these frequencies were determined/measured and how they relate to the larger field of sound healing?

JG: I'm a big believer that we are all unique vibratory beings and that what works for one person will not necessarily be as effective for another. So at best, we can have generic frequencies that work for most people. This is true whether we are dealing with any healing modality. Usually about 80 % effectiveness is considered quite good. In addition, back in the early 1990s, I created a formula that first manifested in my book Healing Sounds. I believe it is still very true and very important today. It is 'Frequency + Intent = Healing'. 'Frequency' is the actual sound. 'Intent' is the consciousness we encode upon the sound. That means that the intention that we put into the sound is as important as the sound we create in order to create the effect. They work together in a synergistic manner. Thus any sounds that I make always utilize this formula of 'Frequency + Intent = Healing'

With that said, the frequencies that were chosen for the 'Chakra Tuner' App (and have also been used in all of my award-winning recordings, including Chakra Chants) is a C major scale (also known as a 'C diatonic scale'), which uses the note C as 256 Hz. This is different than the 'C' on a piano note (which is about 262 Hz). In fact, all the notes of this scale for the 'Chakra Tuner' App are harmonically related'"based upon what is called a Pythagorean Scale. As noted, harmonics are found in all sounds and a harmonically related tuning seems to be more natural and have more healing ability. None of the notes found on the 'Chakra Tuner' App can be played on a piano (which uses what is called an 'Equal Tempered Scale'). Thus the frequencies we use for the 'Chakra Tuner' seem to be very effective for resonating the chakras'"especially when utilized with the vowel sounds as manifests on the App.

In addition, underneath all the sounds on the App is a foundation created by combining harmonically related tuning forks using all the different frequencies used to resonate the chakras. When they sound together they create this powerful sonic cloud that resonates harmoniously with all the frequencies used on the Chakra Tuner App. I think that this sound cloud alone has therapeutic effects. With the vowel sounds, it's just wonderful! 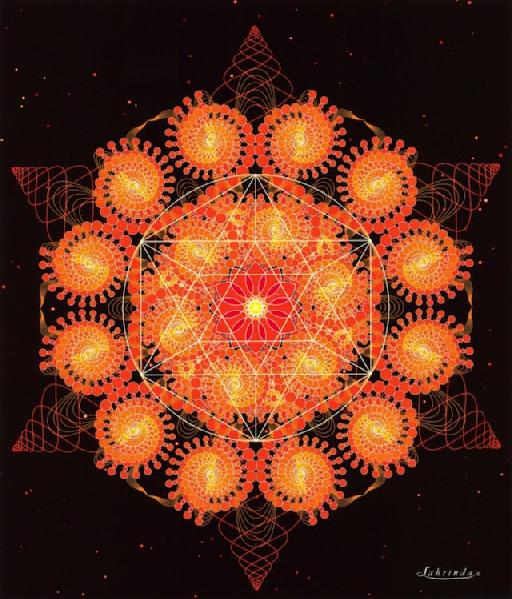 LA: I'm curious about your recording techniques since you have a number of celebrated sound healing albums. Do you record yourself? What kind of recording gear (microphone, hardware, software) do you like to use? You have a very lush and layered vocal sound. Do you often overdub many layers of your voice?

JG: I do record the albums myself. I started on analog recording equipment many years ago and moved on to different digital systems. Then I do indeed multi-track and layer the sounds I create. I learned how to do harmonic (or overtone) singing years ago'"which allows someone to make two or more sounds simultaneously. Often, these harmonic vocal sounds seem like they are a flute or some other instrument. Frequently people think I'm using a synthesizer. But in reality, these sounds are all very natural sounds coming from the voice'"sometimes I'll demonstrate and teach this in workshop. The way I teach them, these harmonics come from the vowel sounds, and they're pretty easily to learn to create

With regard to the actual equipment and gear'"in truth, I've made some of my most well-known recordings on some very simple equipment. It's my belief that I have a lot of help from very special celestial beings who work with the energies of Light and Love through Sound. Also, I'm very conscious of applying the formula 'Frequency + Intent = Healing'. I really do think that this all very much affects the resultant sound that manifests. And I am truly grateful. 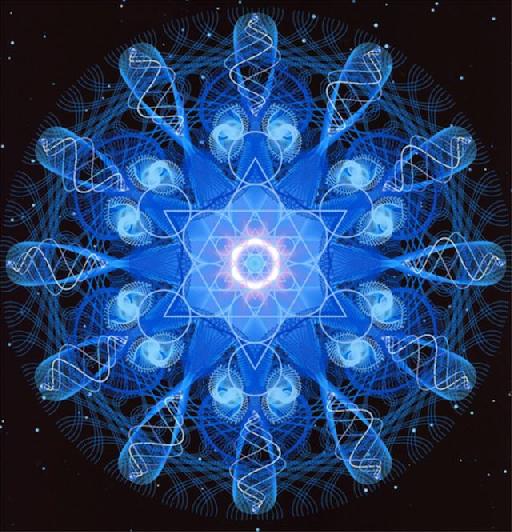 LA: Your App features WAV files instead of MP3s. Do you feel that the healing quality of sound is effected by the type of sound that is being created?

JG: As noted, I started out creating recordings as analog music (which is what LPs'"record albums were) using analog equipment. We've now moved into the digital age, where practically every sound that is recorded is done digitally. If you were to take your arms and spread them apart (so they were perhaps 3 feet away from each other), that would be the spectrum of sound that is found in a CD recording. Now, if you moved your hands so they were only about 3 or 4 inches away'"that is the sound spectrum found in mp3s. It's quite amazing'"MP3s contain only about 10% of the actual energy and frequencies of the sound. That's why they're so small. Much of the actual sound is removed. It fools our ears, but I wonder about our brain and especially our body. That is why we use WAV files for the Chakra Tuner App. It certainly takes a bit longer to download, but from my perspective, it contains the highest level of sound that can be digitally created as an app'"at least at this time. In the future, I trust we will develop something even more effective. With regard to using sound as a healing modality, I think the better the sound, the more efficacy in the healing. So, on that level, the fact that the Chakra Tuner App uses the highest fidelity sound files available is something I insisted on and I'm really glad.

A lot of people are very pleased with the Chakra Tuner App. I created it because there was nothing like it on the market, and I still think this is true. It is simple and effective. I am grateful that the response has been so positive. 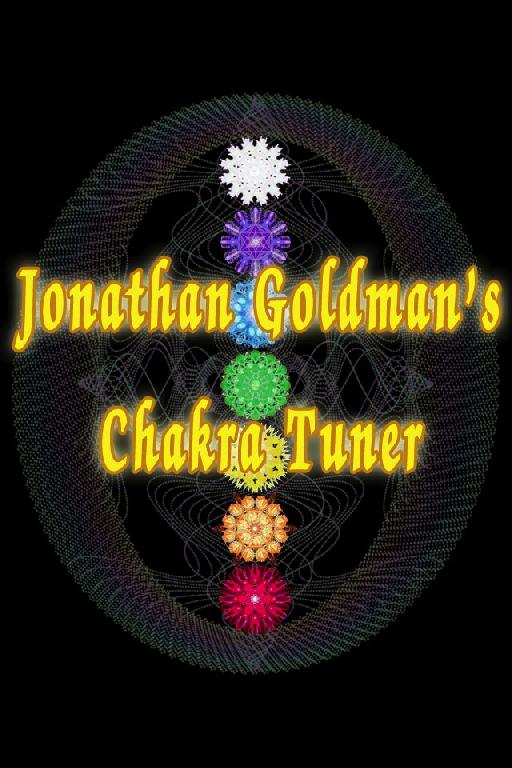 Find out more about Jonathan Goldman on his website: www.healingsounds.com'¨