What happens when a bunch of guys have an idea for a business, and actually go through with making it happen? G.W Childs finds out the story of game developers Devious Gamers.

It’s one thing to make up your mind that you’re going to go after that dream that you’ve always wanted. It’s another thing to actually do it. Longtime friends and marching band cohorts Gage Randall, JJ Dunne, Preston Lee, Syed Anwar and John Bouie decided life in retail was no longer cutting it for them. And with no experience whatsoever they released a hot-selling iOS game over in India known as, fittingly, “I Hate My Job”, soon to be released over here in the states. I sat down recently with the guys in their Hurst, TX office. Now working under the company name, “Devious Gamers”, Gage and the gang filled me in on not only a great story but how they got past a learning curve that sends a lot of people back to those day jobs. 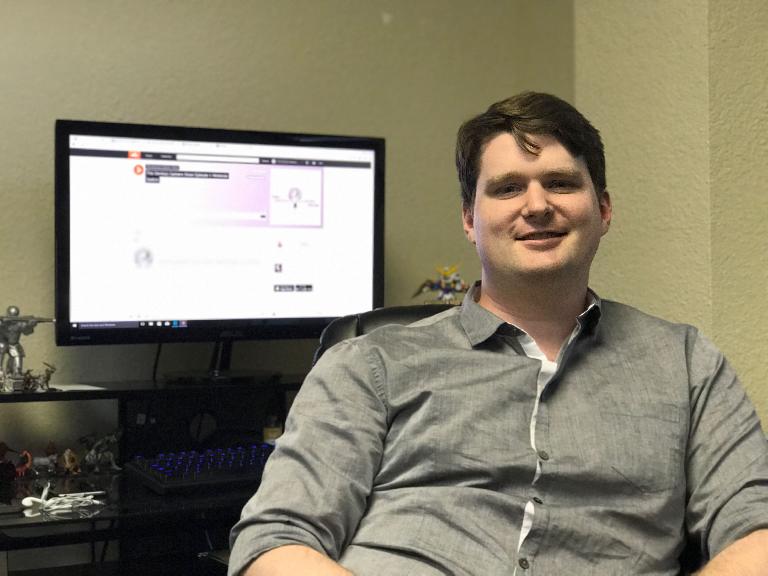 AA: How did this all get started?

DG:“I quit my job at Wal-Mart”, recounts Gage. You can still see the grey fluorescent lights reflected in his eyes as he talks about the exodus. “I came home, and immediately started talking to my wife.”

Like many, a career in retail was slowly sucking out the soul of not only himself but also more than a couple of the guys making up the current team of Devious Gamers. JJ Dunne, the resident composer and sound guy, however, had it even worse during that time. “I was living out of my car, and my girlfriend had just broken up with me.”

Dunne, Randall, Lee, and the crew, during these dark times had been talking, gaming and communicating through longtime favorite multi-player game, Star Wars: Battlefront 2, and managed a guild together, as well as blasted clones, side-by-side. But, even in their virtual home-away-from-home, life was also not going so well. “When they (LucasArts/Disney) decided to pull the plug on the multi-player servers, we decided we wanted to make our own game...” mentioned Gage. “I was talking to the guys on the Guild message board. I was talking to John and work...” Then he stops. “You know how a lot of people talk about doing stuff like this, and they never actually do it? Well, I’d quit my job, and I thought before I’d go find another job, I’d just try doing what I said I was going to do, first.”

Gage’s wife agreed to let him and the guys turn their personal living room into a think tank. 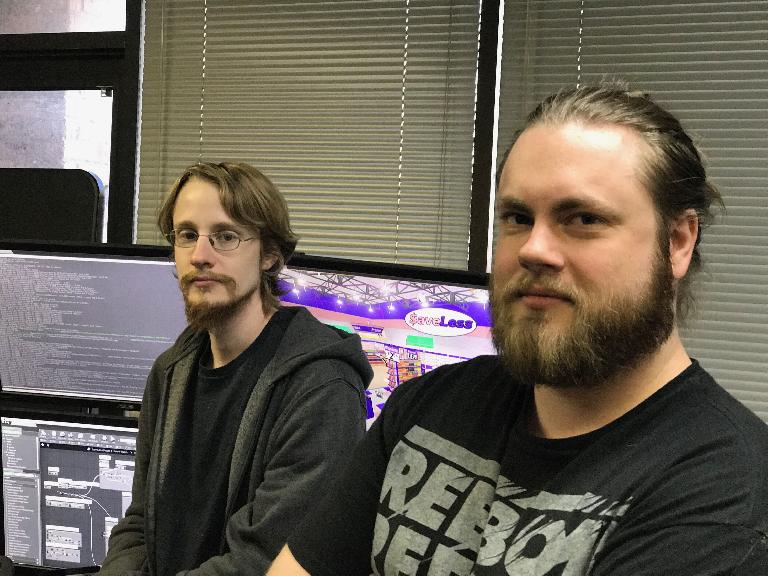 Like starting a band, becoming a game developer, especially with the huge amount of competition out there, took a lot of practice. Initially, Gage took over as the producer and started giving assignments in graphics, sound, art and animation to give his group experience and to determine who, within the group, would be the most skilled for the positions that needed to be filled, like artist, sound designer, programmer, etc. “I knew the assignments I was giving them would most likely not make it into the game. But I wanted them to get some experience under their belt. So I’d give them assignments that sounded like they would go in the game, but might not.”

Even Gage himself wound up taking a different role than he’d originally anticipated. Remember, all the friends had, for the most part, been in high school band together and they all played instruments. However, JJ proved to be not only the sound designer but also the composer between the two. Wherein, Gage wound up being the programmer, finding a strong affinity with the Unreal engine.

What About That Sound Guy?

Using what he’d learned in band, as well as at Texas Christian University, JJ Dunne stepped up to the plate. He spent late nights recording actual Wal-Mart ambiences, sounds and building songs that sounded like you might hear in a grocery store, and some that sound like a grocery store gone mad. The reason, of course, that he even started doing this in the first place was for the game that the Devious Gamers' think tank decided to go with first. Fittingly known as “I Hate My Job”, with the actual concept and design coming from fellow Devious Gamer and Zen Master, John Bouie. The game centers around working at a checkout line at a store similar to their former workplace. Instead of ringing up sales though, you throw items on the conveyor belt at customers, fellow co-workers and anything else that moves around in a grocery store. 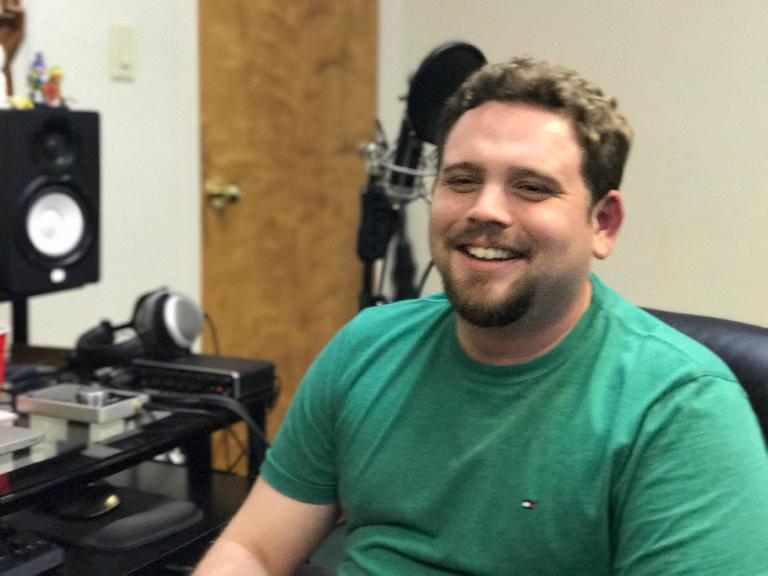 “Did you actually get the scanner sound, at the checkout line?” asks Preston.

Dunne responds, as if reacting to a brother, “I got all of them! I was really creepy! I stood next to a cashier while she was ringing someone up with my field recorder and microphone. I even got the beep sound in the background.”

Being new to game composition and sound design, JJ immersed himself in Logic Pro as well as the complete collection, as far as I could see, of all the Rob Papen plug-ins. He credits YouTube with much of his success not only learning Logic Pro, but also just trying to learn the industry workflows, in general.

AA: Were there any games, movies, or TV shows you used as an inspiration for “I Hate My Job.”?

Dunne: “Originally, when I first started making sounds for the game, I wanted everything to be clean, like in Metroid Prime. But when I started playing the game it wasn’t really satisfying. Because it's like a cartoon, it needs to sound more like a cartoon. So I went out and got the Hanna-Barbara sound library.”

He combined classic sounds that many of us know from classic cartoons like Tom and Jerry, the Flintstones, and The Jetsons with quick melodic arpeggiated bursts, akin to classic Nintendo Games. “A lot of the classic Nintendo sound effects are actually melodic arpeggiator lines playing at a faster tempo, in games like Legend of Zelda, and Super Mario Brothers.” explains Dunne.

Dunne even went on to keep most of his sound effects, be they synth/melodic, or recorded audio, and hybrids in the key of C, along with music between pause screens and active background music to maintain a congruency and flow throughout the game. 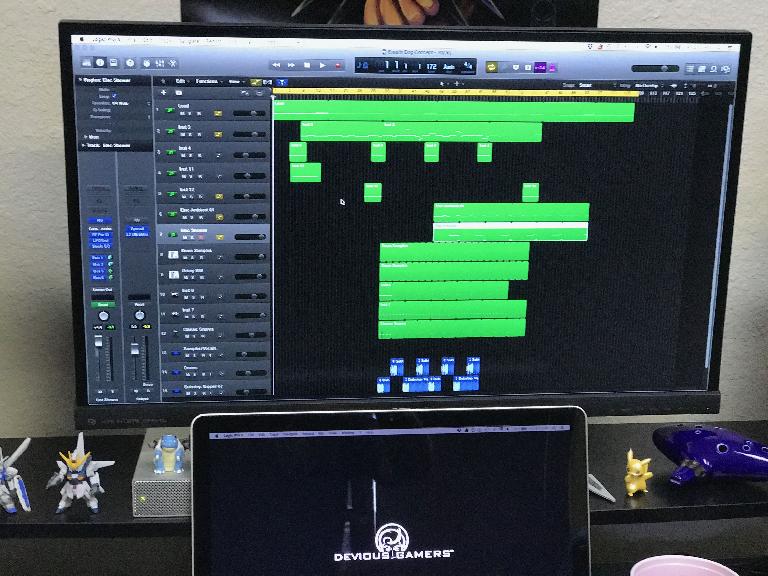 Gage, the CEO, even went on to comment on JJ’s work, “We wanted the immersive realness of a portable game like Grand Theft Auto, but we also wanted it to be a fun, little arcade game, along the line of Angry Birds, or Tom and Jerry. Stuff like that. And, he (JJ) found a great middle ground, integrating actual real world sounds in with the electronic and like cartoon sounds.”

“A lot of the sounds wound up being me processing field recorded sounds with cartoon and electronic sounds together, layered on top of one another” explains Dunne.

Devious Gamers attribute a lot of their success to just learning to make decisions about concept, design, sound and direction within the group without hurting feelings and stepping on toes. And in that small office, with multiple desks inside, and multiple grown men, you can feel the kind of peace and fun as well as see the kind of success learning to work, code, design, and record as a group of friends and workmates can pay out. And from where I’m sitting, regardless of the American launch, “I Hate My Job” has permanently altered the careers of a few guys that just decided to face the scary and go after their dream.

Read more at the website http://www.deviousgamers.com/
Synthesis 101
The Filter
by Bob Moog Foundation