Hailing from the north east of England, Denney has played his unique blend of house and techno around the world and alongside some big names. We caught up with him to discuss his latest release.

After years spent playing at club nights around the North of England and working for Back to Basics in Leeds, Denney began to produce his own music, ultimately attracting attention from heavyweights like Pete Tong, Sasha and others. Releasing tracks on acclaimed labels such as VIVa Music, Saved Records, 2020 Vision and Hot Creations, we caught up with him to talk about the concept behind his re-imagining of a classic track.

AA: Hi! Can you give us a brief history on what got you into music making? What’s your background in music?

Denney: When I was a kid I played the piano and saxophone but then I got my first set of decks at 13 years old and never looked back.  Making electronic music was a natural progression and after being kicked out of two colleges doing A-Levels I decided to do a music technology course. It was there I learned the basics of music production on Cubase.

What was the first milestone or big achievement that you feel started you on the path you’re on today?

I would say the big changing point was my first Hot Creations release in 2012. That was the moment I was able to make music my full time job.

Make sure you surround yourself with good people, that is the most important thing as well as not getting caught up in the partying too much!

Your new single “What’s Going On” sounds like a proper dancefloor filler. Can you tell us about how you approached putting it together? What was the inspiration for it?

I had the idea for it 6 years ago as I had always loved the original record (from 2000), so managed to track down Mekon (who was the artist behind it) through MySpace and ask if there was any way I could do a new version.  At first he didn't seem keen but after a year of persisting he managed to find the DAT and send me the vocal.  I tried to get it right over the next few years but never felt it was as good as it could be so I shelved it for about two years.  I revisited it last year and managed to get it nailed... finally!

Why did you decide to sample the original track of the same name? Would you say it’s a re-imagining of the track?

It is a re-imagining of the track totally, it was a big beat record originally and I’ve made it House. it's Roxanne Shante's vocals that make it stand out, they're killer!

I always start with the drums and then a bassline and build the track around that groove.  I spend a lot of time sample searching so try to have my own sample library on the sidelines

Can you tell us something about your setup, like are you more hardware or software-based?

I use Cubase 8.5 through a MacBook Pro with loads of plug-ins such as Kontakt to program the drums and loads of VST synths.  I also have a few bits of hardware such as a Juno 106 and Bassbot for acid lines.  I'm starting to collect more hardware now.

What is your working process? Like, how you would begin a track: with a beat, a bassline or something else? Your background as a DJ presumably plays a role in how you approach production.

I always start with the drums and then a bassline and build the track around that groove.  I spend a lot of time sample searching so try to have my own sample library on the sidelines so I can see if any of them work.  Sometimes they do and sometimes they don't, that's the beauty of it, you never know what you're going to come out with. 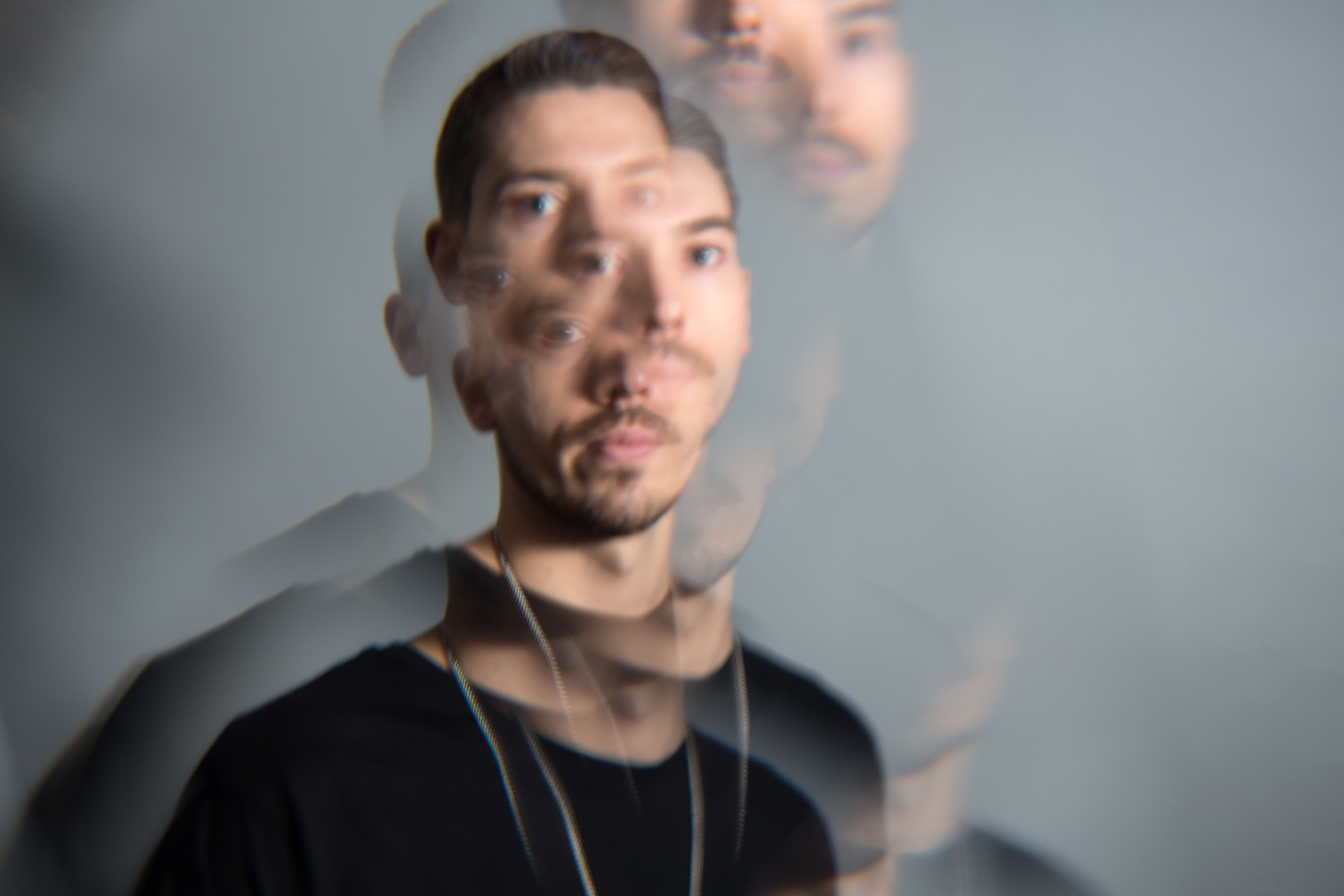 Do you think you have a signature sound? What makes your sound and what production tricks do you use to get it?

I think I do and people tell me I do. It usually revolves around acid house in some way.  I love that old 80s electro style percussion as well, so I try to incorporate that into a lot of my tracks, It really gives them energy.

Do you mix mostly in the box or in hardware?

Do you have any go-to instruments, effects or hardware that you can tell us about, things that you find you use a lot?

As mentioned before Kontakt is always my go-to for programming drums.  I have a massive sample library so I build the drum tracks using one shot sounds but manipulate them within the program.

Is there any advice you would give to people wanting to get started in Djing or production? Maybe a piece of advice that you wish you’d been given at the start.

Make sure you surround yourself with good people, that is the most important thing as well as not getting caught up in the partying too much, it can be a real distraction from being productive.