Interview: Chuckie on Producing & DJing in The Modern Age

Language
Chuckie is a world-famous DJ and producer, the man behind "Dirty Dutch Music", a DJ mixing genius, and has reworked tracks from David Guetta to Eric Morillo and even done edits for Michael Jackson.

Chuckie, also known as Clyde Narain, the man behind "Dirty Dutch" has been described as the “The King of Mixing” due to his unique style and live performances. And on the production side, his rise to fame began with chart successes like ‘Let the Bass Kick’ and ‘Aftershock’. He’s also well known for reworking David Guetta, Bob Sinclair, The Saturdays and Eric Morillo, and has landed official edits for P. Diddy and Michael Jackson—making him one of the industry’s most in-demand remixers.

We chatted with Chuckie about his approach to DJing, the past and the present, his love of Pioneer Rekordbox, digital DJing, his production setup, and so much more.

AskAudio: Hello! Can you tell us a bit about yourself? Like, how did you get into performing and producing?

Chuckie: I started as a DJ at the age of 15. My high school best friend was a DJ and he got me into it. I started playing at birthday parties and later in the club scene. Because records were always sold out, I had to borrow records from other DJs and record them or sample bits and pieces. That’s how I slowly got into producing music.

Ask: Presumably you started out DJing with vinyl. When did you switch to digital systems, and what has been your path from those days until the present in terms of the gear you have used?

With producing music, I started with Protracker, then I went to Fasttracker, Acid Pro, Cubase SX3 and finally ended up with Ableton, which I’m still using.

Ask: You must travel a lot. How much have things like iPads impacted on the way you work? Do you use them for putting together or tweaking sets, or just for personal stuff? 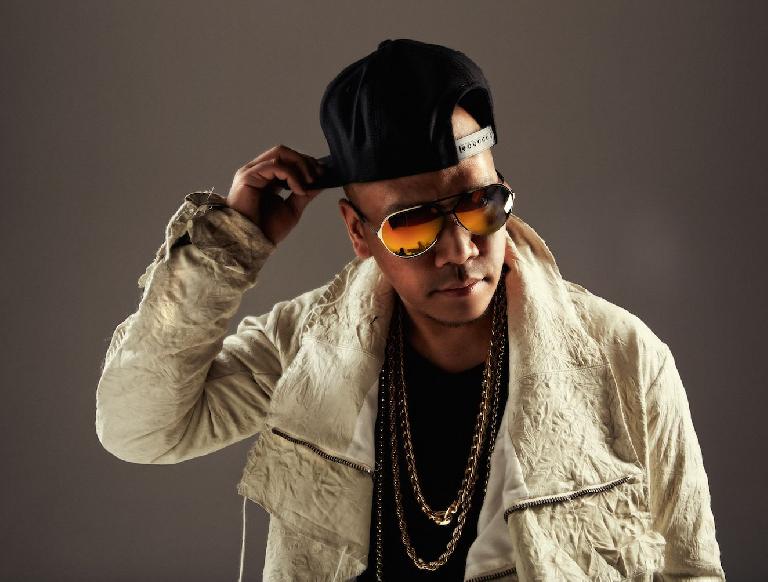 Carrying my music with me has changed so much this last decade. I love vinyl but I don’t miss carrying records around at all!

C: I answer 90% of my emails on my iPhone 6 Plus. So convenient. I carry two laptops when I travel, my MacBook Pro for producing music and my MacBook Air has my music collection and has Rekordbox installed.

Carrying my music with me has changed so much this last decade. I have thousands of songs on me and it all fits in my backpack. I love vinyl but I don’t miss carrying records around at all!

Ask: Can you explain to readers who may not know, what Pioneer DJ’s Rekordbox is and why DJs are excited about it?

C: Rekordbox is DJ performance software that allows you to store and sort out all your music in one place, and it also allows you to play music straight from that software and your personal music library. It saves your playlist histories, lets you cue all your records and you can even sort out your music better because it shows you the exact BPM and key of a track. My sets definitely improved since I started using Rekordbox. 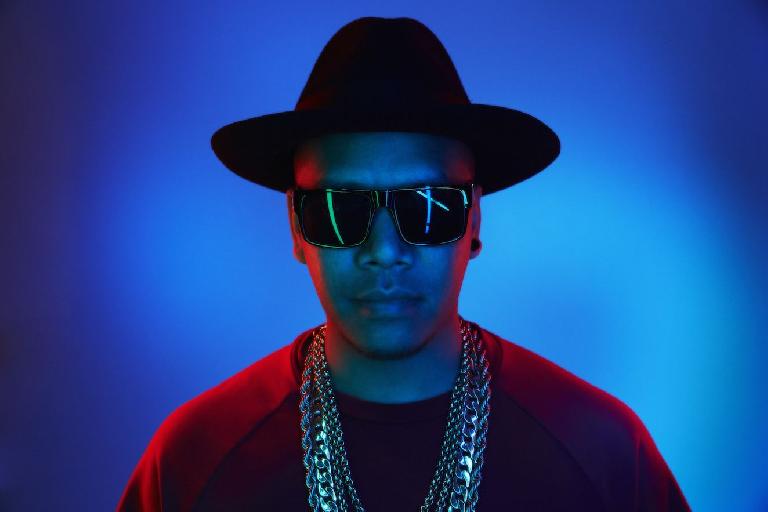 Ask: The DDJ-RX brings hands-on control of the software in a way that’s not been possible before. But what makes this system different to something like for example Traktor Pro and the Traktor Kontrol hardware?

C: The DDJ-RX is really good when you’ve been using the CDJs already. The buttons and pads are laid out perfectly and allow you to do way more tricks than ever before. I don’t want to say that Traktor or Serato are bad, but I guess that when you are so used to working with CDJs, using the DDJ-RX is definitely a good next step. I honestly think that these controllers will be the future of DJing. First of all they’re cheaper than the CDJs and it already allows you to do stuff that isn’t possible with just the CDJs.

I honestly think that these controllers (Pioneer DDJ-RX) will be the future of DJ’ing. It already allows you to do stuff that isn’t possible with just the CDJs.

Ask: What are your favourite features of the hardware, and why?

C: My favourite part of the hardware is the fact that the controller really resembles the CDJ. The layout is very well done and the controller is solidly built.

Ask: Is there anything you’d like to see added? A ‘dream’ feature or features?

C: I think Pioneer can definitely improve the effects like delay and echo. Things I’d like to see changed are more within Rekordbox but every update keeps getting better and better. 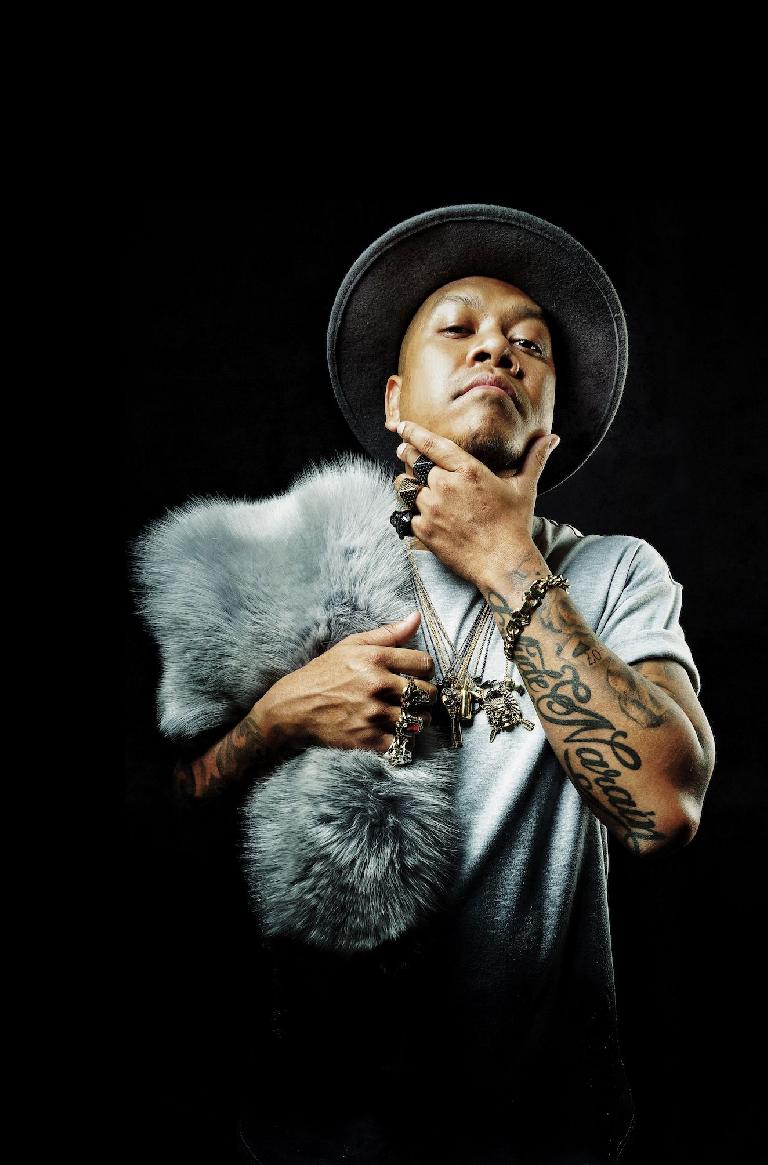 Ask: Do you think the switch to digital has made DJing easier, or just different to how it used to be?

C: The switch to digital has made DJing easier for sure! The software allows you to sync records better and faster. This allows you to be creative on a whole other level. I use 4CDJs at the same time and I wasn’t able to do that back in the vinyl days... well, at least not this accurately.

Ask: Can you tell us a little about your production setup? I gather you’re an Ableton Live user, but what else is in your arsenal?

C: To be honest I don’t have any hardware any more. I produce music on my laptop. I don’t even use an external sound card any more. It’s all plug-in-based producing for me nowadays. For final mixing and mastering I rely on mixing and mastering studios. If I do need a specific analog sound, I’ll just rent it whenever I’m working in a studio. If I need live drums or guitars, I’ll call a session musician and record him in a studio. I’m trying to stay as mobile as possible. That goes for my DJing and for producing music.

It definitely helps if you know how to play a piano … and try to learn how to produce music from day one!

Ask: What’s the one thing you know now that you wish you’d known when you were starting out in the industry?

C: It definitely helps if you know how to play a piano … and try to learn how to produce music from day one!