Language
Our friends at Audient chatted with composer of 6 Ways To Die, Kurt Oldman about tech, his gear, production techniques, and the upcoming film.

The full interview appears on the Audient website HERE.

Los Angeles, 29 July 2015 - With Vinnie Jones’ 6 Ways To Die out on general release in the USA this coming weekend, Audient caught up with the film’s music composer, Kurt Oldman to chat about the studio he’s building in his garden and whether you can score an action adventure with an accordion and a washboard (the jury’s still out on that one). First up though, we asked him if he was pleased with the outcome of this latest high-octane project.

6 Ways To Die was my first collaboration with Director Nadeem Soumah, although we have crossed paths on other projects. Although we had a somewhat condensed schedule it was a blast working on it. Nadeem was very much open to any of my crazy ideas. His only requirement was to add a south American flavour for a certain character of the film.

We ended up with heavily processed acoustic guitars over a lot of industrial and electronic ideas. There were a lot of different types of music in the film. We decided to combine the source club music with a score overlay, to keep the tension and action going. It was a rather wild approach.

Of course the ASP510 was used. It’s still my centre piece in the studio and is now also controlling the dialogue and SFX reference tracks through the guide channel.

What is your process when scoring films? How do you get into the right mind-set to work on a film project?

When I first started out I always began with scoring to picture right of the bat. These days I spend more time creating suites of materials and themes independent from the picture. I think that frees you up from potential restrictions a picture might present. You just feel more free to come up with things you might otherwise dismiss.

From there I play it to the director and/or producers to see what they respond to. Some directors need to see music to the picture for them to make sense of it, but most get an emotional reaction and go, “Yeah that's a really great idea,” or “No, I hate that expressionistic crap!” Either way, you start focussing less on the picture and more on the music. 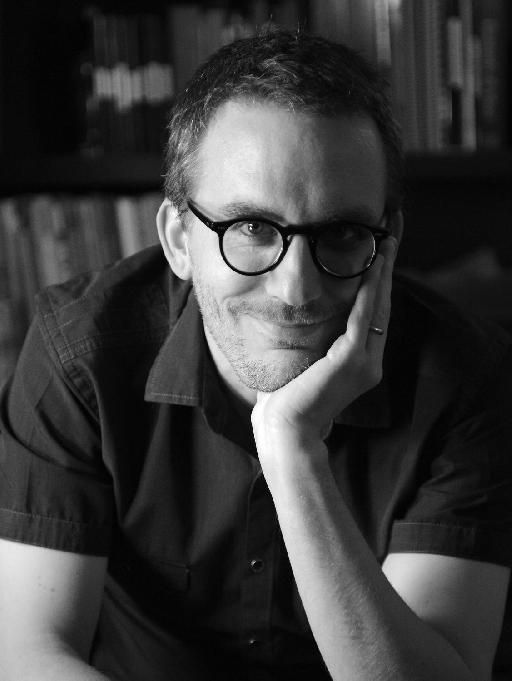 What are the main challenges when approaching composition?

For me the main focus really is to find the right score for the film and to get the tone right. If the tone isn’t right there is this void between the film and the audience; you’re not drawn in, you’re more of an observer. Of course if the emotion isn’t there in the music, no audience in the world will buy it.

You can’t ignore audience expectations of course. A big action adventure can’t really be scored with an accordion and washboard…. or can it? That’s why I love to always come back to doing indie films. There is so much more space for experimentation.

We're really glad to hear that the Audient 8-channel mic pre ASP880 is the latest addition to your set-up. What was the motivation behind your purchase? Are there any features that impressed you in particular?

I was replacing one of my old tube preamps that has become a favourite in my studio. I had the conversation a while ago with Simon [Blackwood, Audient owner] to try it out. That was a good opportunity.

I didn’t know what to expect. I used it the first time on an pickup session for an animation project where we recorded “Bluegrass Punk Rock” and used it on a six string banjo, a mandolin that we mic’ed in stereo and added a direct signal through the pickup with the ASP880. I was amazed about the clarity and definition of the microphone preamps. It was a real surprise to hear the tracks come alive. We had the same instrument setup days earlier with our existing preamps and the ASP880 was the clear winner for me.

You’ve been doing a lot more composing for films recently, how will you use the ASP880 for this?

I have a pair of stereo microphones setup at all times when writing, just in case something pops up. The ASP880 will take care of that set-up. Also, I was blown away with the DI inputs the ASP880 offers. I have several dedicated DI systems because I don’t amp guitars anymore for workflow reasons. I have solid state and tube preamps for that purpose. I recorded a baritone and a regular electrical with the ASP880 and think I won’t use anything else from here on. It sounded fantastic.

We understand you're building a new studio in your garden. Tell us more about that…

We bought a new place in LA late December with enough space to build my workspace from scratch instead of trying to convert an existing structure. It’s been a challenge to get my head around everything that needs to be taken into consideration, but I had a lot of help from friends who have gone through the same thing. I’m borrowing a lot of ideas from them. I really didn’t want a stereotypical studio space. I wanted an oversize creative writing room with a sound ‘character’ - more of a dubbing stage than anything else.

Tyler Bates was a great help and influence in coming up with creative ideas on how to make it just that. I also have a ‘bulkhead’ phobia, so the air conditioning design had to be addressed in another creative way from an architectural point of view. Gustavo Borner from Igloo Music in Burbank was great showing me his design philosophy.

What is coming up next for you?

Right now I’m wrapping up another action film: a very unique and interesting one. Something that hasn’t really been done before. I have a drama scheduled for later in the year and will be starting on a video game in a couple days.

With the knowledge that you have of the industry now, what advice would you give your 20 year-old self? 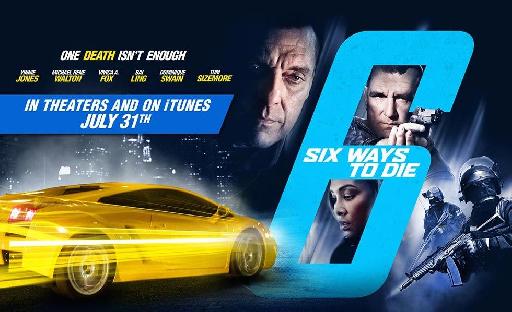 6 Ways To Die Opens in Cinemas on July 31st.

Did you manage to find the time since we were last in touch to get down to that ballet that you were writing? What are your plans for that?

I can’t believe you remember that! Unfortunately my crazy scoring schedule took over completely this year and I haven’t worked on it since we worked on Guardians [of The Galaxy]. However, my wife Sandra was helping me out when I started on the story outline and character treatment. When I got too busy I just said: “Do with it what you want!”

She has since turned “Cecilia" into an amazing novel and a screenplay adaption from it. I read the first chapter the other day. It’s amazing. She’s shopping it to publishers right now. I’m so glad she just went ahead and did it. It’s such a fantastical world filled with characters you just can’t get enough of.

The 6 Ways To Die soundtrack will be available on iTunes very soon, and we look forward to seeing Cecilia in print/on our screens in the not too distant future. Perhaps it’ll need a composer with some crazy ideas for the score...?? Thanks so much for the chat, Kurt!

The full interview appears on the Audient website HERE.