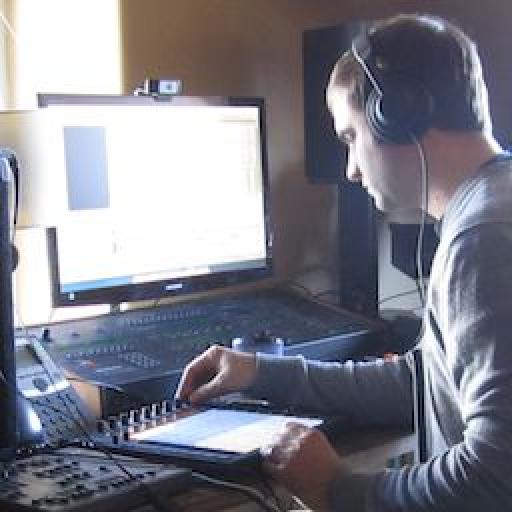 Language
Jesse Terry is Product Owner for Ableton Push. The man behind its creation! Jesse explains why Push was first built using Lego, what makes it different to other controllers and its future.

Jesse Terry, project manager and one of the designers behind Ableton's new hardware instrument, helped bring Push from concept to reality. We caught up with Jesse prior to the official release to discover how Push was born, why it can become a central hub of studio and live setups, and what makes it stand out from the crowd.

What's the story behind Push?

Gerhard Behles (Ableton CEO) and I have talked about it for a long time even before the APC40, which was a previous project I worked on. We had a desire to create an integrated drum machine-style control for Ableton Live. We also noticed that playing in different keys on a keyboard is not an easy thing to do and many people stay in C Major or one of the various modes of that. So, Gerhard's idea was to think about the instrument in terms of the whole studio rather than just for the melodic, percussive or harmonic parts.

The influences are everything from accordions and guitars to King Tubby and Lee “Scratch” Perry's studios - the guys that use their mixing board as their instrument. Our challenge was whether we could create something to do all of these things which could also go into a backpack.

What other instruments inspired you when designing Push for its melodic side?

Basically there's a lot of us at Ableton who are interested in different kind of instruments, from the Eigenharp to the LinnStrument to the Wicki-Hayden hexagonal button instrument. We tested a ton of different configurations, and there are lots of different layouts you can choose in Push, which is essentially laid out in 4ths. Then, the eureka moment was when we started filtering out the black keys and giving users the way to change key. Push became really playable for anyone which was a really exciting moment!

Rumor has it your earliest prototypes were made from Lego. Tell us more.

That's right, I used Lego and sugru (a silicon putty). We attached Lego pieces to MIDI buttons with LEDs, connected to a Livid Brain. So, there were many burnt fingers and burnt Star Wars pieces along the way. My wife would always hear me digging away in the Lego bin and she'd wonder if I was actually working up here! The Lego prototype made it very easy to test out ergonomic setups as we could move the buttons around. We tried all kinds of different layouts and, we were able to user test the entire thing and learn to play it before we had a hardware version to play with. I've been playing this Push Lego layout on plywood for 2 years now. 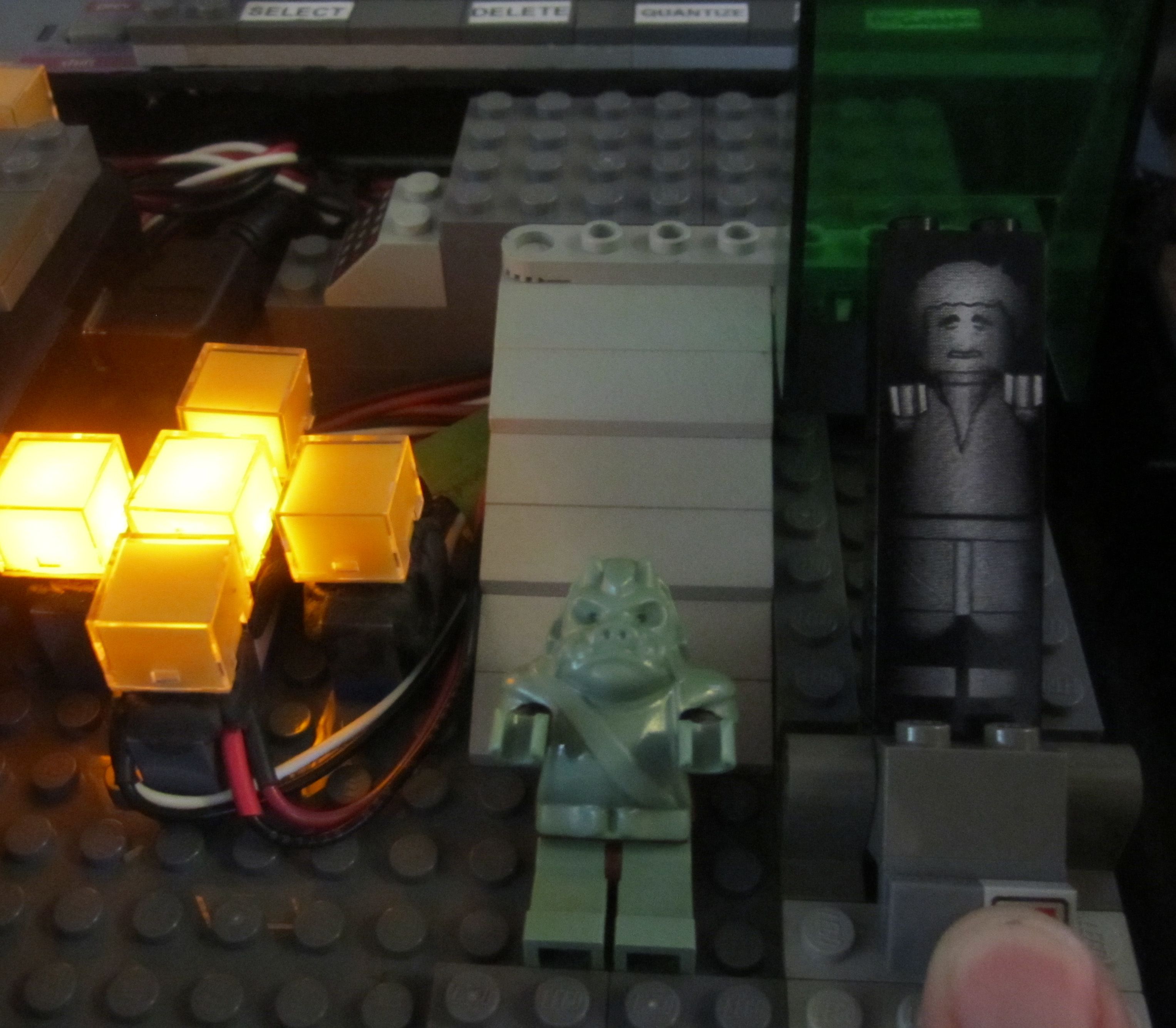 The first prototypes of Push were built using Lego on plywood.

What were your primary user-centered design considerations when creating Push?

The concept of Push is very much track-based as opposed to set-based. Where the APC40 and Launchpad are great for launching clips and moving around Session View in Live, we wanted Push to go to the next level of being in the track itself and generating the content to go into those clips.

We wanted something to help you in the creative stage, to come up with new ideas, which would be fun to play and which you didn't need to look at your computer for. Instead, we wanted the user to focus on playing Push and making music. Then later go back to your computer to arrange that into a song. Push is something to use to generate new content, whether it's melodic, harmonic or percussive.

What helps Push stand out from other hardware controllers?

Is 'instrument-ness' a word? We put a lot of work into the feel and sensitivity of these pads with Akai Professional. We're seeing the results of that as people get hands-on with Push. I just saw a Flight of the Bumblebee performance using Push that was pretty amazing.

What also helps it stand out from other hardware is how deeply it integrates with Live. We're basically writing new features all the time to make it work better with Live. While you can MIDI map any external controller to Live, external companies are not deeply involved in our code, which is where we can write up new ways to handle new ideas.

The step sequencer is another example of the benefits of close integration. We wanted it to be tight so it felt like a real piece of old hardware. As a result, there's no delay like you get with other controllers out there. Even though the computer is powering it on the back end, we wanted it to feel like a real, old school piece of hardware that you want to use to make music with.

I understand Push was created primarily as a studio tool. Do you anticipate it'll be used for live performance too?

Yes for sure. There's two ways it can be used on stage. First, as an instrument alongside your band. We'll certainly see someone jamming with it as you'd see a keyboardist or guitarist doing. The other aspect is for launching clips like an APC40 or Launchpad. In that respect, it doesn't have the dedicated faders, but what Push does have is RGB pads, so that clip colors you setup in Live are matched on Push, and you can see the clip names on the LED display. So, for sure that's going to make it popular with DJs and live performers.

Many companies are developing iOS and touch-screen apps as instruments and controllers. What made you follow the hardware route as opposed to an iPad app?

There's a lot of powerful things you can do with an iPad, and we have to be aware of this as computers go in the multi-touch direction. But where these fail, I think, is in the lack of tactile awareness. For instance you can't rest your hand on an iPad, look at your audience and do something that you expect. With Push you can have your hand on an encoder or a pad without necessarily looking at it. It's like a guitar that you can play without looking at because each button on Push has a physicality to it.

I think there are exciting things that can be done with touch interfaces and it's really wide open how that will turn out, but for what we wanted to do with Push, as an instrument, we wanted it to be something you can play with your hands - bang on, get velocity and pressure responses that you want to make a nice piece of music. 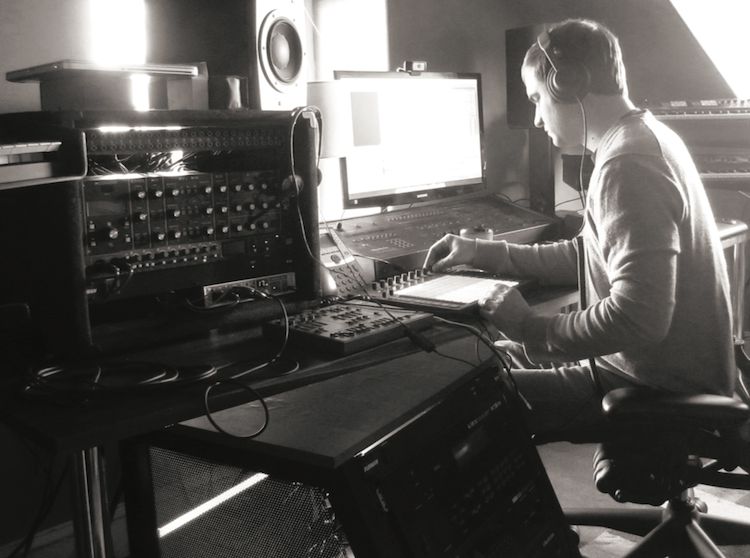 Jesse Terry using Push as the hub of his production studio.

Do you have any plans for Push in the future that you can talk about? Will there be future updates which are software based?

Feature updates will come through software updates. I can't comment on what features may come in the future or not. For sure we listen to what our users are asking for and we prioritize what we think they want the most, and I have a long list of things I know people would like. We had to really refine what we have to start with, to get it right and then look into if there are other things we want to add. Rest assured, we're working on a lot of really interesting stuff for the future of Push.

While Push is highly integrated for use with Live 9, as a MIDI device it could be used to control virtually anything. Could its APIs be opened up to third-party developers for use with other software?

One thing we did with Push, knowing that people will want to use it with other software too, was provide a user button. Pressing that button turns Push into an open slate for you to do as you wish with other software. What's cool about it is it's on a different MIDI port and shows up as a different MIDI controller. Traditionally if you were using one MIDI controller you wouldn't be able to use it with two software programs because one of them would basically take it over.

But, Push is like two controllers in one. You could create a mode where if you wanted to open a different DJ application, or launch video clips outside Live, you go to User mode and have a separate controller sitting there in front of you. Or you can use it to map other things to Live 9. We don't really know the direction this is going in yet. People could even write their own scripts for Live 9 to give Push entirely different functionality!

Mark Egloff is really deep into Max4Live, and wanted to make Push work well with it. When you use other controllers with Max4Live it generally takes over the entire controller, which means you'd need to reprogram everything that you didn't want. With Push we allow you to take over one button, or the entire grid or some encoders with Max4Live. This means people could design their own instruments in Max4Live that has a special interface with the 8x8 grid but leave all the outer button functionality on Push the way it is. So you can just take over whatever part of it you want to. 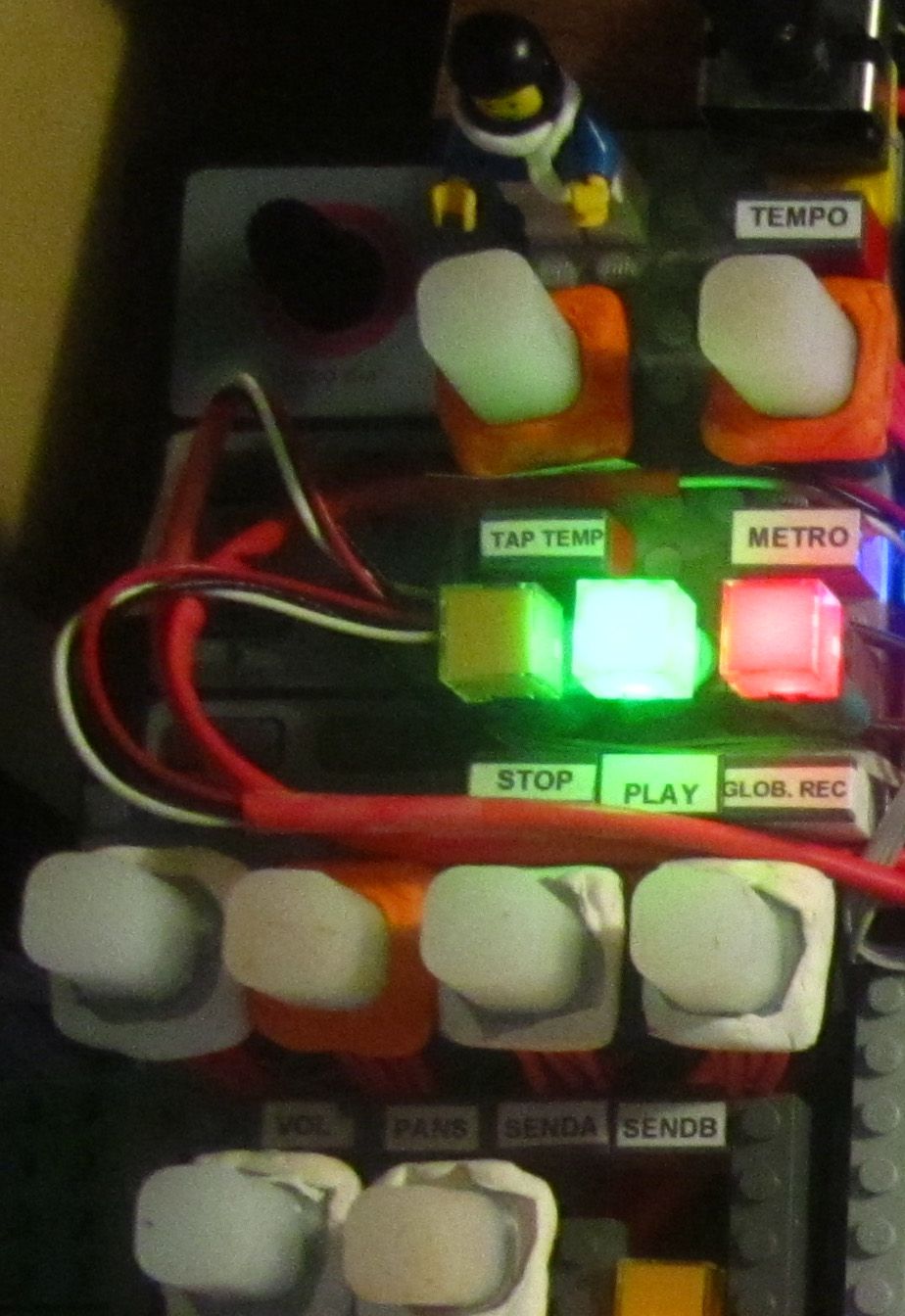 How do you use Push personally?

I have integrated it into my hardware studio. I have Push as the hub of a bunch of analog synthesizers. Using Max4Live control devices, Push controls all my analog synths and I play them all from Push. So, I basically have a synthesizer museum sitting around me that I barely touch because it's all controlled by Push!

How do you see Push changing the way we create music in the modern digital studio?

Push lets people play in different keys and scales in a really easy way. I don't think it'll replace a keyboard necessarily, it's more like an instrument that can go along side other keyboard controllers. You still need to have musicality and develop a taste for what sounds good, but Push makes some of the technical hurdles easier. At the same time, it's an instrument and you have to learn it. It's exciting to watch how people use and play with it.

We will see virtuosos with it, but you don't have to be a virtuoso to play it. What's been interesting to me is to see artists who use it and they invite their friends over who may not know Live at all... And the artist can use Live and the friend can bang around on Push and get something cool sounding out of it, whether it's using the step sequencer, recording drums or an instrument part. It's kind of a gateway for people that don't know Live too.