iZotope's Neutron 3 is one of the most capable mixing tools ever created. Here, Joe Albano guides you through making the most of its intelligent features to get the best possible mix.

iZotope’s Neutron 3 is a one-stop solution for mixing — it combines a full channel strip’s worth of processors with a number of intelligent analysis and display features that can be employed to assist both novice and experienced users in making mixing and processing settings. 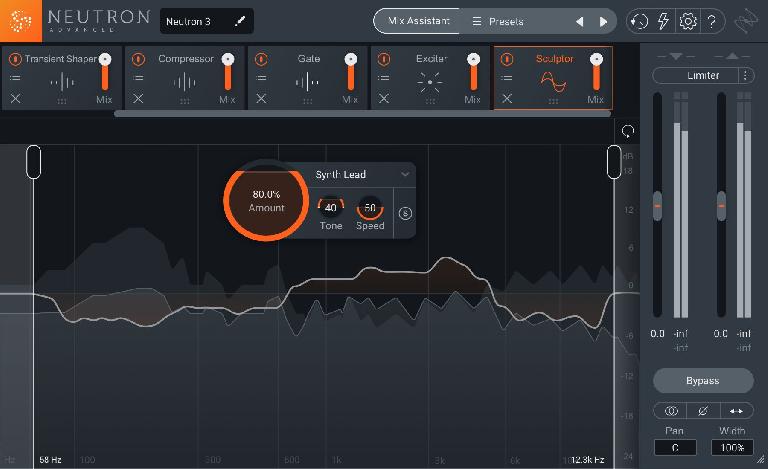 In this article I’ll take a brief look at those features, to see what the intelligent mixing algorithms in Neutron 3 bring to the party.

There are five intelligent mixing features in Neutron 3:

I’ll start with the Masking Meter.

Masking is a common issue in mixing. When two or more instruments/tracks are combined, certain frequencies—corresponding to certain harmonics and overtones—in one track may cover up, or mask, those frequencies in another track, changing the perceived tonal balance. This is not inherently bad, but sometimes it can be a problem. For example, a midrangy guitar part might partly mask a vocal, negatively affecting intelligibility—lowering the overall level of the offending guitar track might not work musically, especially if the masking only occurs at some places in the song; the better solution would be EQ, but it may be difficult to pinpoint just the specific frequencies causing the masking, to avoid overly processing the guitar sound.

That’s where the Masking Meter comes in. 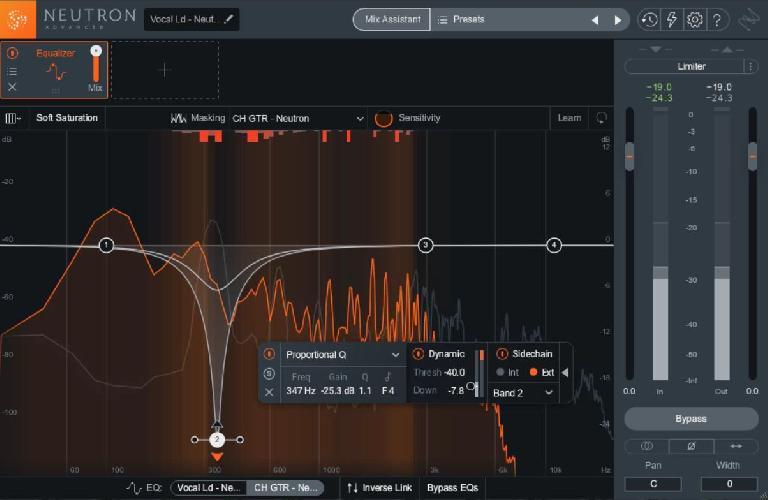 In this example, an instance of Neutron 3’s EQ module would be opened on the vocal track. Thanks to iZotope’s Inter-Plugin Communication protocol, the guitar track can be selected right within that vocal EQ module, enabling the Masking Meter feature, which will then intelligently analyze both tracks, and display the particular frequencies where the masking is mostly occurring. Once it identifies the likely offending frequencies, either or both the vocal track and the guitar track can be EQ’d to address the masking issue, right from within the same vocal EQ module.

While long-time mixers may have developed their ability to recognize specific frequency ranges, the Masking Meter can be a very useful tool for both novice and experienced mixers, saving a lot of trial-and-error, whenever masking may be a problem in a particular mix.

Previous versions of Neutron included a simple tool called Neutrino at the end of the plug-in processing chain, which analyzed a track and applied automatic EQ and compression via dynamic multiband processing, functioning as a subtle finishing processor. The new Sculpture module greatly expands on this. 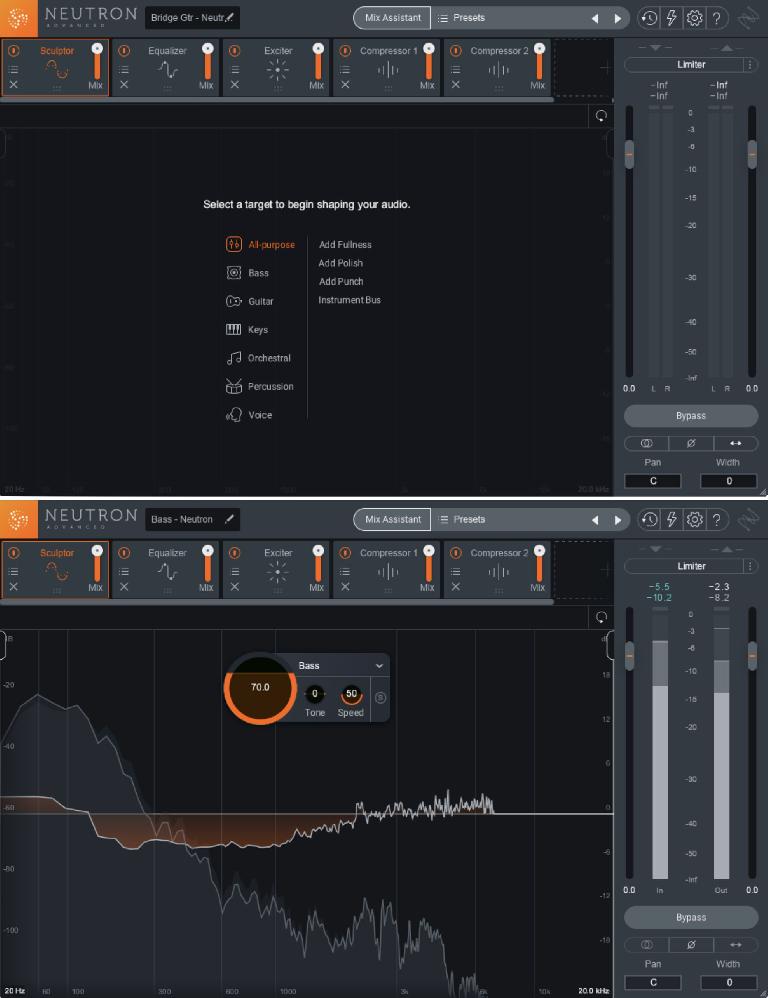 Sculpture is proper module, and can be positioned anywhere in a track’s processor chain. There’s a wider range of depth available, with the strength of the effect dialed up by the user. Sculpture lets the user select the most appropriate algorithm for the automatic analysis/processing—various instrument/vocal types are provided, along with general-purpose enhancement, and for each option there are a range of target tonalities—fullness, polish, punch, and the like.

Once the analysis is done and the processing applied, the user can then dial up variations in tone and dynamics, further guiding the automatic processing applied in the desired direction (brighter, warmer, tighter, looser, etc). Sculpture is a quick and easy way to get a useful sound, whether it’s used as a starting point, or for subtle finishing.

Formerly called Track Assistant, Track Enhance is one of two options called up via the new Mix Assistant. It intelligently analyzes the track and creates a chain of processors—EQ, Compressor(s), Exciter—whatever its algorithms deems appropriate—which could be used as is, or more likely serve as a helpful starting point for further manual mixing. 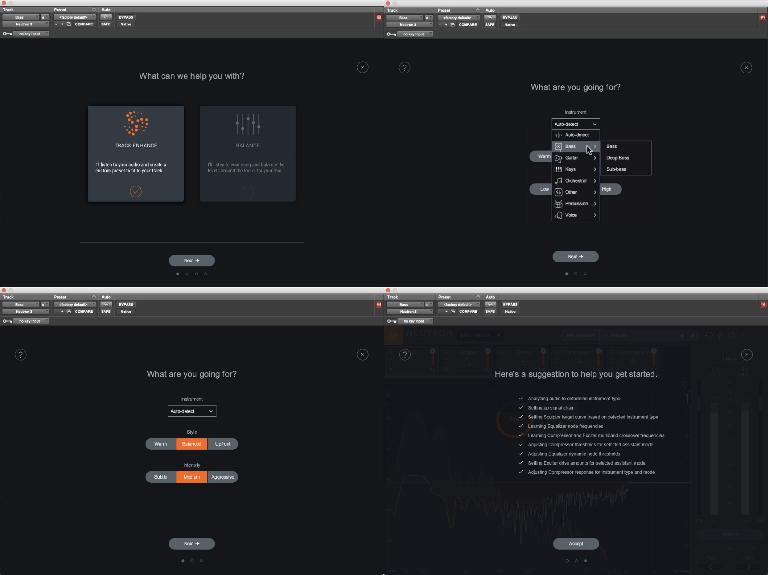 Track Enhance can automatically determine the correct instrument/vocal algorithms to use, or—as with the Sculpture module—the user can select the correct instrument/vocal type, and guide the analysis toward a more specific instrument or overall character. There are also controls for setting the preferred character and intensity of the processing, and the various combinations of these settings can yield results that range from subtle to more aggressive processing.

While experienced mixers would probably see Track Enhance as a helpful staring point, novices—once they get the feel of the different settings—might not only choose to go with the automatic processing, but also to use those results as a learning tool, reverse-engineering processing choices they like to get a better sense of how to use the various tools in the effects chain.

Besides the Track Enhance option, the other tool in Mix Assistant is the Balance option, which is intended to create a useful starting-point mix, at the onset of the mixing stage. It works via iZotope’s IPC—Inter-Plugin Communication—protocol, which lets iZotope plug-ins in a DAW session communicate with each other.

To use Mix Assistant’s Balance tool, the user must have instances of either Neutron 3 or the included utility plug-in Relay on every track to be controlled/auto-mixed. Relay is basically just the output section of Neutron, with level, pan, and stereo width controls.

With this set up, the user then chooses a Focus track(s), like lead vocal, for example, and Mix Assistant will analyze the track levels, group the various instruments/vocals into Stems, and present the starting-point mix. 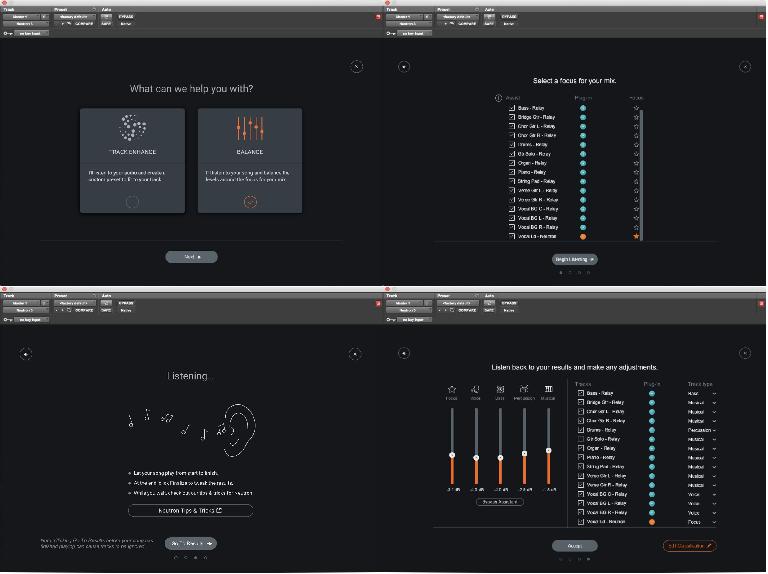 This mix can be tweaked slightly, and when it sounds reasonable, it’s Accepted, and further manual mixing can then commence, working from that already-decent overall balance, which will hopefully facilitate the mix process at the outset. The manual mix can be done on the DAW’s regular channel strip faders, or via iZotope’s companion Visual Mixer plug-in, which offers a more graphic display of level and pan, for visually-oriented mixers.

Tonal Balance Control is a utility plug-in included with Neutron 3 (and Ozone). It’s meant to be instantiated on the stereo output of a mix (or in mastering), where it analyzes the overall tonal balance of the mix and compares it to the overall tonal balance of a reference mix. iZotope provides some reference settings, but users can create their own from, say, a commercial mix that has the overall sound the mixer would like for the current project. 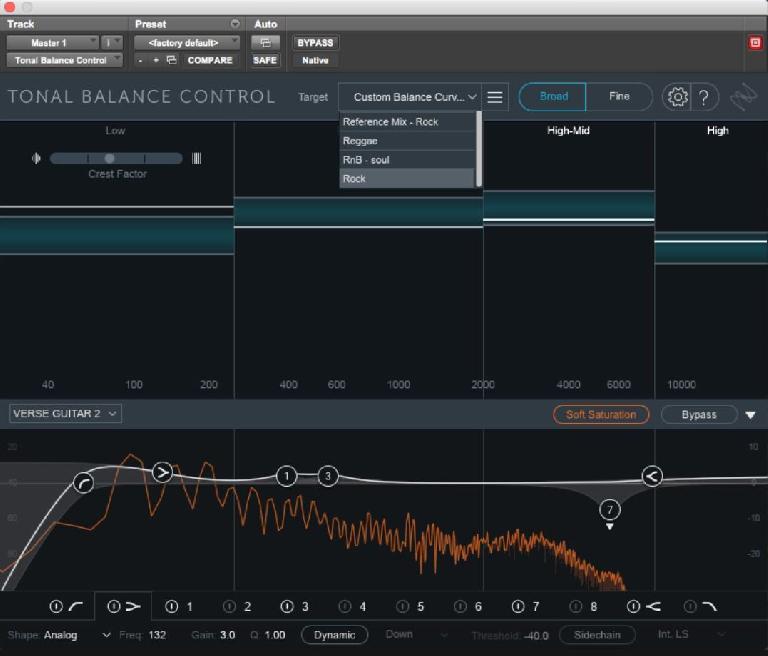 The thick bars indicate the acceptable balance range in four frequency ranges, based on the chosen reference mix, and the thin white lines–which continuously track the current mix—shows where that current mix stands in comparison. EQ tweaks can then be made to bring the overall tonality in line with one or more appropriate reference mixes.

An added bonus is that if Tonal Balance Control is used on the output channel of a mix that includes various instances of Neutron (or Ozone), the EQ sections in those iZotope plug-ins can be accessed and controlled right within the Tonal Balance Control plug-in itself, facilitating the mixer’s ability to make tweaks while comparing to the reference.

Both novice and experienced engineers often use reference mixes when finalizing a mix or applying mastering, and Tonal Balance Control can be a helpful tool to augment the engineer’s ears.

The intelligent mixing tools included with Neutron 3 offer a lot of useful automatic processing, and even skeptical engineers/mixers are likely to find that the results are surprisingly good. iZotope doesn’t suggest that any of these tools can—or are intended to—take the place of the mix engineer; instead they’re meant to be useful helpers, offering suggestions, guides, and quick starting points, for more efficient initial setup and problem-solving, and even as ways to get alternative ideas about approaching a particular mix.

Learn how to mix like a pro using Neutron 3 and other iZotope gear: https://ask.audio/academy?nleloc=category/audio/topic/izotope