Award-winning electronic duo Infected Mushroom have released a beta version of Manipulator, a real-time vocal processor boasting an array of 10 unique pitch shifting and timbre bending effects. This is their second release with Polyverse Music after the success of their first plugin, I Wish.

Manipulator can warp the sound of vocals and melodic instruments beyond recognition, or subtly add character to a performance. It can even be played via a keyboard to control pitch on the fly, as well as a slew of other effects. The result is a creative way to take a natural voice and transform it into ethereal choirs, guttural granular textures, twisted robotized voices, and even more. Infected have used Manipulator extensively in their new album, Nutmeg, including their track with the new processor’s namesake.

Manipulator’s algorithms are based around 5 main effects: pitch, formant and harmonics shifting, FM and grain alternation. Included for even more manipulation are supporting effects such as glide, smear, stereo and detune.

The real-time capabilities of this plug-in make it perfect in live situations for vocal performers and instrumentalists. Whether in the studio or on stage, users can play their MIDI controller to change the melody of a performance at zero latency. This feature also enables on-the-fly harmonies, with up to 4 voices of polyphony. 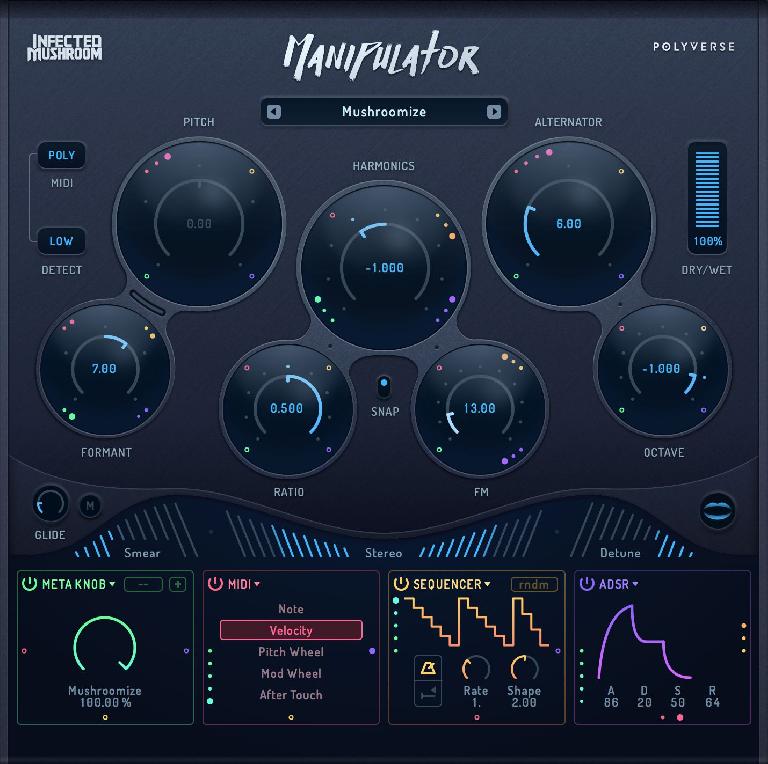 Manipulator is available in VST, AU, and AAX formats, making it compatible with a variety of host applications including Ableton Live, Logic, Pro Tools, Cubase, FL Studio and Studio One. It can be used in 32 or 64-bit instances with Windows XP and later and with Mac OS X 10.6 and later.

Manipulator Beta is available immediately from Polyverse Music for a reduced beta price of $69 USD as a way of showing appreciation for the user base during the beta stage.

At Manipulator’s full release, it will be priced at $149 USD. For more information about Manipulator, please visit https://polyversemusic.com.