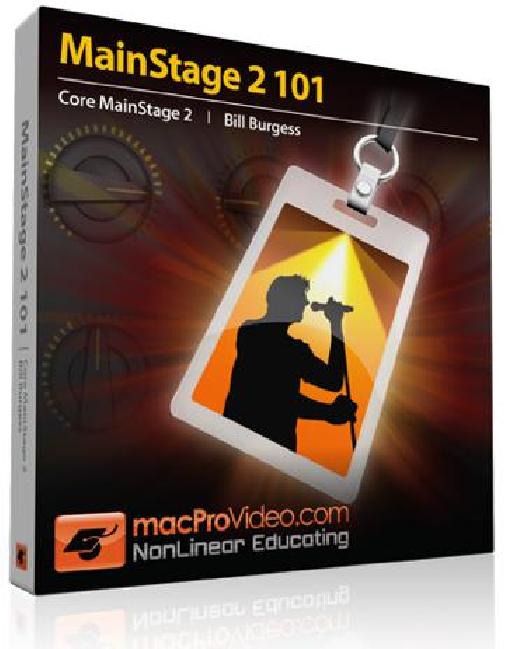 Language
One of the biggest problems that a band faces is hearing themselves onstage and protecting themselves from hearing loss, especially when they go from venue to venue and each room can sound different.

One of the biggest problems that a band faces is hearing themselves onstage and protecting themselves from hearing loss, especially when they go from venue to venue and each room can sound different. The other issue is dealing with the FOH (Front Of House) sound man who has the job of not only making you sound great out front but also on your stage. Many times through the course of a show, you will hear someone say "Can I get more of "insert instrument/ vocal/ ME!" here. I always found this distracting from the bands performance and it can also make your audience feel like the "flow of the show" is not going so well.

After years of dealing with this with my own group Eye Rhyme, I experimented more with MainStage. We were already using MainStage to trigger samples, my keyboard sounds, etc. so why not also have a mix that we all could enjoy from song to song? I also ended up losing my bass rig which my back thanks me for! 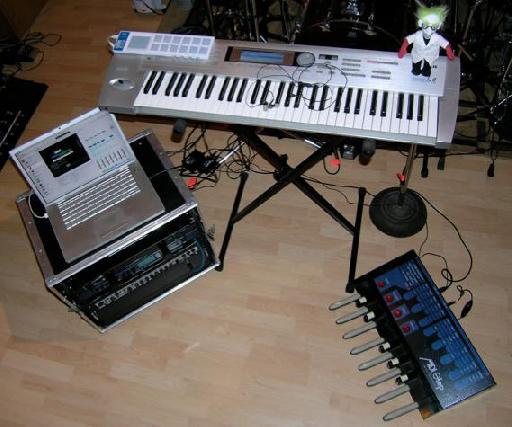 The first 2 shows we did had the sound men give us comments like "you won?t sing as loud and will play held back", "what... you don?t trust my mixes?" etc. But... once we convinced them to trust us and started playing, you could see a sense of relief. The sound man could actually enjoy mixing the music for the audience and not worry about the band. But here?s an even bigger benefit. The only sound coming off the stage was drums which makes the sound man?s job even easier. As I mentioned, there is no bass rig as I am direct into the board from my bass amp head and my guitarist faces his 2x12 amp like a monitor so he can still do controlled feedback and not feel disconnected from the amp/guitar relationship which is very important to it?s sound. If you?re using a large 4x12 cab, you can always do a side wash.

Now how do we get our monitor mixes? The first step is to figure out how many channels you use and split those signals with an XLR splitter from it?s source. The signal is sent then to the FOH and into a multi input/output sound card. We use a MOTU Traveller with 8 inputs. 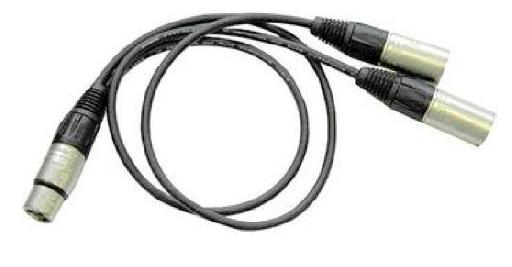 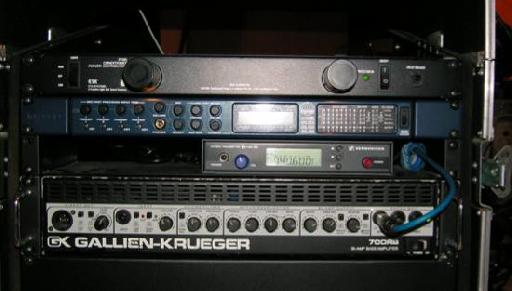 There are 2 vocalists which take up channels 1 and 2. The guitarist uses a Johnson amp which has stereo XLR outputs and this takes up channels 7 and 8. My bass amp head has a DI for the FOH but to get it into channel 6 of the sound card, I used it?s FX send which also gave me hands on volume control.

The drums, as usual, are an interesting conundrum to deal with! (Had to use that word conun-DRUM!) We have used up every channel except three on the sound card. So what do you do? Two overheads and a kick? Kick, snare, and one overhead? After much experimenting, we decided to use the Glynn John?s method of miking drums with a slight variation since the method usually involves 4 mics. One mic on the kick, one mic overtop the snare, and a third mic close to the right shoulder of the drummer and EQUAL distance from the snare as the first overhead mic was. Otherwise, you will get phasing issues! Using 2 drums sticks to measure the distance is a good start. The overheads were fed into channels 3 and 4 (this also had phantom power) and the kick was channel 5. The sound works great for us and we can hear everything well.

Lastly, keyboard sounds and samples were all in MainStage and could be sent to our in-ear monitors as well as FOH. Which brings us to the multi output section. The MOTU Traveller sound card has 8 outputs. Channels 1 and 2 were used to feed the keyboard sounds to FOH. But channels 3 to 8 were used as stereo sends to each of our headphone amps and allowed for independent monitor mixes. Since we are "wired" with our headphones, bass and guitar cables, we took heat shrink tubing and put our headphone cable and guitar cable together. We also made sure to have backups too! As for the in-ear monitors we chose, that really is a personal preference but the drummer and I both love the Westone UM3-X for it?s smooth bottom end. Electronic engineer friends and fans of the band made us custom headphone amps based on the "Chu Moy design." 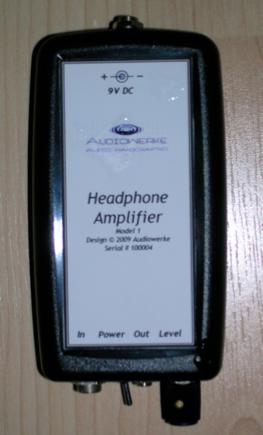 Now.. the MainStage setup! Besides channels for my keyboard sounds, I setup 8 channels for our vox/instrument inputs and 3 group busses for each of our output headphone mixes. You also need to be careful that the fader of each channel is down otherwise the FOH will get that sound too! The only sound the FOH will need to get is the keyboards. You can see each persons name for the bus send. 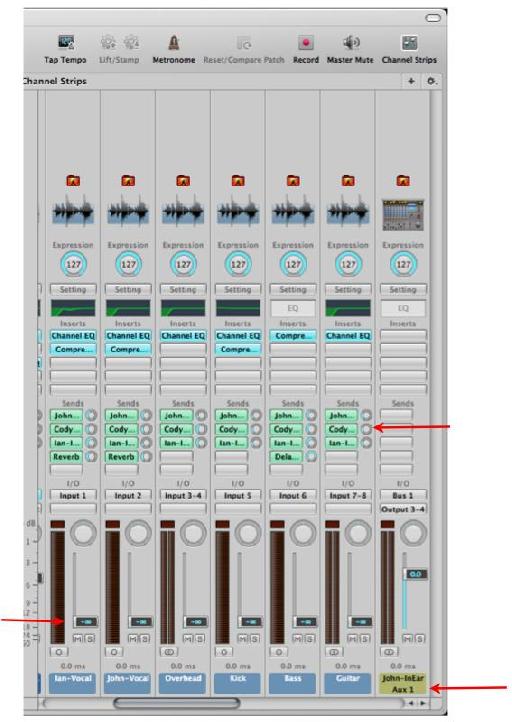 Each channel was assigned the 3 buss sends and set to "Pre" send. The send color will change from blue to green.

One very important thing to consider with in-ear monitors is to have a limiter otherwise you are risking your ears to damage. Most wireless in-ears have this protection but since we are using custom headphone amps, we added limiters on the output buses. Every channel can be individually EQ?d, compressed, etc. for the monitor mixes too.

Every band will have a different setup but you should be able to use what I?ve given you as a starting point. We also have been experimenting with delay effects and sending some of those to the FOH. One more thing the sound man won?t have to worry about! Since doing this setup, we find that not only do you become a tighter player with the band but you also can rehearse much longer with the drastic drop in volume. Clarity is also brought to the bands mixes and singers will strain less trying to sing overtop of the band. Each song can be customized to your preference too. Keep Rocking!

To learn more about how to setup and use Mainstage for all your live performance needs check out the Mainstage tutorials here.