Fingerstyle Folk Acoustic Guitar is a loop library with the sounds and feels of the 1960's to the neo-folk styles of today.

Beautiful chord progressions and the intertwined sound of two guitars playing in different places on the neck help to create a wide range of musical moods.

“Ranging from Dylan, Peter, Paul and Mary, Phil Ochs to Simon and Garfunkel, this collection covers all the varied folk styles that have been popular for decades. 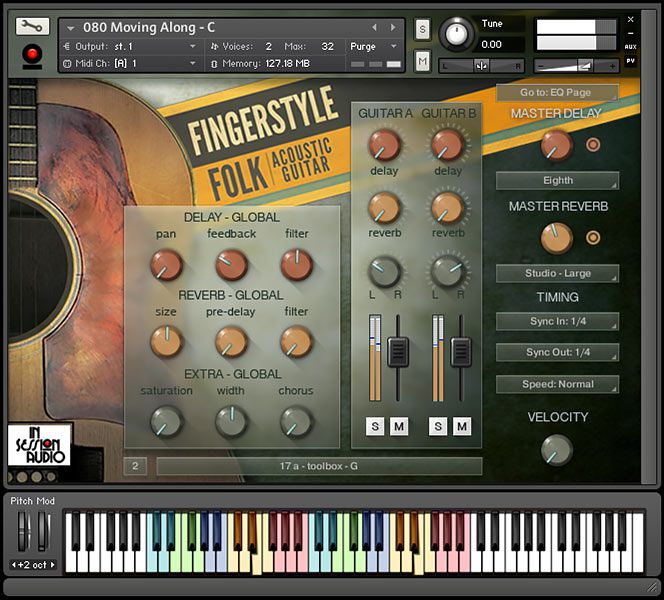 Each suite consists of two different acoustic guitars playing through the main theme once.  Generally, Guitar A is in standard open tuning while Guitar B is capoed up the neck.  After the main theme come different “toolbox” sections of rhythms and sustained chords that relate to the overall feel and key of the song, designed to give the user additional compositional freedom.

All guitars were recorded in stereo by two Neumann KM 184 microphones into a Benchmark PRE420 preamp."

The free Kontakt Player is not recommend as it only allows 15 minutes of use before timing out.

The installer requires an internet enabled computer and Windows XP or higher or Mac 10.5 or higher.