Language
If you're inspired by Jean Michel's Jarre and other laser-based instruments, you'll love this physical laser harp from Imaginando that was recently showcased in Braga, Portugal.

Don't be confused... that 2 meter iron harp with green lasers was indeed co-created by Nuno Santos from Imaginando. And yes, that's the same Imaginando behind the excellent virtual Ableton Live and NI Traktor iOS controllers (LK and TKFX respectively).

So, what is this harp and why a laser harp? Here's what Nuno has told us: 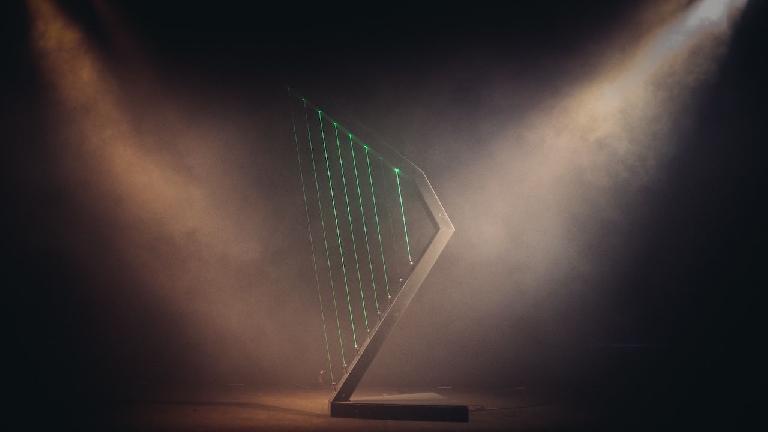 The laser harp created by Nuno Santos and Rui Antunes.

"Today we have publicly released the details of our first hardware project: the Harpa Laser.

The Harpa Laser is a contemporary reinterpretation of the classic harp, using not only a structure made for the purpose but also a sound engine completely built from scratch." 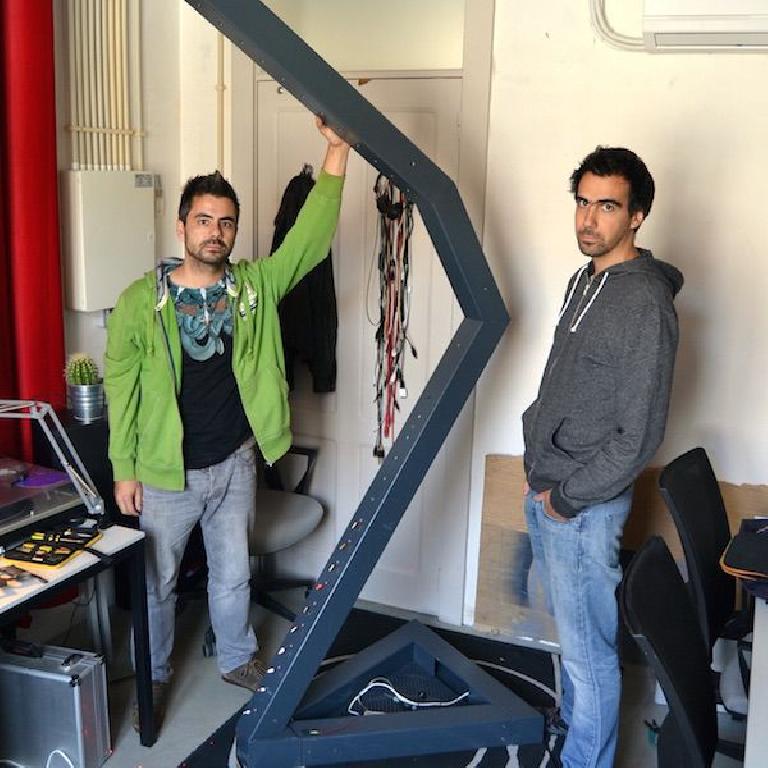 After a year building the synthesises engine, they found the perfect motive to showcase it to the world: Inspired by the visionaire Jean Michel Jarre’s laser harp, both decided to build their own while following a more conservative approach regarding the design of the object itself.

The idea was simple: to design and build a contemporary reinterpretation of the harp, replacing the strings for lasers and making the sound come out from a digital synthesizer."