Language
IK Multimedia's new iRig Mic Lav mobile lavalier mirophone is out. And IK tells us you can chain two together, monitor them all on you mobile device. IK Multimedia's press release has more info.

Designed to be the ideal mobile audio solution for video, web, film, television and other broadcasting purposes, it features a high-quality omnidirectional condenser capsule, a foam pop shield, a durable secure mounting clip, on-board monitoring output and a generous cable length. It has a chainable input jack for using two mics with one device and a comprehensive arsenal of convenient features all bundled into a rugged, durable and roadworthy lavalier microphone that can be used with virtually all mobile devices. 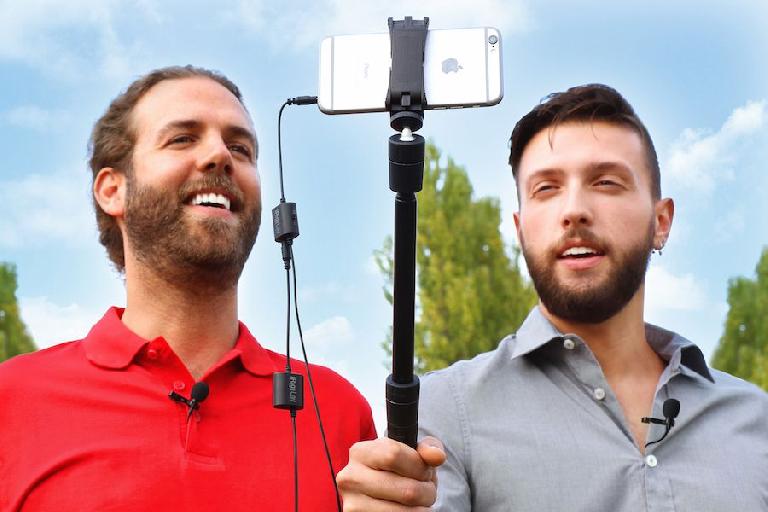 All smiles at IK Multimedia with the new iRig Mic Lav kit.

iRig Mic Lav is a compact microphone with a lot of power. It's been designed to meet the exacting demands of broadcast professionals - it sports an omnidirectional condenser capsule with a 30Hz - 16kHz frequency range that captures stunning crystal-clear audio from all directions. Its included foam pop filter eliminates vocal plosives, wind noises and other undesired sounds. It can be easily mounted on a t-shirt, lapel or other material thanks to its durable mounting clip. And its 150cm/66" cable provides plenty of length to work with while recording in the field. 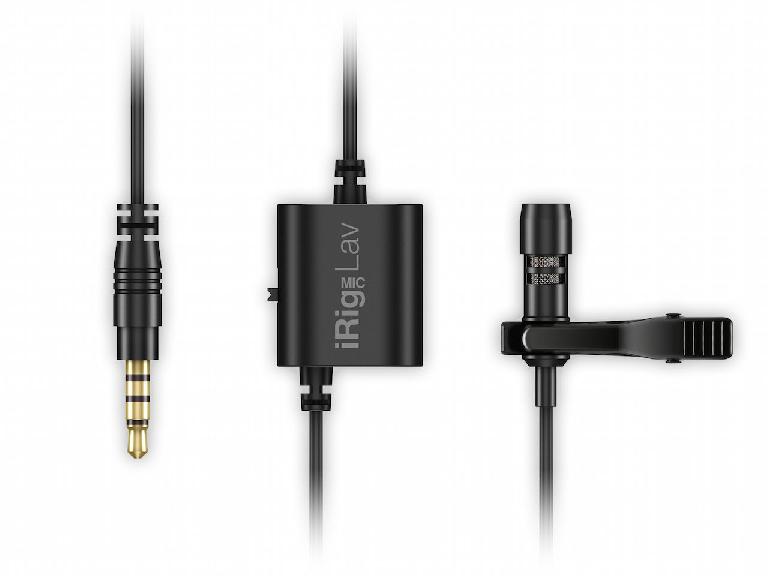 Capturing great audio in the field requires more than just superior microphone technology. A crucial element of recording quality material is being able to monitor sound as it's being recorded or streamed. Not all lavalier microphones come with on-board monitoring, but iRig Mic Lav does. In fact, among major brands, it's the first mobile lavalier microphone to offer this feature. It comes with a combo 1/8" TRRS port that can be used to output audio to a pair of headphones. Users just need to set the toggle switch next to the port to "monitor" and then they can plug in their favourite pair of headphones to start monitoring. 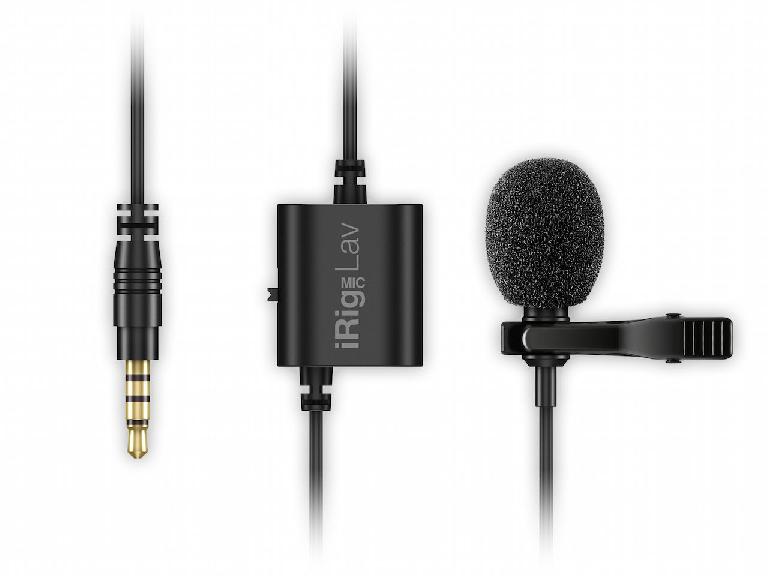 One thing about fieldwork is that one never knows what mobile device they'll have on them at any given time. This can be a problem if a microphone is specifically made for one type of device. Fortunately, this is not an issue with iRig Mic Lav. Its analogue 1/8" TRRS jack captures the same high-quality audio no matter whether it's plugged into an iPhone or Android device with a compatible TRRS input jack compliant with the CTIA/AHJ wiring standard.

Powered up with apps

iRig Mic Lav is ready to go right out of the box thanks to its powerful suite of included apps. iRig® Recorder* for iPhone, iPad and Android are straightforward audio capture apps that are great for everyone from journalists who need to make recordings in the field to podcasters who want to broadcast while on the go, and everyone in between. VocaLive™* is an expandable, powerful effects processor and multi-track recording app that's perfect for adding a creative touch to recordings. Mic Room* is a powerful and easy-to-use microphone modelling app for iPhone or iPad. EZ Voice™* for iPhone, iPad and Android are streamlined and easy-to-use apps that make it easy to practise and record over any song stored in the device music library.

Another great use for iRig Mic Lav is making small group presentations - when used with EZ Voice or VocaLive and a portable powered speaker, like iLoud®, iRig Mic Lav makes a great "hands-free" portable PA that fits in a briefcase for trade shows and small group gatherings.

iRig Mic Lav is now shipping and available from music and electronics retailers worldwide, and from the IK online store, for only $/€49.99 (excluding taxes).

iRig Mic Lav 2 Pack, a bundle that comes with two iRig Mic Lav units, is also available for preorder for just $/€79.99 (excluding taxes) and will be available in November.