September 15, 2016 - IK Multimedia, the pioneer and leader of the mobile music revolution, is pleased to announce iRig HD 2 - the sequel to the best-selling, wildly popular iRig HD digital guitar interface for iPhone, iPad, Mac & PC. The iRig HD 2 raises the bar for guitarists and bassists to play, perform and record with their device at a higher level either while on the go or in their studio.

First and foremost, iRig HD 2 gives players superior sound quality in a compact, mobile interface. It features 24-bit analog-to-digital conversion and a best-in-class 96kHz sample rate that delivers an ultra clean, pure noiseless guitar signal to devices and computers. It features an input gain control for dialling in just the right amount of signal for playing and recording and a multicolour LED indicator for precise signal monitoring. 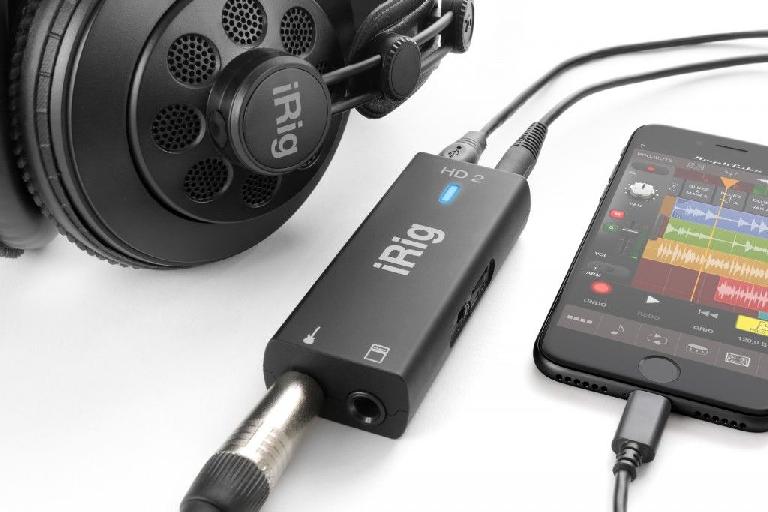 iRig HD 2 includes a Lightning cable to connect directly to your iPhone and features an integrated headphone output jack with a preamp and level control. For newer devices like the iPhone 7 without a dedicated headphone output, this lets players use their existing headphones to monitor their playing and recording, or for just listening to music. The output features a high-quality headphone preamp with a volume control that delivers the full, rich complete audio content. 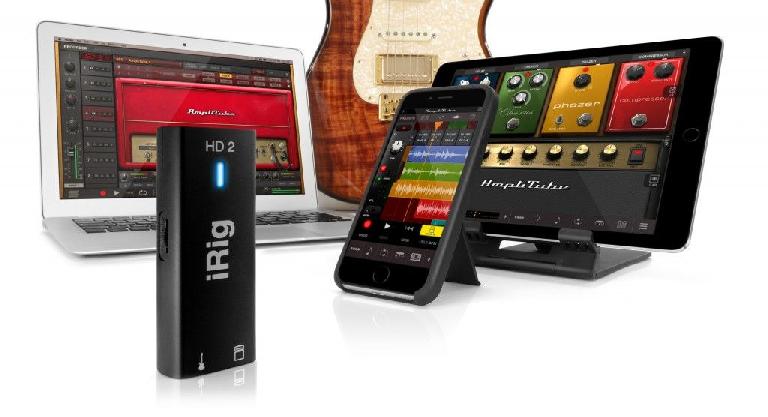 Amp Out with Dual Mode Switch

iRig HD 2 also sports a new Amp Out jack that lets players use their iPhone, iPad, Mac or PC live on stage with a traditional guitar amplifier without the need for special adapters - a standard 1/4" instrument cable is all that is needed to make the connection. This output is controlled by a new FX/Thru switch that lets users choose what type of signal is sent - FX sends the processed signal coming from the device, while Thru sends an unprocessed direct signal for using a tuner or in-line recording of the dry signal. iRig HD 2 also comes with a mic stand mounting bracket and Velcro® strip for convenient attachment to a mic stand on stage for live performance.

iRig HD 2 owners also receive free downloads of the full versions of the ultimate guitar and bass tone and recording studio - AmpliTube 4 for Mac/PC (a $/€149.99 value) and AmpliTube for iPhone and iPad (a $/€19.99 value for each). With AmpliTube, guitar and bass players will have access to a whole new universe of gear: stompboxes, amps, cabinets, microphones, speakers, rack effects and more, all on their computer or mobile device. All versions of AmpliTube are expandable with gear from some of the top manufacturers in the industry like Fender®, Orange®, MESA/Boogie®, Ampeg®, T-Rex®, Fulltone®, Seymour Duncan® and more. 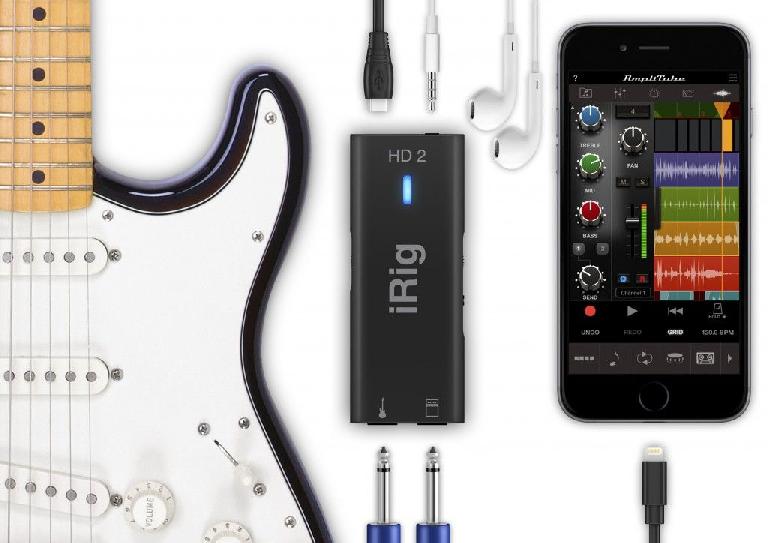 iRig HD 2 is available now for pre-order from IK Retailers worldwide or from the online IK store for only $/€99.99*. iRig HD 2 will be available and shipping late September, 2016.

Once players register their iRig HD 2, they can download the full version of AmpliTube 4 for Mac/PC from their user area on the IK web site. Users should install the Free versions of AmpliTube for iPhone and iPad from the App Store, and once the iRig HD 2 is registered and plugged in, they can “restore purchases" and the full version features of both will be available. 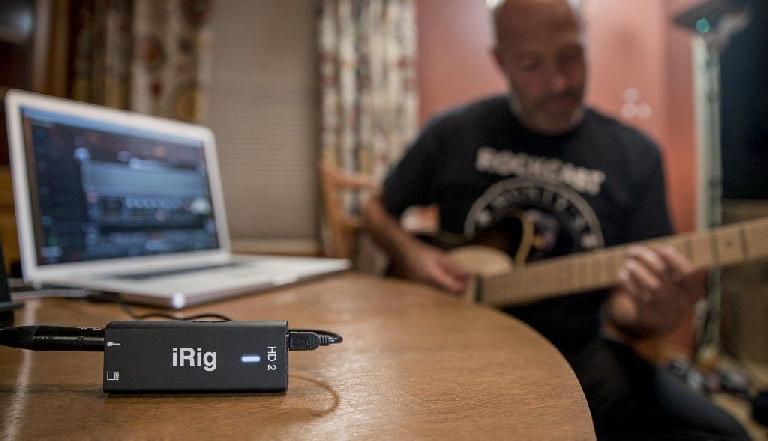 For long playing sessions, iRig HD 2 is compatible with iRig PowerBridge ($/€ 69.99) which keeps the iOS device charged while playing, as well as other IK accessories to complete a live guitar set up like the iRig BlueBoard wireless pedal board ($/€99.99), and the iKlip range of mic stand holders for iPhone and iPad (starting at $/€ 39.99).

*all prices listed are excluding taxes

NOTE: We have a review for iRig HD 2 coming to AskAudio later today. Stay tuned!!