Language
Now musicians can get studio monitor quality sound and power everywhere from a compact wireless portable stereo speaker. Have IK Multimedia come up with the perfect Christmas gift for musicians?

IK Multimedia, the leader in mobile music creation apps and accessories, is proud to announce that iLoud®, the first portable stereo speaker designed for studio monitor quality on the go, is now available from music instrument and consumer electronics retailers worldwide. The iLoud battery-operated speakers combine superior power, pristine frequency response and amazing low end in an ultra-portable design that makes it the perfect alternative to studio speakers for music creation, composition and playback on the go. 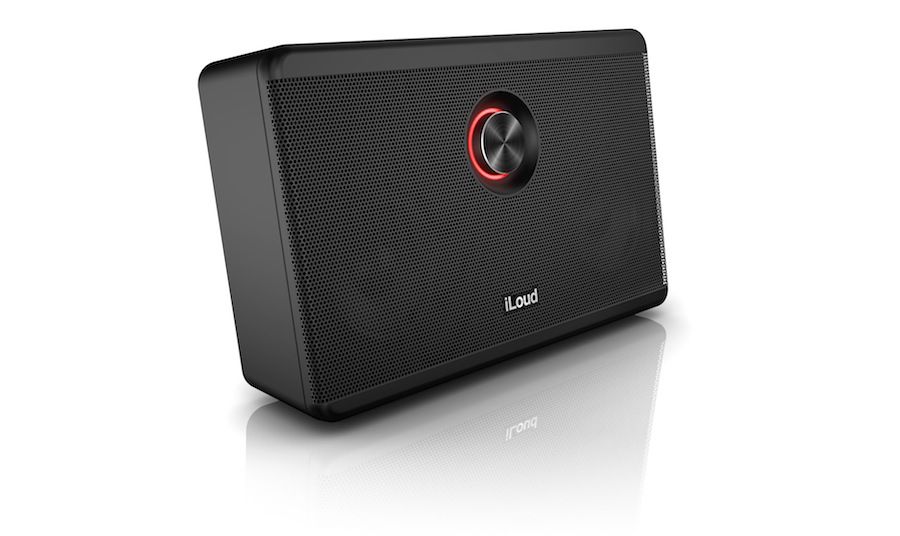 The iLoud looks sleek and powerful.

The iLoud speaker is indeed very loud. In fact, it's 2 to 3 times louder than comparable size speakers - a blasting 40W RMS of power. But iLoud is extremely clear at all volume levels thanks to an onboard DSP processor and a bi-amped 4-driver array of high efficient neodymium loudspeakers, that provide accurate, even response across the entire frequency spectrum for unbelievable realism of sound. For deep bass response iLoud's bass-reflex allows frequencies to go down to 50hz, an amazing low end for this small enclosure.

iLoud is the ideal speaker for musicians and audiophiles who demand an accurate reproduction of a wide range of musical styles from rock, hip-hop and electronic dance music, to more nuanced and sonically demanding genres like jazz, classical and acoustic. 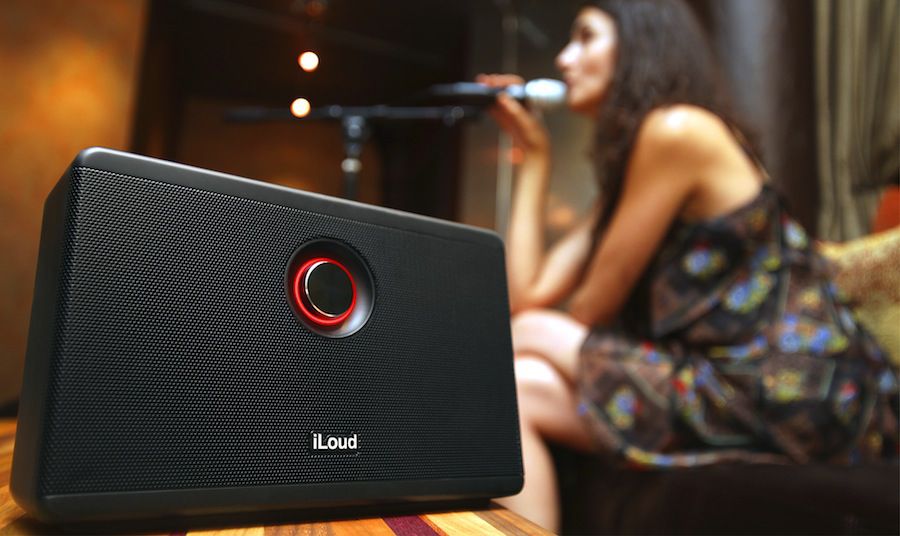 iLoud is great in the studio.

About the size of an iPad and only 6cm (2.3") thick, iLoud fits easily into a laptop bag or backpack. iLoud is powered by a high-performance Li-ion rechargeable battery with smart power-management features that reduce its power consumption so that it can be used for up to 10 hours without recharging. This makes iLoud the perfect portable speaker solution for mobile musicians. 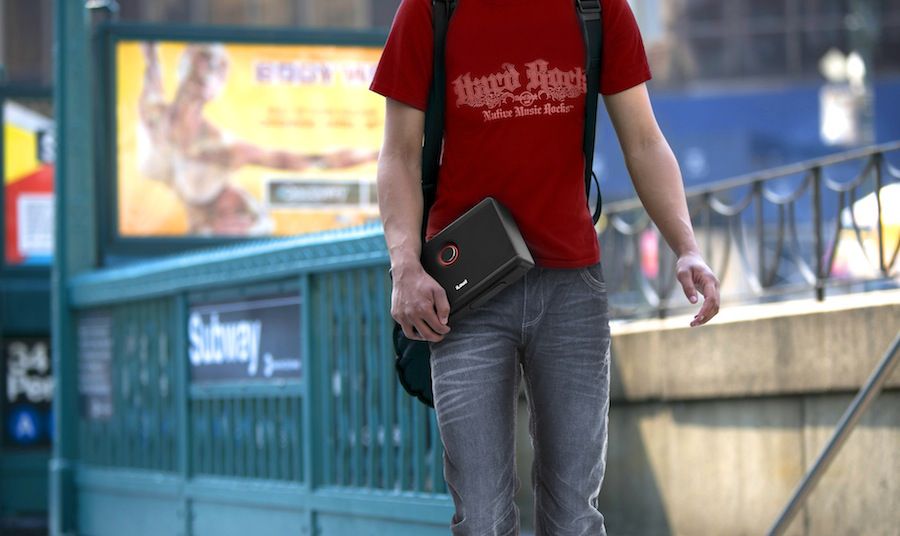 … and great on the street, too!

iLoud supports Bluetooth operation for wireless audio streaming anywhere and everywhere from a mobile device such as an iPhone, iPad, iPod touch, Android smartphone or tablet for casual listening. For sound sources like MP3 players that do not have Bluetooth capabilities, the iLoud also has a stereo 1/8" mini-jack input for connecting line-level devices such as home stereos, DJ gear, mixers, MP3 players, and more.

iLoud also offers the ability to connect a guitar, bass or dynamic microphone directly to the speaker and process the sound with a multitude of real-time effects apps on iOS devices. It features the same circuitry as IK's iRig - the most popular mobile interface of all time - and allows users to plug in guitars or other instruments and access AmpliTube or other audio apps on their mobile device for practicing, performing and recording. The input also accommodates dynamic microphones, making it possible to run an app like IK's VocaLive for real-time vocal effects and recording.

iLoud is priced at $299.99/€239.99 (excl. tax) and is available now from the IK network of music and electronic retailers around the world.

For more information, go to:

For a comprehensive collection of videos that showcases iLoud's feature set, go to: