Language
If you're full of creative ideas, grooves, lyrics, sounds and more... but find it a struggle to get these into finished songs/tracks, G. W. Childs is here with 3 simple ways to write that album now.

Musicianship, in this modern time, can be a sordid pursuit. With all of the modern distractions, it's easy to start a song, then get a text message, lose your groove, and then find yourself moving on to play a video game.

For myself, years ago, when there were no text messages and Facebook, I know that I had a higher output of creative content. I would, on average, finish one song every two days. Sometimes, I'd even start 3 songs, and then work on all three over the next 4 days. I was creative because I was focused.

"When there were no text messages or Facebook, I had a higher creative output."

And, while it may seem like social media, modern electronics and wireless communication are to blame, I came to the conclusion that it was ultimately myself, in the end, that was keeping me from going on and finishing those three, or four concept albums I'd always wanted to do. But, when you're behind on your creative output, and in need of getting your confidence back up, you need to start small, then build up. Which is what I did.

Step 1 - Get yourself some Accountability

I decided, at the depths of my soul, one day, a few weeks ago, that it was time to start beginning and completing the assorted projects that I'd been only thinking of, for years. And, like many people, I've come to this realization a few times, only to completely forget about it, a few days later. So, in order to combat this tendency that I share with many other modern musicians, I decided to arrange some fail-safes, to keep myself accountable.

My very first fail-safe was the simple act of telling a few people. We all have these people in our lives that check in on us regularly. They are known as friends. I updated friends of mine who are known for their encouragement that I was going to attempt to write an album in a week, just the way I used to. I even told Rounik, the editor-in-chief of the AskAudio Mag, that I was doing it, and wanted to make an article out of it. Modern psychology, over the last few years, have touted journaling as a way to not only increase your mood. But, also as a way to keep yourself more productive. An article would be a great way to journal, keep myself excited, and share what I would learn, along the way.

The second step of my plan came down to creating goals for myself that would both propel me forward, in my creative pursuit. And, keep it fun, at the same time. I'm a firm believer in finding ways to make any project, be it manual labor, or re-organizing your sock drawer, fun, in order to have the greatest productive output. The more fun it is, the less it seems like work.

Songwriting is incredibly fun, to me. But, I've noticed that I have a huge burst of creativity at the very beginning of a song's composition. After a short time, though, I start to burn out, and lose interest.

"I had to make a pledge to follow up on each song, the next day, for at least 30 minutes each."

To combat this, I decided to begin at least one song a day, with the understanding that I'd have to revisit the song, the next day, and spend at least 30 more minutes on it, before I could start the new song for that day. There would be no limit on the amount of songs I could start, I just had to make a pledge to follow up on each song, the next day, for at least 30 minutes each. This is a picture of one 30 minute composition, right here. Notice: Very little instrumentation. 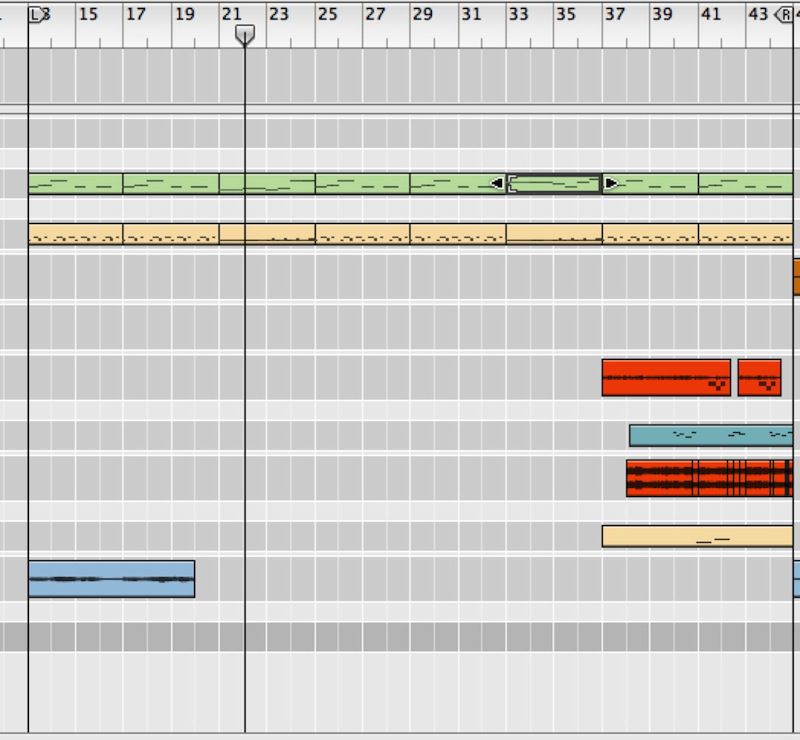 A 30 minute composition in Reason.

With loose parameters like this, I discovered that I was finishing songs again! And, it goes along with some productivity tips I'd learned in the past. Working feverishly for short bursts of time has been proven to be more effective than attempting to work feverishly over a few hours. Try 15-30 minute bursts for yourself, see what you think!

Note: If you mix timed writing sessions with a bulleted list that you'd prepared prior to starting your session, often times you'll find an even more substantial work output. And, because you're completing small goals, via bulleted list, you feel like you got more accomplished. Accomplishment leads to confidence, confidence leads to fulfilment.

My final goal, or stipulation would be, no production. DAWs make it extremely easy to produce, while you write. While it's cool to have nice sounding demos, remember that this is a writing session. The scratch vocals don't need you to waste 30 minutes trying to dial them in, when they are only scratch vocals. Also, drum kits, synth parts, guitar part... All of those instruments, and the entire arrangement can be switched out later. The most important part is always the lyrics and the composition. 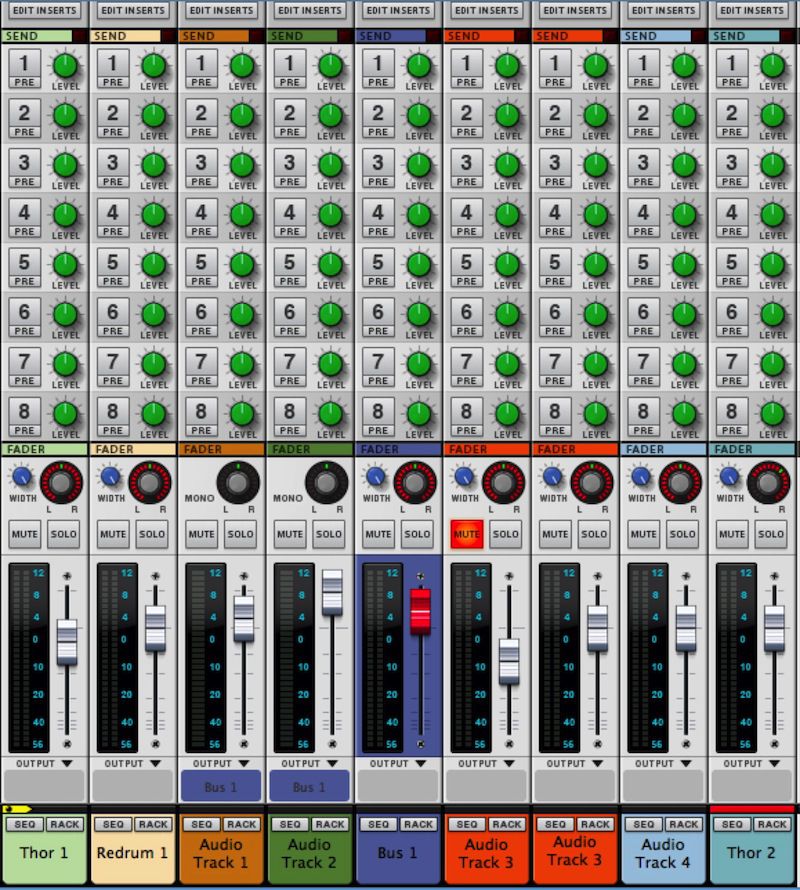 Remember that writing is different from producing.

There are a few ways of keeping yourself from endlessly going through synth patches, drum patches and noodling around on the mixer for an hour. One way to avoid this trap is to stick to one ensemble of instruments, and kits for every song on your project. This may sound extremely limiting. But, getting rid of the need to noodle keeps the project going.

"When you hear a song completely stripped down, it's easy to start hearing what 'could' be added, and where you 'could' take the song."

Another way to avoid noodling would be to write the album with one instrument and your vocals. This can be downright frightening to some people. But, the advantages are huge. First, it causes you to focus on the song, and not the sound. This is key in fast songwriting. Secondly, when you hear a song completely stripped down, it's easy to start hearing what 'could' be added, and where you 'could' take the song.

In the end, I decided to get each song to the point that there was music and lyrics for the first and second verse, as well as the chorus, and pre-choruses, when the song would merit it. As those elements are the main structure for all modern pop songs, getting myself that far meant that each song would be at around 50% complete after each writing session. And, because I wasn't thinking about what I was doing so much, and second guessing myself, due to the 15-30 minute window, on each song, I found that I was writing in a far more original manner than usual.

"If you just focus on your project a little bit each day, no matter what, it will continue to not only grow, but to pick up momentum."

As a whole, I achieved around 9 songs in a week. These were not completed songs. But, they were completed enough. I could pick it up again next week, for final compositional touches... Which, would only be 30 minutes each. Then, with the songs finished, I could shoot them to my band mate, he could add. Then... A few days for production. I even did a rough mix of a song in 30 minutes!

The greatest thing that I learned is that if you just focus on your project a little bit each day, no matter what, it will continue to not only grow, but to pick up momentum.

So, in closing, have you challenged yourself lately? Would you like to? Try some of this out, and see how far you can get on your album! Time slips away quickly. Wouldn't be nice to finish one... Or, two in a week?