Language
Calling all Logic Pro X users dependent on 32-bit plug-ins like Sylenth... aside from our previous solution, there's a more integrated one using VEP. Peter Schwartz walks you through the ins and outs.

There was much excitement surrounding the release of Logic Pro X, save for those who raised a hue and cry because Logic no longer supports 32-bit plug-ins. Much of the online discussion surrounding the issue has centered on the very popular 32-bit plug-in, Sylenth, though anyone with an investment in older plug-ins has cause for concern.

In response to blog articles and forum posts on the subject, some have suggested that 32-bit plug-ins are somehow passe anyway, that their time has come regardless of how useful they are or how good they might sound. For those who hold their various 32-bit plug-ins near and dear, all you can do is have a good laugh at such advice and move on towards finding a solution, of which there are several.

Of the constructive approaches to solving this problem, Rounik Sethi wrote a now very popular article on the subject published here on using 32-bit plug-ins in Logic Pro X via AU Lab and Soundflower. However, with this article I'd like to explore another solution: Vienna Ensemble Pro.

Although VEP is a product of Vienna Instruments (of orchestral sample fame), it's the furthest thing from being solely a violin library. In fact, it's more of a utility program than anything else, but a very powerful one.

VEP in a Nutshell

VEP is a background hosting application for 32-bit and 64-bit plug-ins. Naturally, it's designed to host Vienna's own instruments, but perhaps of much broader interest is that VEP is designed to host 3rd party plug-ins! And the system integrates seamlessly with Logic Pro X and other DAWs as well.

Let's now take a look at some of the individual components of the VEP system. 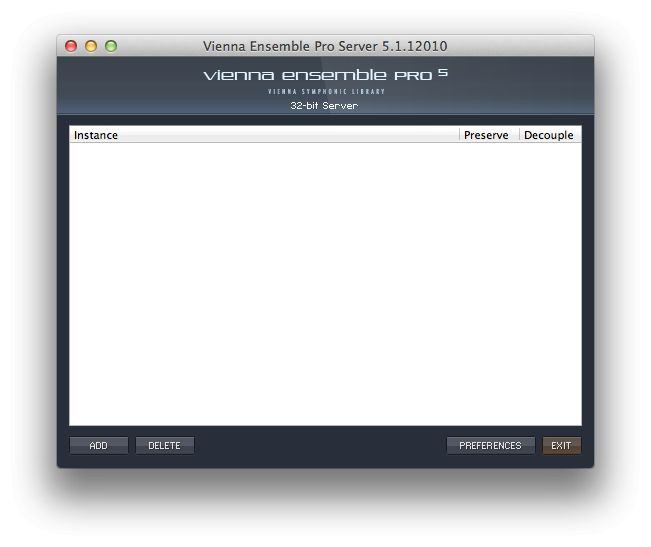 Figure 1: The rather utilitarian VEP5 Server window. Looks bland, but don't let that fool you.

The VEP package contains not just one but two applications called “servers” (see Figure 1). The 32-bit server is for hosting (you guessed it) 32-bit plug-ins, and the other is for hosting 64-bit plugs.You can run one, the other, or both servers simultaneously on the same computer. Think of a server as an overall shell, or frame, which encapsulates the virtual instrument racks you'll build within it, called “instances”.

Once a server is up and running, you create a blank virtual instrument rack (an “instance”). 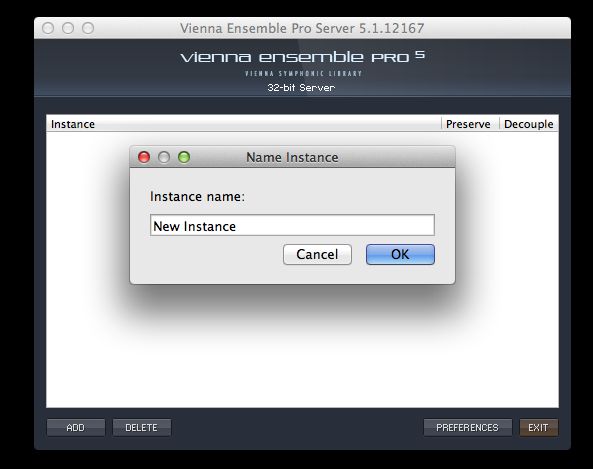 You can create several, or even dozens of instances and load them up with one or more plug-ins. 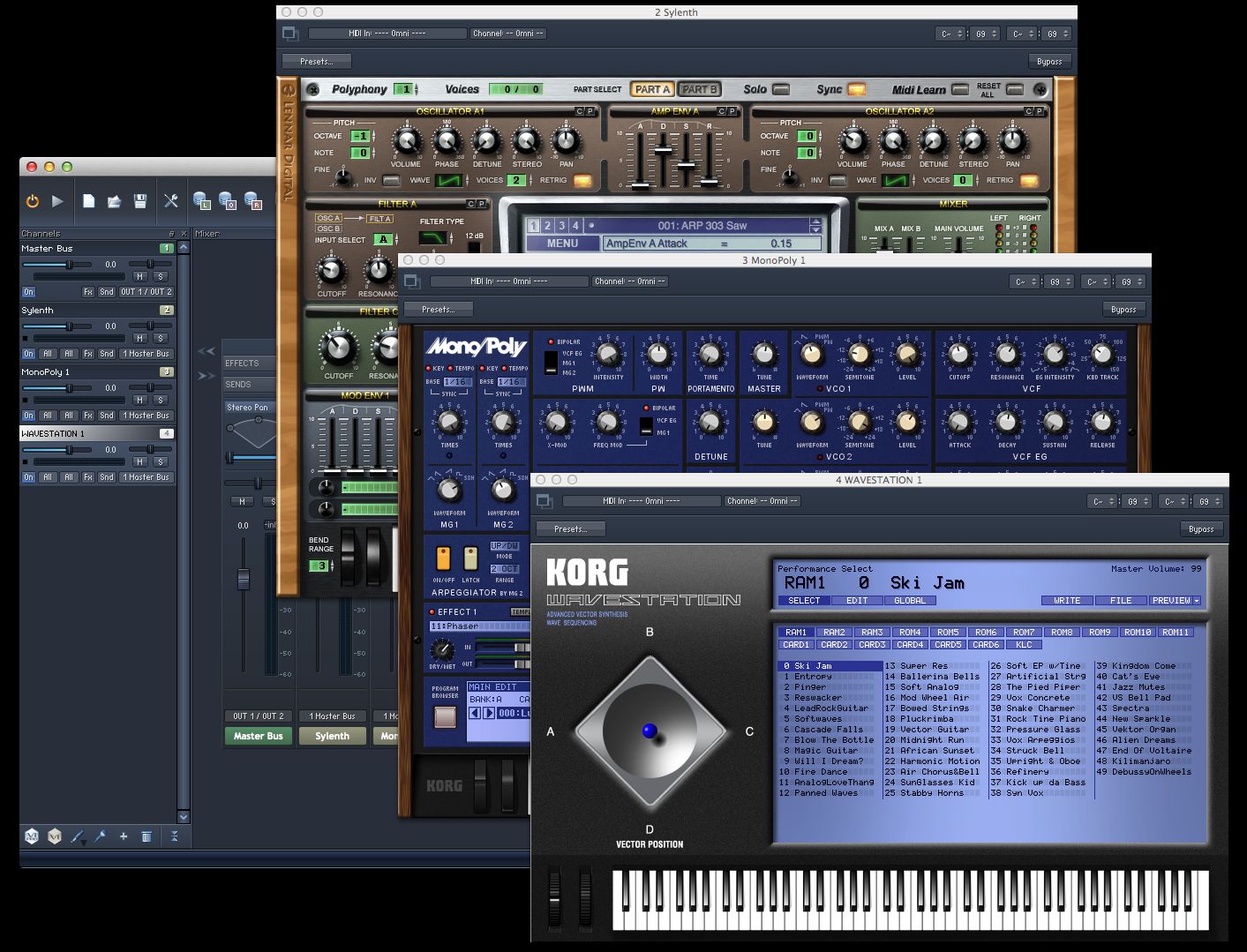 Connecting to an Instance from Logic Pro X

Sending MIDI from Logic to VEP starts by creating a new software instrument in Logic and adding a plug-in with the unwieldy name of “Vienna Ensemble Pro Server Interface”. Translation: you load up a VEP plug-in into your software instrument and select which Instance you want to play from the selection displayed on the VEP plug-in's front panel. 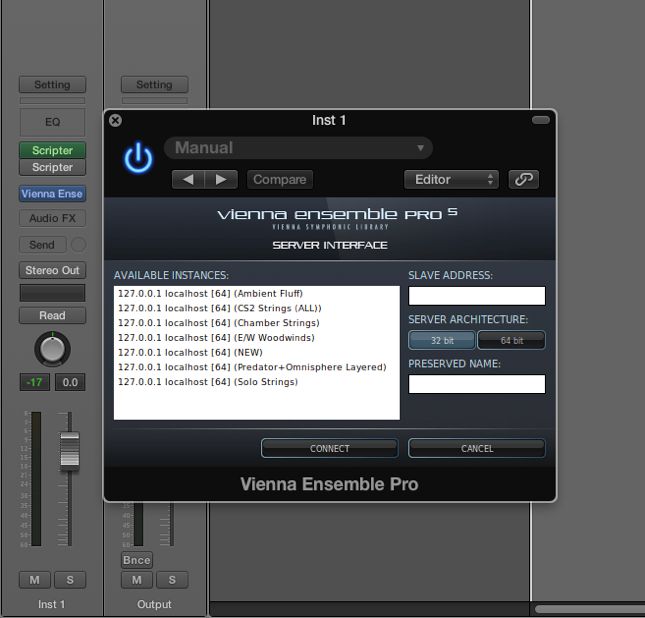 Playing a Specific Plug-in within an Instance

Once you select an instance from the VEP plug-in Logic, the MIDI channel setting of the software instrument determines which plug-in you'll be playing within the instance. Or, you can set plug-ins to the same MIDI channel to layer them.

Here's the best part: sound from VEP-hosted plug-ins returns directly to the software instrument channel in Logic. But you can also return sound from VEP to Auxes, particularly important for multi-output plug-ins.

Could it really be just that simple? In a word, yes! Now, there are many options and features that I haven't covered here. But to the point of hosting 32-bit plug-ins, that's really about all you need to know to get started.

G.F. Big
Good article. Do the GUIs of the 32 bit plugins open in Logic, or do you only see the GUI of VEP?
Peter Schwartz
Thanks! The GUIs of the 32-bit plugs open in VEP. The illustration that's 2 up from this comments section shows this.

What initially appears in Logic is the GUI you see above that (in Figure 2) though what you see in that picture is before I connected to any of the instances. Once you connect to one, tho, a button appears on the GUI labeled "Raise". Click on that and you'll switch over to VEP, and then you'll see your plugin GUIs.

If you work on a multiple monitor system, you can see both Logic and your GUIs at the same time.

One of the cool things about VEP is that you can operate Logic's transport (start and top) even when VEP has focus.

G.F. Big
Thanks for the reply. My 32 bit plugs are all IK Multimedia, and they say they'll run in 64 bit when they release Sampletank 3. Which is all well and good, but I am finding their stuff a bit limiting at this point, so VEP is on my Christmas wishlist.
Cappo
How about using a 64 bit instrument plugin in Logic with a 32 bit effect plugin in VEP? Can the effect plugin be set up in VEP and audio routed out of Logic into it and then back into Logic? I have some older effects like I would still like to use if I switched to Logic Pro X ;)