Language
When you're sitting in session after session watching guitarists mic up their amps you pick up a few tricks! Now imagine applying those micing techniques to your synths... G.W. shows you how.

Any guitarist knows that once you get into the studio, it becomes all about recreating and keeping the tone that most guitarist spend hundreds on creating for themselves through the usage of amps, pedals, compressors, pre-amps, and so on. I've sat in through sessions where I literally did nothing the whole time I was there, because the producer and guitarist were so intent on getting the right guitar sound that my keyboards, and drum machine parts seemed to take a back seat, even though they made up the foundation of the song. Usually, during sessions such as these, it's mic-ing that becomes one of the greatest boons to such an endeavor for the perfect guitar sound. With this in mind, I thought it would be fun to put together some fun mic tricks I've stolen from guitarist sessions such as these, for use on my synth leads, basses and even drum loops.

When it comes to rooms to record in, most people associate the classic, acoustically tiled, thick walled studio, as the utmost place to record, period. And, of course, recording in a well put together room is always amazing, and will furnish you with a recording that induces no coloration. But, what if we could throw that out the window and talk about rooms that would be fun to record because of coloration due to tile, big ceilings, mirrors, or even metal lockers. Sure, you could always go with a reverb plug-in. But, it ain't going to sound as cool as the real thing. 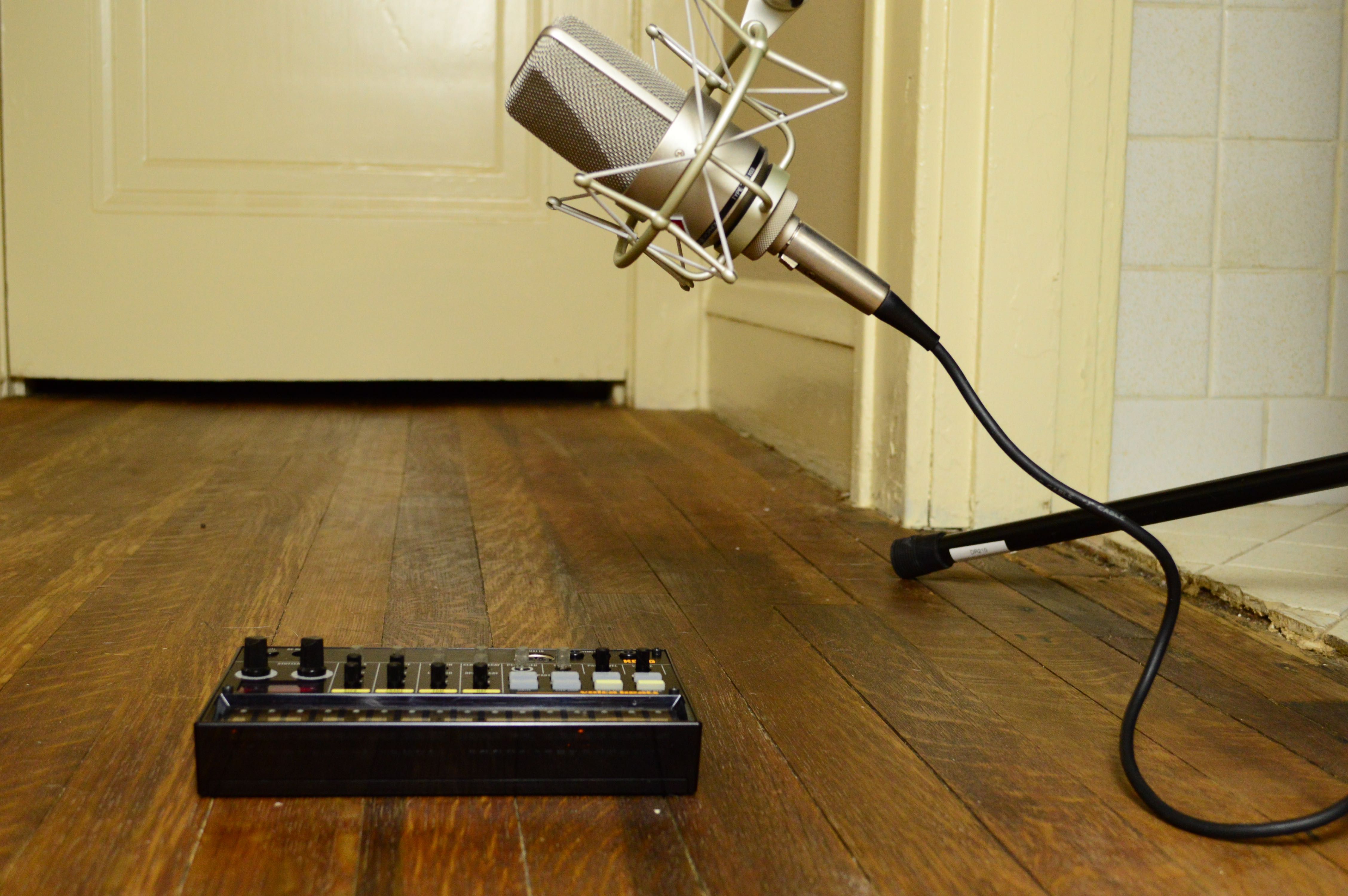 One of my favorite tricks with my volca beats is to mic the internal speaker within certain rooms, and on top of certain surfaces. Wood sounds amazing, metal gives a nice slap back effect, tiled rooms makes it echo!

I'll record individual drum sounds with the specific room characteristics. Then, go back and record the same drums, with the same settings, dry. The combination of the two recordings, one dry and one in a certain room, end up giving me a very full, unique sound, that is real, and actually has a story behind it. Rather than just enabling a plug-in.

I've also found that by moving the mic position around the room, and placing it at different angles in reference to where my volca device is, that I can get some really neat tones that I wouldn't have even thought of with plug-ins!

You don't necessarily have to own an expensive amp to get a good sound. Garage sales, music store blow outs and pawn shops always have quirky old amps and even gnarly old stereo speakers, tuners and pre-amps that tend to sound really unique. Imagine running a phat lead through your grandma's old stereo. Or, even better, what about a drum loop through an old television through auxiliary inputs... Overdriven! 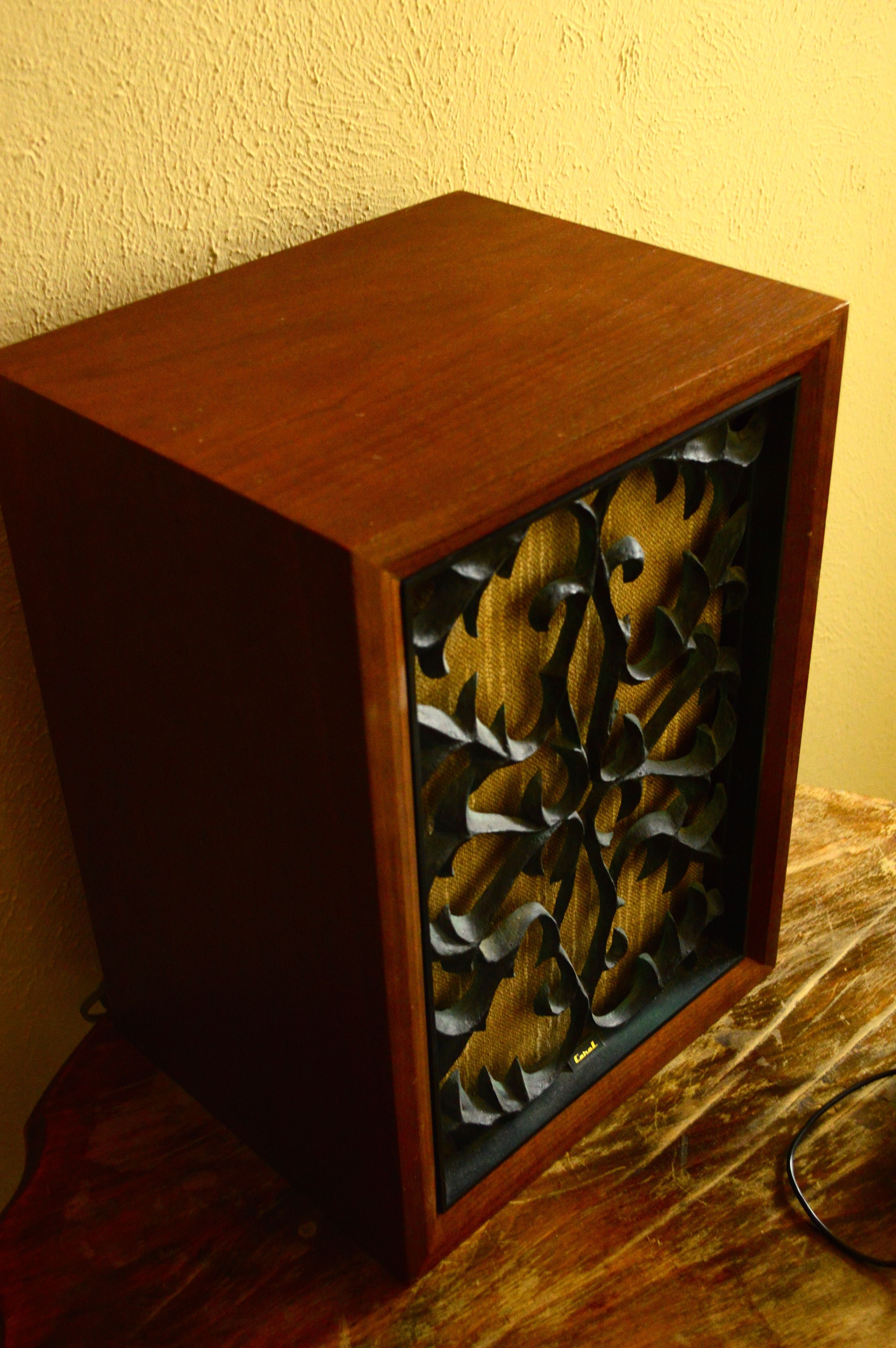 Another perk about old speakers is the old engineer trick where one employs really flat , crappy, old speakers for a final mix down, with the idea that, “If it sounds good on these speakers, it will sound good on anything.” You would be surprised just how many audio engineers, especially in the old school classification, that still swear by some old crappy Realistic speakers. Or something made by Tandy...

One of the cool things about working with old speakers is that you don't necessarily even have to have the device, or devices that you want to record, present. In fact, you can use old speakers kind of like effects, in unto themselves. For example: Run specific  instruments to the audio output running into an old speaker that is mic-ed already, going back into another input going back into your audio interface. It's like a quick easy way to make anything sound more 'real', because you're taking suddenly out of the digital domain and recording it in the real domain, with a mic! Speaking of microphones, let's talk about those now!

Every mic, despite the name, model, manufacturer, size, shape and color have their own unique imprint upon any sound that runs through them. With that being said, good  and bad, in terms of adjectives to describe something, these days, can really be thrown out the window. Lo-fi holds up just as much on a dance floor as Hi-Fi. And, so many devices have built-in microphones! What's more, when you mix interesting old microphones in with situations like what I've described above—recording in strange rooms, recording through strange speakers... well, why not make things even more interesting with a unique mic? 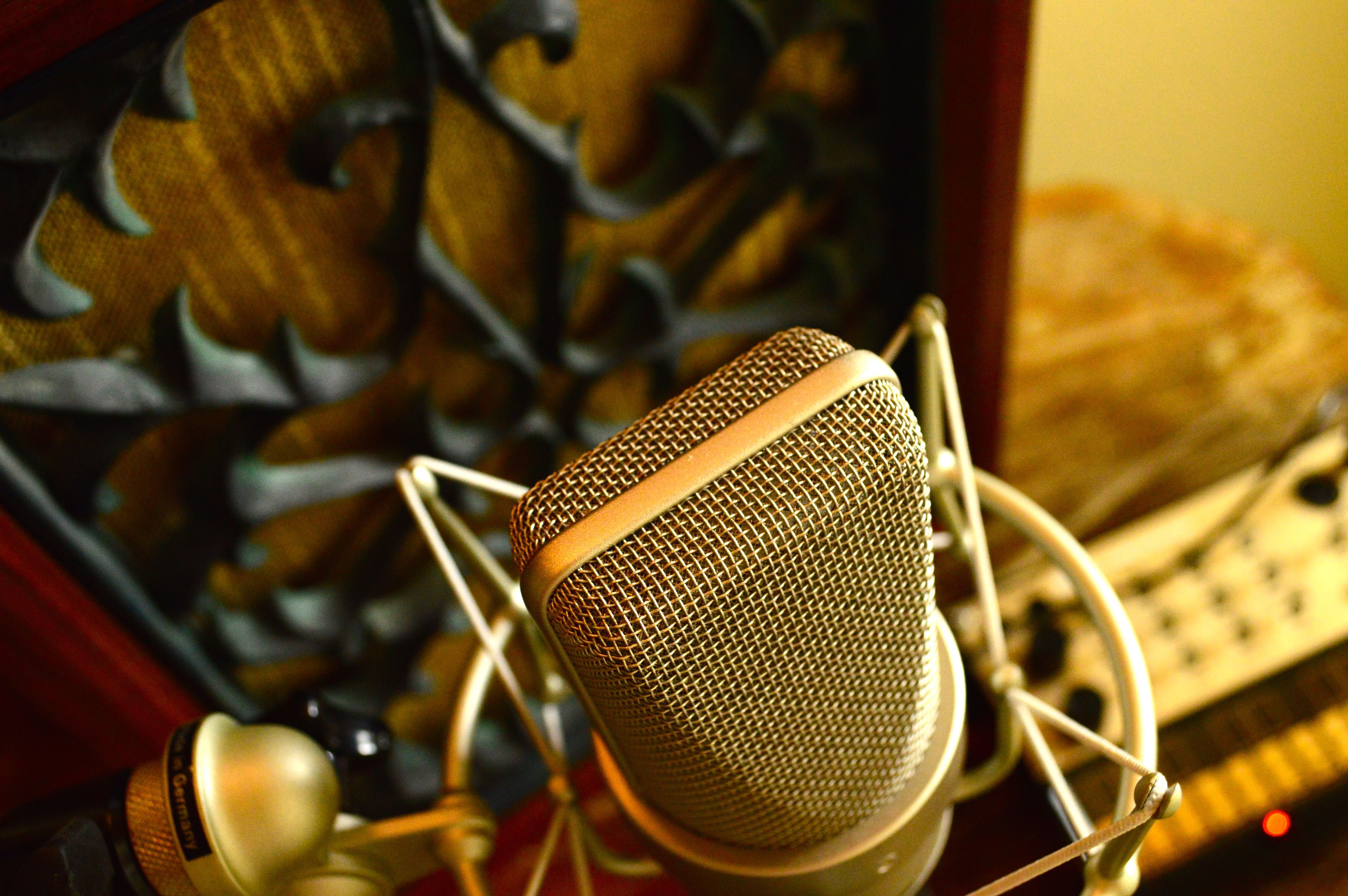 Personally, I've had a load of luck recording everything from old kick drums, to Speak n Spell-ish devices, even vocalists with my favorite, banged up, old SM58. And, as a result, over the years, I have become familiar enough with the way the mic records to be able to anticipate frequencies to accentuate and remove. But, like all of us, I've acquired more gear, and more mics as time has gone by. Since my tool belt has gotten bigger, it has become fun to record specific electronic sources with different mics, just like I would a guitar. I started to mix and match the recordings with certain mics to get hybrid sounds that I really couldn't get, easily, with any plug-in. Drummers have been using two multiple microphones for mic-ing different kit parts for years. Maybe it's time that as keyboardists and electronic musicians, we try employing some of the same techniques, just with digital sources, going through analog channels, instead? Switching out microphones has been well employed and demonstrated with plug-ins like EZdrummer and Superior Drummer from Toontrack, and has been considered a must-have feature. What if we could bring this kind of thinking over to classic synths like the TB-303, thrice mic-ed, even amped, and on an old, wooden stage. Imagine what that would sound like? It would sound like a totally different instrument! 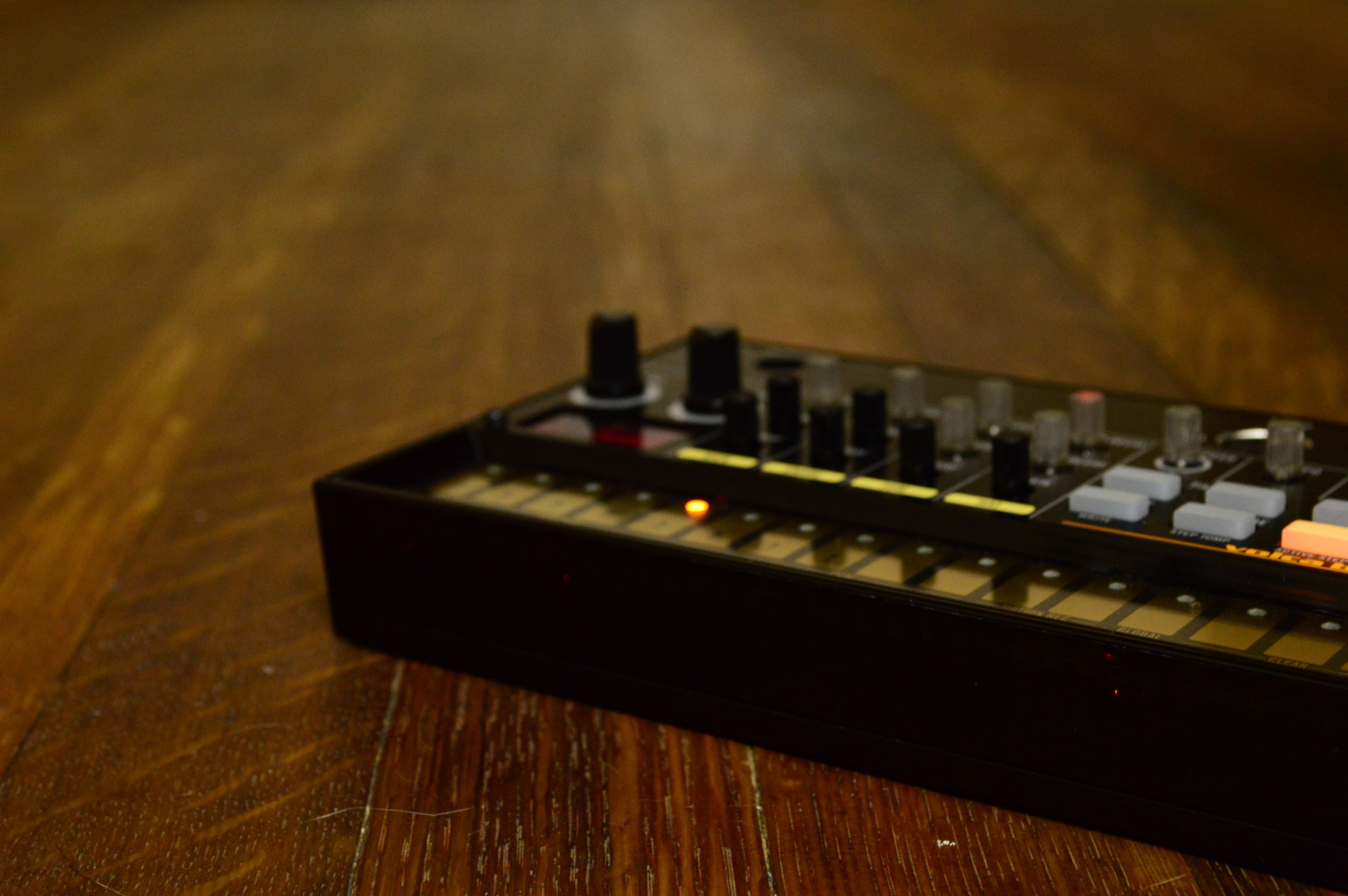 Of course, all the views expressed herein are merely memories of my own endeavors to bring some form of story, adventure and 'spice' into the bedroom that is my music. It's a place I like to get wild. I think this is even more true after experiencing the monogamy of a digital only relationship with my laptop, for so many years. The same old plug-ins, the same old workflows, and the same old rooms and environments, I feel, are ultimately what can suck the life and soul out of any imagination. We are dynamic beings that need variety and need story. We've come into an age where craft cocktails require minutes again, instead of seconds to prepare. And, farm to table restaurants now compete and even dominate the world of gourmet. Why shouldn't we, as producers, musicians and engineers be showing the same kind of fun and excitement and ingenuity, just like we used to! And, maybe you are. At any rate, here are some of the paths for adventure I've explored with audio and music. Maybe I'll get to hear some of yours soon, too.