How to Make Your Voice Sound Younger With Logic Pro X

Language
Manipulating your voice in Logic Pro X is incredibly easy. Flex Pitch, Varispeed and other features make it possible. But how can you make your voice sound younger? Jay Asher shows you how.

Despite what large portions of the media would lead you to believe, not all singer/songwriters are still twenty-two years old ☺. Some of us are, to quote the title of a recent TV series I liked that sadly was cancelled, “Men of a Certain Age.” Now in some ways that is a good thing and some ways a bad thing, as it brings some nice properties to the table but loses some others.

In my specific case, I have been singing since I was five years old and I am a pretty good singer. Over the years I have usually sung the leads and sometimes backgrounds on the demos of my songs myself, at least initially. I still have all my high notes and I like to think I interpret a lyric better than ever. However, I no longer sound “young”, even when singing high. So sometimes I want to do some audio manipulation to deal with that.

You may want to as well, or maybe you are just looking to sound a little different than how you usually do or even do a little gender bending. With Logic Pro X, there are a couple of techniques you may find helpful.

Using Varispeed to Speed Up Pitch and Tempo

The easiest method to make your voice sound younger, if you don't mind making the tempo a little faster, is Varispeed.

Here is how you do it:

While holding the Control key, depress the mouse button on the Control Bar to customize it. Then in the LCD column, check Varispeed, and close the dialog box. 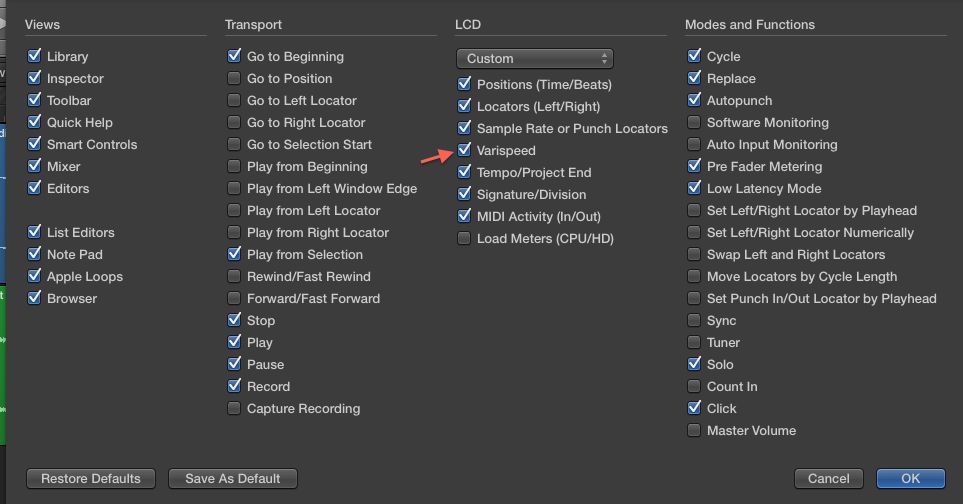 Turn on Varispeed by selecting the -+ icon. Notice that it defaults to Speed Only.

Change from Speed Only to Speed and Pitch, as you see me doing here…

You can alter it by percentage or resulting tempo. I choose the latter and increase the tempo from 72 to 76 BPM.

After doing this, vocally I sound younger and if I can live with the faster tempo, which actually I kind of like with this song, then I am done.

For a young singer who wants to sound older, obviously Varispeed could be used to achieve just the opposite result but yielding a slower tempo.

Formants are defined as “each of several prominent bands of frequency that determine the phonetic quality of a vowel.” What this translates to is that formants are an element of the voice that gives a singer their characteristic individual sound and by changing the formants, you can make a voice sound younger or older.

For this example, I am using the chorus from a different song as the vocal on the other song had piano bleed, which would have not allowed for a good result with shifting formants. I have trimmed the region so that I am just working on that chorus and have double-clicked on it to work in the Audio Track Editor. Unlike the Audio File Editor, any work I do in this editor is not destructive. This can also be done in the Main Window, but it is much easier to see things larger and more clearly in this new Logic Pro X editor. 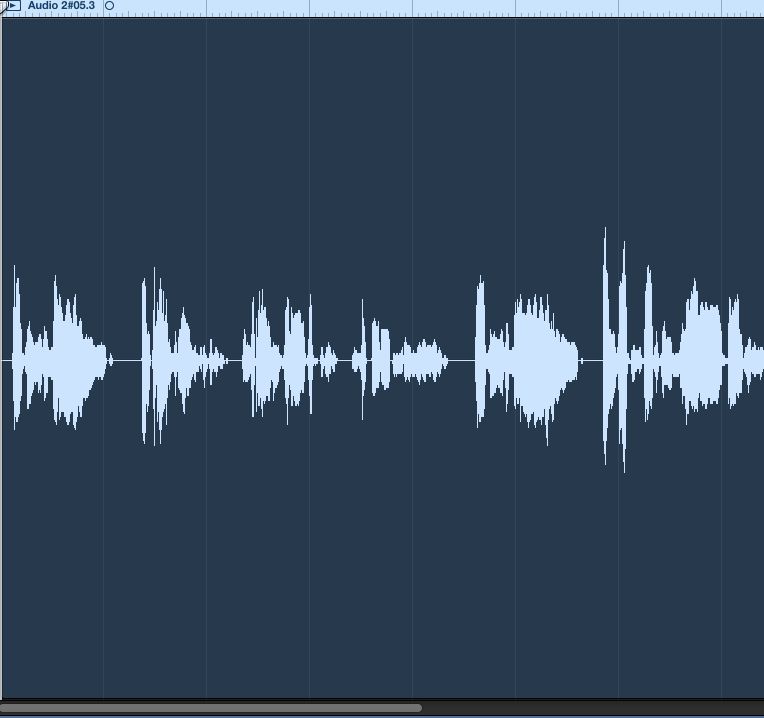 I click on the Flex icon to turn on Flex, which by default analyzes it for Flex Time Slicing, which is not what we want for this task. 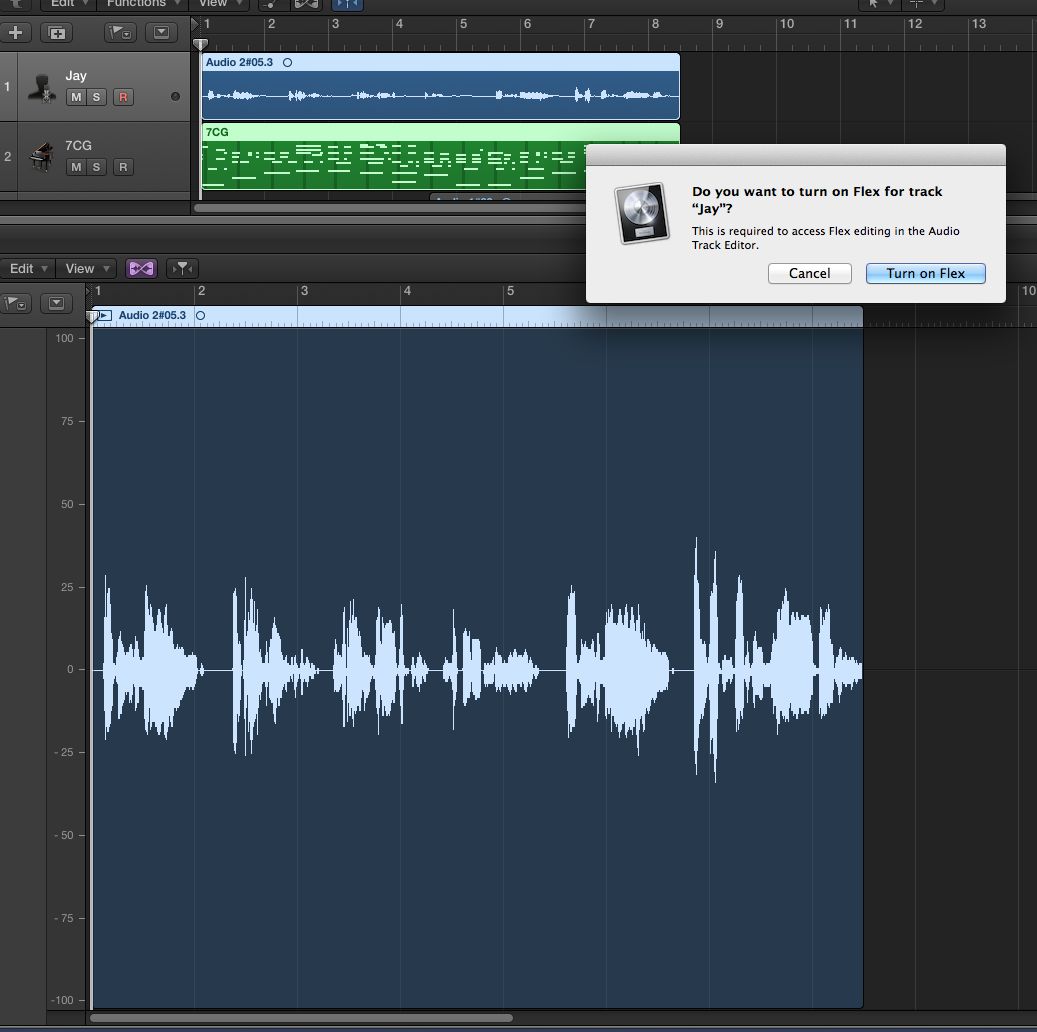 In the pictures below, you can see that I am changing the Flex mode to Flex Pitch. I have pressed Command-A to select all the notes. 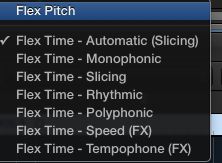 If you have not worked with Flex Pitch, you may not realize all that it brings to the table. It compares pretty favorably to Celemony's Melodyne, which is widely considered to be the gold standard for this work, and unlike Melodyne, it's included in Logic Pro X, so kudos to Apple for adding this feature. The short version is you can retune in gross or fine amounts, alter vibrato, pitch drift, AND shift formants by grabbing the appropriate “hot spots”, In the following picture, notice that the hot spot in the lower right-hand corner of the note is the one I want to shift formants. 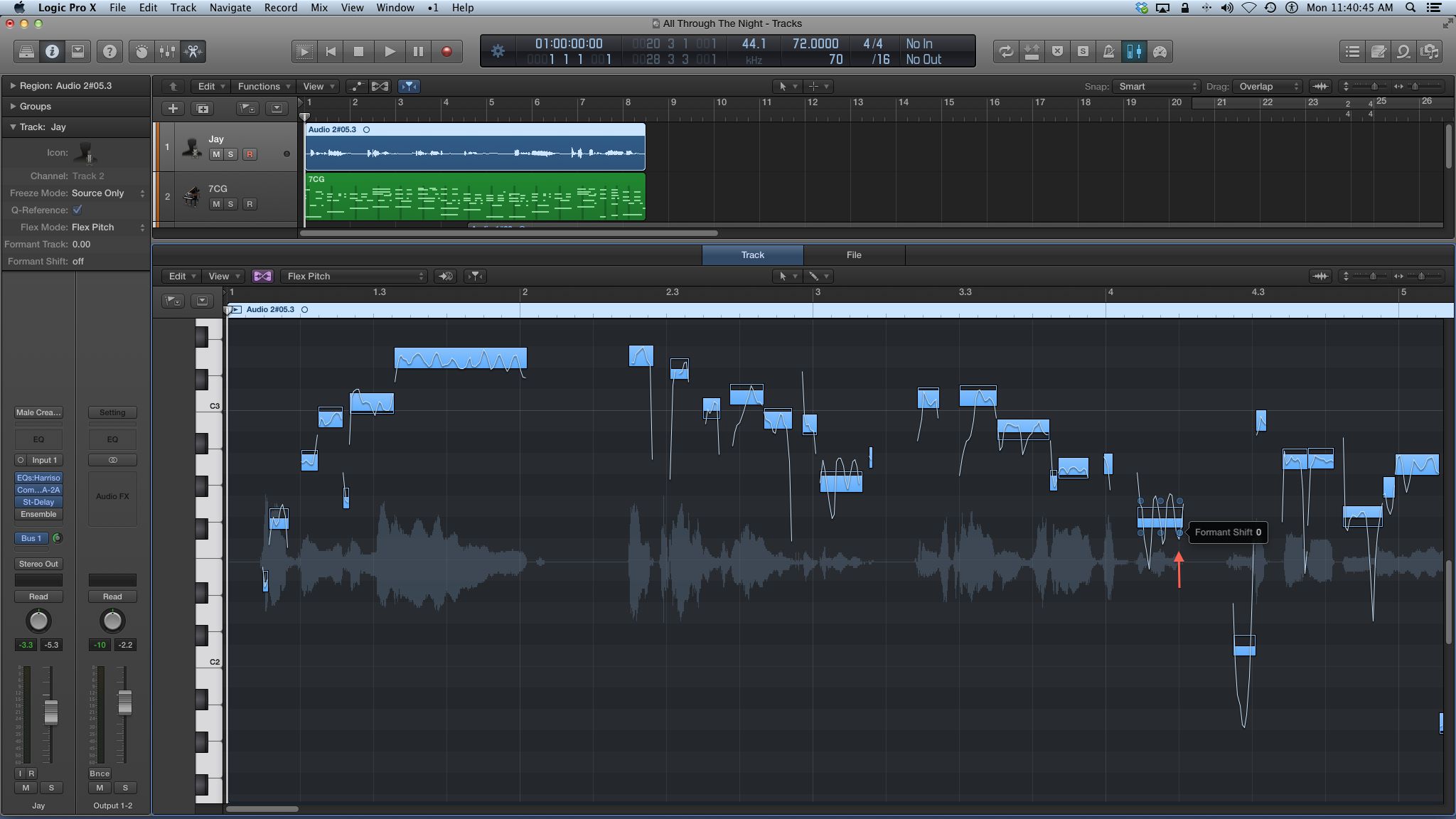 Now I simply drag the hot spot up until I get a result I mostly like and listen. I then go back and individually adjust the shift more or less on specific notes to fine-tune it. 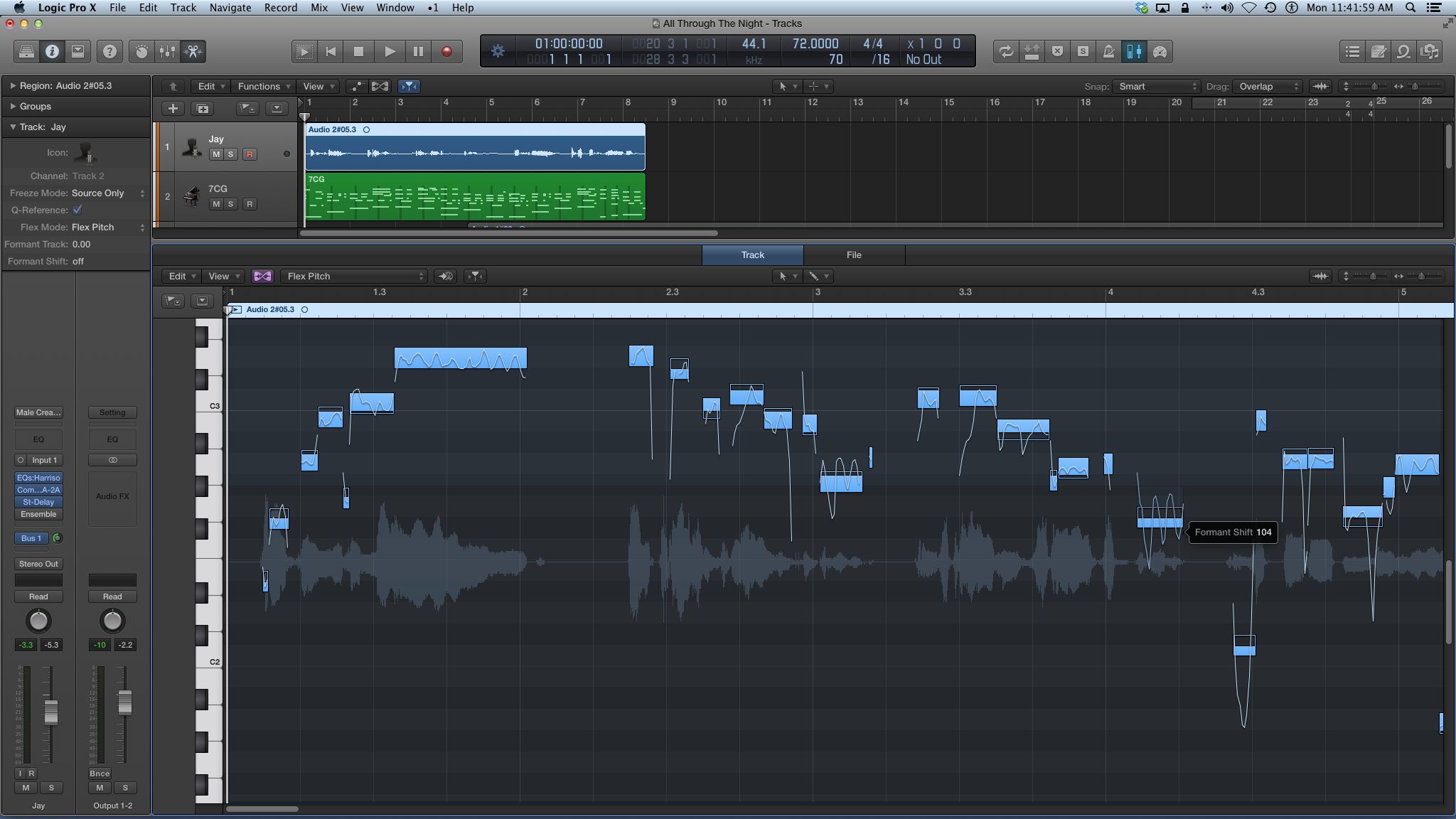 Again, vocally I sound a little younger albeit a tad nasal. The advantage of this over Varispeed is that I can retain my original tempo. Conversely, a female with a low voice who wanted to sound more like a male or more androgynous could achieve this by shifting the formants down. Also a young male singer who perhaps wanted to sound a little older and deeper, maybe for a traditional country song, could use this technique.

Every voice is unique and every vocal performance will of course yield different results and these are not necessarily the techniques I would employ for a commercially released master. But for demo purposes, these techniques may well suit your needs and especially in a dance mix where you want a vocal quality that is unusual you can do some very creative things.