How to Make a Dutch House Style Lead in Sylenth

Language
Do you use Sylenth? If you'd like to make a Dutch House style lead in the style of producers like Afrojack or Martin Garrix, then this tutorial-article by Sara Simms is for you.

Do you love the dutch house synth leads used by producers like Afrojack and Martin Garrix? These producers are using freshly-crafted sounds that give their songs a defining futuristic feel. Here's a tutorial on how to make a lead sound that's inspired by the lead line in the Afrojack/Martin Garrix collaboration Turn Up the Speakers. All you'll need is a DAW, and a copy of Sylenth.

Step One '" Initialize the patch

Start Out by opening up Sylenth in your DAW, and click on menu, then Init Preset to initialize the patch. 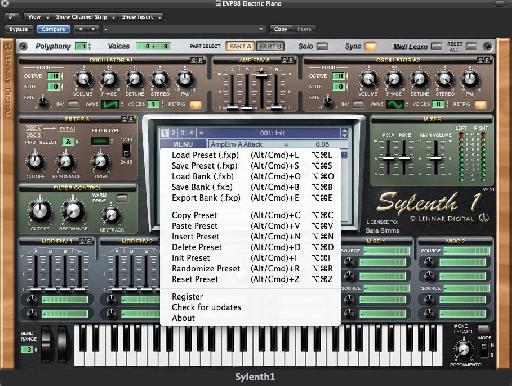 Begin by programming Part A in Sylenth. Set the Oscillator A1 Waveform to a Saw wave, and set the Voices to 8. Keep the Retrig On. The volume should be set all the way up, Phase should be just before 10 o'clock and the Detune set to 0. Keep the Stereo and Pan controls where they are.

In Oscillator A2, set the Waveform to a Saw, the Voices to 8 and keep the Retrig On. The Volume should be turned all the way up, Phase set to between one and two o'clock and Detune set to 1.00. Stereo and Pan controls should remain where they are.

In Filter A section, I used a notch filter at 12 dB, and set the Cutoff to just above 12 o'clock. I turned the Filter A Resonance down to 0.52, and set the Drive to about 1 o'clock. In the Filter Control section, the Cutoff is set to slightly above 12 o'clock and the Resonance set to just before nine o'clock. (Note: You can also turn the Resonance right off in either of the Filter sections). Set the Keytrack to between seven and eight o'clock and turn the Warm Drive On. 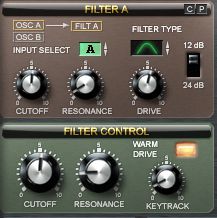 Time to head over to Part B! Click on the Part B button (located in the top middle of Sylenth) and set Oscillator B1 to a Saw Wave, with Zero Voices and the Retrig On. Turn the Volume all the way down, but turn the Phase up to 10. The  Amp Env B controls should be the same as Amp Env A; Attack set to 0.05, Decay to 0, Sustain to 10.0 and Release to 0.10.

In Oscillator B2, set the Waveform to Noise, and the Voices to 4. The Volume should be set to just about seven o'clock, Phase to zero, Detune to 0. Turn Stereo all the way up and keep the Pan at 12 o'clock.

In the Mixer section, turn Mix A all the way up, and keep Mix B lower in the Mix, around 4.08. If you like, turn up the Main Volume to around 7.

Now we're into the home stretch, and it's time to add effects in Sylenth. Check the box next to Distortion to enable it, and choose Decimate. Turn the Dry/Wet to 100% and the amount to just above nine o'clock. 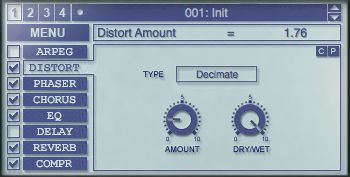 Next, enable the Phaser section by selecting it and in the top row, set the Spread to just slightly above twelve o'clock. The only other tweaks that need to be made here are setting the LFO Rate to just after eight o'clock, and the LFO Gain to just before nine. Feedback should be set to around 10 o'clock, and Dry/Wet at around 8 o'clock. 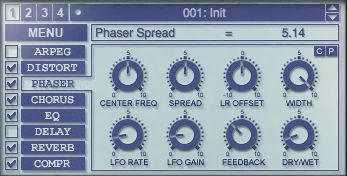 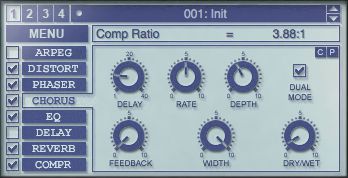 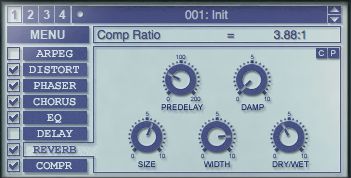 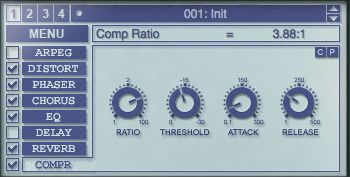 Now you should have a sound that sounds something like this:

Cherries on the Top

If you'd like to take the sound even further, add some EQ (try rolling off the very low end, below 30 or 50 Hz), add on plug-in called Sausage Fattener to make the sound bigger, maybe add a Reverb unit and side chain the lead synth to the kick drum. (If you're feeling really inspired by the Dutch men, try using Nicky Romero's side chaining plug-in Kickstart)