Logic's EXS24 is still a powerful sampler and completely integrated into Logic Pro. Here's how to convert third party instruments to work with it using Autosampler.

Logic Pro’s venerable sampler, the EXS24, has lost some of its glamor over the years compared to third party engines like Kontakt, Engine, Play and others. It isn’t multi-timbral and it does not have the scripting capabilities that some of the others have so the number of library developers who still develop for it is small. But because it is actually part of Logic’s code, it is remarkably CPU efficient and sounds great. You may well want to capture some of your favorite articulations in third party libraries you buy as EXS24 instruments for composing when you don’t need all that the library brings to the table. Also, if the instrument was created by a company that no longer exists or no longer supports the product. (It will also do hardware synths.)

Recognizing this years ago, a company called Redmatica came out with a terrific application to do precisely that, named AutoSampler. Sadly, the company ceased  to exist but the  good news is, Apple bought the rights to it and it is part of MainStage 3, which you can purchase  in the App Store for only $29.99.

Let’s get to work! Opening MainStage 3, I begin with the Keyboard Minimalist layout. 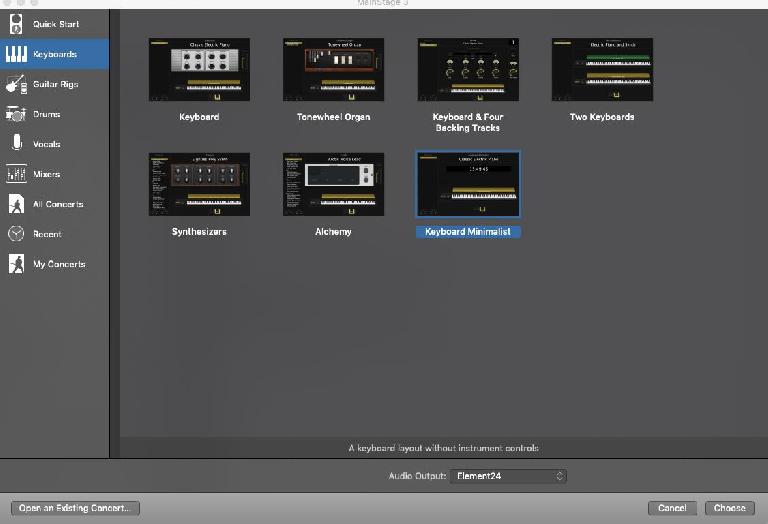 As you see, by default it opens a Classic Electric Piano with sends to two auxes with reverbs. 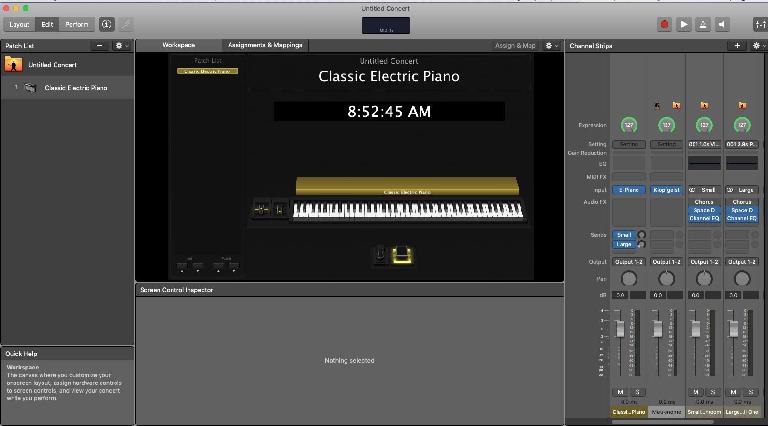 I want none of that for this purpose, so I prefer to reset the channel strips and rename the concert “AutoSampler.” Now I have this template always available to me for this task. 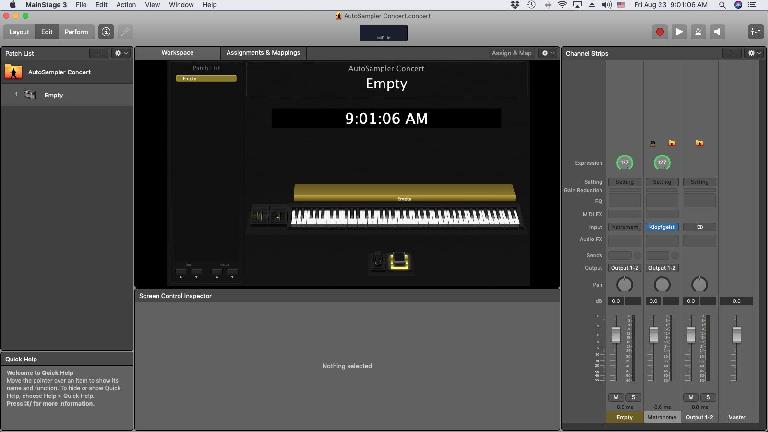 One of my older Kontakt libraries is the Sonic Implants Symphonic Collection, which is no longer available from Sonivox. I  particularly like an English Horn legato patch. I instantiate Kontakt in the instrument slot and load it up. 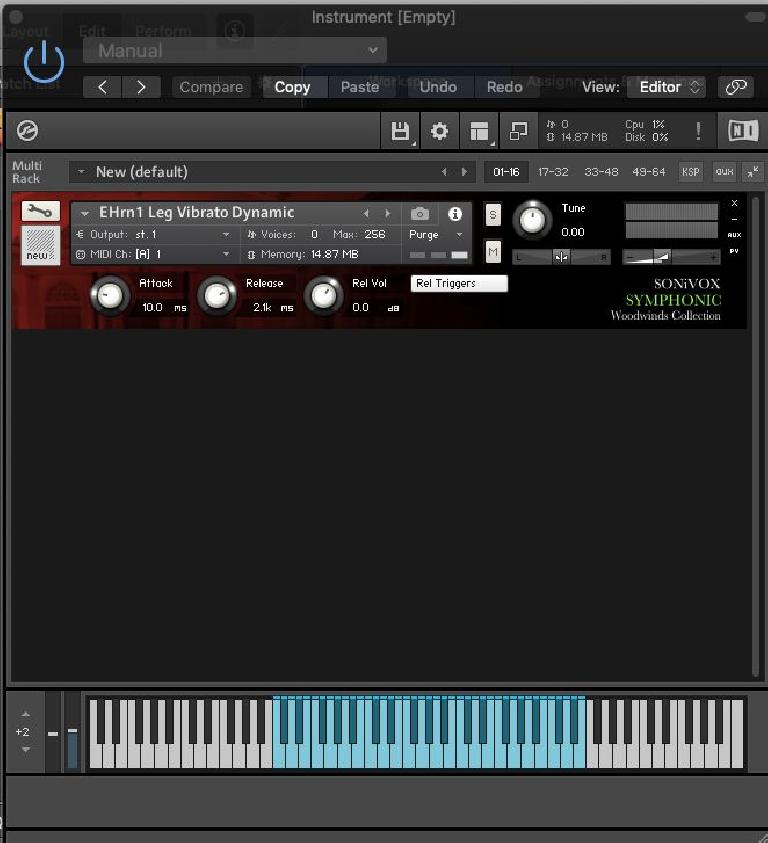 I find AutoSampler in the Audio FX and select it. 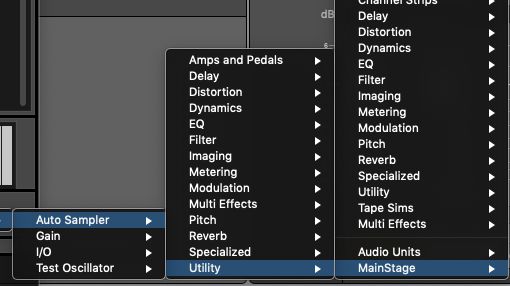 Now I have some choices to make. The range of this instrument is C2-E5, so of course it makes sense to set the range to that. I am not sure how many velocity layers the instrument has, but typically in that era it would be 2 to 4, so I set it to 4.The more semitones I choose, the more RAM the instrument will take and again, in that era of less powerful computers, they probably did not sample every single note. So I set it to 3, with 0 round robins for legato and I will roll the dice with those, knowing I can always redo it if I am not happy with the result. 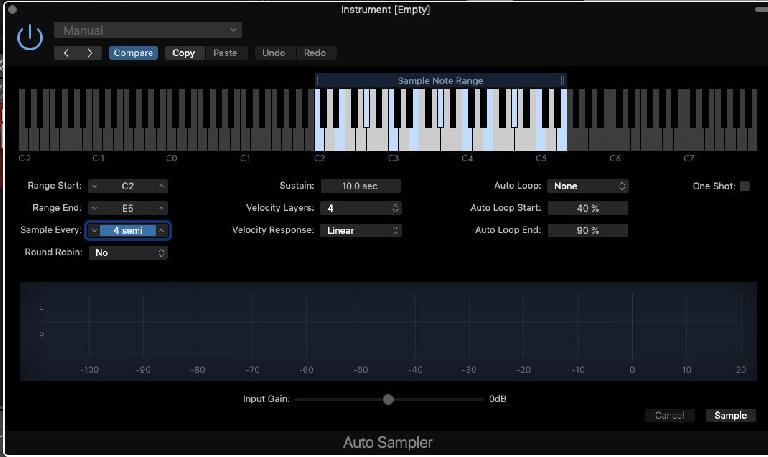 I click Sample, give it a name and let it save to its default location, and AutoSampler begins. You will see it and hear it in action. The larger the instrument, the longer it will take, depending on your settings choices. For this instrument with the  settings I chose, it will take app. 24 minutes. Time to make a phone call, check my email, make coffee, etc. 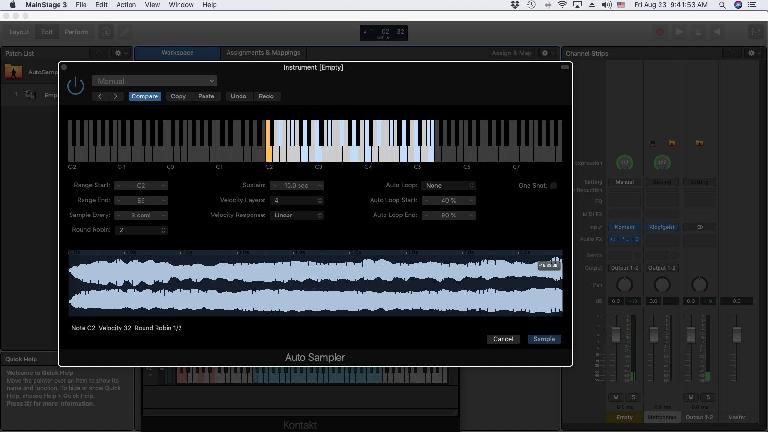 Now that’s it’s done, I swap out the Kontakt instance for an EXS24 and  click “refresh menu” and voila, there it is. 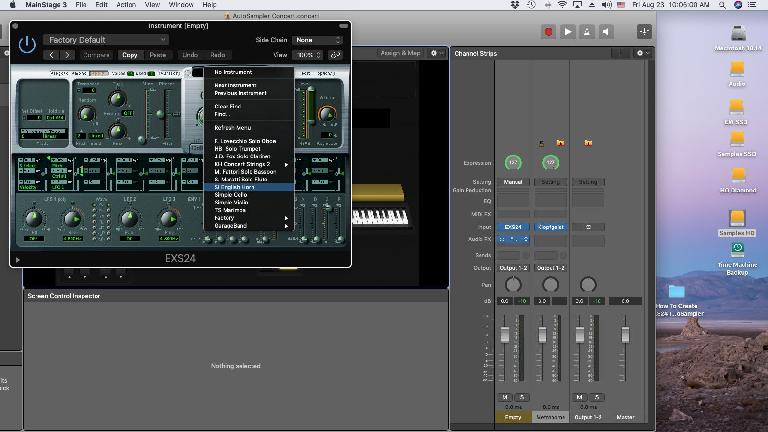 When I play it, it sounds great, a bit softer but nearly identical. The only issues for me are that the sustain is too long and when I raise the vibrato with the mod wheel, I get too much vibrato. No problem. First I drag the sustain in the Env 2 ADSR down just a bit. 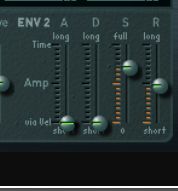 Then I simply drag down the red arrow in the Modulation Matrix to limit the range of the LFO and it’s perfect.

But don’t take my word for it, listening is believing. I open up both in Logic Pro X and play a region in. You tell me which one is which when you listen to the two, one after the other. 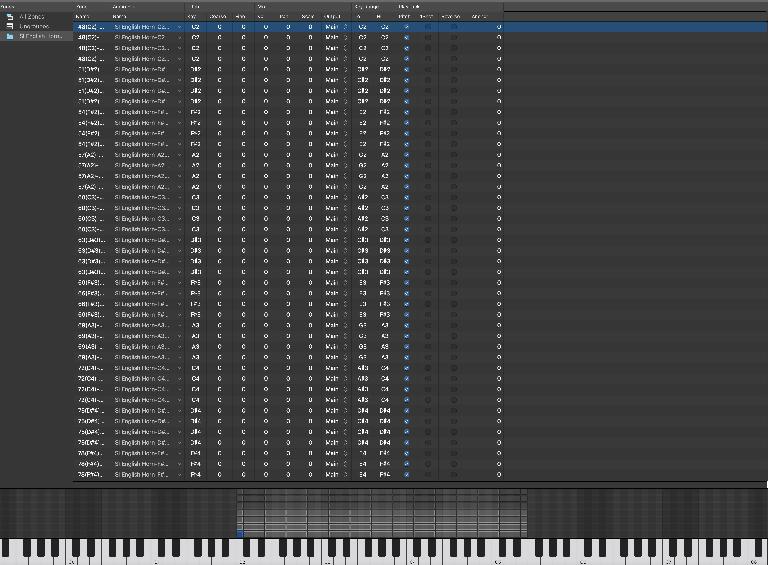 I navigate to where the staccato samples were saved and drag them into Ungrouped this window. I assign it to Auto map and now they are in the instrument. 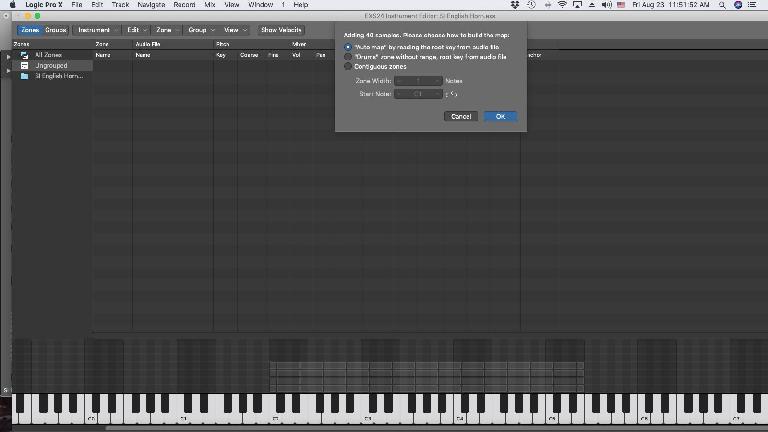 I then go under the Group menu, choose New Group. Then in the Ungrouped, I press Command-A to select all the staccato samples and drag them into the newly created group. I then rename the group Staccato and rename the first group legato, so that we now see that reflected. 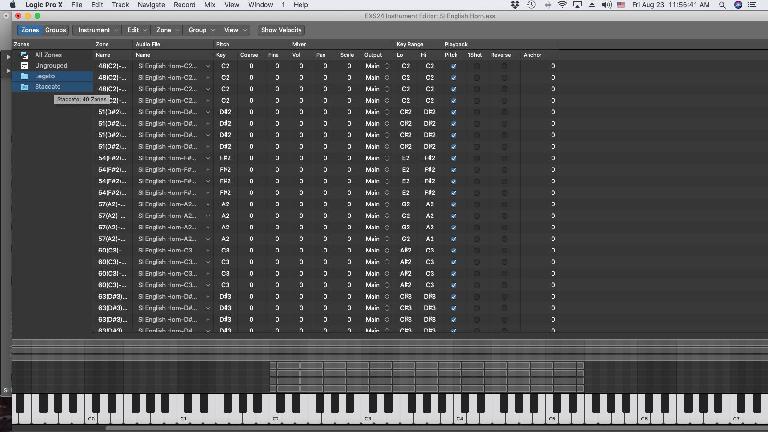 Next in the editor I switch from Zones view to Groups and I see that the ranges are not correct, as they show a low of C-2 and a high of G8. I adjust them to C2-E5. Now we need to assign them to keyswitch notes.Under the View menu, I check Group:Select Group by.

For reasons I  cannot understand, under Type I see Group for legato and nothing for staccato, but by holding the mouse down on each, I change them to Note and they default to C-2. I  change the legato not to C0 and the staccato to C#0. Now when I hit the keyswitch notes and play, I hear the correct articulations. The only problem is that the staccatos are too loud relative to the legatos. I drag the volume for the staccatos to -20. And now I am happy.

All that remains is for me to click the Red button in the upper left hand corner to exit the editor and when I do, Logic asks me if I want to save the instrument, which I do. 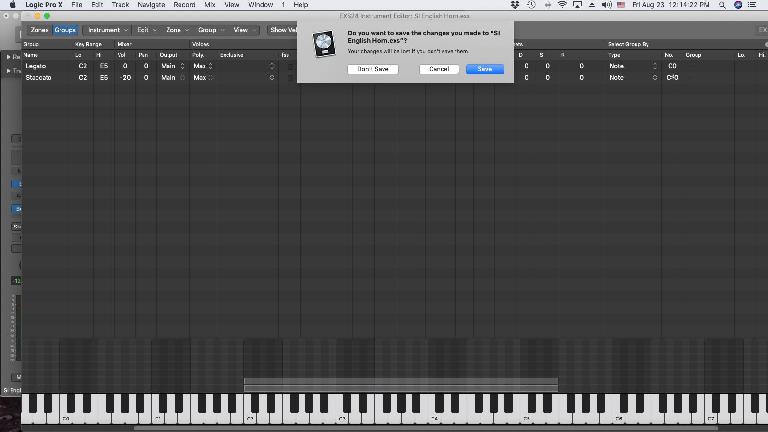 Using this method I can add more articulations, like trills, for example, and then create an Articulation Set for the instrument, and save it to my library. It’s a little time consuming, but in my view, often very worth doing.