Language
Reason can be the center piece, the hub of your digital and hardware music studio. In this tutorial Hollin Jones shows how to integrate ext. MIDI in Reason.

MIDI hardware has become popular again with producers all over the world, with synths and drum machines very much back in fashion. And while Reason has some great virtual instruments of its own, it’s also able to hook up with any MIDI gear you like! Here’s how it works.

Get your MIDI device set up

You might be used to simply plugging a USB MIDI keyboard into Reason to trigger it but to enable it to talk to other hardware, you’ll need a device with at least one hardware MIDI out port. The good news is that many USB keyboards and audio interfaces do also feature hardware MIDI out. If in doubt, check for the relevant port on the hardware. If your audio interface doesn’t have MIDI capability, a simple 1x1 USB MIDI interface can be bought for under $30. 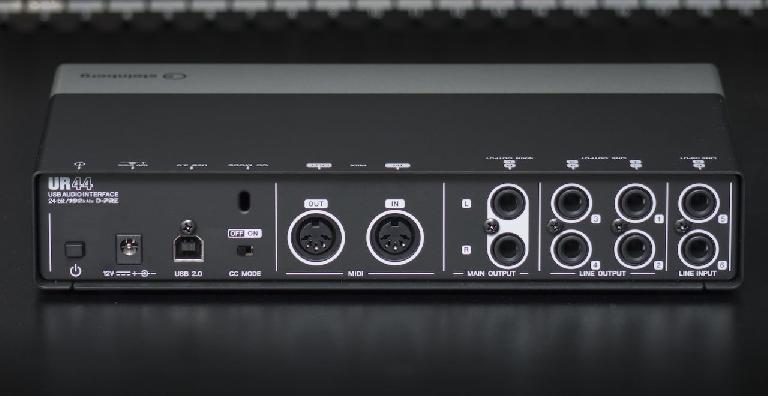 Go into Reason’s Preferences section and find the Control Surfaces section. Your MIDI keyboard will need to be shown as recognized here for normal Reason usage, but if it also has MIDI hardware outputs, then making sure it is set up will enable Reason to send MIDI out to it. If your MIDI interface is a separate device, say perhaps a combined audio and MIDI box, you can also add it here by using the “Other” option and then sending MIDI through it so it is recognized during setup. You can also go into the Sync section and specify the device as a MIDI Clock source and destination, in case you want to synchronize external gear as well as just triggering it. 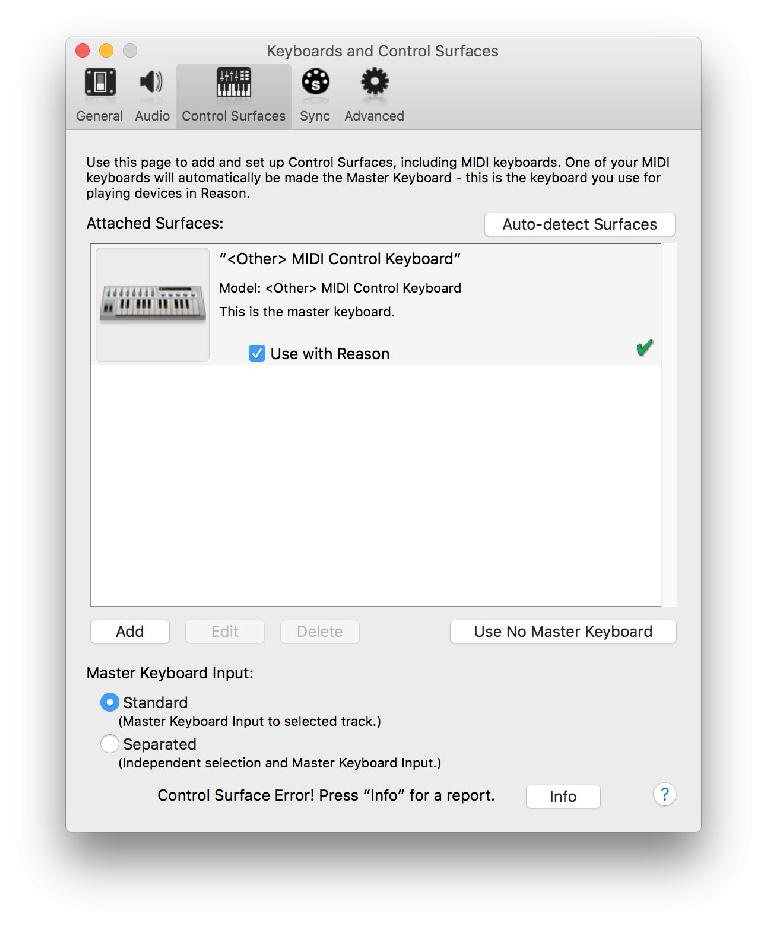 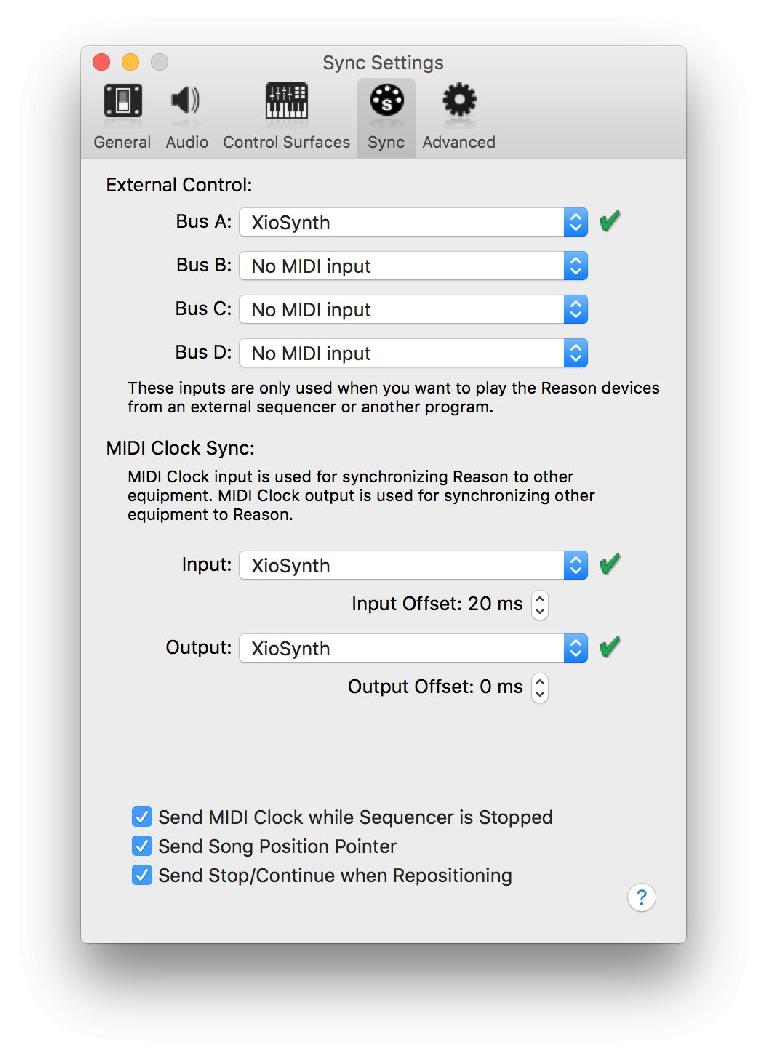 Reason has a special module that you can add to the rack whose purpose is to enable you to manage MIDI assignments into and out of Reason, and it’s called the External MIDI Instrument module. Add one now, and make sure your desired MIDI device—the one you want to send MIDI to—is selected in its drop-down assign menu.

Link the software and hardware from the Rack

Unlike the way it handles audio cabling and CV signal, Reason keeps MIDI assignment more or less invisible in terms of virtual cables, so you manage things using the front panel of this module. Making sure your MIDI hardware is connected and set to receive on channel 1 (for example), check that the EMI module is set to transmit on the corresponding channel using its channel menu at the bottom right corner of the module. When the module has MIDI focus in Reason (outlined in blue), your keyboard will pass signal through Reason and out to the hardware, for example a synth. The Pitch and Mod wheels will also affect the hardware, and the Program Change buttons will cycle through programs on the hardware.

Assign a CC from the Rack

You can use the CC Assign section of the EMI module to pick a specific MIDI control message (from 0 to 119) using the CC assign section. For whichever CC you choose, the knob on the EMI will then variably control that parameter, be it breath control, velocity, sustain or something else.

Make sure you can hear the hardware

What we’ve done so far is send MIDI out from Reason to your hardware like a synth or drum machine, but of course the sound from that device will need to go somewhere to be recorded. That could be to an external mixer, or you could simply create an audio input channel inside Reason and route the audio outputs from the device back into Reason for monitoring and recording. This is easy to do and creates a quick loop in the system that goes MIDI from Reason > MIDI hardware > audio back into Reason. By doing this you can trigger and record hardware without the need for an external mixing desk.

So you can now trigger and hear your hardware. But the EMI has a sequencer track in Reason just like any other device, so any MIDI data you record into the track appears in the sequencer even though it’s triggering external hardware, and the audio is being routed into an audio track. It’s behaving almost the same as a virtual instrument would. And you can do almost all the cool stuff you’d do with a soft synth as well. Go to the sequencer and make sure the EMI track is selected. Then click on the Track Parameter Automation menu and you’ll see a list of parameters that can be automated. This is a standard general MIDI list since Reason doesn’t know the specifics of the MIDI devices you are triggering. 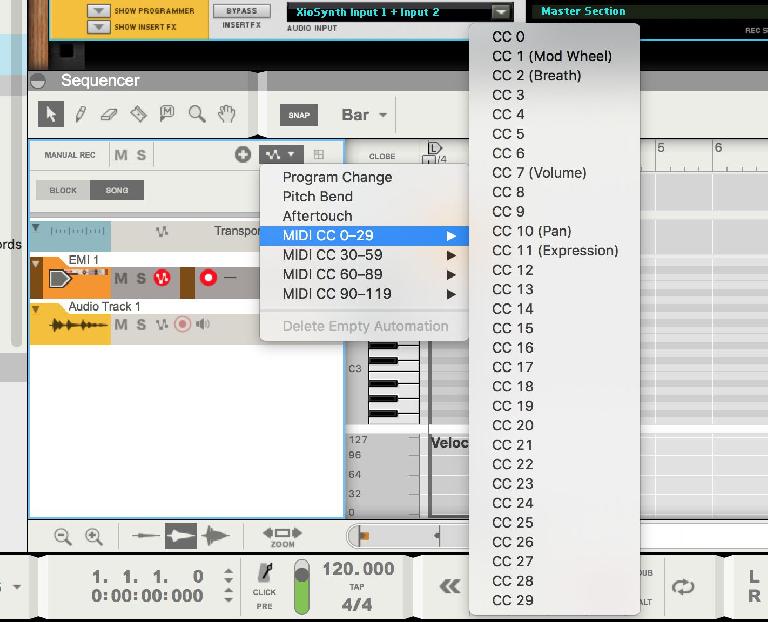 The cool thing is that you can record automation just as you would for any soft synth and this will be sent out to the hardware via the EMI. Obviously you will have to check which CCs you are automating, since each piece of hardware will be different. But as long as you match up CC numbers being sent with the parameters you want to control on your hardware, you can automate as flexibly as if you were working with virtual instruments. 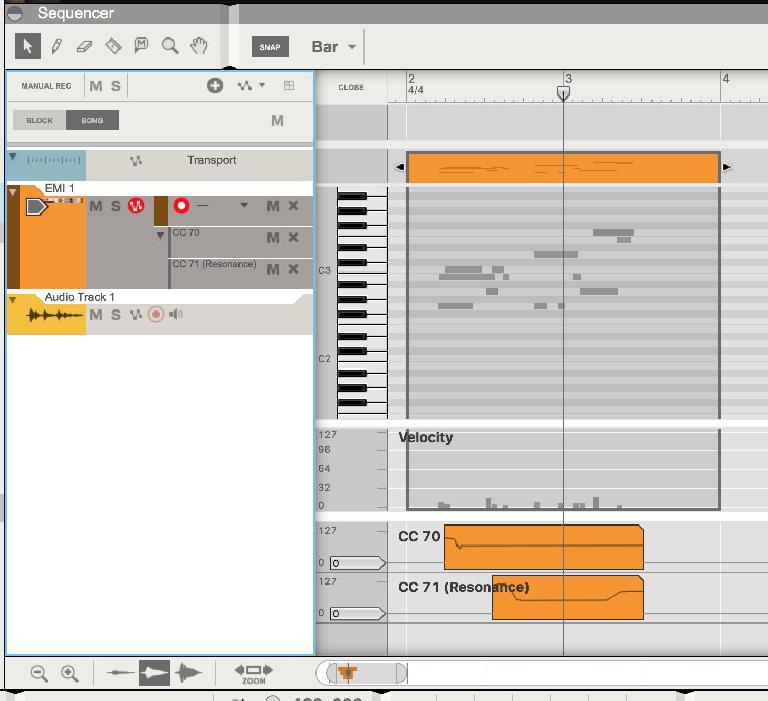 This is a useful tip for live performance and doesn’t require you to record any MIDI notes. Imagine you have an EMI linked up to a hardware synth and you are playing it live as part of a show. If you automate the Program Change control on the front of the EMI module—which is usually easier to do using its dedicated automation lane and the mouse—you can make the module send a message to the hardware at specific points in a track to select a new patch. It’s the same as if you automated, say, a ReDrum patch browser, only it works on the external hardware instead. It’s a clever way to bring more MIDI hardware on stage without adding lots of extra interface equipment... just make sure you’ve made the correct assignments before the show! 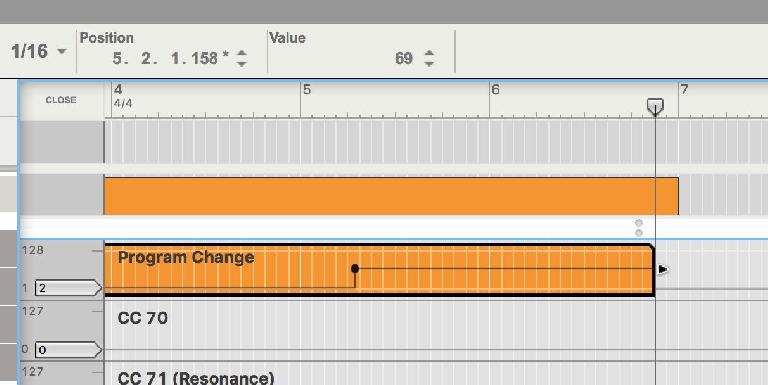