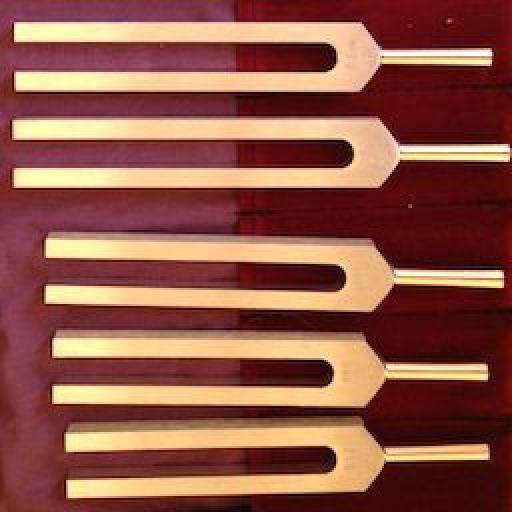 Language
Continuing our series of sound as a healing tool, Lynda Arnold takes an in depth look at how tuning forks can be used to tune and balance your mind, body and soul.

Last month, I interviewed sound healing pioneer Jonathan Goldman about his Chakra Tuner App and more specifically about the frequencies he sang for each part of the body. He sings the notes of the C Scale using the Pythagorean Tuning and also layers in specially designed Tuning Forks under his voice at the same frequencies. Tuning Forks have been established over the years as an important tool for sound healing, so let's explore a bit about why tuning forks are so effective. I'll show you a few of the tuning forks in my collection and provide some audio examples so you can hear these pure, overtone rich sounds for yourself.

Tuning forks have gained prominence in the sound healing arts because of their durability. Once a fork is designed to resonate at a certain frequency, it retains that frequency, even if you drop it or dent it. The sound tuning forks generate is acoustically pure and rich in harmonics and overtones. Practitioners play tuning forks by striking them together, hitting an activator or simply hitting their kneecaps (not too hard) to create the pleasant ringing sound. Striking the forks together releases more high-pitched overtones and ringing so some people prefer the other methods of playing them.

Since the science of sound healing has developed over the years to include specific frequencies for brain waves, the planets, the organs and more, having a specific tuning fork to match any of these frequencies allows quick access to these sounds. Tuning Forks are small and portable, and very convenient on the go. They can be played next to a client's ears or anywhere on the body. The weighted tuning forks send a physical vibration into the body and can be placed anywhere a client needs to release tension and bring about balance.

The tuning forks in my collection and much of the information I learned about them are from Dr. John Beaulieu, a renowned naturopathic doctor, energy, composer and sound healing specialist. In his book, Human Tuning, Dr. Beaulieu brilliantly outlines the basics of sound healing with tuning forks. The Pythagorean tuning is based on the intervals and harmonics found in nature. It is very different than the equal tempered tuning we use today. In fact, it is more 'sharp' than the ancient Pythagorean tuning. Orchestras tune their instruments to A = 440 Hz and in this case A = 426.7 Hz. Electro-magnetic energy flies all around us now with cell phones, TV, radio waves, wi-fi, etc. Tuning forks help bring us back to the balance with nature, much like being physically in nature or listening to waves at the beach will have the same effect.

All of the tuning forks described below are also tuned to the fundamental frequency of 8 Hz. This frequency is called the Schumann Resonance. It is the naturally occurring, circulating frequency of the Earth's pulse between the planet's surface and the ionosphere. In order for the tuning forks to be audible, the fundamental frequency is multiplied until it is in the range of our hearing. In essence, we are tuning ourselves to the sound of our planet. 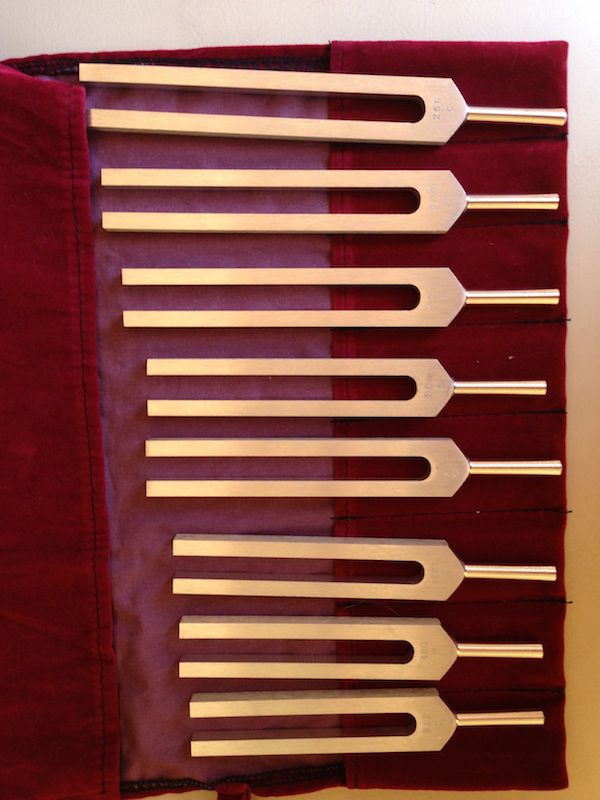 The centerpiece of the Pythagorean-based tuning fork system is the Solar Harmonic Series containing 8 forks based on a C scale, much like the notes that Jonathan uses in his Chakra Tuning App. The notes and frequencies are as follows: 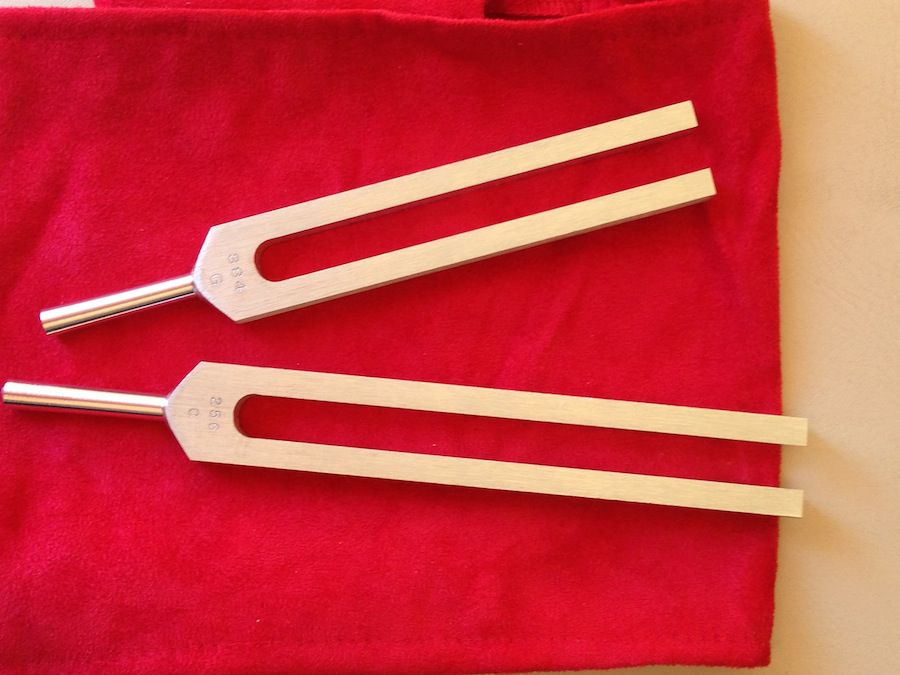 Listen to the audio example below to hear the pure tones of the fifth interval provided by the tuning forks.

The Otto C 128 has weights on the end of the fork (pictured below). It is based on the 'difference tone' of the Fifth Interval (384 – 256) so it also has the same powerful nervous system balance effects as playing the two C & G forks together. Researchers have found that using the Otto 128 fork stimulates the release of Nitric Oxide in our cells, a molecule that is central to the healthy function of our main organ systems. 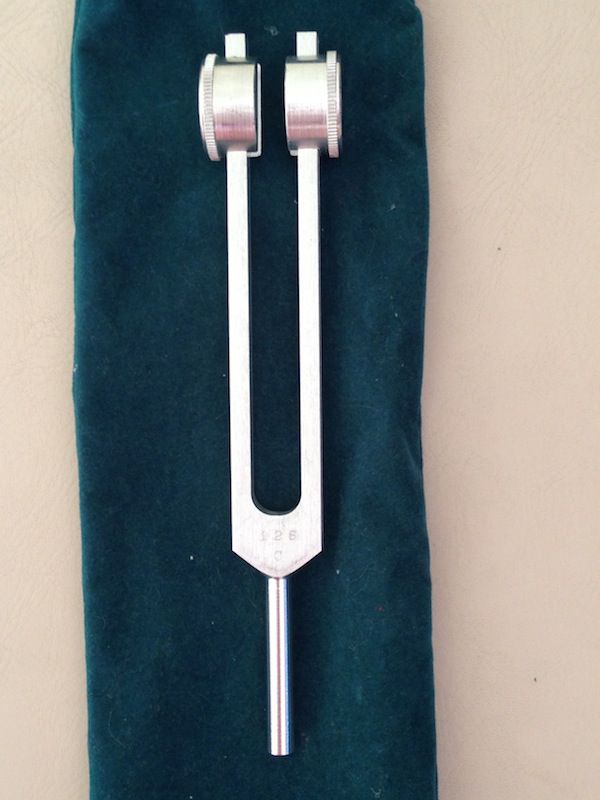 Practitioners tap the fork on the palm of the hand creating a very strong vibration and low sonic pulse. This tuning fork is often used on the body by placing the small end of the tuning fork on an acupuncture point releasing the vibration. Another place I use this fork is on the 3rd eye point, in the middle of the forehead, or the center of the chest. I also use this fork in conjunction with my Tibetan Bowls to close a session with a client. I've provided a recording of the Otto 128 so you can hear the power of this tone for yourself.

This is just a brief introduction to the world of Tuning Forks. It's a fascinating tool worth exploring more. For those of you who are interested, check out Dr. Beaulieu's book, Human Tuning, and also his website, www.biosonics.com, to purchase forks, books or find out when he may be doing a workshop near you.