How Sound Affects You: Gongs in Sound Therapy

Language
Continuing the "How Sound Affects You' / "Sound Healing" series, Lynda Arnold this time delves into the usage of gongs for musical mediation and sonic sound baths.

When most people think about Gongs, The Gong Show from the 1980s comes to mind. We also see them as part of a symphonic percussionist’s arsenal or with the occasional rock kit. Gongs are also used in meditation and sound therapy centers around the world. This lesser known use is gaining popularity in meditation and sound healing circles, inspiring a new generation of players for this ancient instrument. In this article, I will explore a bit about how and why they are used in this way and hear from two Gong facilitators based in the Los Angeles Area. 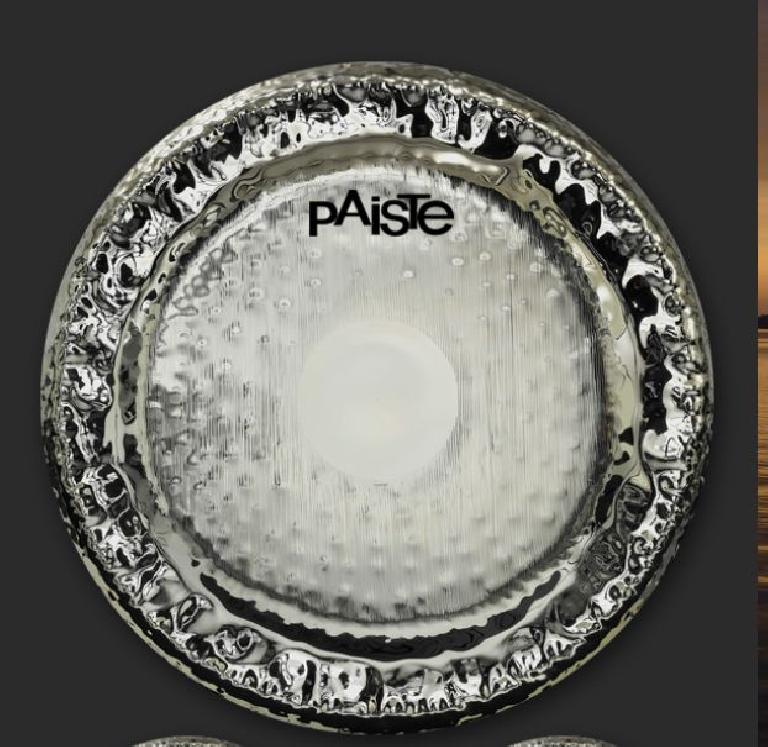 An Experience in Complex Sound

Guy Douglas, a successful sound healing facilitator in Los Angeles, who calls himself, The Gong Guy (gongguy.com), uses Gongs in his sound healing practice in addition to crystal bowls and other sound healing instruments. He offered some insights into the popularity of Gong as a sound therapy tool. 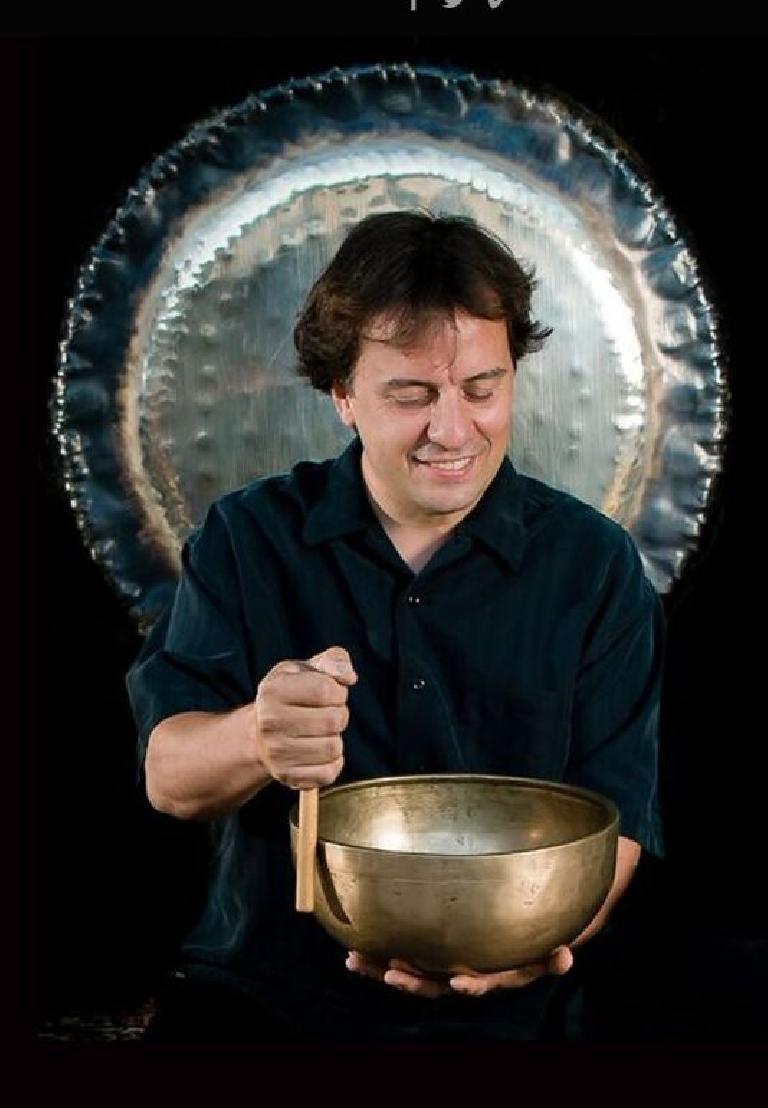 ‘The gong is one of the oldest sound healing instruments. Plenty of cultures have had one or many versions of a gong: China, Indonesia, Vietnam, Japan, and the Philippines, to name a few. Many say that the gong sounds like the roar of creation itself. When played correctly, it expresses the full spectrum of sound. Most instruments have an initial impact (called the “attack”) and then a decline of sound (called the “decay”). This is called the sound envelope. The sound envelope of the gong, however, is unpredictable. After the first strike and decay, the gong's sound returns of its own accord without any additional attack, and builds to a second and even higher peak. Yogi Bhajan called this the gong's “resound.” Because of this resound, the gong produces a complex synthesis of blended overtones that allows one to listen in a whole new way. Using a gong, we can fill a space with the sounds of every harmonic and overtone. As the returning waves of sound build upon one another, the sound of the gong becomes so complex, that the mind has no way to categorize it. The sound may resemble a variety of instruments being played at once. Due to the way these complex tones are synthesized within the ear, everyone has a unique, personal and variable experience with the gong.”

There are many ‘striking’ points on the gong, where players can achieve different sounds and textures. In the screenshot below from the Paiste website, the three striking points range from deep, enduring sounds in the middle, to swelling sounds just outside the center and higher, bright sound closer to the rim of the gong. The low and high frequencies range greatly depending on the size of the gong and materials used. Guy Douglas and many other gong facilitators have developed the practice of hitting the gong around the center (not directly in the center), to achieve the swelling sound or resound over a series of gentle and consistent mallet hits. The key to a good gong player, accordingly to Guy Douglas, is to see if he or she can play it without hearing the mallet hitting the gong. This is often achieved be using a super soft, large mallet. 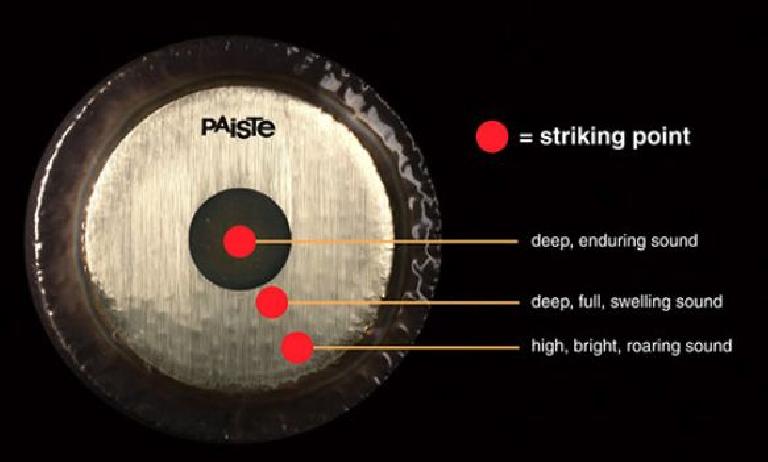 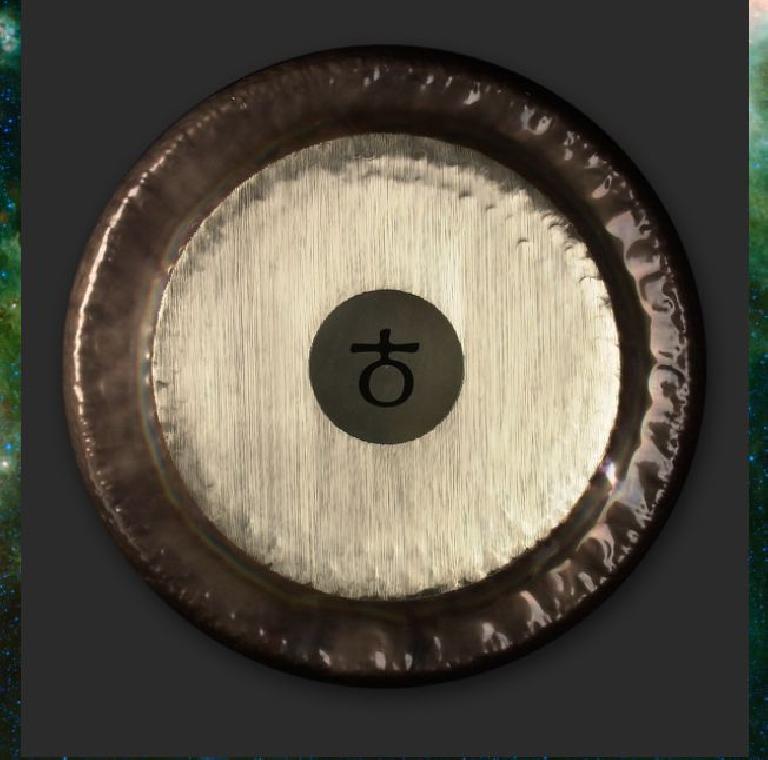 The most revered gongs used in Sound Therapy are made by Paiste (paistegongs.com) and Meinl, German-based companies. On the Paiste website in particular, there are quite a few sound therapists and gong music artists featured. Paiste’s selection includes Symphonic, Planet, Sound Creation, Accent and Deco Gongs. I often see the Planet Gongs used in sound meditations or sound baths. The Planet Gongs, a type of Symphonic Gong, range from 20–38 inches. They are tuned “in conformity with the natural harmonic series based in the orbital properties of the Earth, the Moon, The Sun and the Planets according to calculations of Hans Cousto. Thus they resonate in harmony with the cycles of the celestial bodies… and their sound color is extremely mysterious and conveys an unusual, unfathomable atmosphere.” More detailed information on how Hans Cousto made these calculations can be found in his book, ‘The Cosmic Octave.’ Planet Gongs have a particular fundamental note and are used by sound meditation facilitators to invoke the harmonics and overtones of each celestial body. Some facilitators have multiple gongs and others choose one or two. What’s more important is the unique playing style and intention of the facilitator. A great meditative player can bring about deep relaxation in participants, and a sense of wonder or well-being through the gong’s unique and unpredictable sound. 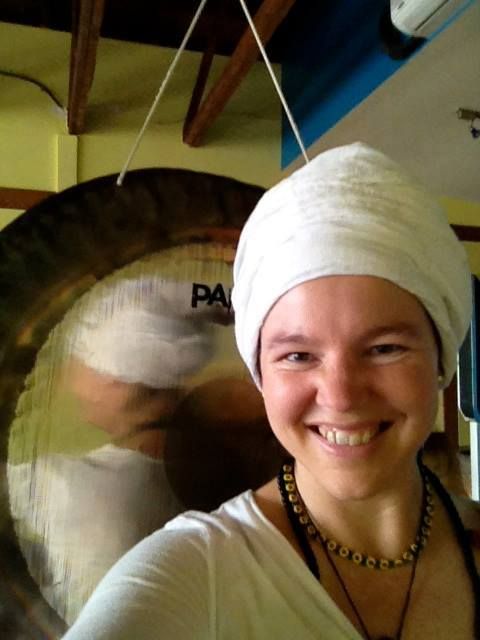 Kundalini Yoga is a particular school of yogic practice that ‘derives its name through a focus on awakening kundalini energy through a regular practice of meditation, pranayama, chanting mantra and yoga asana (Wikipedia).’ I recently spoke with Premdev Kaur, a Kundalini Yoga instructor and Symphonic Gong therapy facilitator based in Long Beach, CA. I was curious to find out why the Gong was such a popular instrument in that yogic practice.  She explained, ‘Yogi Bhajan, who brought Kundalini Yoga to the West in 1969, encouraged and trained his many students in the use of Symphonic Gong. Many Kundalini Yoga teachers work with Symphonic Gong to help stop the negative mind as the body is resting and integrating the effects of the Kundalini Yoga class. More and more people are having unforgettable experiences with Kundalini Yoga with the help of the Gong.’ Her students and clients often feel a sense of unprecedented relaxation when she plays, receiving the sound in a meditative state lying down, with eyes closed.

Explore the World of Gongs!

A great site to explore and listen to different gongs is gongsunlimited.com. There is a wide variety from different manufacturers with videos, demonstrations and useful information, in addition to mallets and other accessories. A gong is a nice addition to a music studio, even if you are not interested in sound therapy. You may find it a wonderful sound to have access to in your recording and performing work or an instrument enjoyable to play. Or, maybe you’ll find a Gong bath near you to attend and experience it for yourself!