How Sound Affects You: Cymatics, An Emerging Science

Language
It's amazing how much we know about sound and waves and yet how we're only on the cusp of understanding how sound vibrations affect us. In this article, Lynda Arnold explores the science of Cymatics.

Cymatics is the study of visible sound vibration and shows the transformational nature of sound and matter. Sound guides us and shapes us, yet is an intangible force. We can capture sound in the digital realm where we can see waveforms. But, that only gives us a 2D view. The world of Cymatics, however, gives us a different view and provides a major evolution in our understanding of how sound affects all of us. Cymatics gives validity to the fact that everything that we perceive as hard objects, including our bodies, are actually continuously vibrating at their own rates. This study clearly merges the fields of sound, geometry, light and mathematics into one through the presentation of stunning images created by frequencies of all kinds found in our bodies, in nature and beyond. 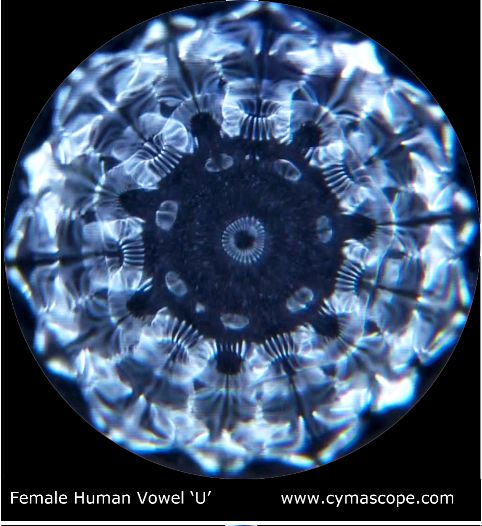 Ernst Chladni, an 18th century German physicist, is famous for studying the physics of sound by bowing a metal plate with sand on it to create simple geometric shapes. His work was foundational in the future development of Cymatics. More than a century later, Dr Hans Jenny started to experiment with different liquids and solids and continuous vibrating frequencies to test the physics of sound further. It was Jenny was coined the term 'Cymatics' containing the Greek word, 'Kyma' which means 'wave.' His seminal research was compiled in a book of the same name and contains hundreds of photos showing his results.

The CymaScope is an instrument developed over the past two decades by John Stuart Reid and Erik Larson that gives us even greater detail into this evolving study. This is the first commercially available CymaScope instrument available to scientists for research. Sonic vibrations are imprinted on 'ultra pure water' and pictures are taken of the patterns with a digital camera. The cymascope.com website offers a wealth of information from different academic disciplines with CymaScope images. During my Sound, Voice and Music Healing certificate program at CIIS in San Francisco, Erik Larson brought a CymaScope and offered a fascinating live demo. 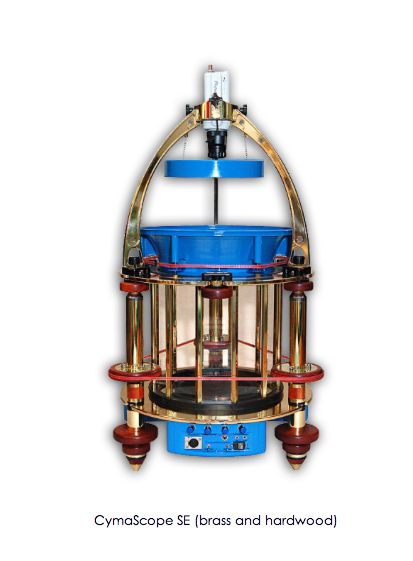 As tones reveal themselves as patterns in water or on vibrating plates with sand or another substance, zero points are revealed. These zero points or nodes are places where vibration does not exist and where the materials form the pattern that we can see. It's fascinating to realize that a tone does not create vibration on the entire surface, but rather forms distinct and beautiful geometric shapes, each with a different pattern like snowflakes. The picture below, from cymascope.com, shows the geometric patterns of the notes of a piano. Each notes forms a unique geometric shape.

Figure 3—Notes on a Piano as Cymatic Images (cymascope.com).

In the case of liquid-based experiments the image is a bit different. A tone will generate a standing wave with synchronized peaks and troughs. The peaks are the harmonic content lifting the water and the troughs represent the nodes or areas of lower vibration. Water experiments are great because the sound is represented as a controlled 3D pattern. I found a great video on YouTube by Collin's Lab that shows water and cornstarch DIY experiments:

Moving from Chaos to Order

Studies originally done by Dr. Hans Jenny and repeated by other scientists show that when playing a toning sweep through a range of frequencies, there is a moment when chaos ensues when changing to another tone. The chaos occurs when matter of any kind is rearranging itself into a new form based on the new frequency. Matter is designed to move away from chaos and into form and vice versa, a never-ending cycle that occurs on all levels continuously from our cells to our universe.

It's humbling to think these singular and subtle tones can create so much intricate beauty. The type of geometry represented by many Cymatics images contains reoccurring themes like spheres, hexagons and spirals. These are elements found in nature and give validity to the rejuvenating power of sitting by the ocean or hiking in the forest. As we tune in more and more to natural environments, we are sure to notice the noise pollution of cities and the affect it can have on us. If one tone can create these imprints, imagine with an amalgamation of harsh or unnatural sounds can have on our bodies. The theory is vibrational geometry of nature can bring us back into balance while the noise pollution and increasing electromagnetic fields around us can throw us off or in worst-case cause disease. The study of Cymatics started out to be a visual experiment but is continually evolving to include metaphysical, philosophical and environmental impact discussions as well. Everything is connected when we start to look at the basic essence of vibration.

Our thoughts and emotions are powerful electromagnetic forces capable of affecting matter all around us. Dr. Masaru Emoto documented this best in his experiments with water in his book Messages in Water. His most famous experiment compared two different water samples. One sample was infused with thoughts of love and happiness and the other thoughts of negativity and hate. Both samples were frozen so a slice could be extracted and looked at under a microscope. The resulting visual patterns showed two completely different images. The love image was a beautiful geometric pattern while the other sample was jagged and random. This certainly shows the power of our intention on matter and how it can affect our environment. The scientific validity of these experiments continues to be challenged but it's worth a look into his unique intention. 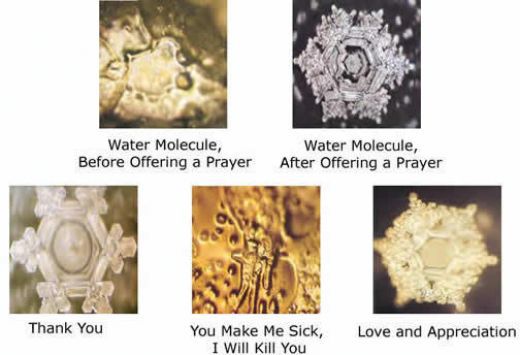 During my research for this article, I was particularly drawn to the work of Jeff Volk who has compiled the research of Dr. Hans Jenny, written many articles about Cymatics and traveled the world teaching about it. His site, cymaticsource.com, has a wealth of information about this field and its implications in the larger world of consciousness, health and well-being. He proposes the following in one of his in-depth articles:

“Once you've objectively observed how a stable structure can dissolve into chaos, but then in just a matter of seconds, re-configure into a more complex and finely-ordered form, you can begin to view your own tumultuous circumstances a bit more objectively as a purposefully evolving process leading toward greater personal equanimity and coherency.”

As we (musicians and producers) meditate on the study of Cymatics, it will surely influence the way we perceive sound and matter. From a musical perspective, we can open ourselves up to playing with tension and release within compositions with Cymatic imagery in mind or take a second look at the sounds we choose. I hope this article gives you a greater perspective on your own musical and sonic work or at least opens to the door to a new way of looking at the world we spend our daily lives in. Cymatics is a worthy study into way sound can affect us.

airforceguitar
Cymatics is indeed a very interesting and inspiring field of study. Please don't tarnish it's beauty with pseudoscientific prose! You would have been better off leaving Dr. Emoto's peer-rejected, never replicated "results" out of the article. ;)
Glitch Gatsby
^Agreed. Masaru Emoto is a new-age hack. Cymatics is applied physics. Anyone can replicate cymatics and chaldni figures. Nobody can replicate Emoto's experiments, failing the last step of the scientific method. I'd delete that part if I were you. Weakens the entirety of the article.

That, or don't claim to be approaching this scientifically.